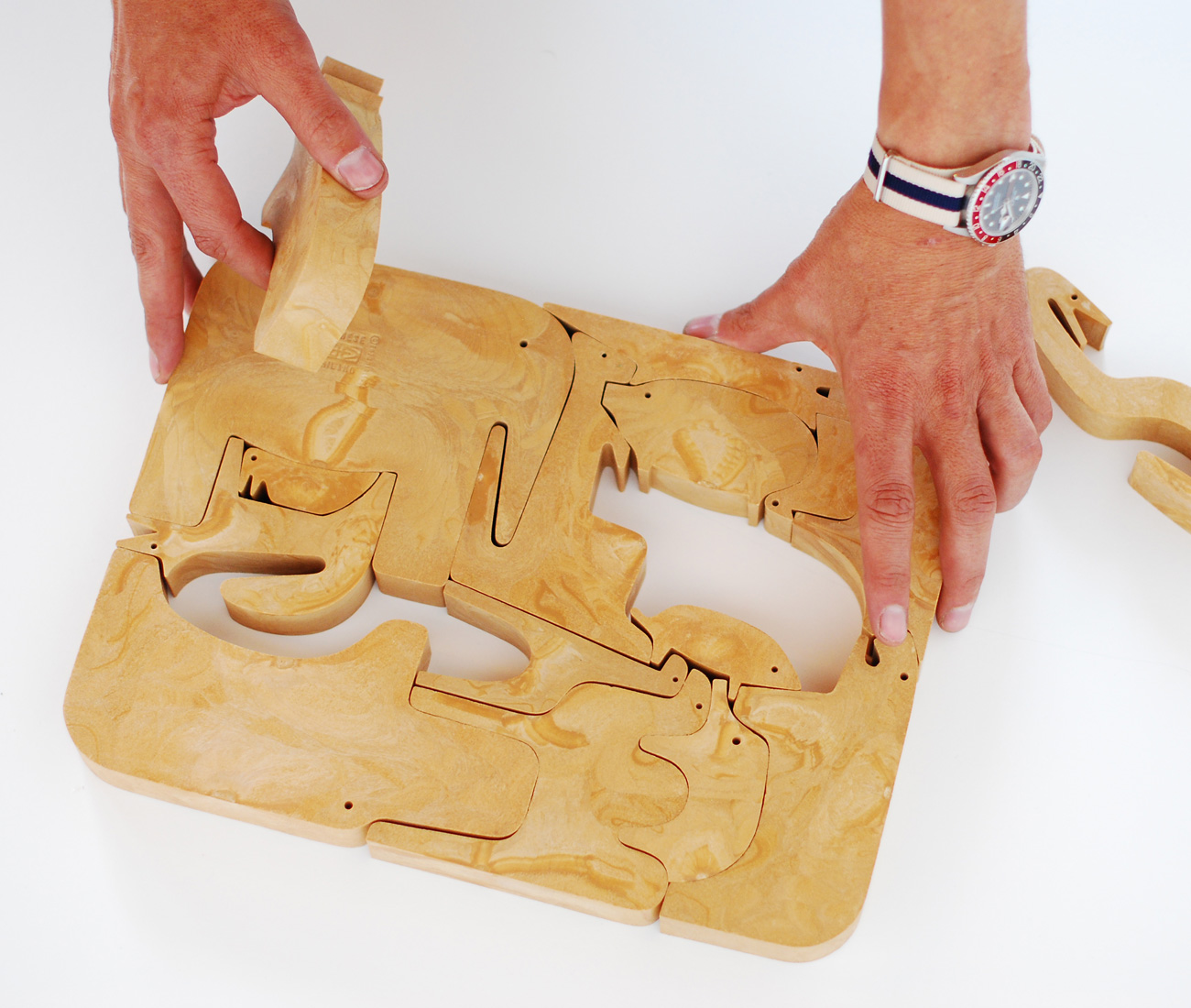 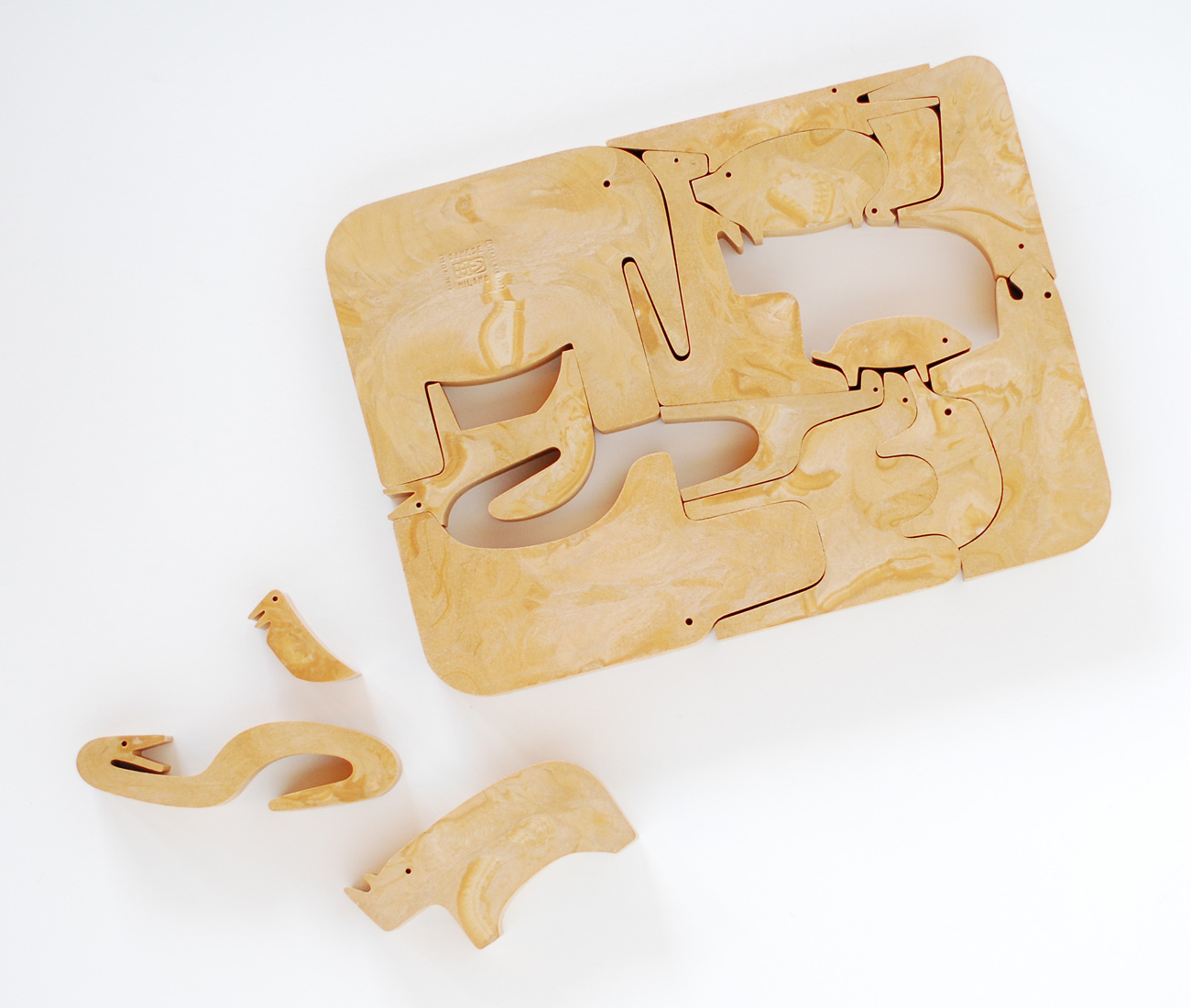 Enzo Mari and the enduring power of the puzzle

It was Erno Rubik, inventor of the Rubik’s Cube, who pointed out that the problems of puzzles are very near to the problems of life. Full of voids, misplaced pieces and false starts, existence has no simple arrangement. Maybe that’s why puzzles remain such beloved objects, harnessing life’s rare sensation that something has fallen directly into place, and compressing it into winnable play.

Such a puzzle lives in Porch Modern, Colen Colthurst’s rare furniture showroom off Geary Avenue. It’s a 1972 edition of 16 Animali by Enzo Mari, made from expandable resin masquerading as wood – and it will cost you $1500. 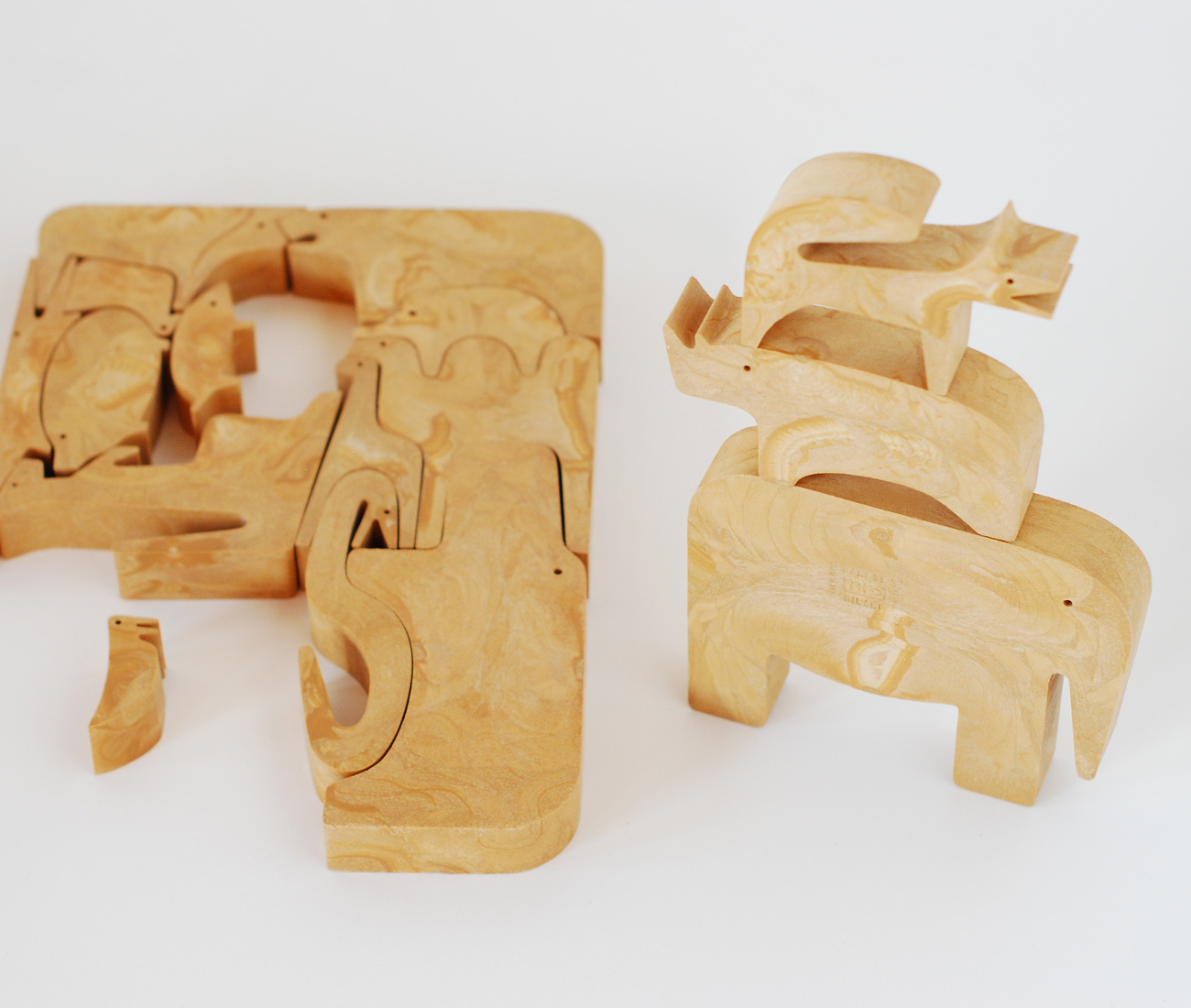 Limited production (Danese makes 200 a year) contributes to the price tag, but by no means does that translate to hands off. It may be a revered object from an Italian artist-designer whose work has been collected by the MoMA, but it also begs to be stacked, towered and herded, bringing the static 2D puzzle into 3D form. “It’s an expensive toy,” says Colthurst. “But it’s an inexpensive piece of sculpture, too.”

One that might seem at odds with its maker. Mari is, after all, known for his abrupt temperament and communist leanings. His Marxist-inspired DIY furniture – blueprinted in the 1974 book Autoprogettazione – is a far cry from his series of toys for Danese Milano. According to Colthurst, Mari dreamt about Animali before designing the first version in 1957, his Noah-esque vision not yet tainted by the political strife of 1970s Italy.

A flirtation between naiveté and sophistication, the elephant, birds, kangaroo and others are defined by the meticulous precision of their connections. It’s a careful order that allows the pieces to function intricately as one. Harmony may be among life’s tougher puzzles, one we’re still trying to solve in our own ways. But as Mari surely knows, you can capture it, if even for just a moment – that’s the beauty of a toy. 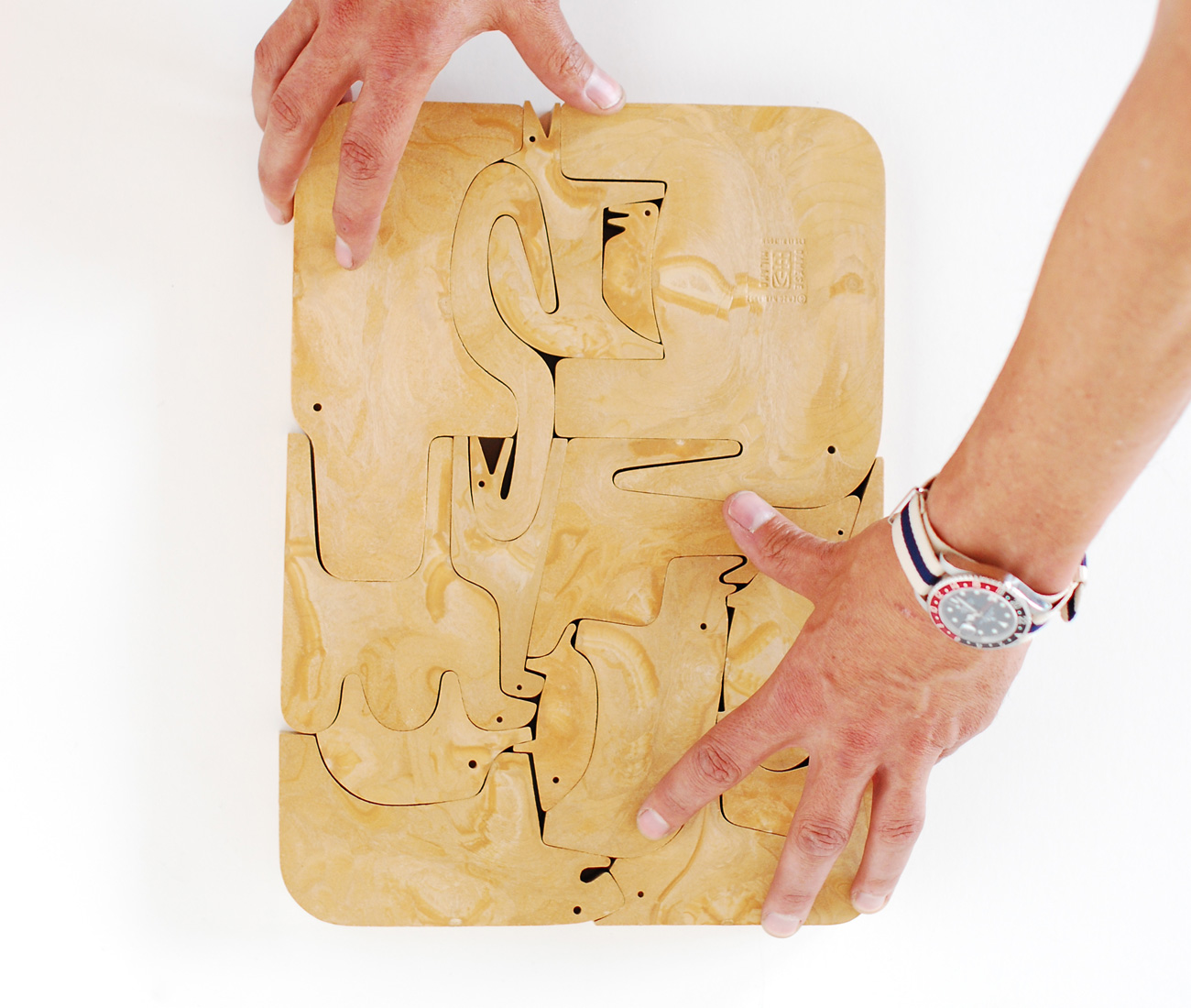