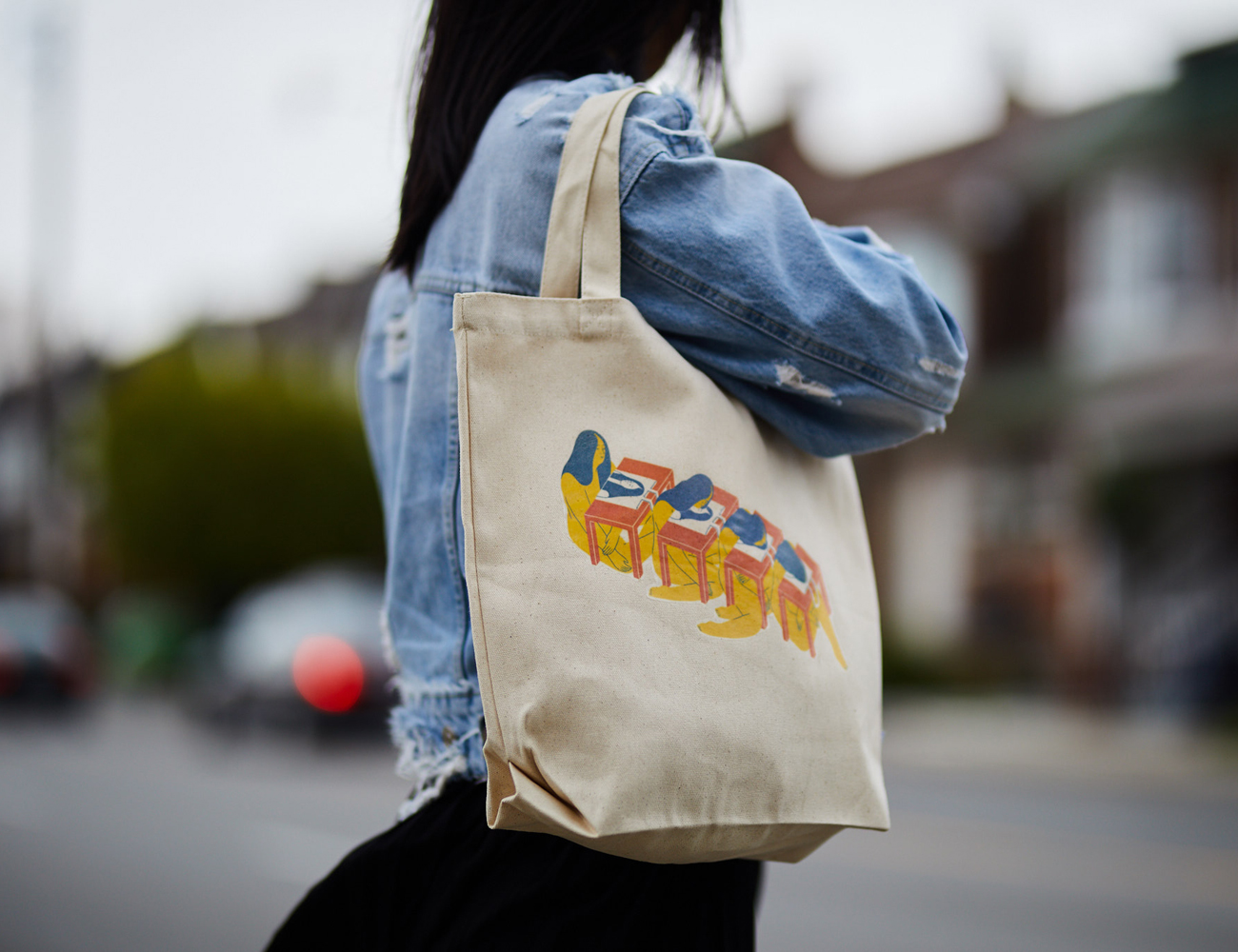 As her voluptuous, sensual figures slowly conquer the city, illustrator Ness Lee refuses to give it all away

For a self-confessed homebody, Ness Lee sure gets around. By far her most recognizable motif – now a familiar inhabitant across the city – is a voluptuous, long-haired figure, often rendered in ink, that has drawn comparisons to Japanese folk art, sumo wrestlers and even the artist herself.

Blink, though, and you might miss one of its star turns, despite the strength of the illustrator’s work. Take, for example, a pillar in Underpass Park painted with myriad black and white studies of a face. For Lee, they depict the ache of being alone in a crowd with one’s “many selves.” Meanwhile, in the West End, you can find one of Lee’s nude figures embracing a geometric songbird by street artist BirdO, seeming to float in an alleyway at Queen and Shaw streets. And, for a seasonal menu card championing breakfast, commissioned by the Drake Hotel, Lee’s muse is conjured again as a spear-wielding warrior riding a tiger. 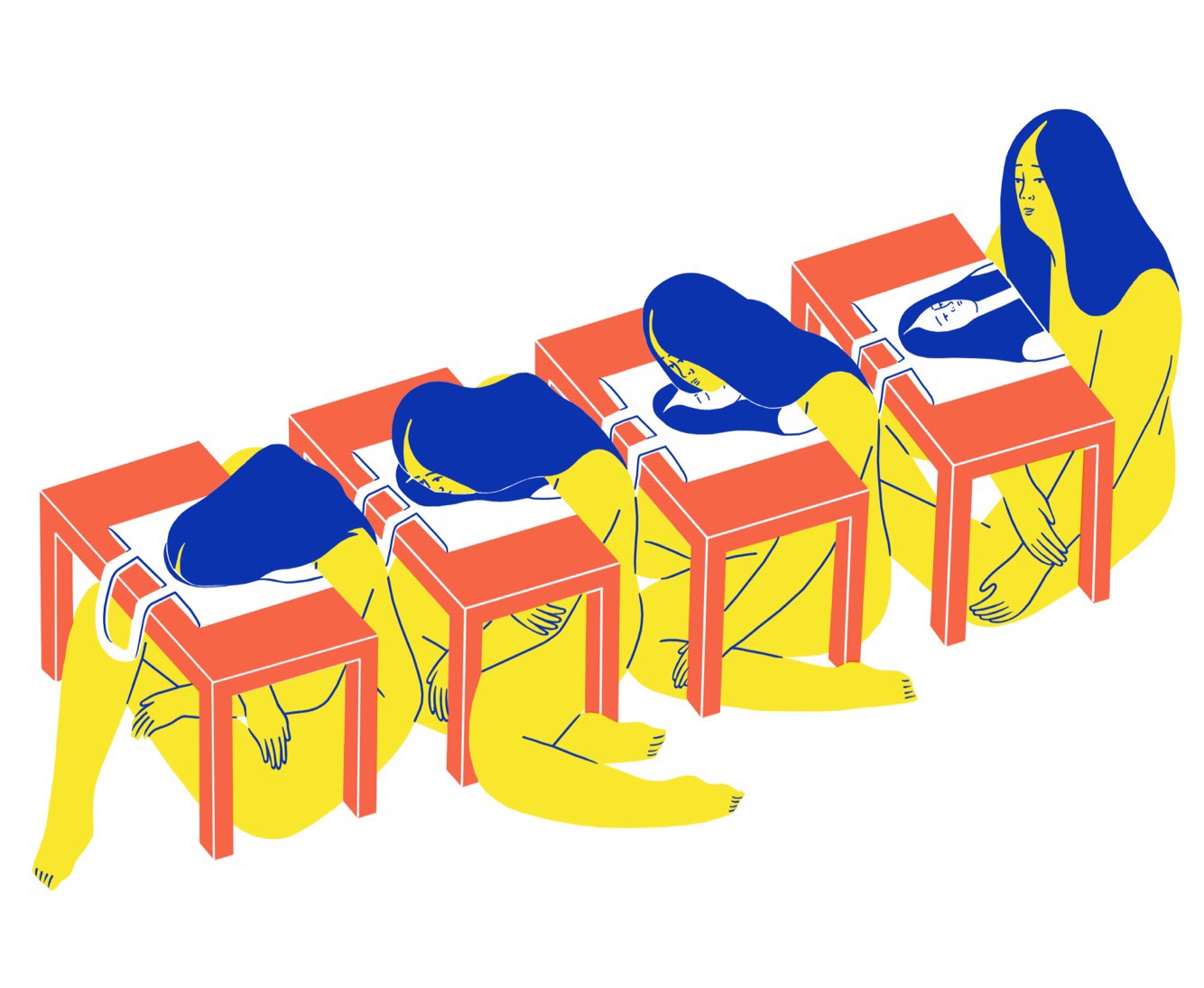 Lee, who studied illustration at OCAD University, traces her unique aesthetic to Japanese erotica. “I find shunga hilarious,” she says, pointing to an X-rated plate in a coffee table book at her home studio. “Their body parts are enormous – like tree stumps. But I find the line work and flow beautiful; it has so much energy.”

And so, when Lee works, she likes to draw continuous, smooth lines that augment the roundness of her character’s bodies. Her public murals, prints, ceramics and enamel pins seem to swell with undulating human forms, while her canvases, gratifying in their number and size, seem to barely contain them.

As she releases more fleshy figures into the art world, ponderous with emotion, Lee finds new ways to express her introspective side. An illustration of a person kneeling in front of a tote bag printed with their own face, for instance, grapples with the irony of a visual diarist reproducing herself for the public. But Lee, shown with her legs squirming under the table, refuses to give it all away just yet. 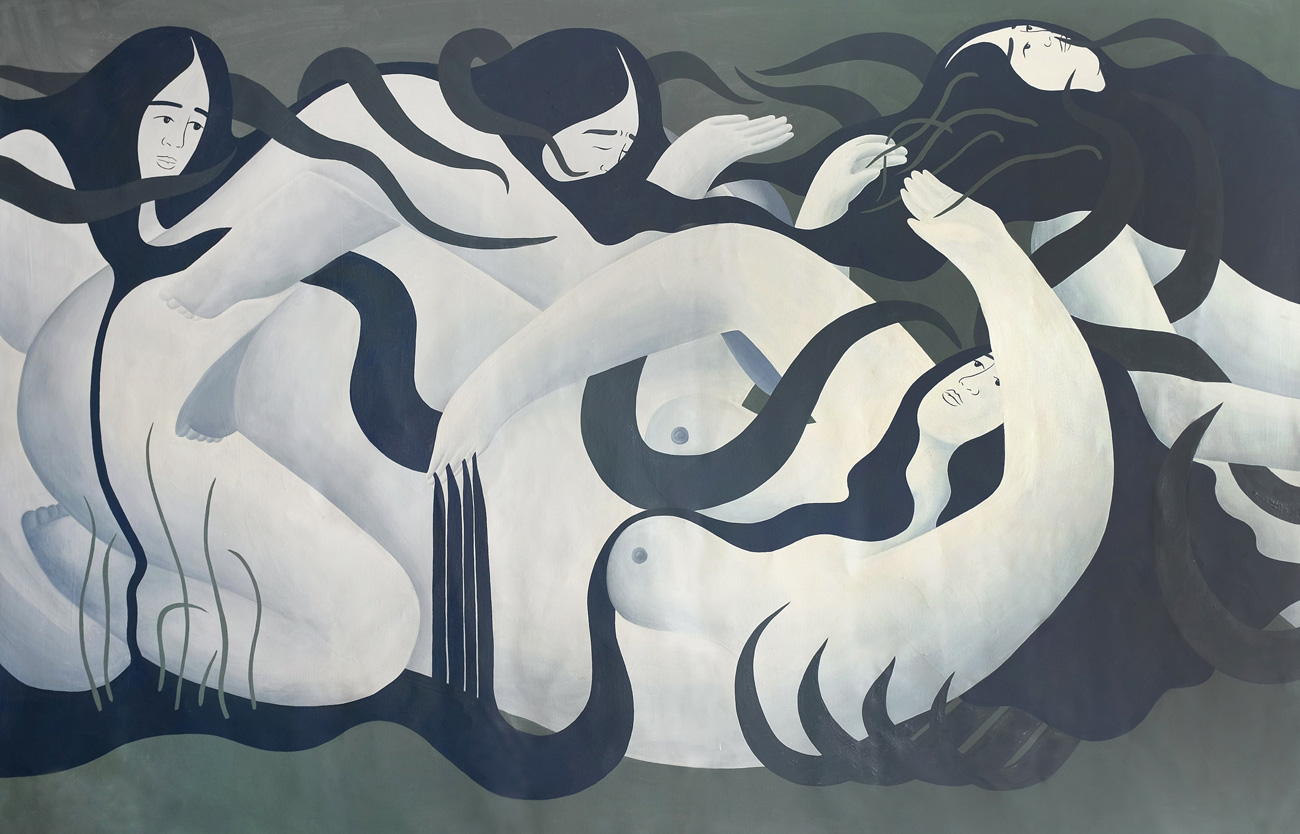