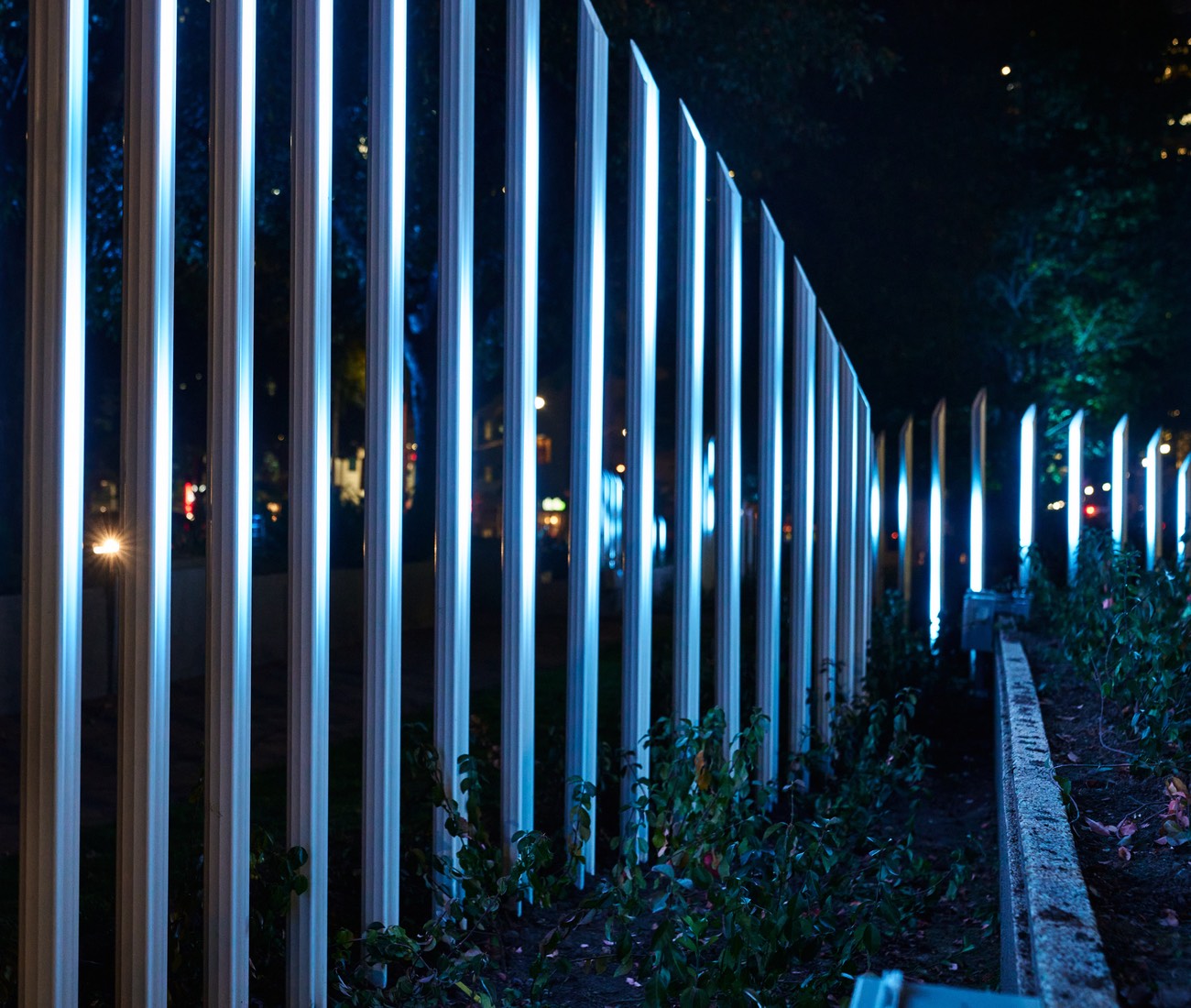 The hospital district welcomes a bright new symbol of hope

University Avenue has gained a dynamic new centrepiece designed to enliven the city’s hospital district. “Lightwave,” a sinuous composition of glowing aluminum poles, now anchors the four medians that run between Elm Street and Queen’s Park Circle. In another welcome improvement to the area’s ambiance, the tubular lights also coordinate with fresh landscaping and site lighting as part of a larger installation dubbed “Radiant Journey.”

The project is the first undertaking by The Friends of University Avenue, a non-profit organization spearheaded by designer Christine Ralphs. One of the original co-founders of Club Monaco, Ralphs directed the retailer’s early store designs and branding before going on to co-found residential and commercial design firm Lloyd Ralphs Design.

While visiting University Avenue – first to support her late husband during his hospital care, and then again as a cancer patient herself – Ralphs was discouraged by the street’s presence at night, when it effectively became a “black hole.” Even by day, the medians along University Avenue, originally meant to give the street the ceremonious presence of a grand boulevard, have long felt neglected. As an area that serves people going through some of the most difficult moments of their lives, the boulevard’s bleak identity posed a big problem. 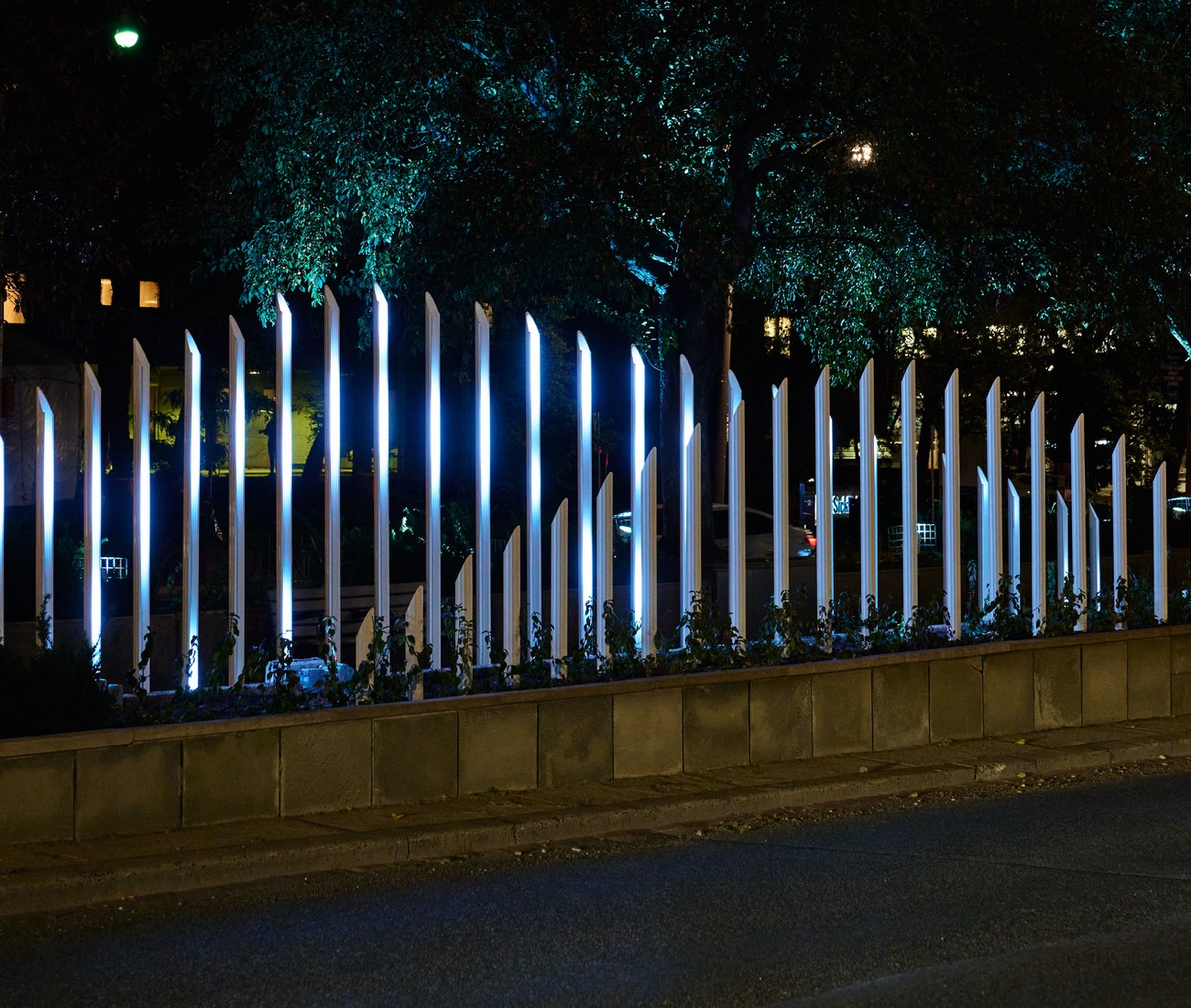 In turn, Ralphs set out to introduce something that could act as a “beacon for the hospital patients and workers who fill the area. Partnering with a star design team that included Paul Boken from Mulvey & Banani Lighting, Brad Hindson from public art firm Studio F Minus, and Ron Holbrook from Holbrook & Associates Landscape Architects, she developed “Radiant Journey.” The installation was first illuminated last week during a ceremony held in front of SickKids featuring remarks from Joe Cressy, Mike Layton and John Tory. 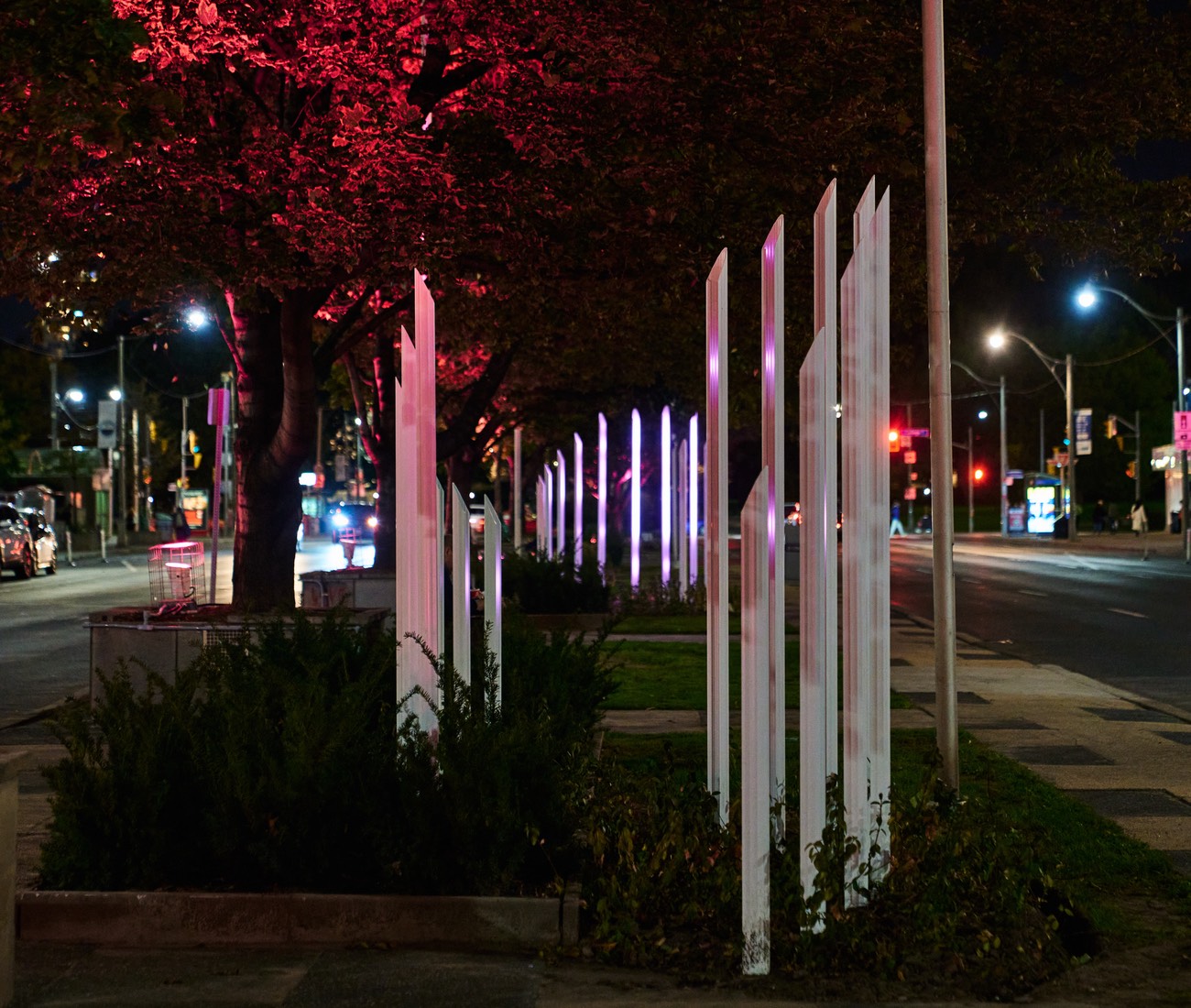 By day, the installation’s sculptural forms have an intriguing modern presence that reaches everyone from drivers to pedestrians to hospital patients looking out their window. But it’s by night that “Lightwave” springs into action, playing animated lighting sequences that can be programmed to respond to either an audio feed or to ambient sound detected from the surrounding environment. In total, the 380 metre-long stretch comprises 20,000 individual points of light. 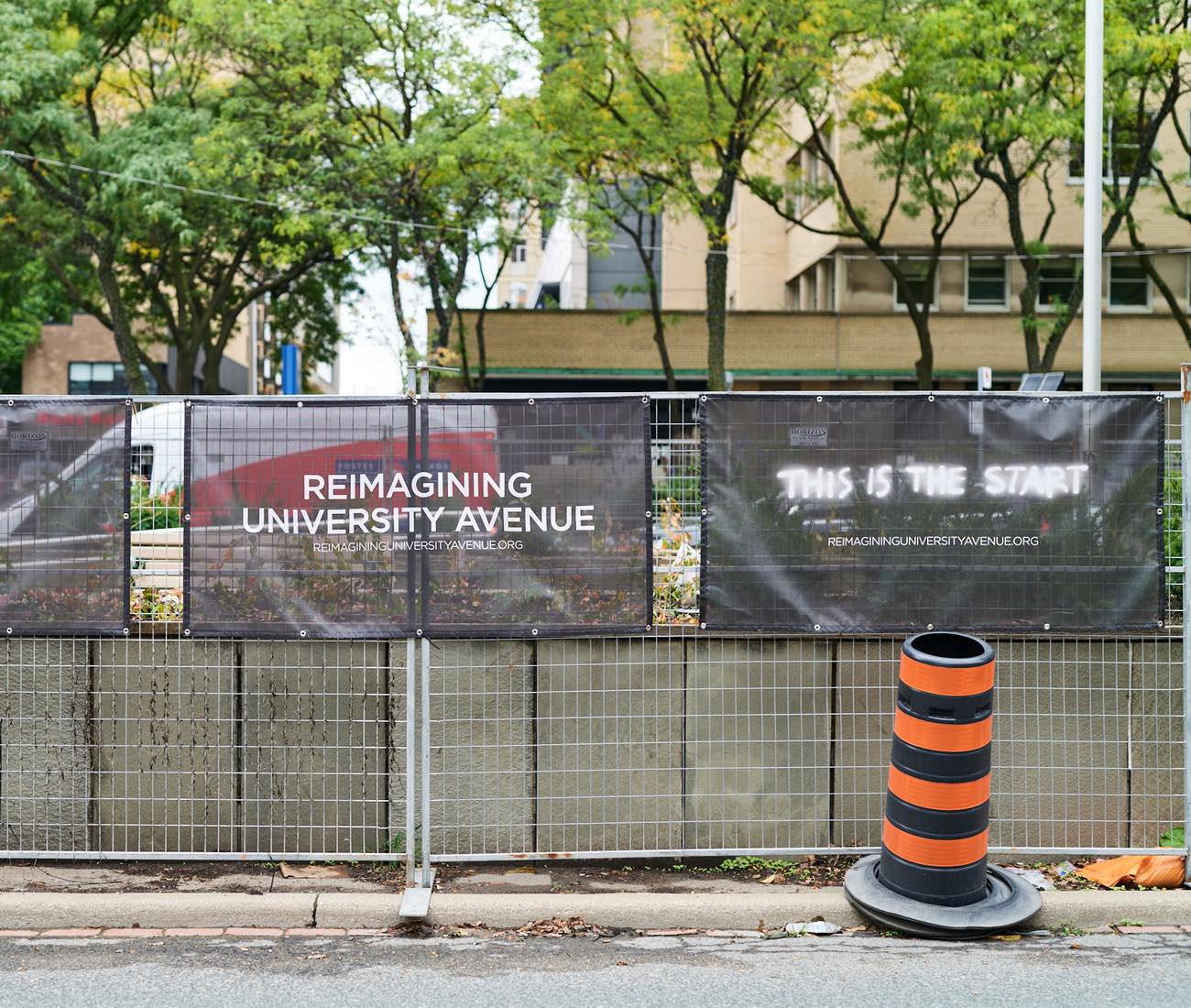 Radiant Journey is also part of a bigger journey, dubbed Reimagining University Avenue. A second phase, launching next year, will introduce a public art program, another strategy developed to better activate the boulevard’s medians. Evidently, the middle of University Avenue is in the middle of an exciting transformation – and based on the first stage, the prognosis is promising.

Look for more coverage of the Reimagining University Avenue project in our upcoming issue!