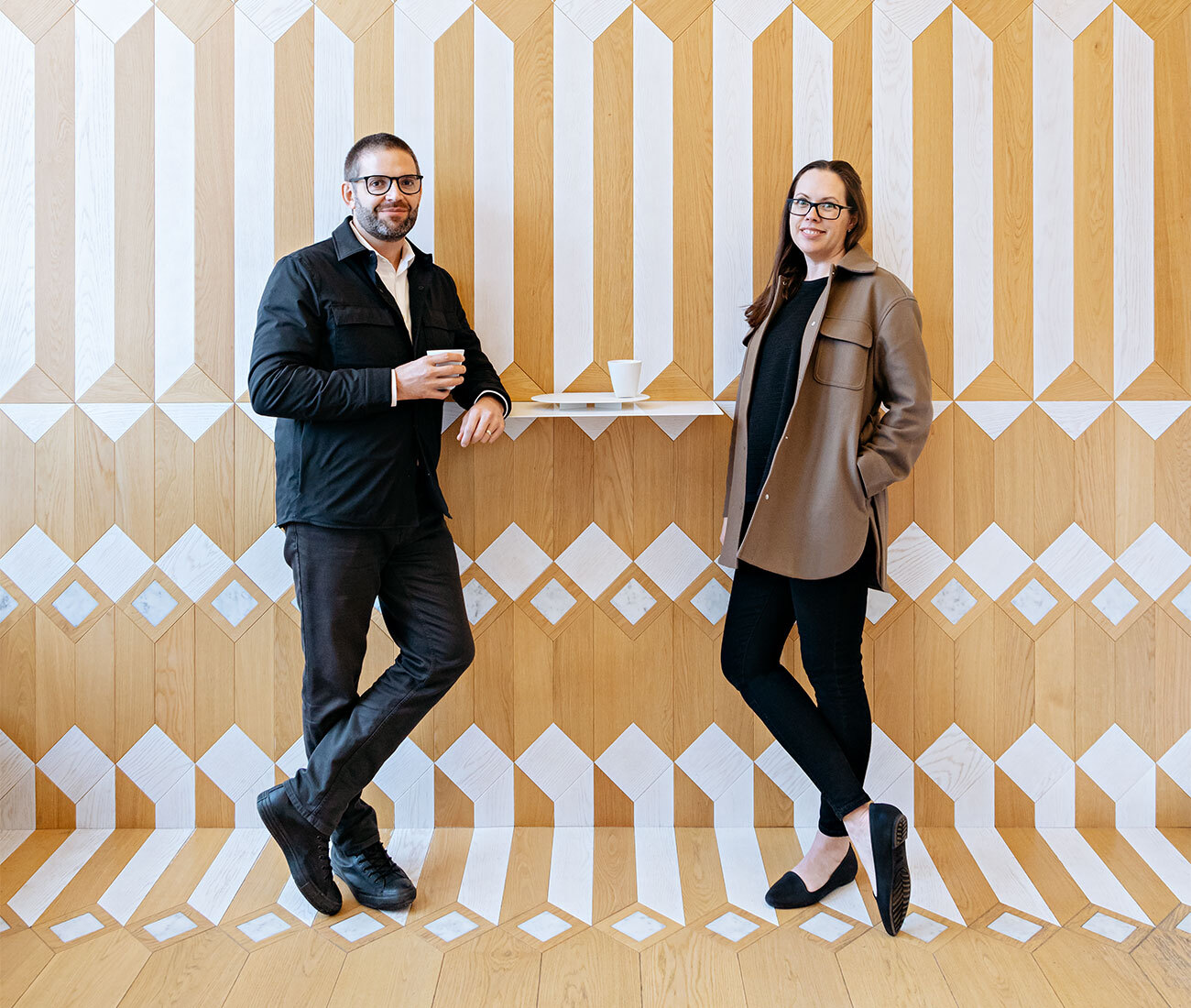 Amid the Victorian mansions of Parkdale – remnants of the neighbourhood’s 19th-century past as an upscale suburb – two modern homes beg pause from passersby. A brise-soleil creates an eye-catching screen and a secret art installation for the public: the shapes of crocodiles, camels and raccoons embedded in the graphic arrangement, visible only at certain times of day.

Scaled to neighbouring houses and matching their red brick exteriors, the four-storey double duplex paradoxically seems to both blend in and stand out. It’s as though someone’s tossed into a twister the visual elements of the street – the bay-and-gable typology and the muted wood of the elderly elm trees – and combined them into something entirely new.

Those someones are Andrew and Jodi Batay-Csorba, founders of an eponymous firm making its mark on Toronto by remixing the city’s most iconic architectures. In 2010, the couple returned from Los Angeles, where they worked under legends Frank Gehry and Thom Mayne; originally, they hail from Thunder Bay and Leamington.

“We wanted to contribute to Canadian architecture – there was a connection for us here,” Andrew says. “But we didn’t grow up with the normative conditions of Toronto, so we started by understanding the unique qualities of its built environment.”

The proof of that investigation is in the pudding. At a new build in the High Park area, the couple created another graphic facade that celebrates the local tradition of ornate masonry often seen in the exterior detailing of Victorian rowhouses. Spare of windows, this monolithic brickwork frontage cuts to an unexpected curved carport. Skylights illuminate the modern interior, where barrel-vaulted ceilings add romance and unify indoor spaces with the exterior.

With a rich background in collective space, Batay-Csorba has undertaken everything from Milky’s caffeinated 28-square-metre interior (born of engineered wood flooring from Relative Space) to a six-storey boutique office building in Liberty Village that reignites a relationship with precast concrete. This year, they’ll contribute to Westbank’s Mirvish Village development at the landmark Honest Ed’s site, undertaking the design of two public markets and invoking the bygone discount centre’s invitation to get lost among curiosities.

The project captures one of the central dilemmas of how we rebuild cities, says Batay-Csorba – “that tug-of-war between sentimental nostalgia and evolution.”

For this firm, it’s not an impasse, but a starting point. Density and the question of heritage architecture are only two topics in the larger conversation of rebuilding Toronto (affordable housing and public space holding even more prominent seats at the table). Reinventing how we build will be critical for Toronto’s architectural progress – acknowledging the city’s many pasts while developing its future. With more thinkers like Batay-Csorba, we can wager that future will be bright. BATAY-CSORBA.COM 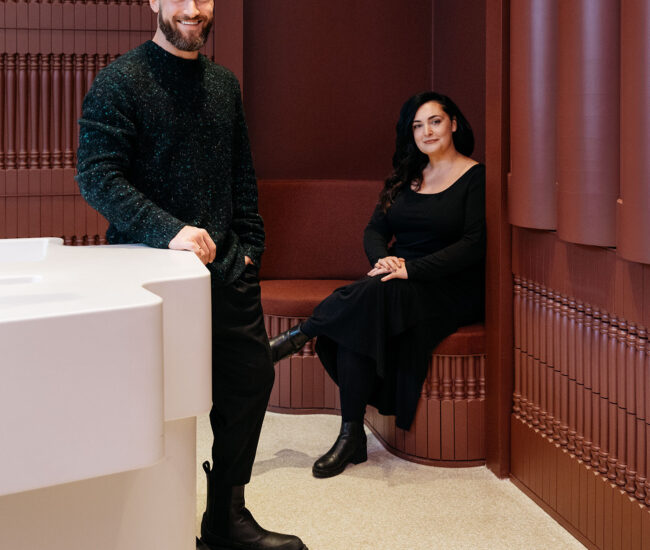