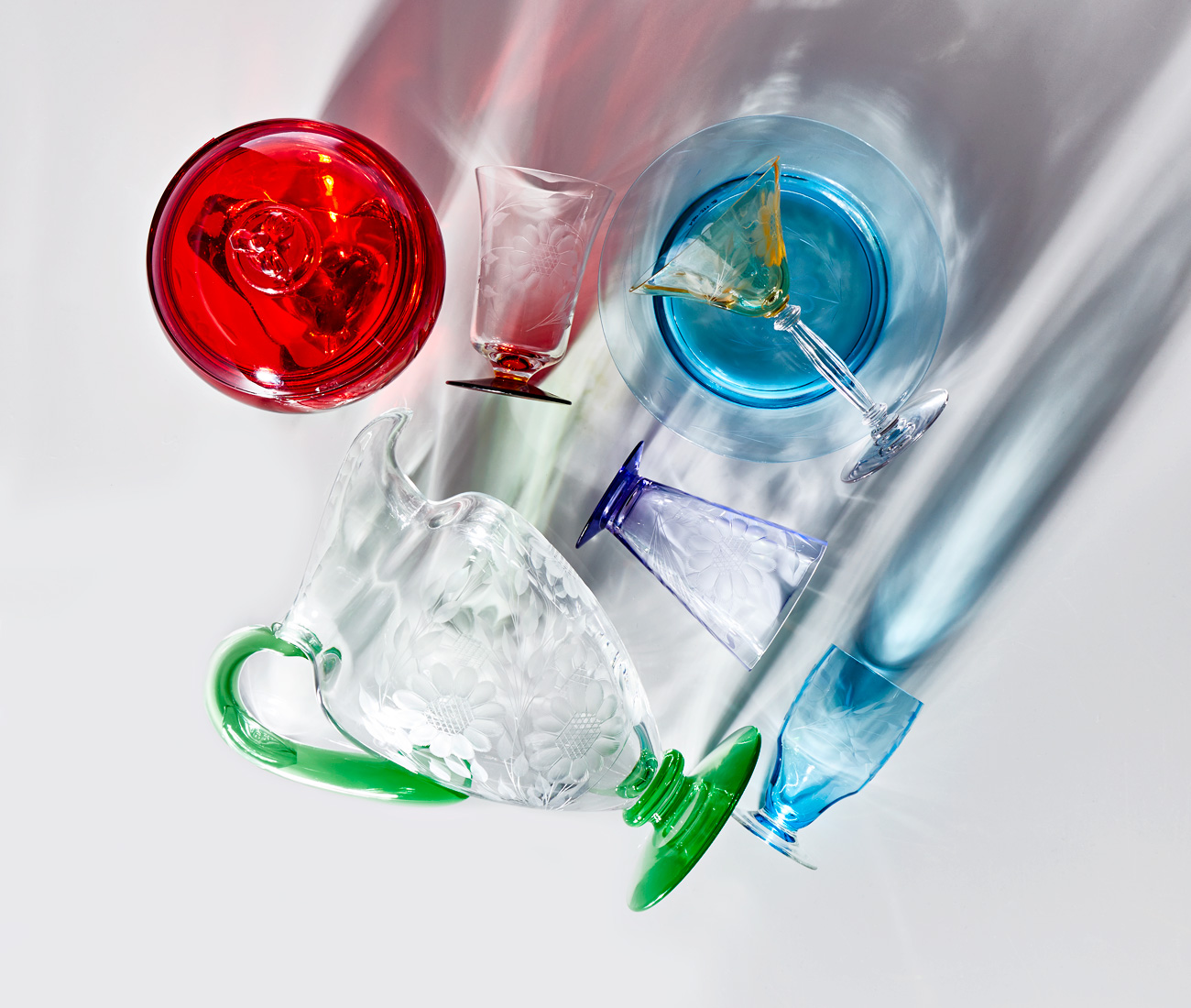 The year is 1902. A 20-year-old farmhand arrives in Toronto from nearby Dufferin County. His name is William John Hughes; friends call him Jack. He settles in the city’s then-industrial Wychwood neighbourhood and becomes an artisan glass cutter, learning to hand-etch delicate patterns into fine tableware. Hughes soon becomes fixated on one of his designs in particular. Inspired by a blue wildflower that grows by the roadside in his hometown, it features a striking hexagonal grid – the flower’s central disc – surrounded by buttery petals and a spray of leaves. He calls it Corn Flower glass.

“The design was unique for its time,” explains curator Sarah Robinson, who oversees the permanent collection of W.J. Hughes Corn Flower glass at the Museum of Dufferin (MoD). “It looked nothing like the mass-produced geometric patterns we see from this era, the kind often associated with Depression glass.” 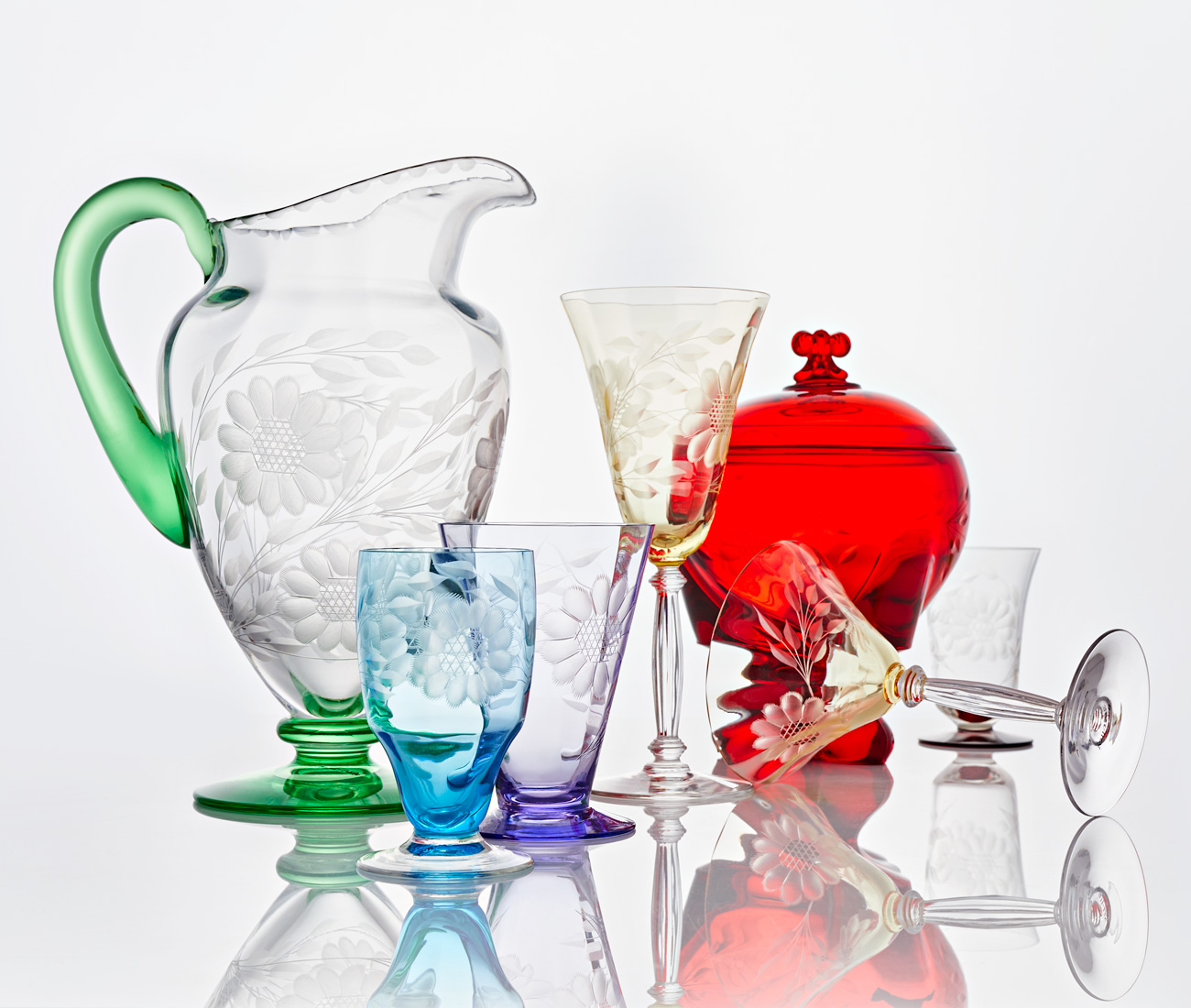 Within a decade, Hughes’s divergent pattern had evolved into a national brand. It reigned as one of Canada’s most popular wedding gifts until the mid-1980s, when operations ceased as a result of ongoing paradigm shifts in North American manufacturing.

Once ubiquitous, the rare glassware is now coveted. Every year, aficionados travel to the MoD’s outpost 100 kilometres from Toronto to trade sherbet goblets, cocktail tumblers and punch bowls. They undergo seminars to spot copies, and to certify (if they’re lucky) newly unearthed artifacts. 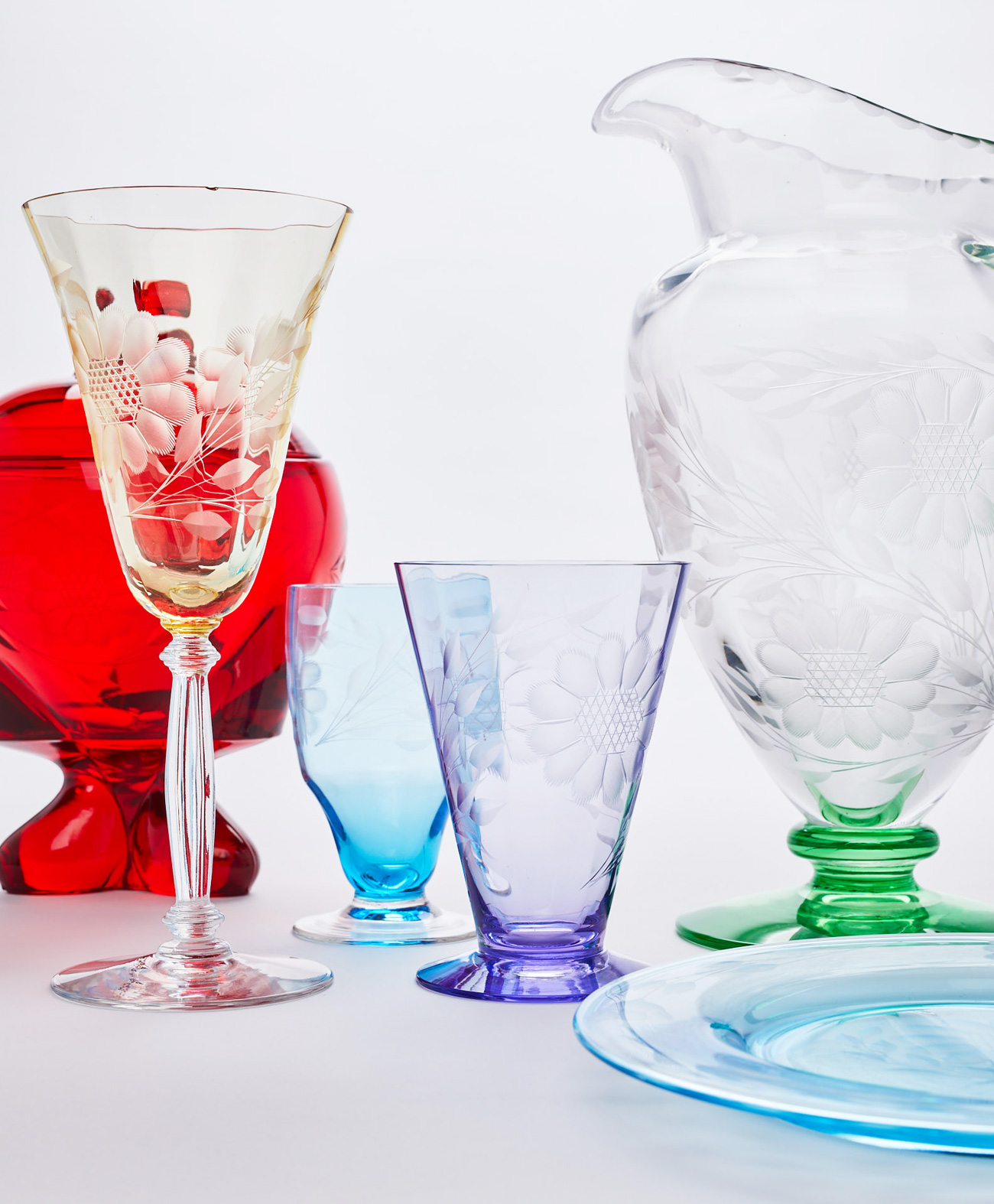 This October, the Museum’s permanent collection is reborn via a gallery renovation led by Toronto’s Lebel & Bouliane. The firm’s signature angled forms infuse the space with a sense of drama and scale. Sparkling artifacts in colours like Twilight purple and Vaseline green are underlit with LED pads, to gem-like effect. It’s a fitting touch; while no one has quite determined the crown jewels of Canadian glassware design, Hughes’s one-of-a-kind creations no doubt deserve a place at the table.

Vaseline green is a rare and collectible kind of Corn Flower glass. It glows neon under ultraviolet light because it contains uranium. W. J. Hughes only briefly carried the popular colour; its production ceased during World War II, when the U.S. government confiscated all supplies of uranium – presumably toward their efforts of making the atomic bomb.

Originally published in The Reno Issue 2018 as “End Note.”