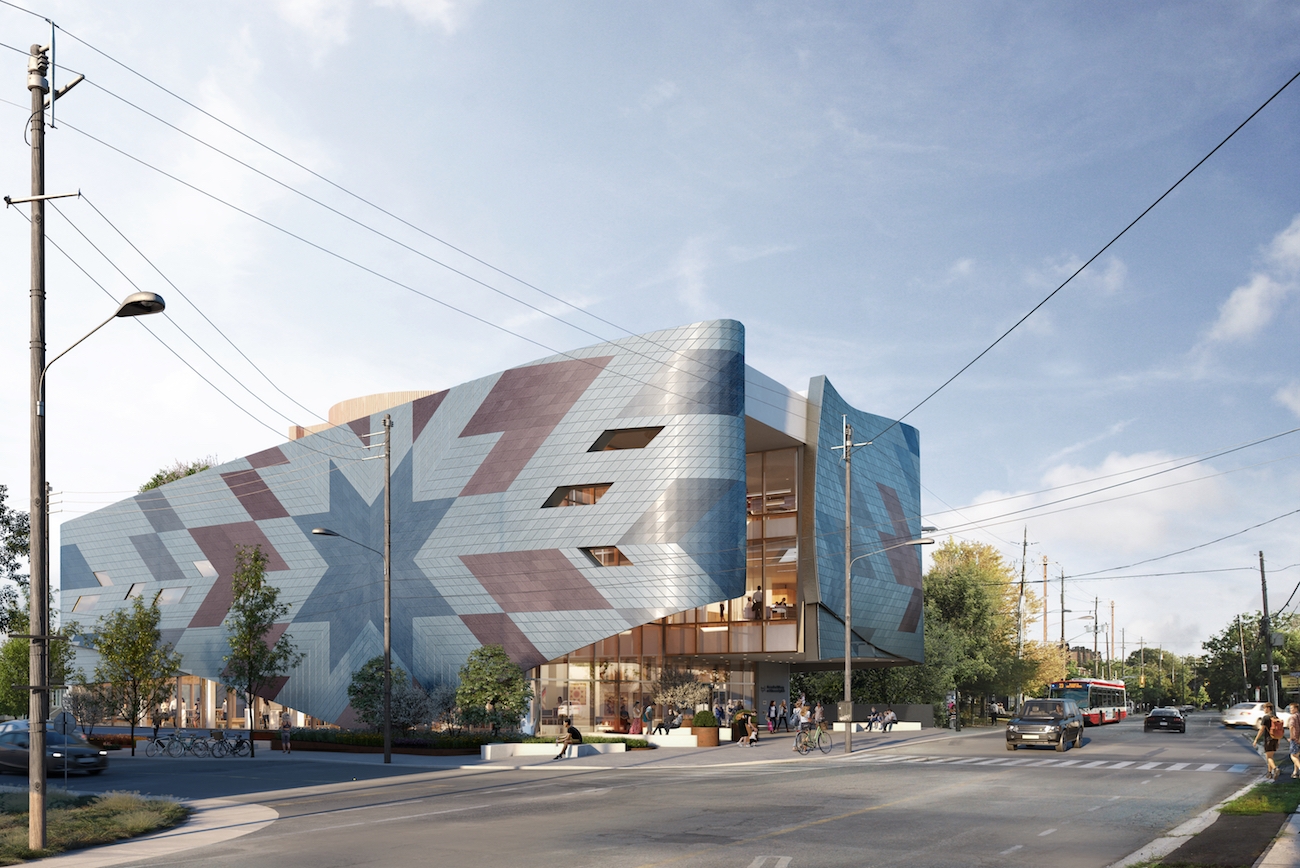 In First Nations teachings, a star blanket is a symbol of honour gifted to a person for their contributions to the community—wrapping the respect and regard of that community around them. Inspired by this teaching, global design practice Perkins&Will collaborated with Hamilton firm Smoke Architecture on a redesign for Toronto’s Dawes Road Library; wrapping the library in a metaphorical star blanket of its own.

Its wavy, drape-like façade symbolizes a mutual respect between the Indigenous community, local residents and the library as a gathering place for education and storytelling. Articulating its gentle folds, the team crafted a scale model using felt material to capture the gesture and natural form of the star quilt, driving the library’s parametric design.

Patterned cladding on the building’s exterior is an abstraction of the colourful, geometric designs that typically appear on star blankets. And where the two ends meet: a peek at the three-level interior will offer a glimpse of happenings within.

Serving as both a replacement to the current branch at the corner of Dawes and Chapman Avenue, as well as a new community hub, the project highlights a range of ways in which Indigenous thinking can improve design and livability in communities across the city. Founded on regional Indigenous principles, the design emphasizes connectivity between people from all cultures, creating a sense of place that is rooted in millennia of Anishinaabe, Haudenosaunee, and Huron-Wendat inhabitation.

Nestled in Woodbine Gardens, adjacent to Taylor Massey Creek, the 25,500-square-foot Dawes Road library will span three storeys featuring a new plaza at street level, a youth hub on the second floor, and a rooftop garden on the top floor. Planted with indigenous species, the roof garden includes space for sacred fire and directly connects to a circular gathering room inspired by the Anishinaabe Roundhouse.

The principle of flow between indoor to outdoor is central to the redesign, intending to reinforce an interconnectedness of all life and invite land-based knowledge sharing in an urban setting. Aligned with the shared sustainability interests between both architects, the project is also targeting net-zero carbon emissions.