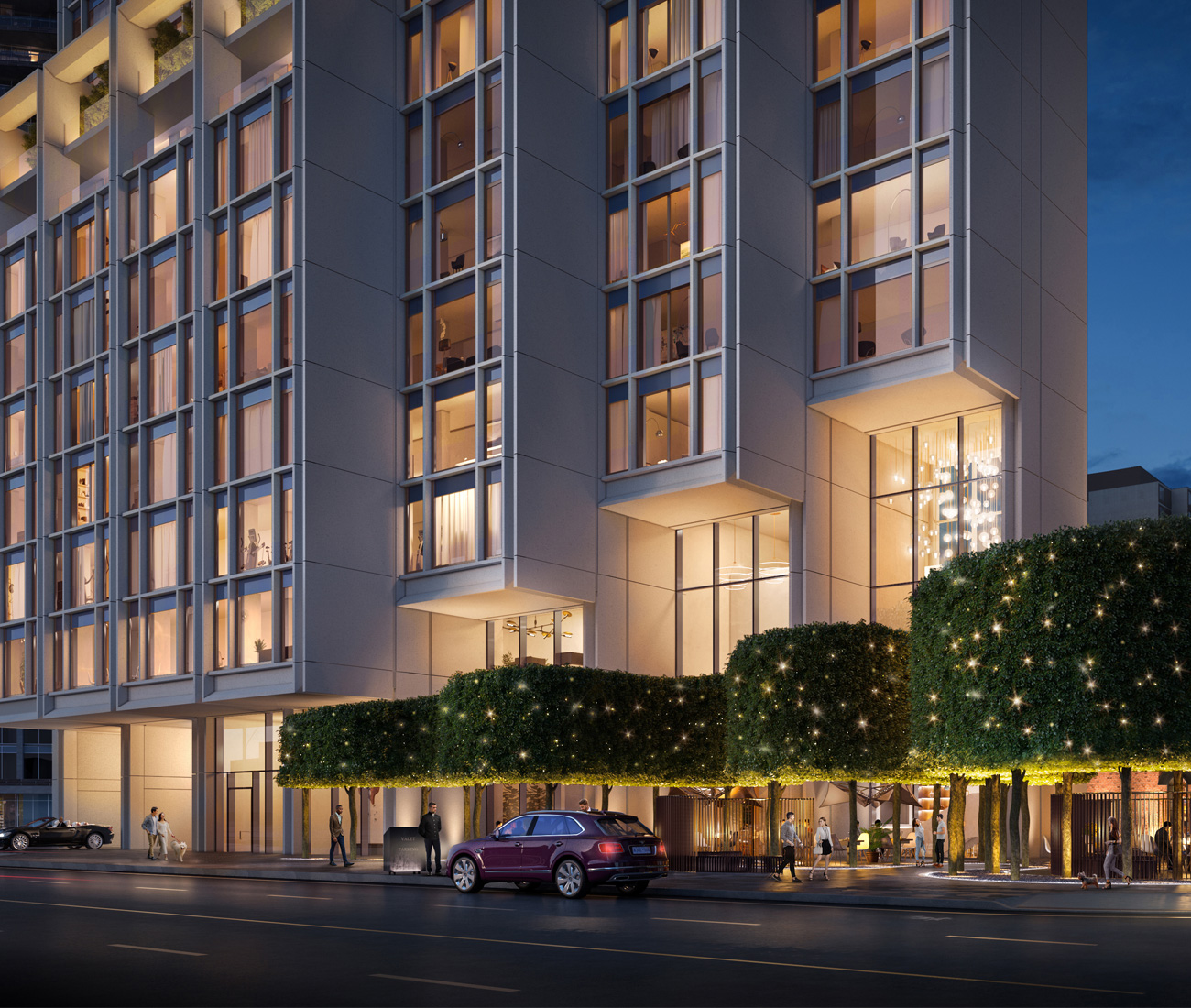 50 Scollard, Foster + Partners’ newest addition to Toronto’s skyline, is beyond exclusive – and may cause sticker shock

At a recent launch, Foster + Partners unveiled their design for 50 Scollard residences at Scollard and Bay Streets in Yorkville. The glitzy event gave the neighbourhood a preview of what will be one of its most opulent towers to date – with suites ranging in price from $3.9 to $20 million. Lanterra was on hand to pitch the über-exclusive 41-storey condo along with investor Michael Lee-Chin (whose namesake ROM crystal is within walking distance from the site), as well as members of the design team. 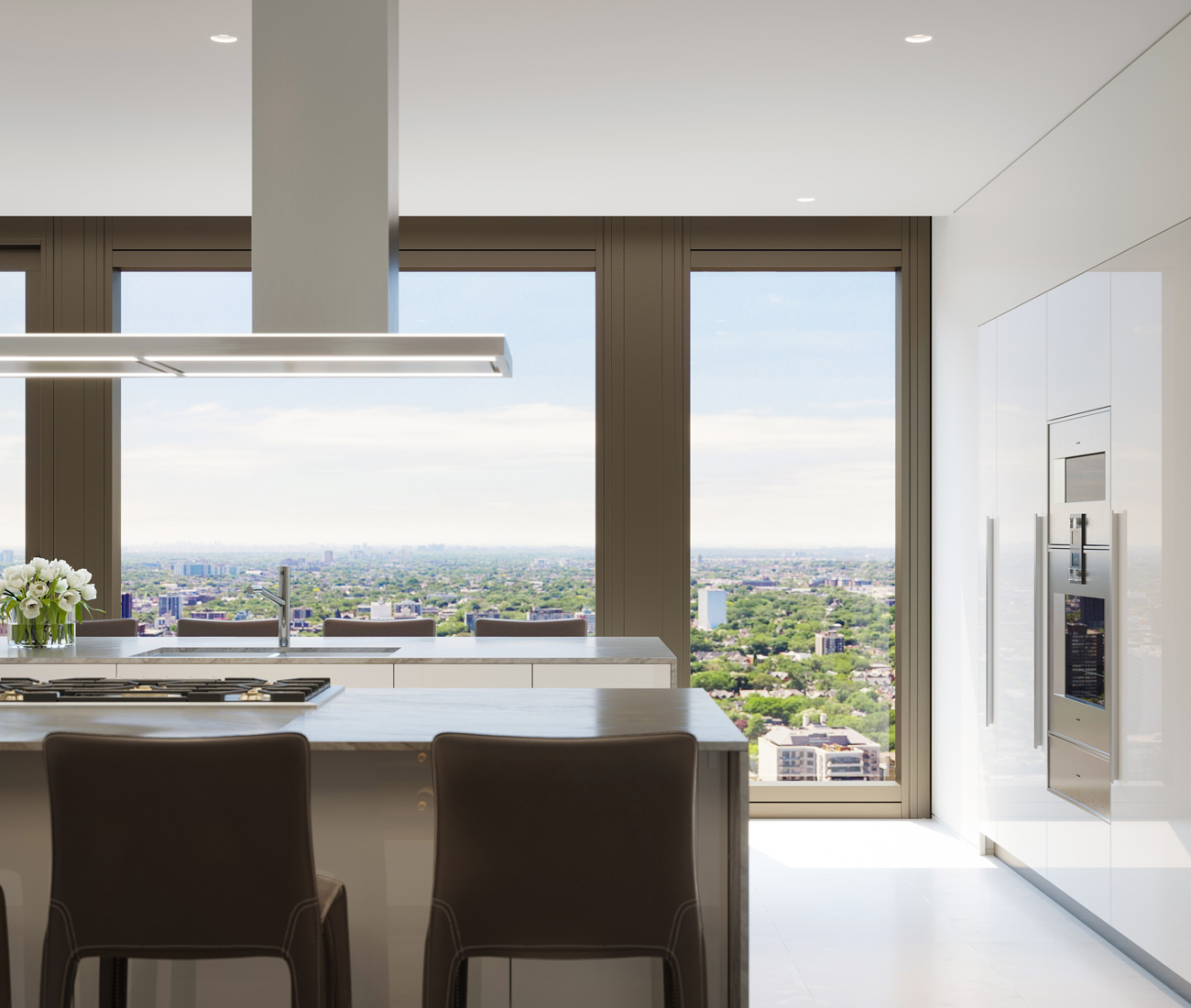 After acquiring the project from another developer, the crowd heard, Lanterra shrank the number of units in the building from 112 to just 64, resulting in penthouse-like features for most of its suites: direct elevator access, spacious layouts appointed by interior designer Studio Munge, who has also worked on the Bisha Hotel and Nobu, as well as floor-to-ceiling windows, juliette balconies and dual east and west views. Most floors will be reserved for one or two 232 to 278 square metres (2500 to 3000 square feet) suites.

Tasked with creating an appropriately upmarket building that nevertheless ties into the fabric of the city, the final draft for 50 Scollard created by Foster + Partners, Toronto’s RAW Design and heritage consultants ERA Architects, is a sensitive – albeit subtle – response to its context. 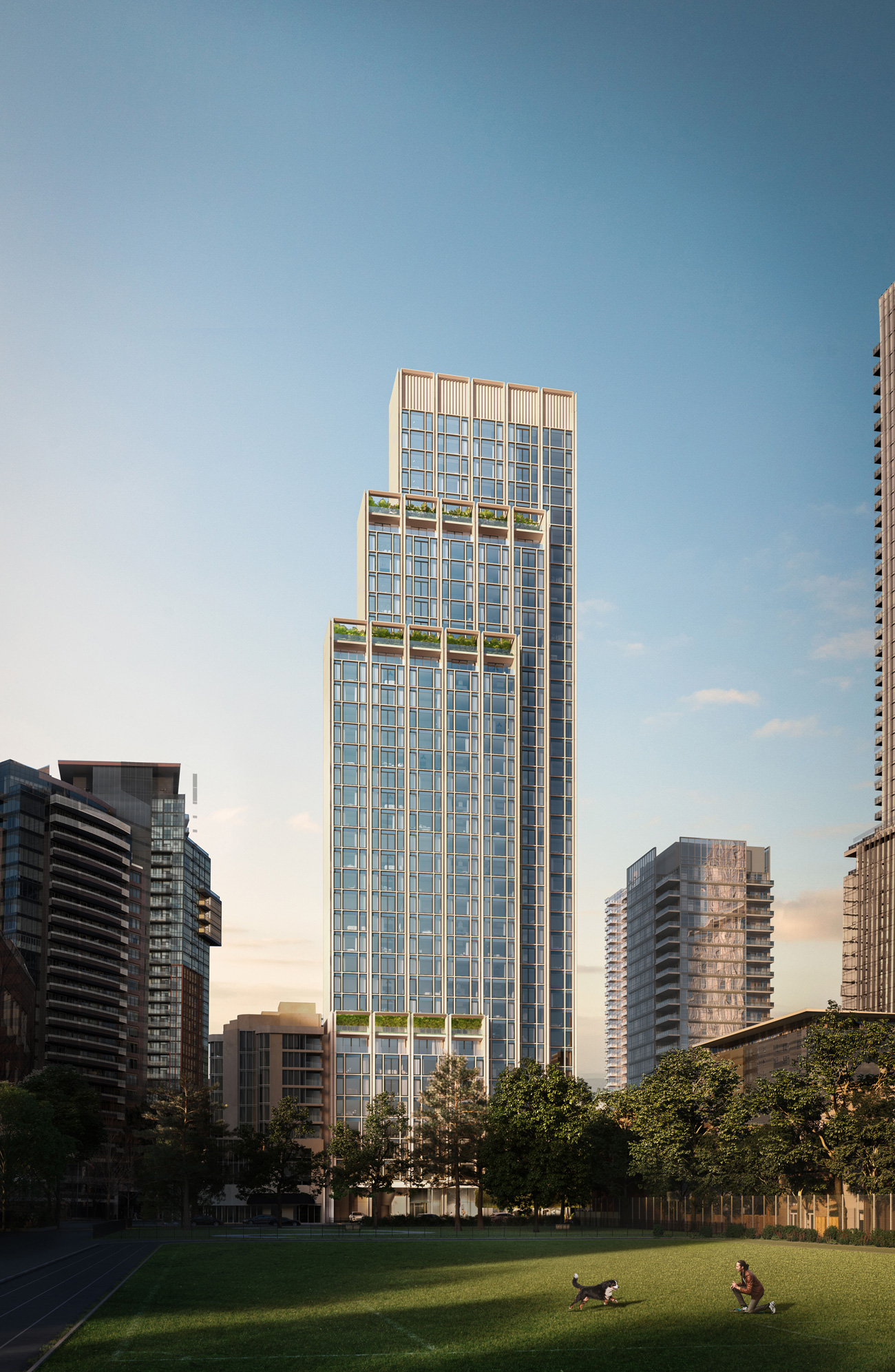 “When we embarked on the 50 Scollard site,” says architect James Barnes of Foster + Partners, “we made a very conscious decision that it wasn’t going to be a green glass and steel structure. It had to be of the Yorkville vernacular. There are still floor height windows that will give great views and natural daylight, but at the same time, a large amount of the façade is solid – the sort of brick and stone you see throughout Yorkville.”

The exterior was dictated by practical concerns as well. Says Barnes, “The reality is that we’re building in an urban environment where the urban skyline is congested with the Four Seasons directly to the south, and the huge benefit that there are no high rise buildings to the east and west.” Being so close to a busy hotel, the architects kept the north and south-facing walls solid for privacy reasons, while various moves (including the tower’s slender profile and stepped form) minimize shadows falling on the nearby Jesse Ketchum school yard and park. 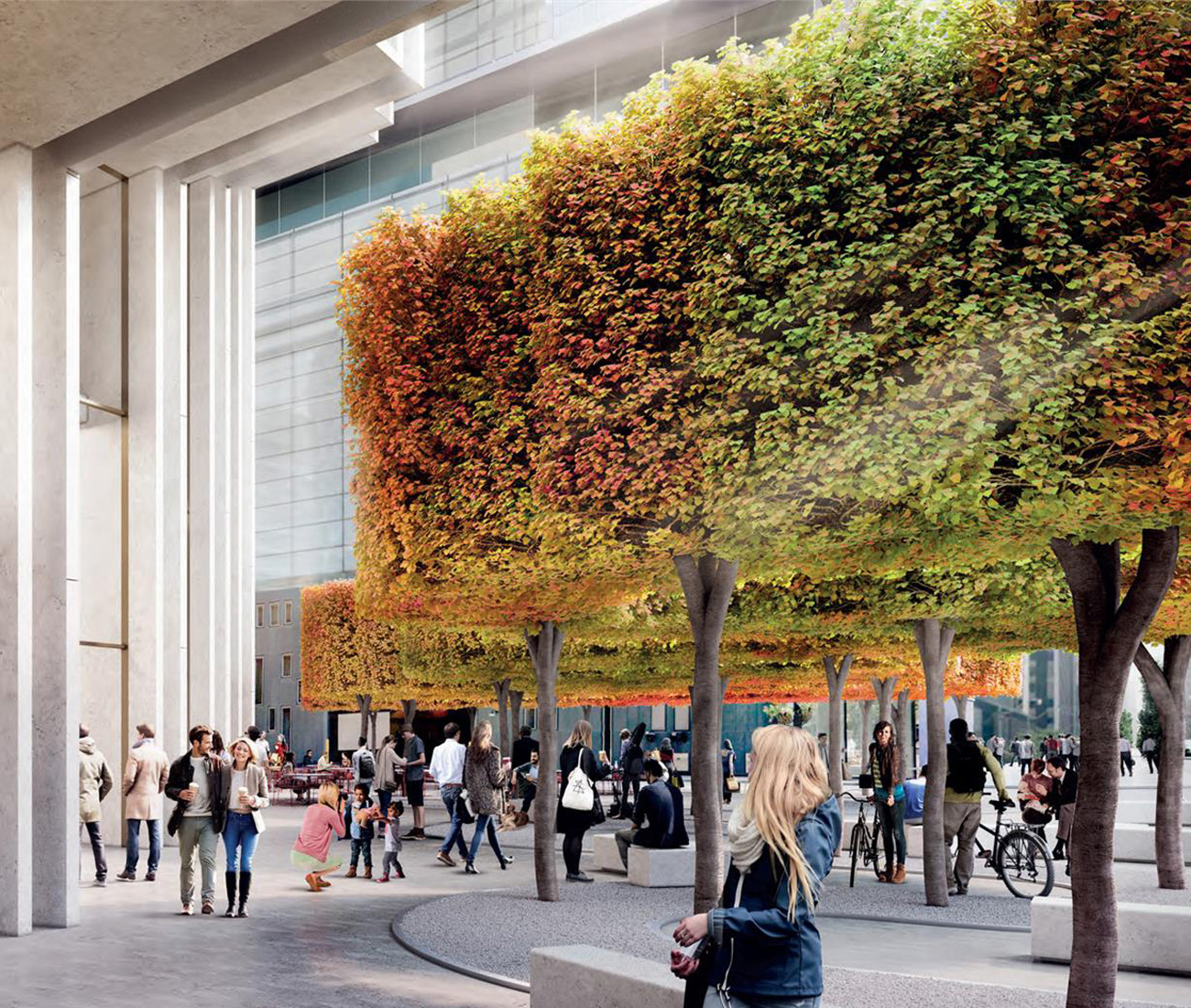 At ground level, there’s a publicly-accessible plaza by Boston landscape architects Stoss Landscape Urbanism that is a whimsical counterpoint to the clean-lined tower. The area will feature pleached maple trees in a “wiggle” pattern, formed using a traditional French gardening technique that involves training trees to grow on wires, to replace two heritage buildings that were moved around the corner by ERA.

“We wanted something that had the same technical rigour as the tower but was a bit more playful,” says Stoss studio director Amy Whitesides. “The trees are high and far enough apart that you can walk under and between them. We wanted porosity – which is why we stayed away from planting a hedge.” While only a handful of Toronto residents will call 50 Scollard home – all are welcome to stroll under the trees at its base.

50 Scollard is slated for completion in 2022. Visit the condo website for more information, floor plans and renderings.