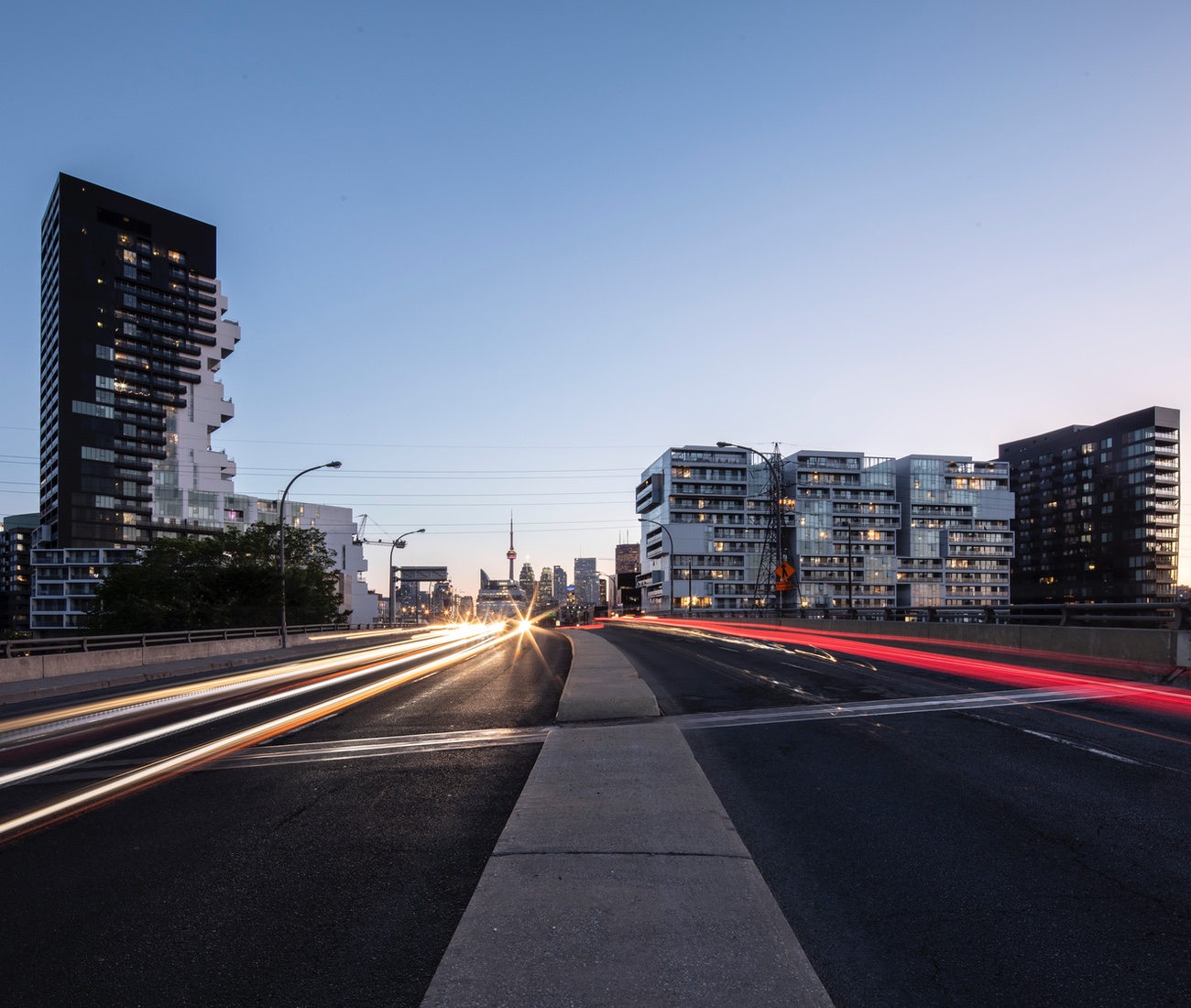 To hear architect Gilles Saucier tell it, River City 3’s arrangement of white volumes projecting out from a black tower is meant to evoke pure crystal mined from rough rock. In a way, that’s an appropriate metaphor for the entire River City community. A little over a decade ago, the area around River City was a flood prone field of dirt. Skip ahead to 2021, and it’s now the site of one of Toronto’s most compelling urban developments to date.

Finishing touches are now being applied to the fourth and final phase of the 1,100-unit community, Harris Square. To mark River City’s completion, Urban Capital recently released a short film reflecting on the development’s achievements, Making River City. The 20-minute movie, which focuses on River City 3 in particular, features insightful commentary from Canadian architectural heavyweights Bruce Kuwabara and Brigitte Shim. Both help to underscore just what makes River City such a significant achievement. “It makes the argument that things can be different,” Kuwabara notes at one point. “[It] answers the question, ‘Well what else can you do – what else is worth expressing?’” 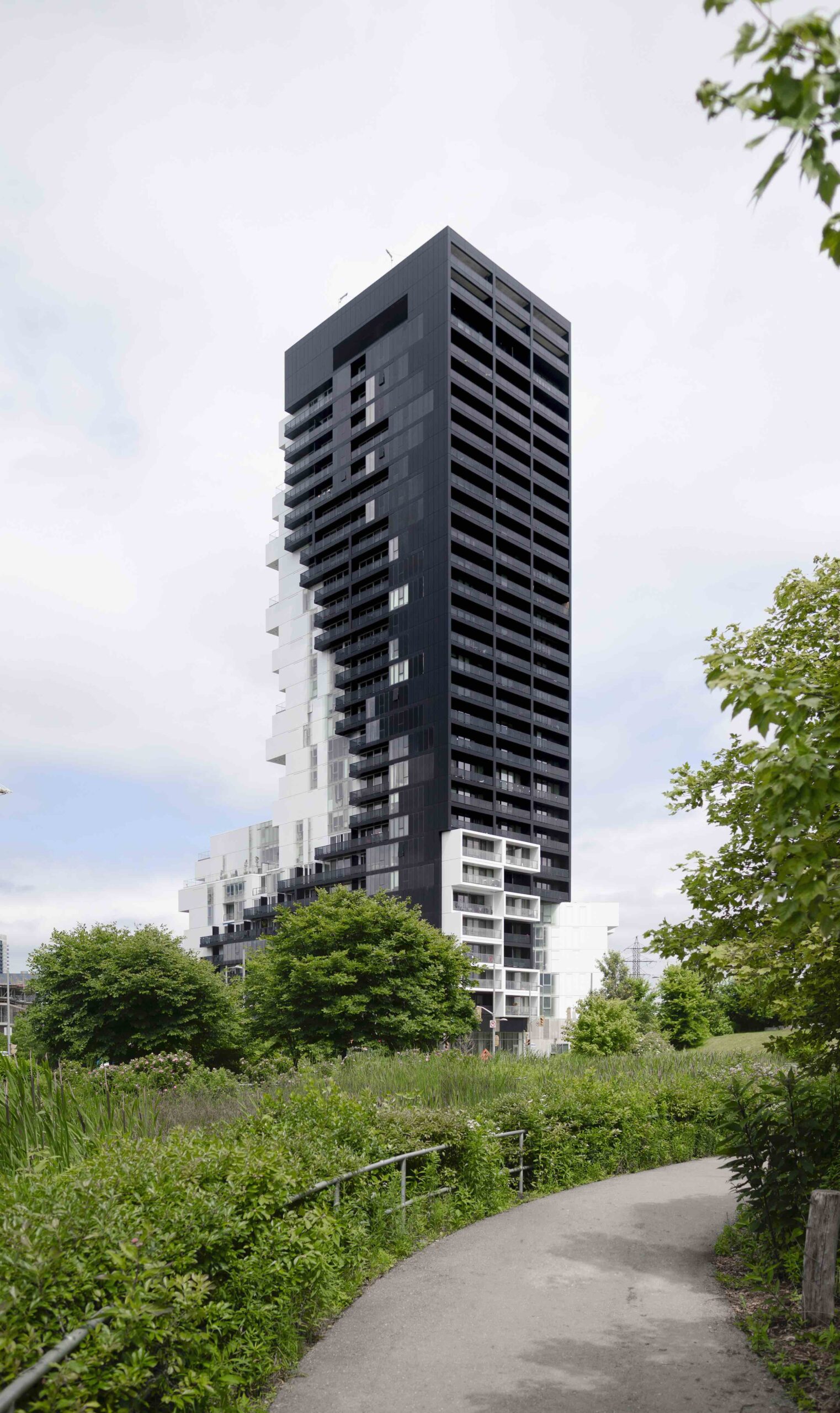 The project’s quartet of buildings, designed by Montreal firm Saucier + Perrotte with local collaborators ZAS Architects, have been widely celebrated for their angular black-and-white geometry. (Case in point: they’ve won multiple OAA awards for Design Excellence, as well as an AZ Award from Azure.) But the documentary also illustrates how the community owes its existence to some fairly complex engineering. While centrally located, the site required Waterfront Toronto to develop an extra-large berm to protect the area from flooding. 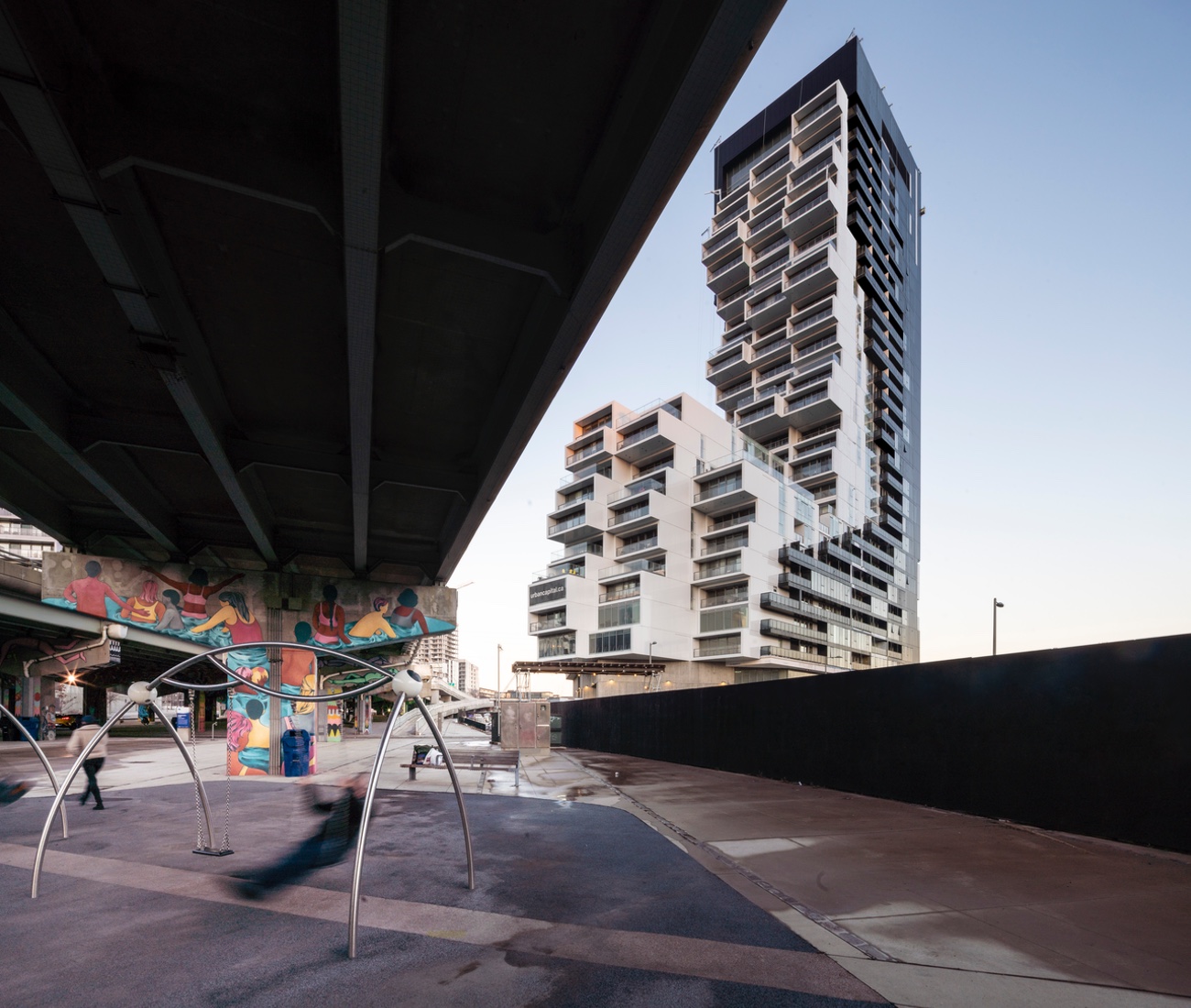 Then it was time for Saucier + Perotte to flex their creative muscles. Along with embracing geometric forms as a way to establish a sense of identity in an area with little existing context – an “invented geology” representing “the different phases of transformation of matter,” according to Saucier – the architects also made a critical decision to introduce shared public space in the area under the overpasses that divide the project’s building. Designed by PFS Studio and The Planning Partnership, Underpass Park now includes a basketball court, skate park and playground. 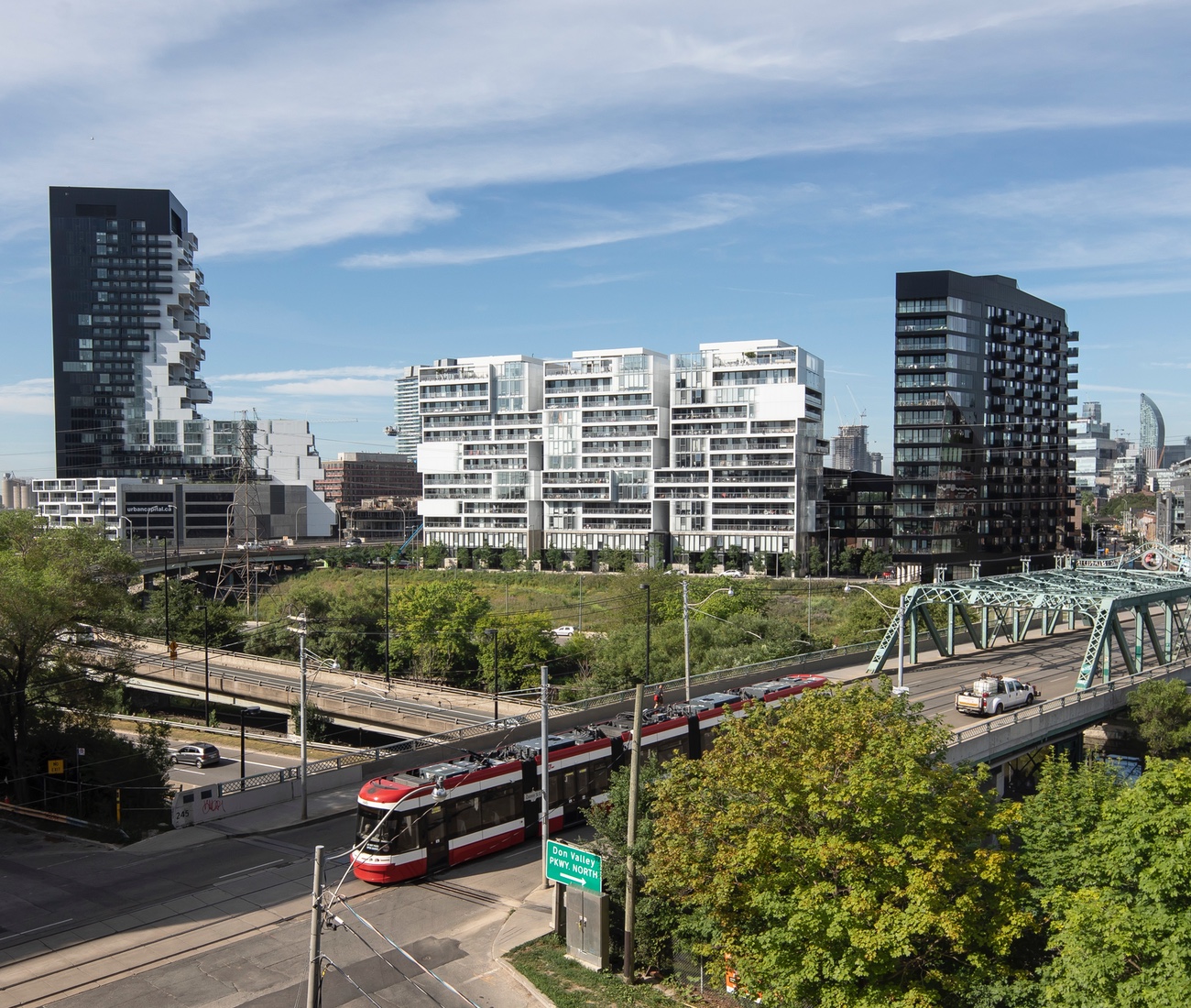 Even if you ride past River City’s distinctive landmarks everyday on the Queen streetcar – or better yet, have a unit in the community and wake up to its bold forms each morning – the footage in Urban Capital’s film still offers fresh views of these impressive buildings. Architecture fans will also appreciate the film’s inside look at some of the early models and sketches that informed the project’s design. Navigating a challenging site while taking a community-first approach to development, it’s a great source of inspiration as the city continues to grow.