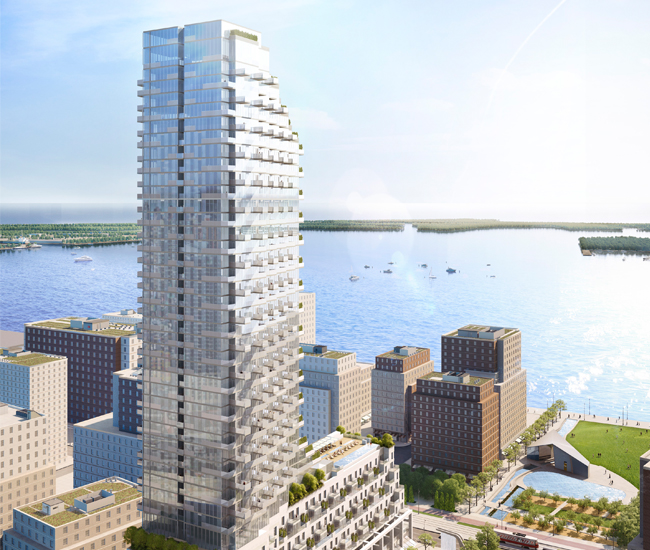 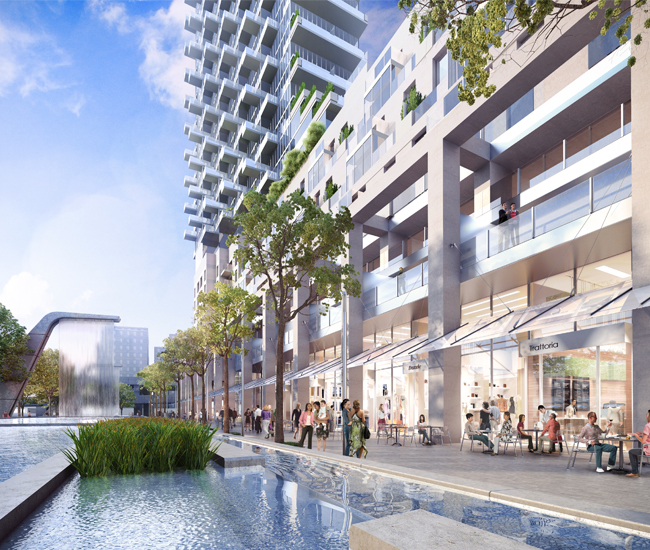 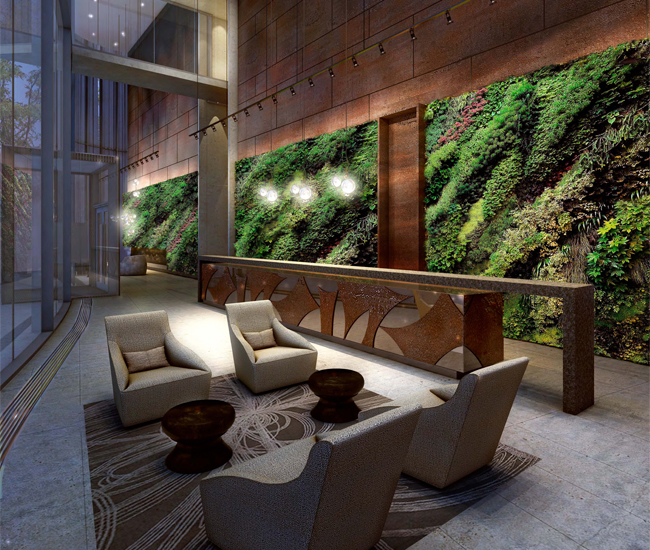 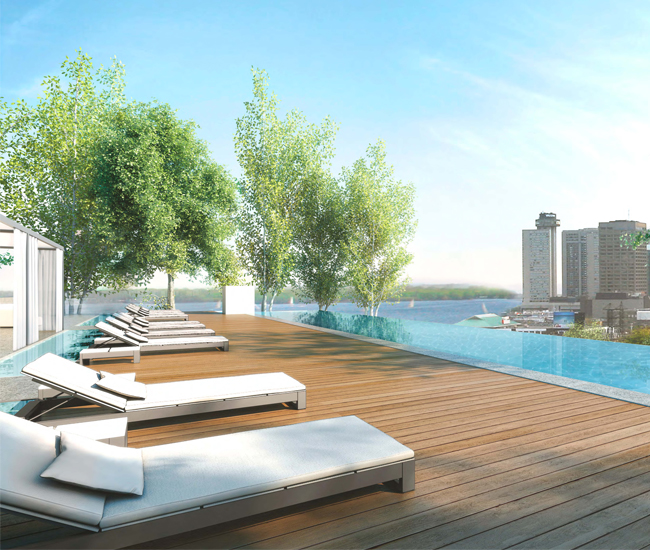 A waterfront oasis in the heart of downtown

WHY YOU SHOULD LIVE HERE:

Great Gulf enlists international talent to create a hyper-local waterfront development in the emerging East Bayfront community. Avant-garde architect Moshe Safdie takes the lead on Monde, his first residential project in Canada since Montreal’s Habitat 67. His vision, developed in collaboration with Quadrangle Architects, fulfills the wishes of outdoorsy urbanites seeking a close connection to nature. The 44-storey clear and white fritted-glass tower will be defined most strikingly by its “gardens in the sky” – stepped, cantilevered balconies that give residents stunning sightlines of Sherbourne Common next door and Lake Ontario to the south.

An arcade-like promenade at the base of the complex’s eight-storey podium will house shops and cafes, harmonizing with Waterfront Toronto’s efforts to transform the lakeshore into a dynamic destination. Meanwhile, private areas deliver calmer retreats. A super-deep amenity deck designed by Janet Rosenberg + Studio pairs an infinity pool with a forest of foliage and mature trees. Greenery can also be found in Cecconi Simone’s interiors: a four-metre-tall living wall invigorates the double-height lobby. Upstairs, the firm’s signature vanity and kitchen systems, clad in luxurious finishes, max out storage space.

NOTES FROM THE PROS:

“Having the building located next to a new public park led us to develop a scheme with a tower set upon a podium, with the podium addressing the urban edge of the park while the tower is oriented towards Lake Ontario.

I was not aiming to develop a design that stands out from its neighborhood, rather than harmonize with its neighborhood. I think its uniqueness would stand on its own merit. The generosity of open public and private open space, the articulation of the façade elements, the generous transparency while providing shade through deep balconies, and the urban design response to an animated retail street frontage of the project.”

“We study the demographic very closely before we put pen to paper. The project location is just outside of the heart of the city and has attracted an active demographic, those who cycle, rollerblade and enjoy waterfront living. The large green wall is a very impressive feature in the main lobby, it creates a full backdrop to the space and connects the indoor to the outdoor through large glass panels. The flooring blurs the edge between interior and exterior by carrying the stone pattern from the public pathway through the lobby.

We designed the suites in a manner where living spaces and main bedrooms take advantage of the suites orientation and the expansive water views. The finishes and textures, warm tones and colors are reminiscent of the water and the park.”

Part of our series on five community-minded developments reimagining the condo tower as an intimate vertical village.

Originally published in Issue 3, 2016 as On the Up and Up: The Lake House.