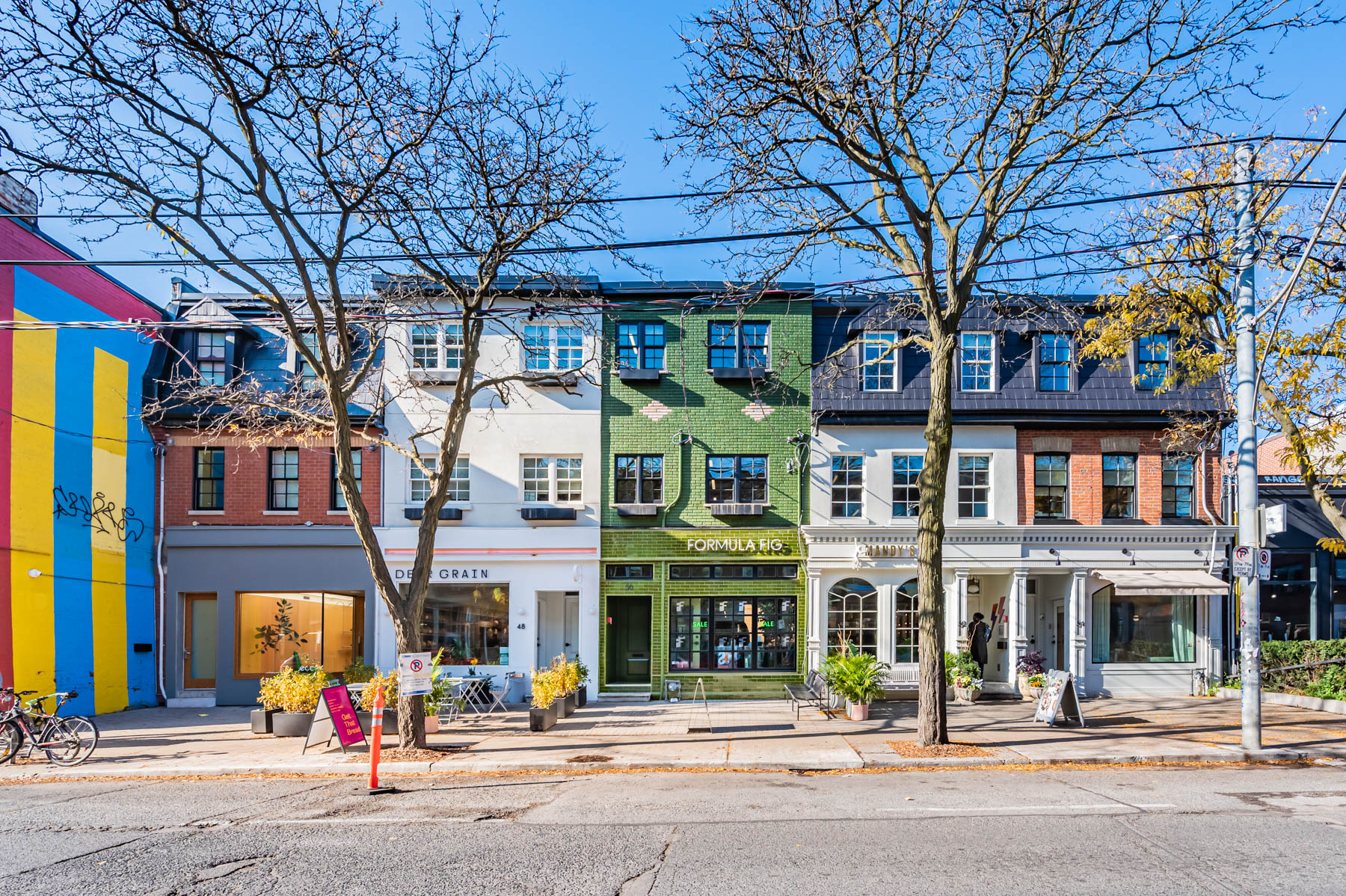 If you had walked along Ossington Avenue five or ten years ago, you’d notice a handful of hidden gems among old-souled buildings – a vintage shop, a hip dive bar and a few noteworthy eateries – but not much else to distinguish the West End-strip from its perpendicular high streets. Anyone familiar with the area before then would be especially shocked to see it today. A district in its own right, Ossington Avenue hasn’t stumbled upon trendiness, it’s been redesigned for it.

The revitalization came seemingly quick. Amidst the brink of the pandemic, while other areas of the city saw shuttered restaurants and shops, Ossington found new investment flocking in. Its pedestrian-first attitude might be what makes Ossington Avenue a prime case study on building an urban hot spot—the strip just ranked 14th on Time Out’s list of the 33 coolest streets in the world with a focus on its prominent stretch between Dundas and Queen Street West. “It’s the perfect example of a stylish urban street that isn’t ultra-luxurious,” says Jeff Hull, president of Hullmark—a local real estate investment and development firm that’s been a key player in the avenue’s recent evolution. “It’s an attractive location for new businesses,” he adds. “Walkable, concentrated and approachable.”

Since taking the reins of his family’s business fifteen years ago, Hull has led an impressive collection of development projects across the city—many of which are much larger than its portfolio along Ossington. Yet the firm’s development of 46-54 Ossington Avenue has generated more celebratory attention than any project before it, due to its emphasis on street-level design. “Being so pedestrian-oriented, people are engaging with this project in a very unique way,” says Hull, whose firm redesigned a strip of old rowhouses with fresh and vibrant retail at ground level. “The idea was to create a block of retail that felt and looked as though it had always been there,” he says. A lot has been invested into the display of Ossington’s new businesses—Formula Fig’s glossy emerald façade stands out just steps away from the Reflect Architecture-designed Permission boutique. Just south, the firm is wrapping up a four-storey retail and office building at 12 Ossington designed by Hariri Pontarini Architects.

Turning a neighbourhood, let alone a street, into an environment where people can spend time from day to night is no easy feat. Yet Ossington’s new groove allows for it. Hopping among the strip’s eclectic mix of retail and hangouts is enhanced by a growing collection of street art.

If its appeal as a walkable gallery is what makes Ossington Avenue so cool, what makes it truly iconic? It might be the example this reincarnation will set for developers and designers across the city—encouraging investment into public buildings and bringing beautiful spaces to less privileged neighbourhoods. Beyond a launchpad for local and international businesses, today’s Ossington Avenue reimagines what our city’s relationship to design could look like. Not exclusive to showrooms and skyscrapers but nestled within the many neighbourhoods, streets and public spaces where real life happens.