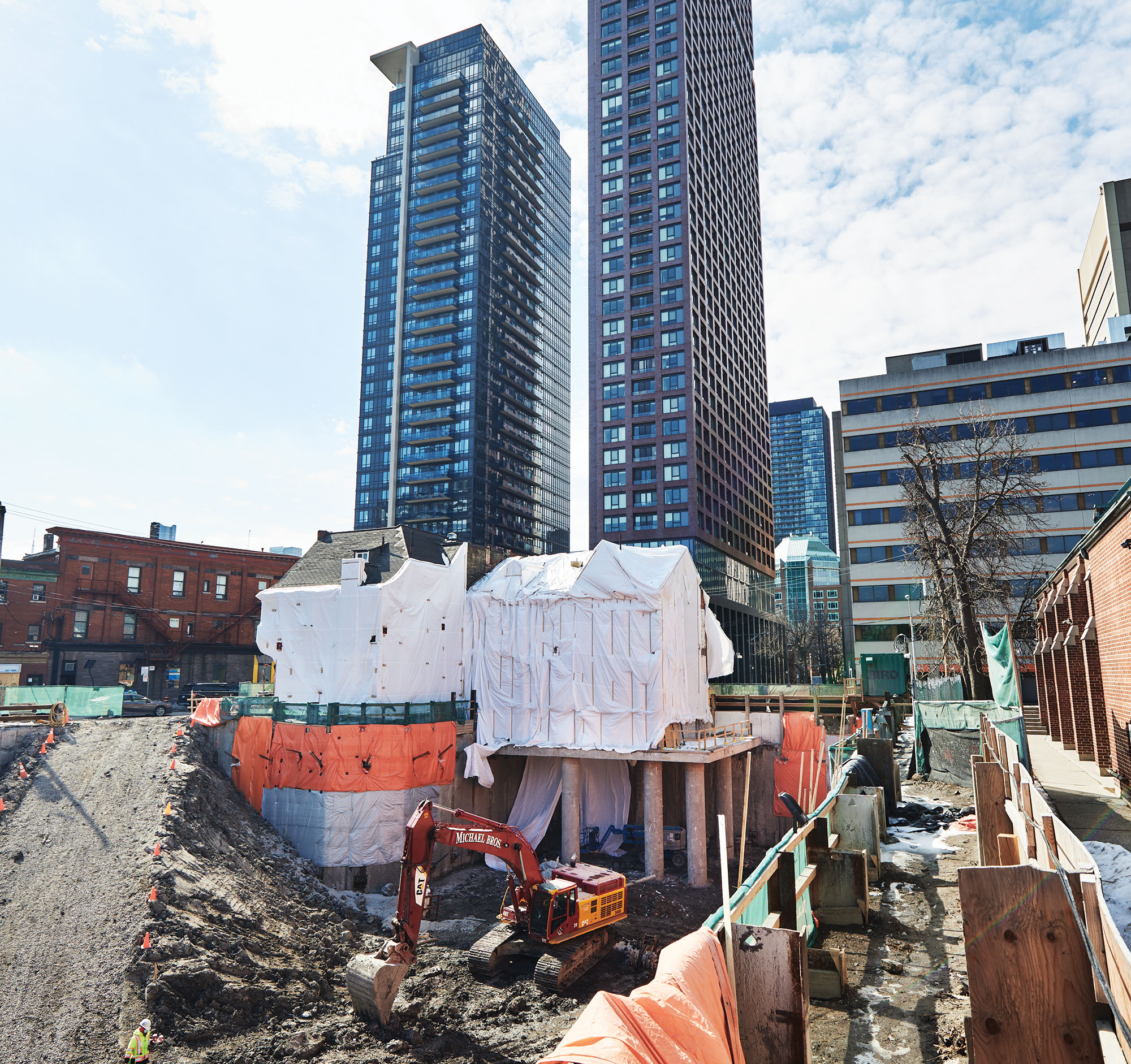 A movement to save the heritage homes still standing brings new life to the Selby and Burke condo towers.

While meandering through our beloved city of tomorrow, one may witness what feels like a wasted opportunity to develop our urban landscape: rows of century-old homes being razed to erect towers in their place, civic addresses being gobbled up with nary a whisper of opposition. But fair enough. If tomorrow’s city today is the goal, then best stand clear of the thresher. Toronto has a history, of course, but it’s not a historic town.

There are, mercifully, some saving graces of late. St. James Town is broad in diversity and high in density. It’s a neighbourhood growing into itself decades after the maligned towers of yesteryear went up. In the 1950s, Victorian-era homes were quickly removed. Now, there seems to be a movement (and by-laws) to save the ones still standing.

At Sherbourne and Howard Streets sit four squares of restored old homes. The two on the west side are the finely tuned entryways to tall condo towers – the Selby (with French bistro Maison Selby at the bottom) and, straight south, the James Cooper Mansion – both decked out to the nines. Spared from the wrecking ball, these corners are saving history and giving new life to what could very easily have been another pile of infill bricks at Leslie Spit or the Outer Harbour. The attempt to bring in a human-scale experience, no matter the execution, will be felt at street level.

The new kid on the northeast block is Burke Condos by Concert, set to rise 53 storeys. Behind its signs stands a heritage-listed red-brick home (Anson Jones House, completed by architect Edmund Burke in 1894). In the distance are two darkened and faded old homes (605 and 607 Sherbourne) that seem to have escaped a tragic fate; picked up in one piece and moved to a holding spot some hundred metres away, they now perch high up above a freshly dug hole, their back doors opening onto Redrocket Lane. A massive concrete slab on six columns will serve as the houses’ new home and foundation while the tower goes up.

The City, for its part, is revitalizing St. James Town West Park; construction starts this spring on its large green space and playground. Already in progress is the rebuilding of the Morley Callaghan Footbridge from Glen Road, which will better connect St. James Town to its neighbour to the north, Rosedale, and effectively bring us all closer together.