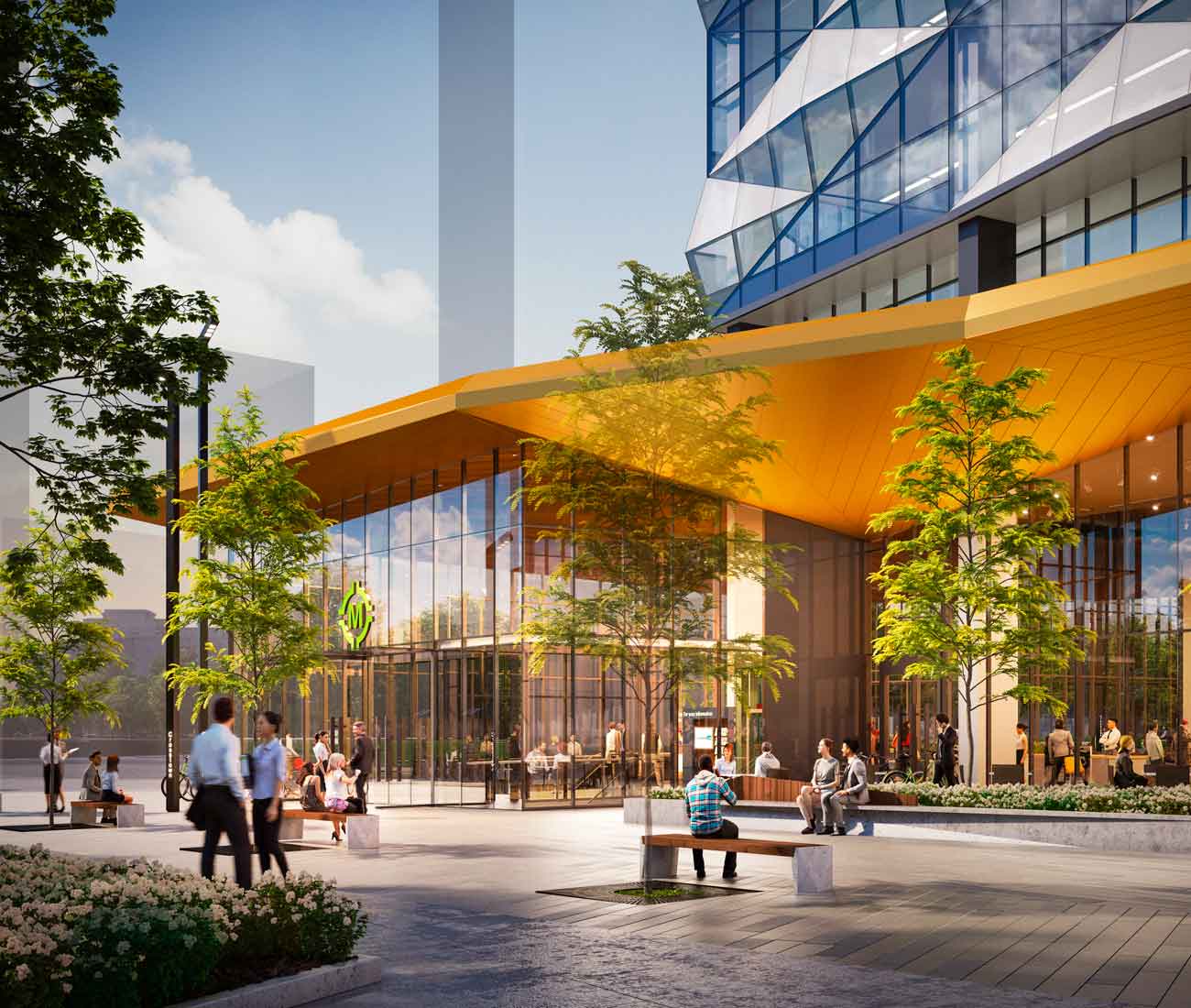 Toronto’s new LRT will be the Next Big Thing to move us around our city, and it’s bringing plenty of new development along for the ride

After a decade of construction, Toronto’s Eglinton Crosstown LRT is – fingers crossed – almost complete. Set to open in 2023, the light transit line will transform Eglinton Avenue into a key transit corridor. Translation? Development, and plenty of it. While Yonge and Eg remains perpetually awash in sky-high construction cranes, the 25-station Crosstown is already proving a catalyst for change along the entirety of its 19-kilometre span. 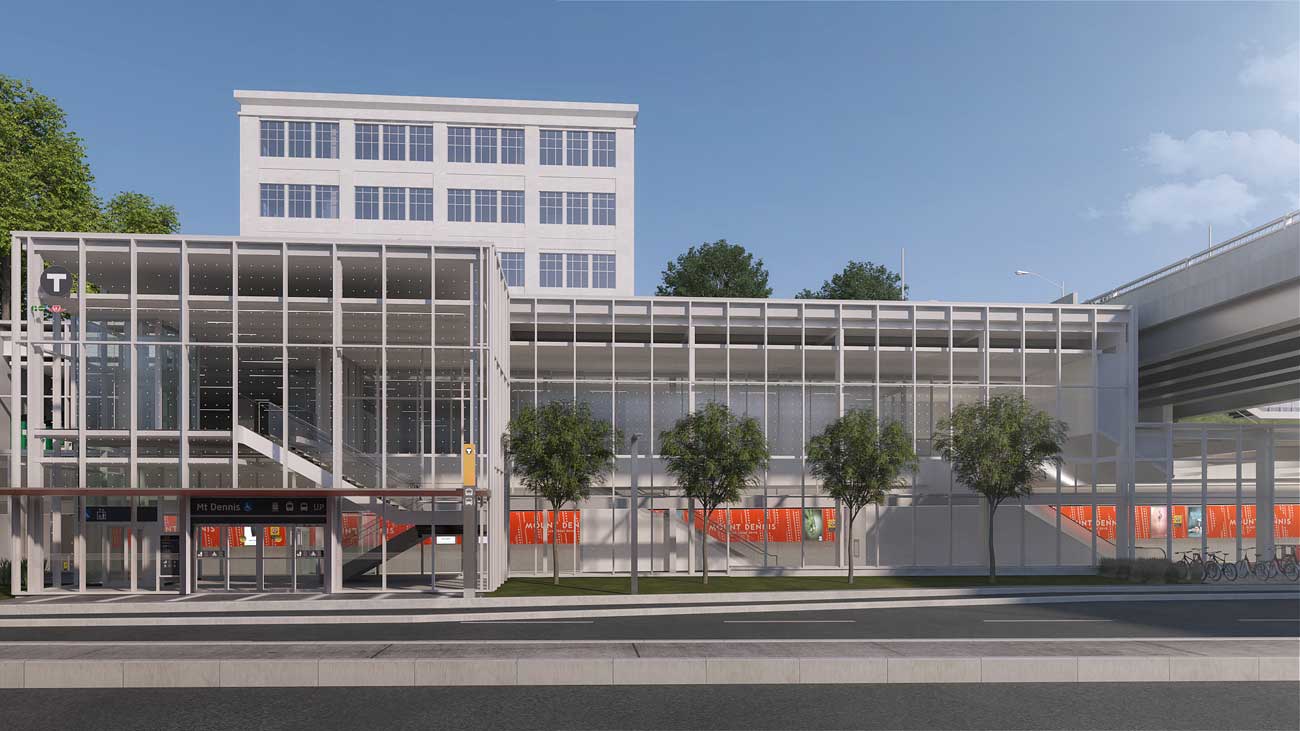 It all starts on Weston Road. At the Crosstown’s western terminus, Metrolinx is transforming the former Eastman Kodak Company building into Mount Dennis station, the line’s marquee transit hub. While most of the old complex was demolished, Kodak Building 9, a 1939 light-industrial landmark, is being adapted as a new station entrance. Doing so is no small feat: raised onto steel and concrete rails, the 3,000-tonne structure was moved 60 metres north to allow for site clearing, then returned to its original location for a thorough retrofit. METROLINX.CA 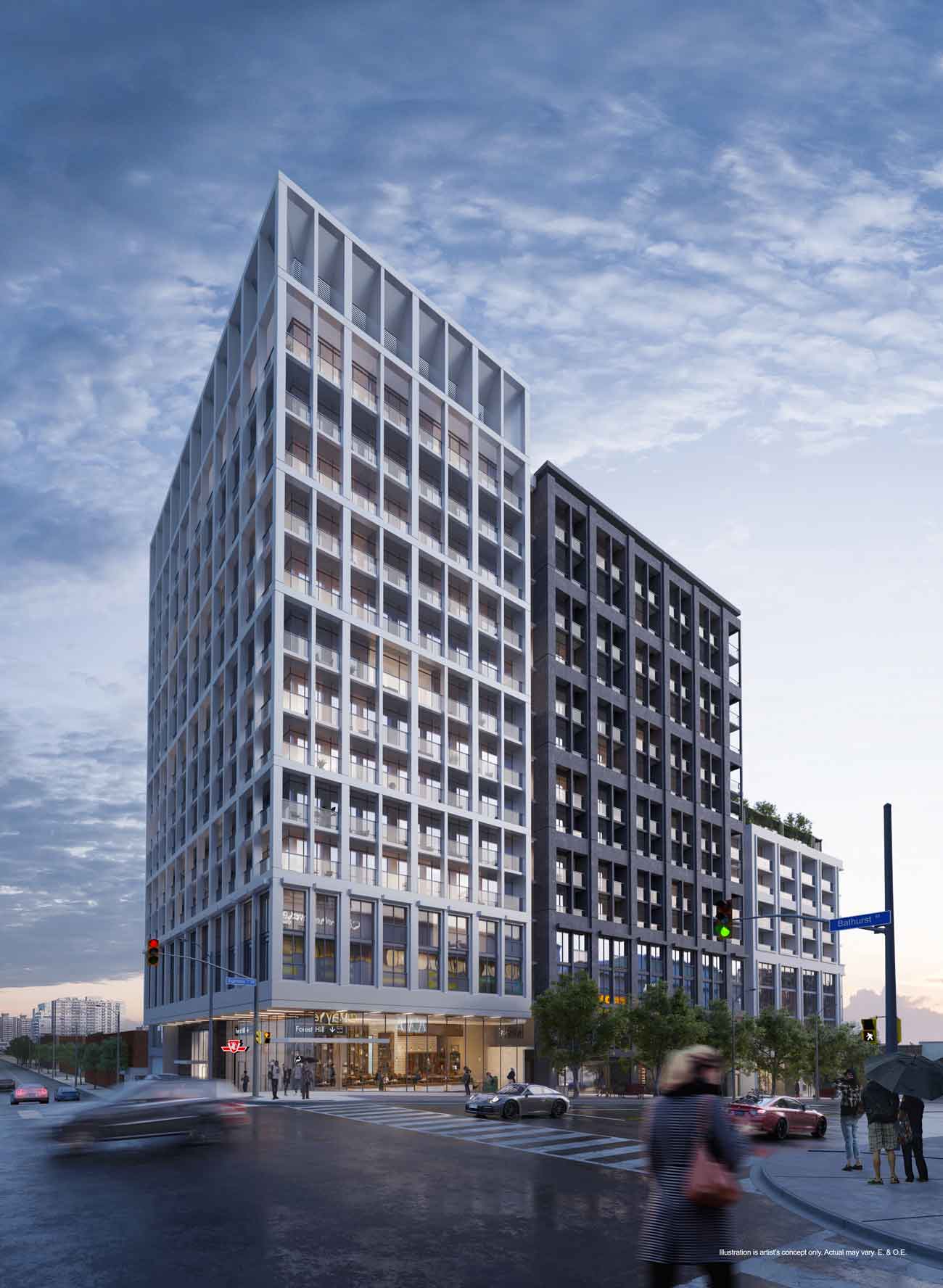 At the southwest corner of Eglinton and Bathurst, a new LRT entrance will animate the intersection with a burst of urban vitality – and 13 storeys of condos above it. Developer CentreCourt will introduce some 300 new homes to the neighbourhood, along with street-level retail. Contoured to read as three distinct volumes, the mid-rise’s combination of precast concrete and metal panels also lends the Quadrangle design a refreshingly solid presence – a pleasant contrast to Toronto’s ever-expanding skyline of skinny glass condo towers. CENTRECOURT.COM 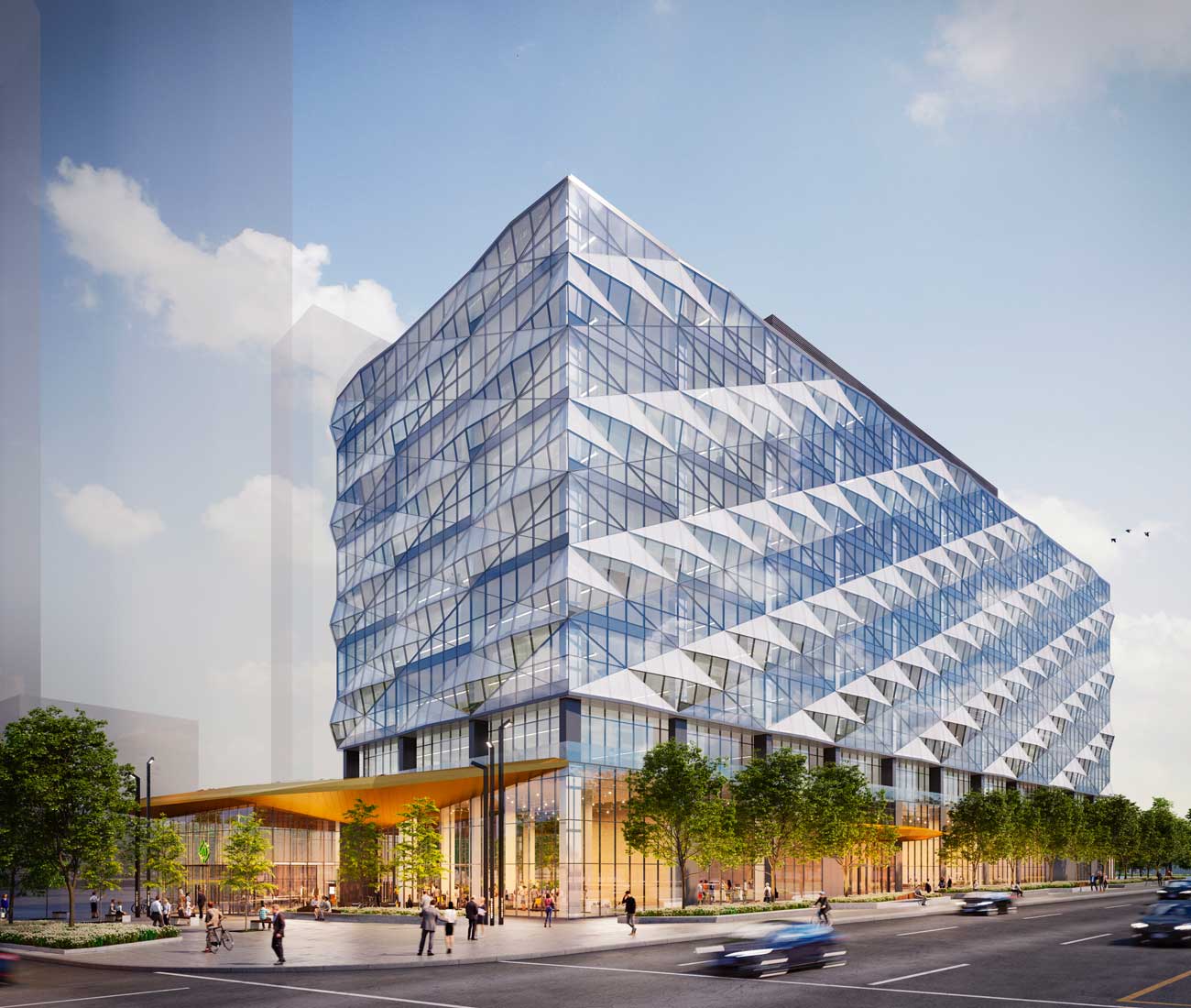 The two-storey Celestica building is like a monument to a bygone era of city planning. Surrounded by parking, the sprawling complex was designed as a hub for IBM in the 1960s. The community replacing it will be radically more urban, with Aspen Ridge Homes, DG Group and Metrus Properties developing a walkable, mixed-use neighbourhood of roughly 5,000 homes near the Eglinton Crosstown. Celestica’s new nine-storey office at the corner of Eglinton and Don Mills, designed by Core Architects, will feature an integrated LRT entrance in lieu of a parking lot. ASPENRIDGEHOMES.COM; DGGROUP.CA; METRUSPROPERTIES.COM