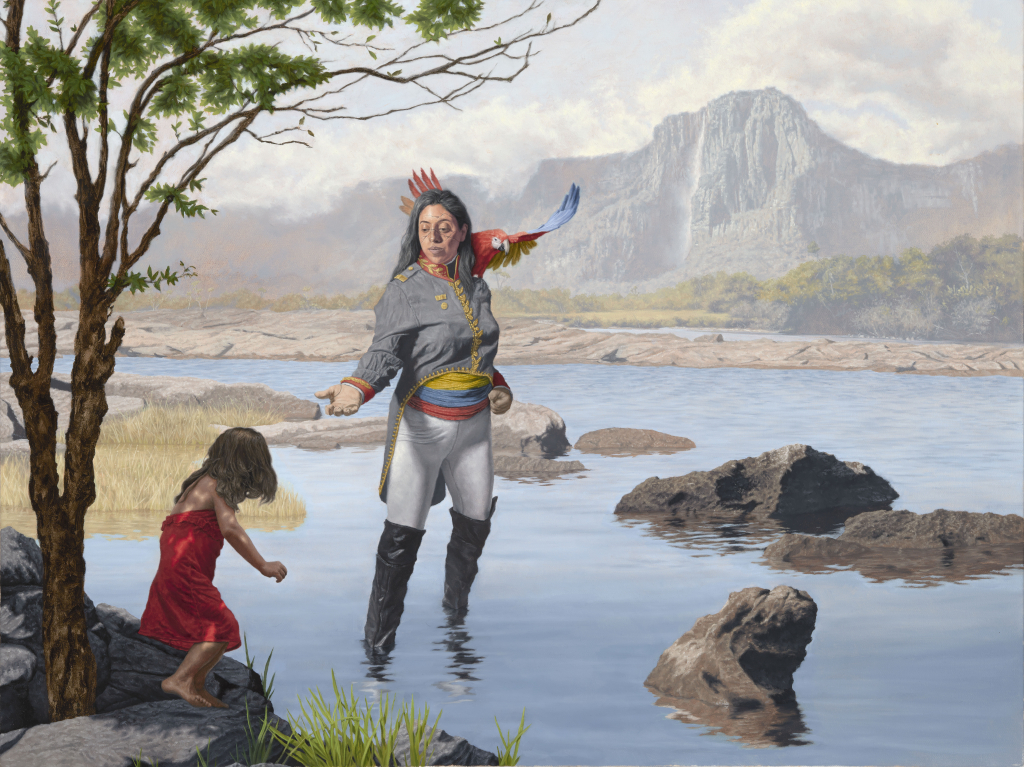 Last year, the Toronto Outdoor Art Fair didn’t go as initially planned (we’ll give you one guess as to why). It wasn’t cancelled, though; instead TOAF quickly pivoted to an online format, ensuring its slate of artists had a marketplace to show off their work. Despite the last-minute changes, it was a rousing success. But in a year that had already seen art galleries, exhibitions and festivals go on indefinite hiatus, TOAF was more than just a means for art lovers to patronize artists: it was a moment for people to connect in a moment of collective isolation.

That was year 59, and reassuring as it was during the alarming early days of the pandemic, we’re even more excited for TOAF60. It’s not just because of a general sense of maybe-this-pandemic-is-finally-coming-to-an-end optimism or the in-person extension of the festival happening at Stackt Market, either. Each day will see something new, from studio tours to panel discussions to a virtual reality exhibition featuring select works by TOAF artists. And with more than 400 artists participating, this is one of biggest TOAFs yet. Last year, the festival was a balm for a difficult time; this year, it’s just plain exciting, and we can’t wait. Below, we take a look at some artists we’re particularly eager to see.

Probing the ongoing social and political crises in his native Venezuela, Diego de la Rosa incorporates fantastical subjects into settings that are true to life and – amid scenes of urban unrest and bucolic pasture land – occasionally surreal. The composition echoes Western canon, but the narrative and commentary De la Rosa renders is entirely modern.

To view Moira Ness’s work is to see the artist, her personal connections and relationships laid bare. Taking old pieces of correspondence, Ness mines patterns using word-organizing algorithms that scramble and reconfigure her prose, quantifying and visualizing the frequency and character of her social interactions.

Wrought in ceramic, the organic forms that Lauren Blakey sculpts, including stylized flowers, leaves, moss and lichens, are full of life while affecting the look of ancient ruins. “I am seeking to create visual representations that convey the juxtapositions found in our natural world,” says Blakey. “Ideas of growth and decay, strength and fragility.”

Any regular Toronto transit rider will nod in appreciation of Mark Gleberzon’s TTCxFury (after all, one’s commute and raw anger often go hand-in-hand). But unlike the singularly aggravating experience that is a disrupted ride to work, Gleberzon’s work is multifaceted, often incorporating a wide range of media and motifs.

With an almost industrial, utilitarian feel, Yuki Wong’s Diffraction 1 brooch features rectilinear and curvilinear halves that capture and diffract light, making its surroundings as much a material part of the piece as the sterling silver base and cubic zirconia at its heart. He other jewellery follows suit, interrogating our conception of form and function.

Sage Szkabarnicki-Stuart’s photos mine our immediate setting – the ravines, flora and fauna of Toronto – for surreal explorations of how we interact with, affect and categorize the natural world. Titled “Animal Logic,” the series recasts our idea of what belongs, what doesn’t, what’s protected and what’s not.

Although the colour palette in Yevhen Samuchenko’s “At the Pink Planet” series is reminiscent of an L.A. sunset, the result – amplified by stripped-down, minimalist settings – make each photo feel like part of an alien landscape. Solitary figures bring the viewer back down to Earth, though, prompting wonder about the changing world and our place in it.

The group of multidisciplinary artists, designers and musicians that make up AMPAC is on a mission to see Moss Park revived as a hub of art and creativity. Plenty of the work depicts familiar scenes – an alley behind an Annex bar, quiet streets just outside the downtown core – while other pieces delve into pop art and abstraction. 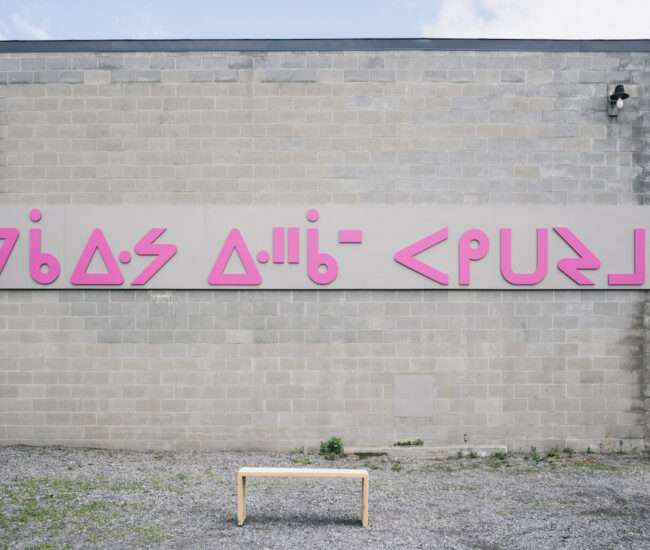 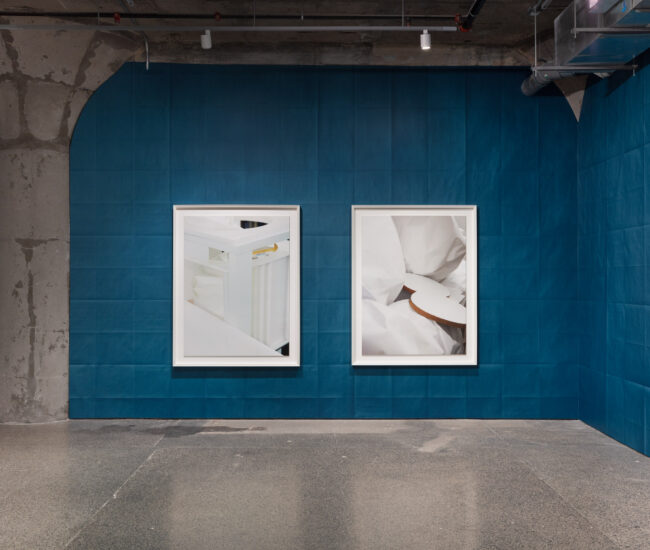 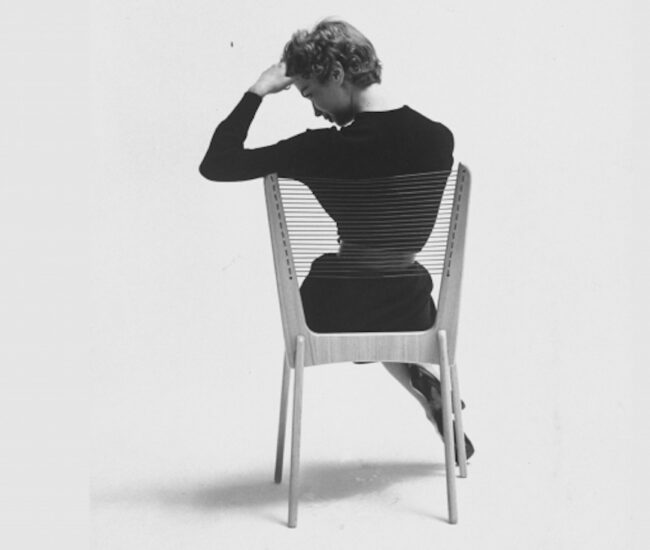 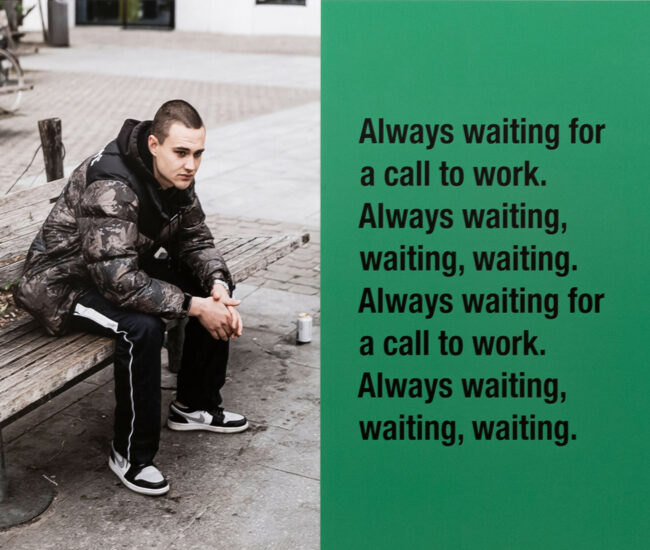 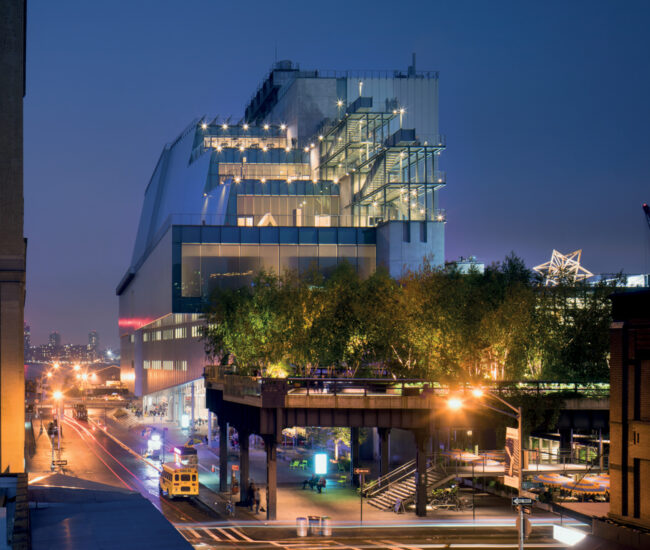 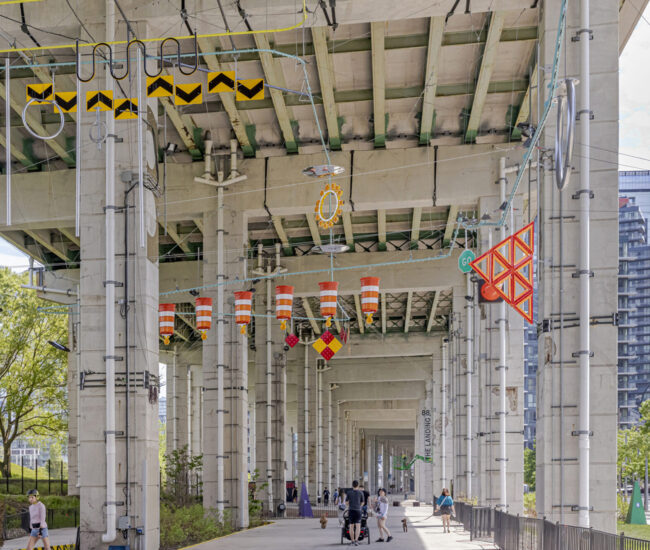 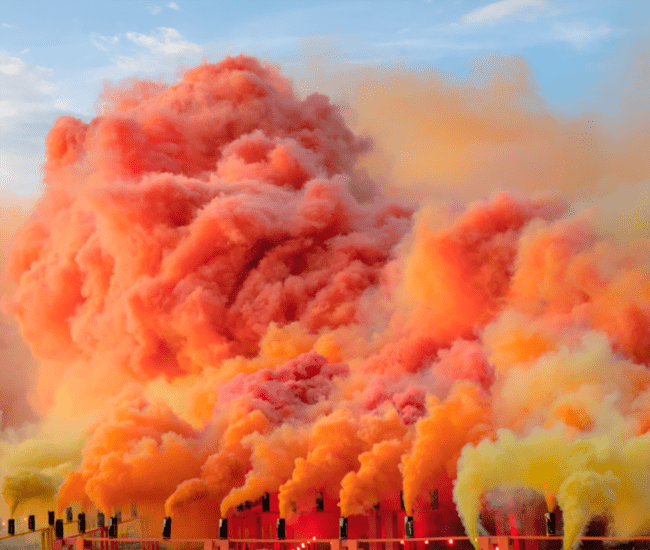