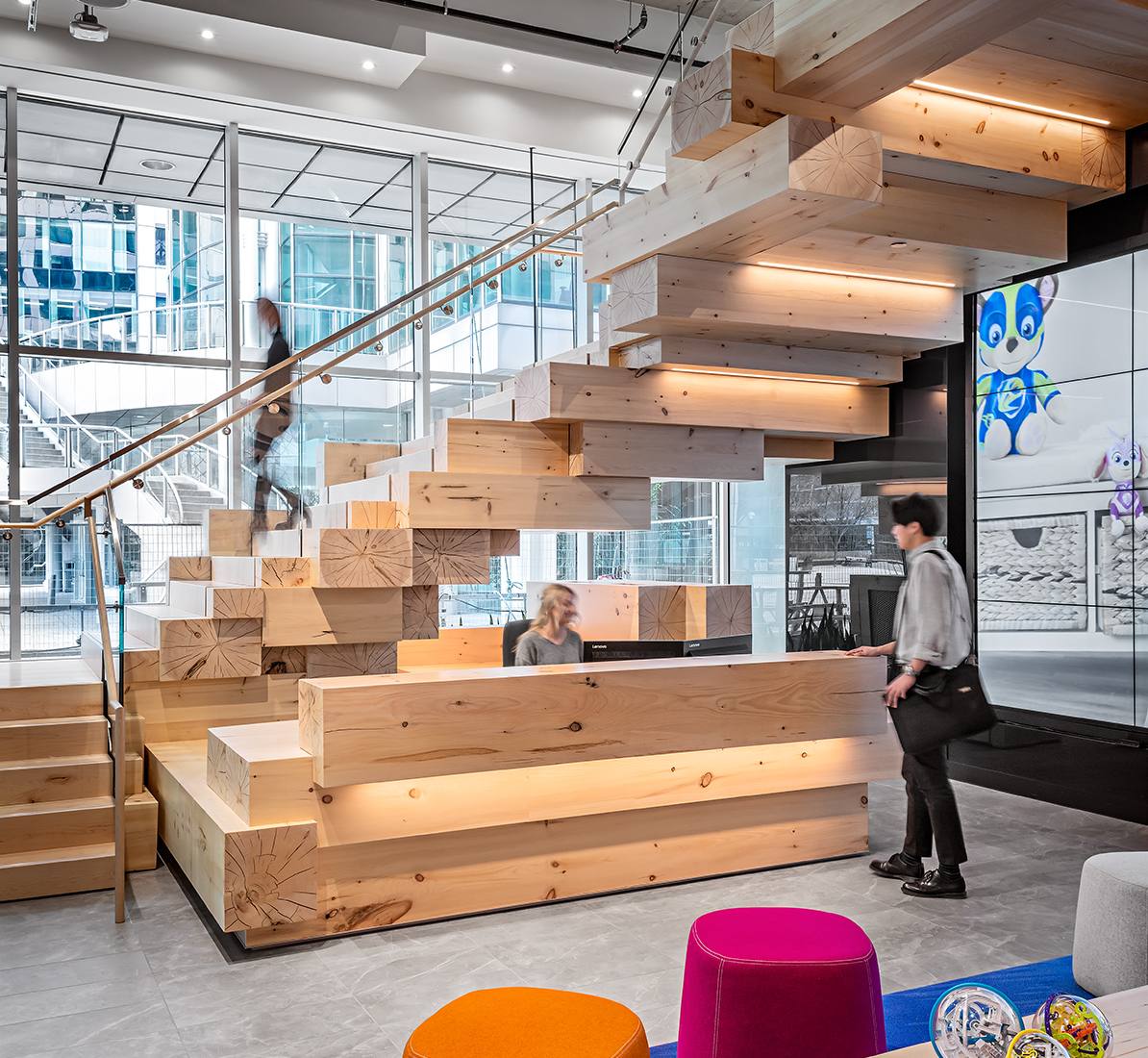 Building – and then knocking over – block towers is fun. It’s what makes Spin Master’s Jenga-like Jumbling Tower game so successful, and – at least in part – what pushed the growing entertainment company and game manufacturer into a six-storey, ’90s-era office tower downtown. Corporate greige is a poor fit for a toy workshop, though, so Anthony Orasi, partner of iN Studio Creative, pitched a top-to-bottom rebuild with a giant Jumbling-block staircase at its heart.

iN Studio couldn’t just stack lengths of timber to build it. Situated above Toronto’s PATH, the floor would not bear the weight of a solid wood staircase, so Orasi decided to hang it from the second storey. To lighten this load, the project’s millworker, MCM, built dozens of steel frames clad in white pine to affect the authentic look and feel – writ large – of Spin Master’s popular stacking game. But unlike the toy, this tower will never tumble. INSTUDIOCREATIVE.COM