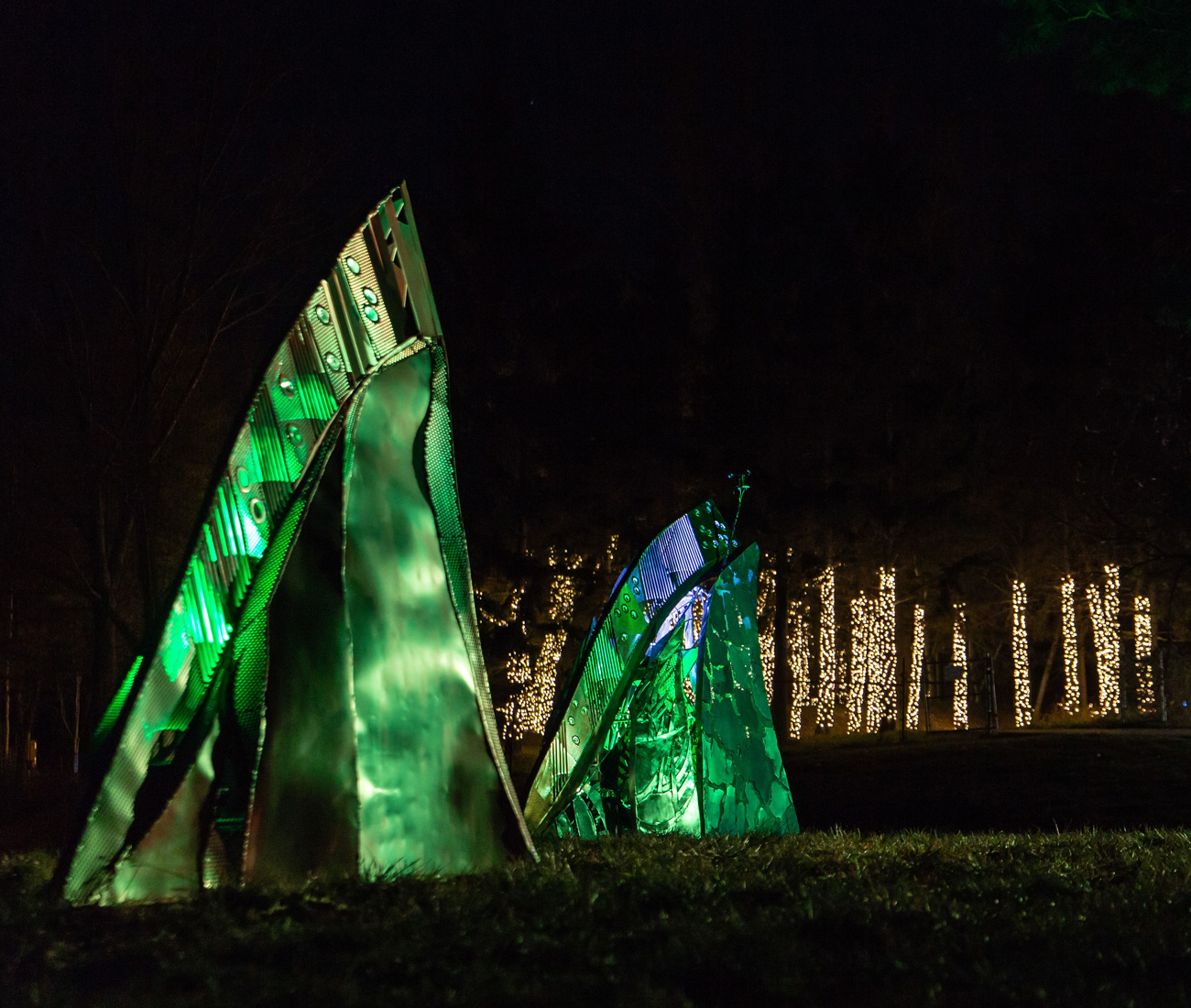 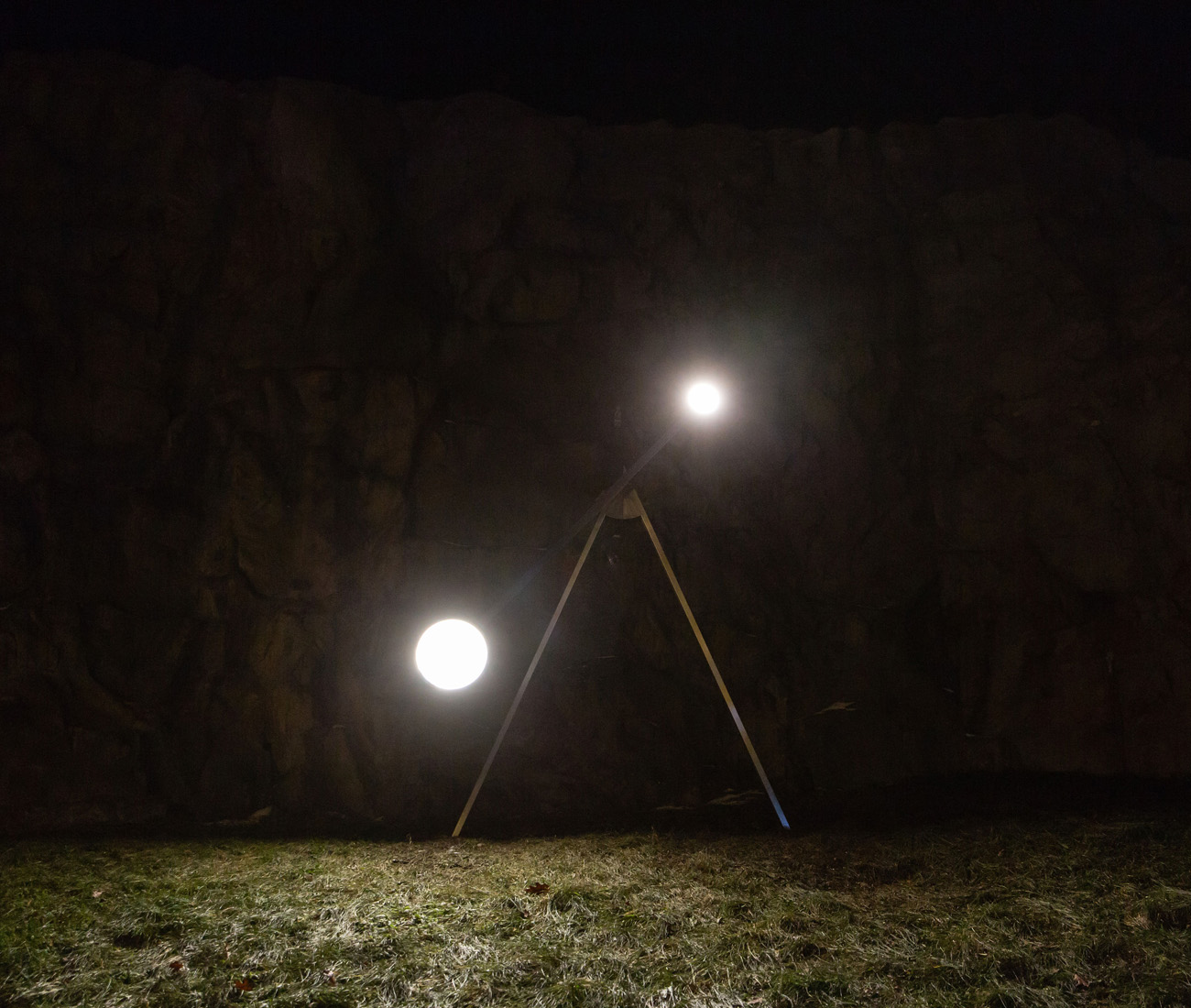 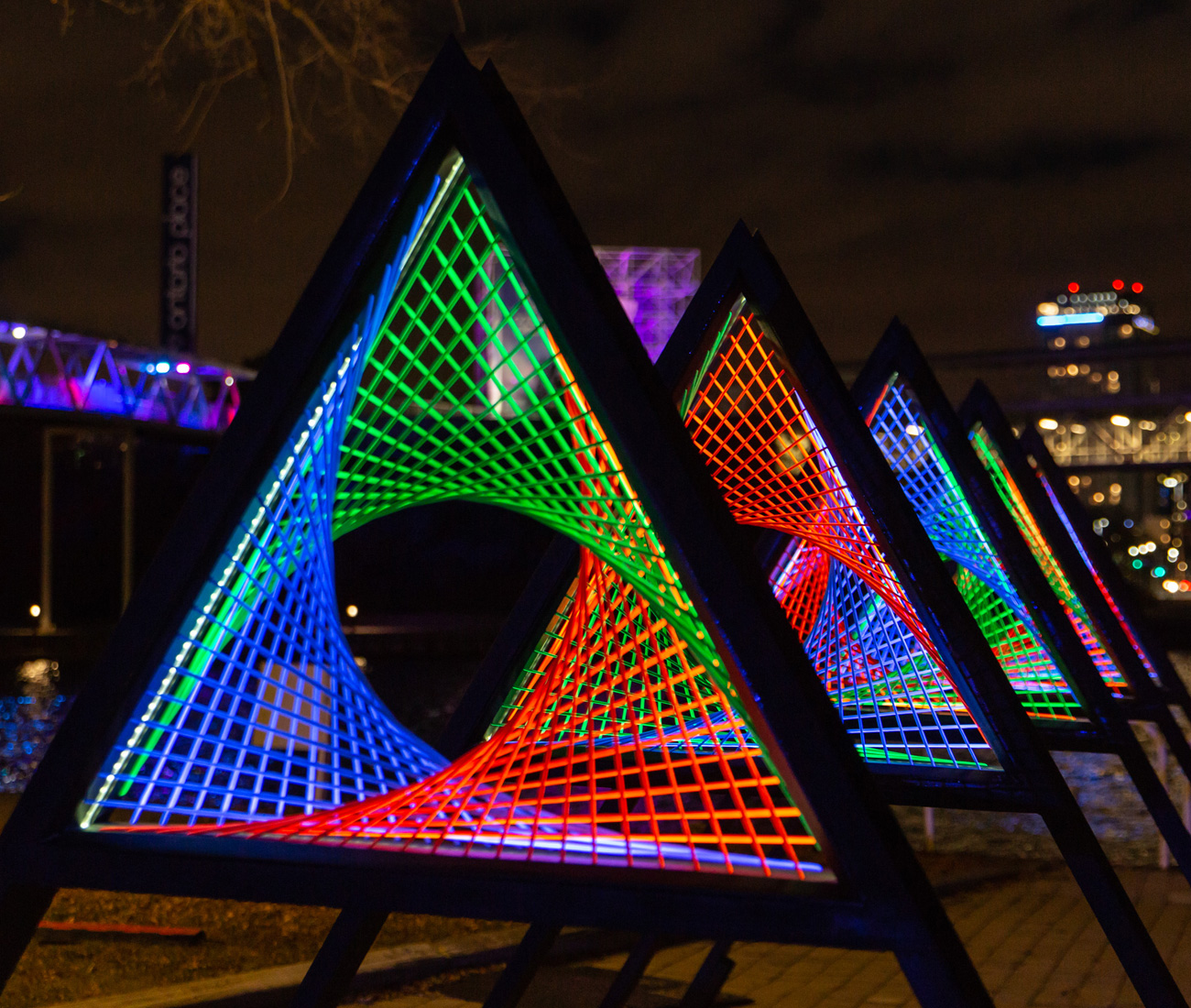 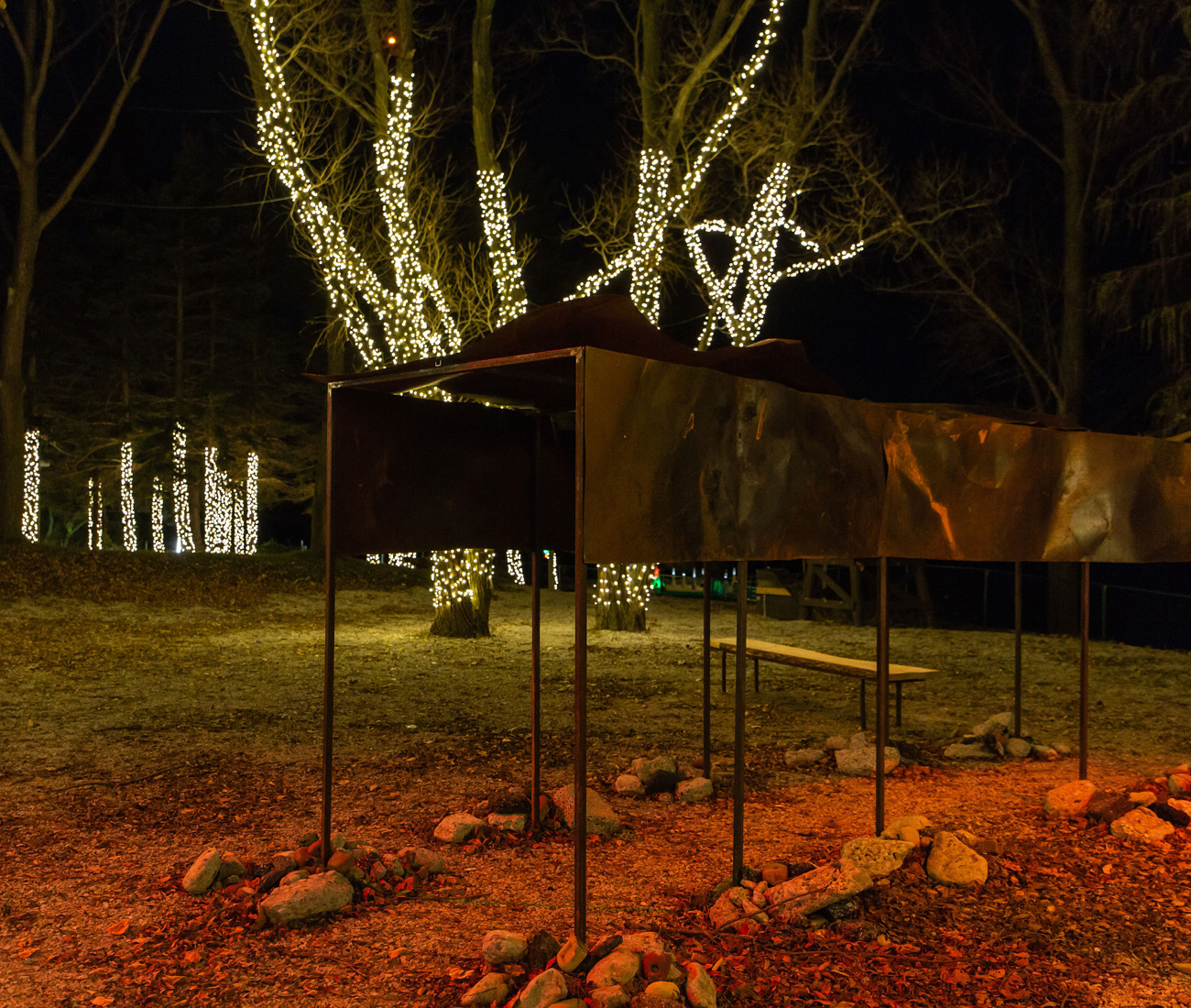 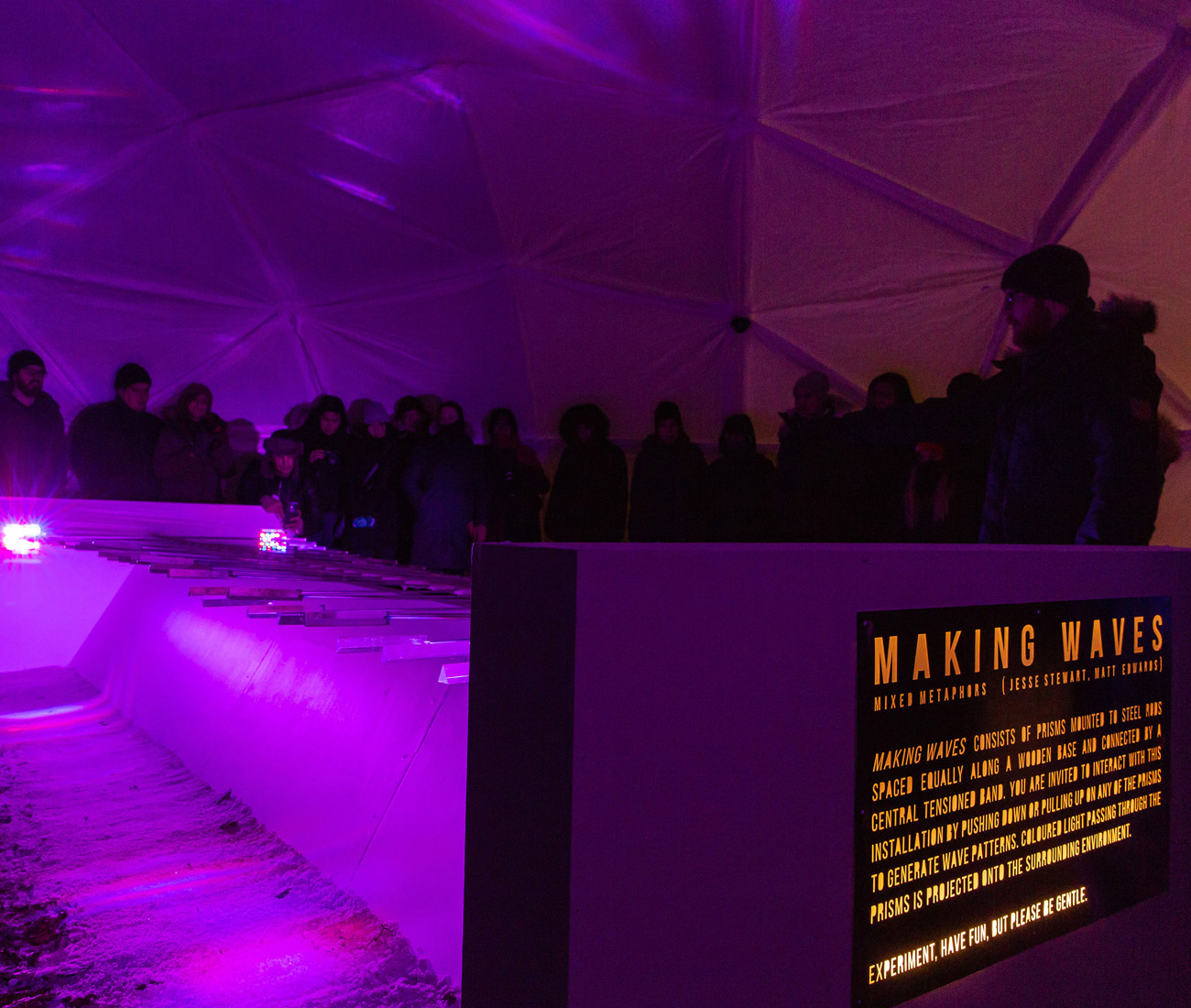 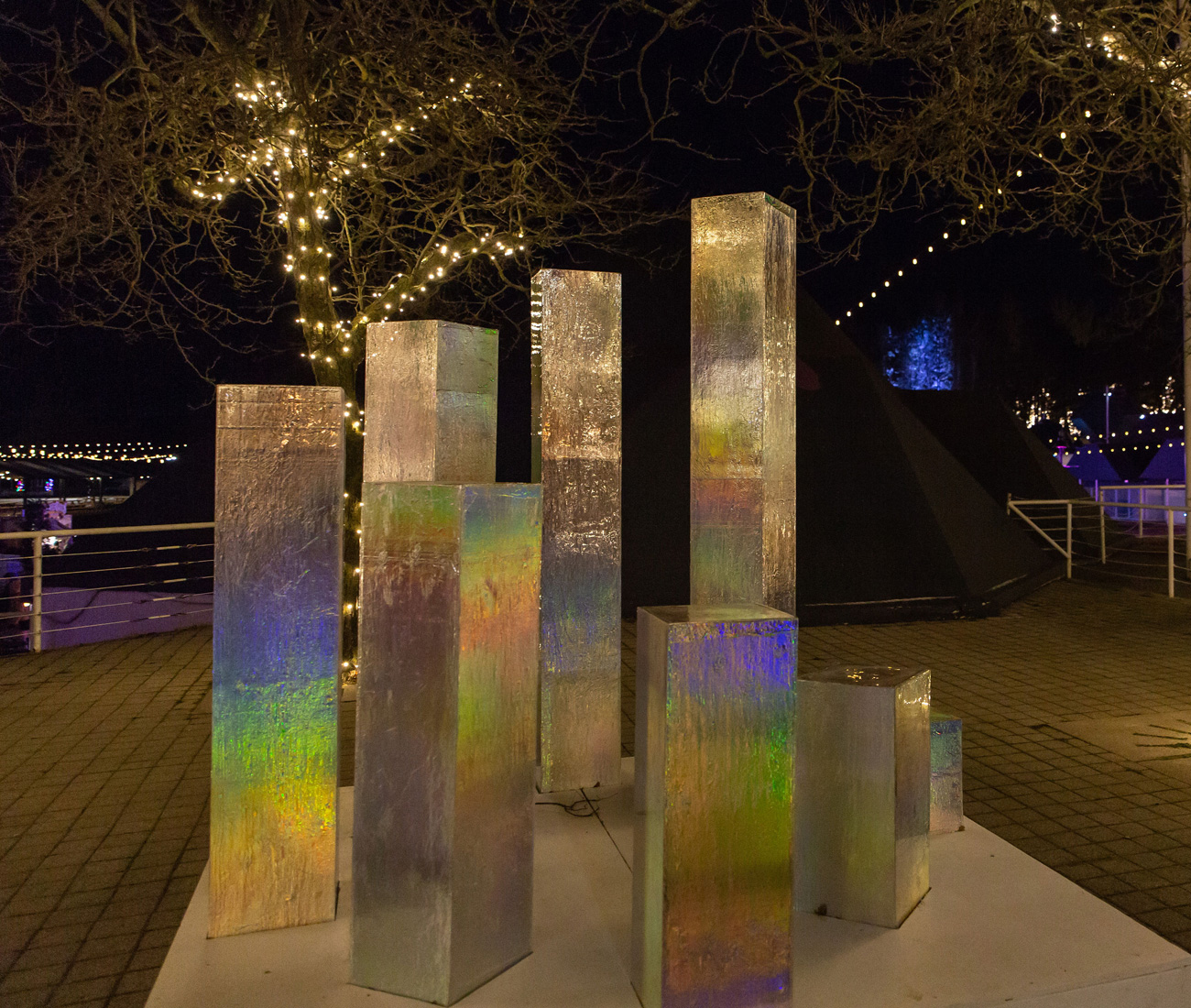 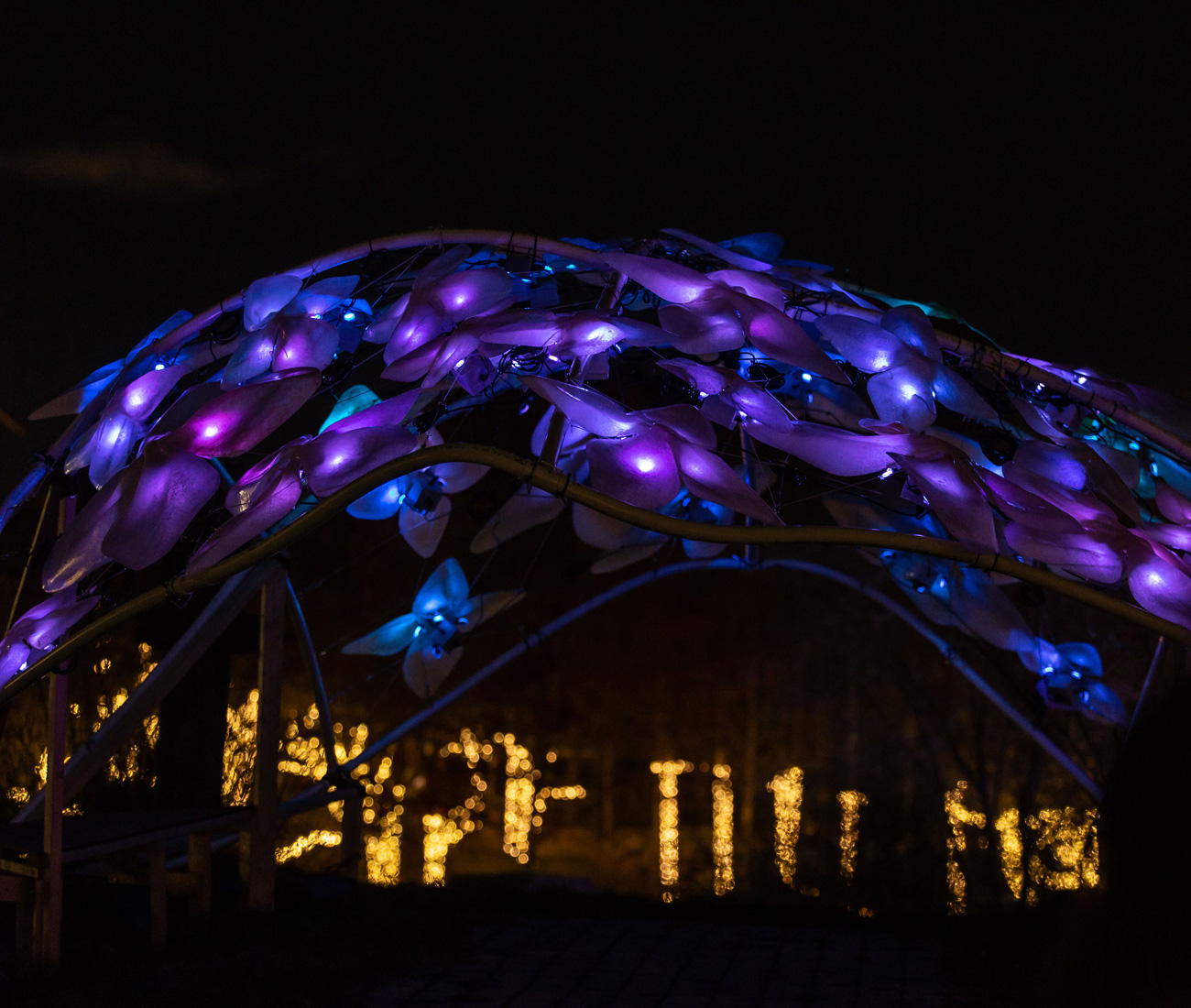 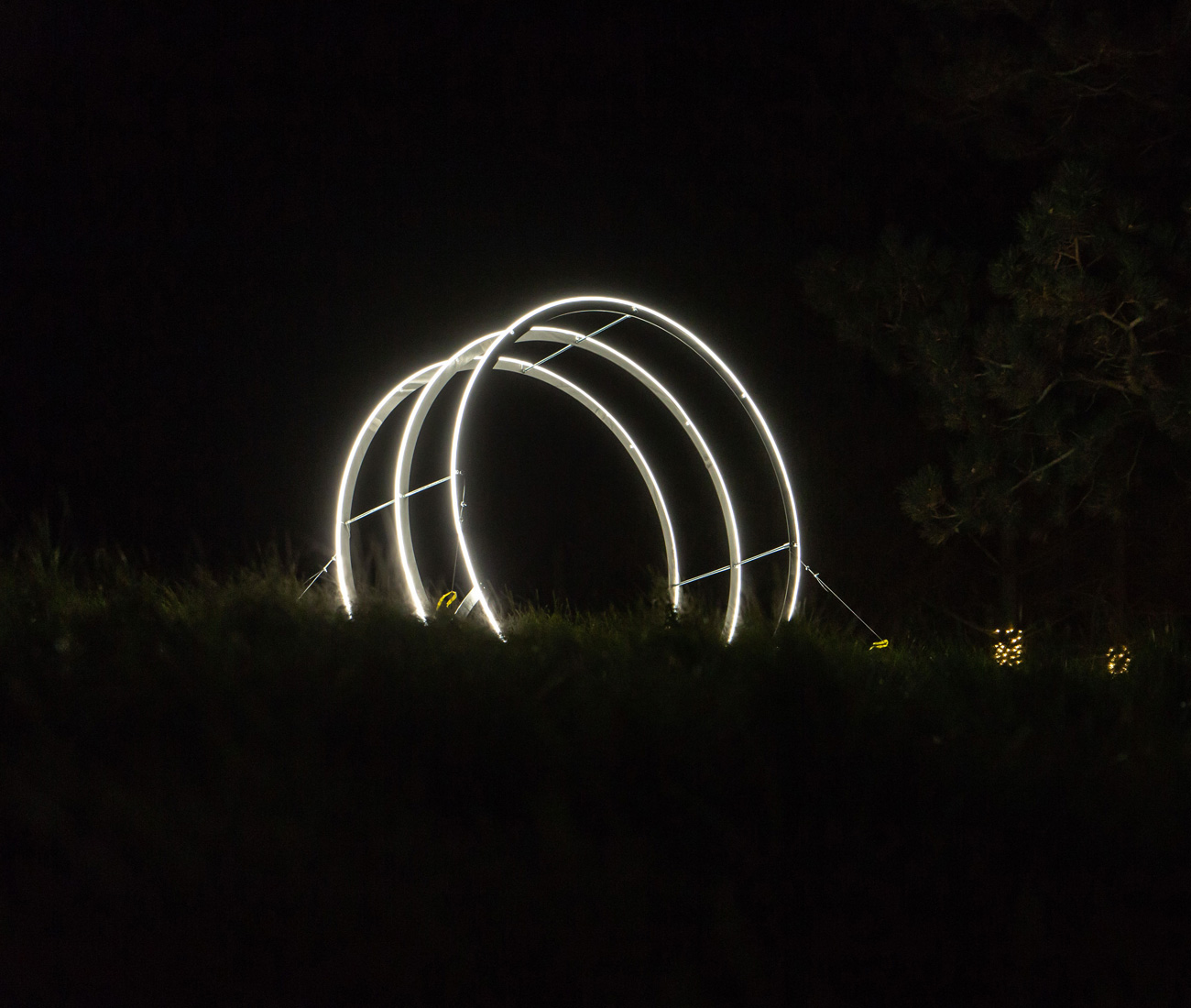 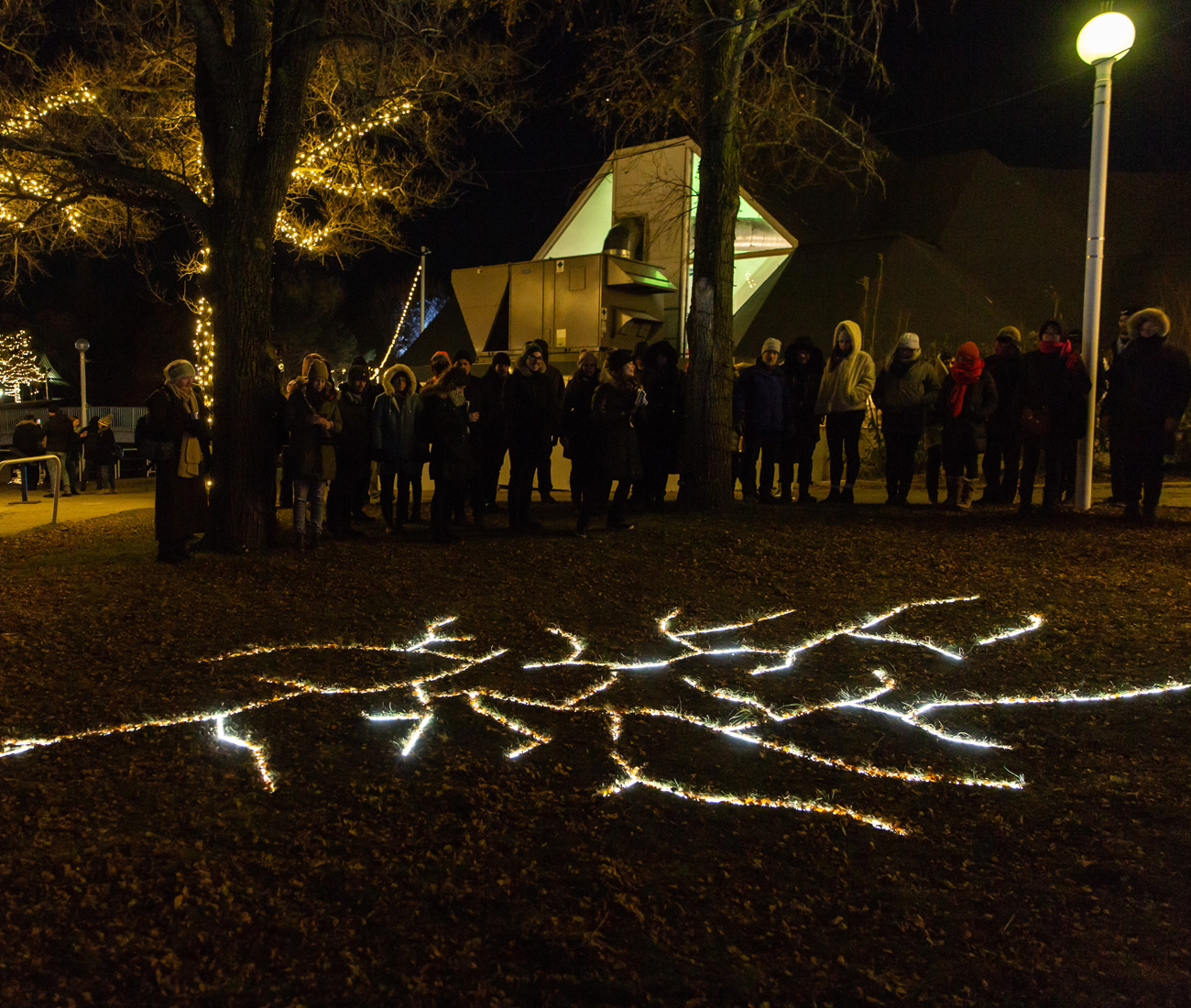 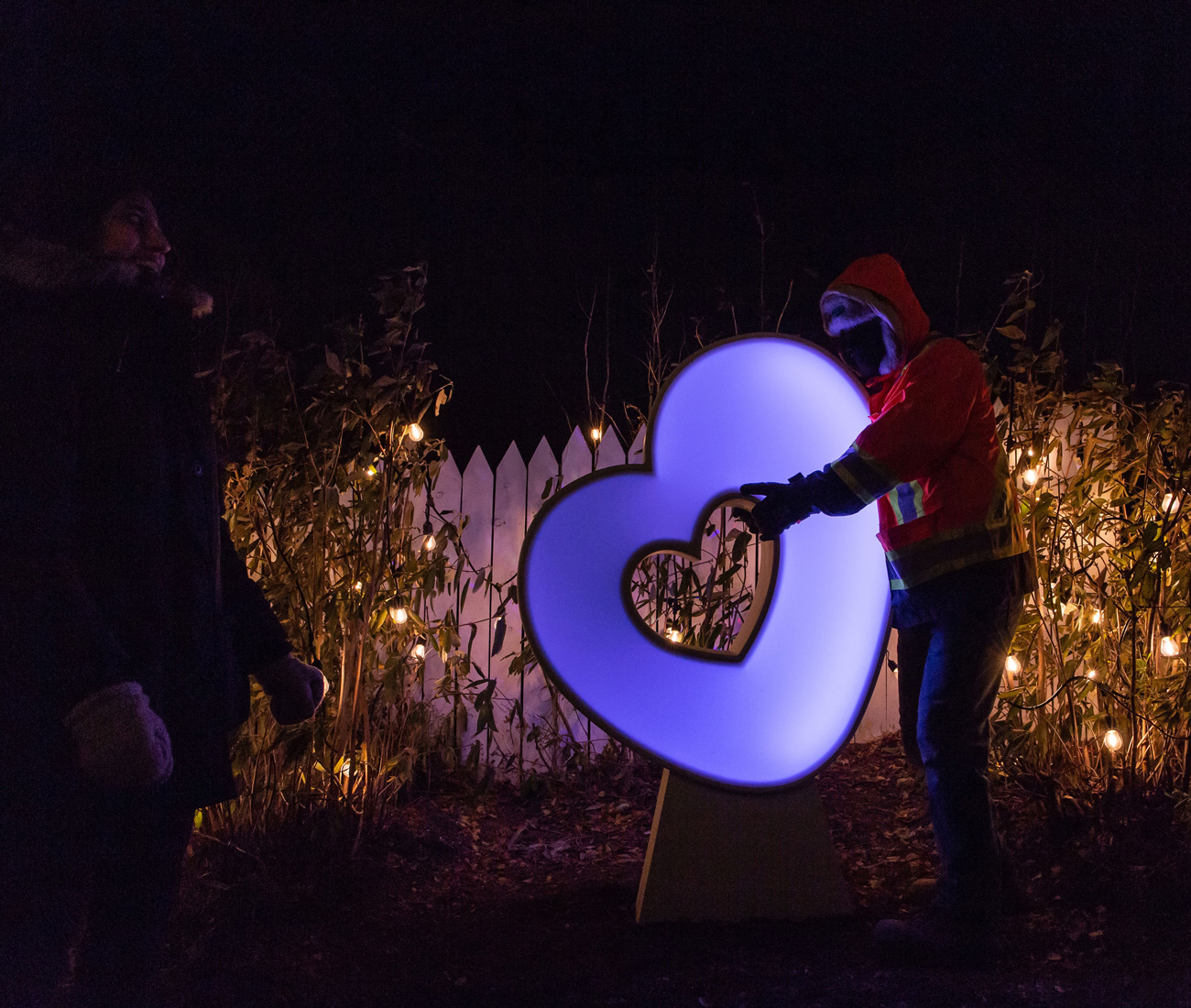 With Winter Lights, Toronto has a shiny new reason to brave the cold and get outside. Eighteen light installations are on now at Ontario Place, promising to brighten up the city’s darkest months

During the long Toronto winter, it can often feel as if you’ve gone days, or even weeks, without seeing the sun. We wake up in darkness and go home in darkness. By the time things start to thaw, it can seem like the only light you’ve seen for months comes from the computer screen so many of us spend our days huddled in front of. 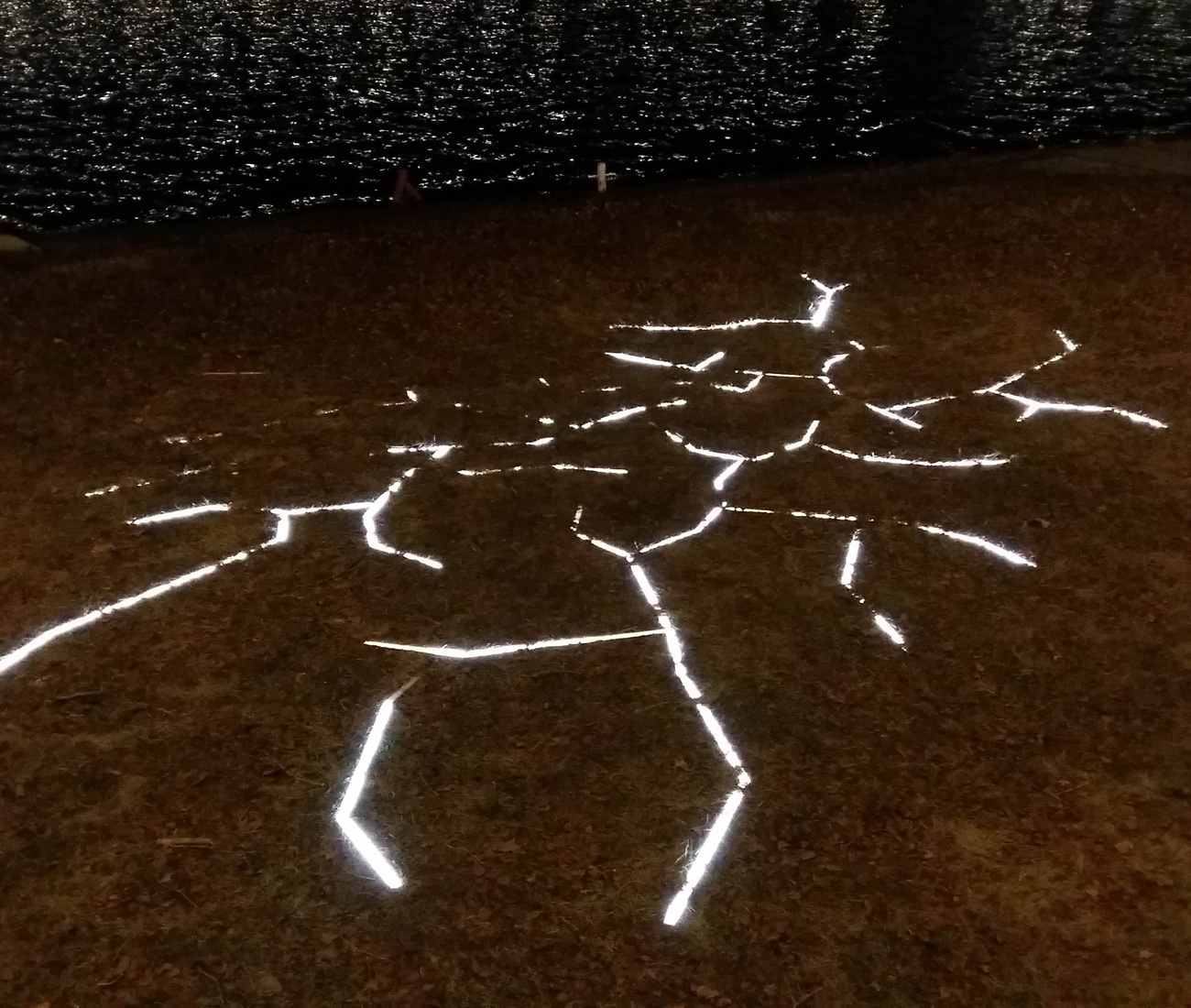 For the second year, Ontario Place is trying to brighten up the city’s darkest days with the Winter Lights series of installations. The event scatters light sculptures across the waterfront venue’s West Island. Curated via competition, this year’s eighteen works – all by Ontario artists – share a common theme of Disruptive Engagement. And disruption, of the dark days spent avoiding the outside, is exactly the intention of Winter Lights. 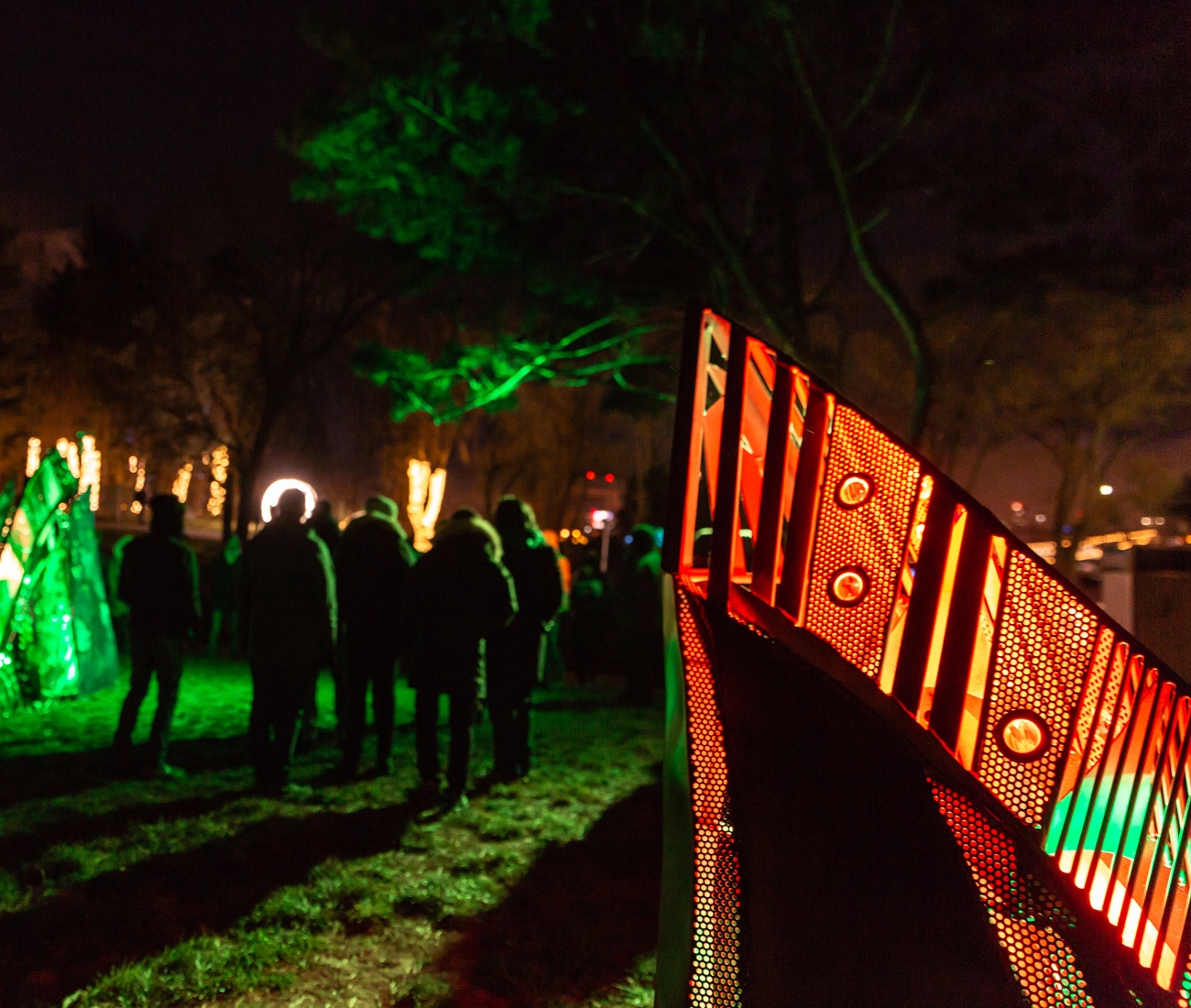 “Winter can be quite depressing, with the lack of sunlight. Your ability to do things is kind of diminished … it’s hard to want to deal with that -20 degree weather,” says Karen Nussbaum, communications specialist at Ontario Place. “Seasonal Affective Disorder was something that kept coming up in putting this together – the need for light and desire to seek it. So this is a reason to push yourself to get outside and maybe find a little bit of inspiration.” 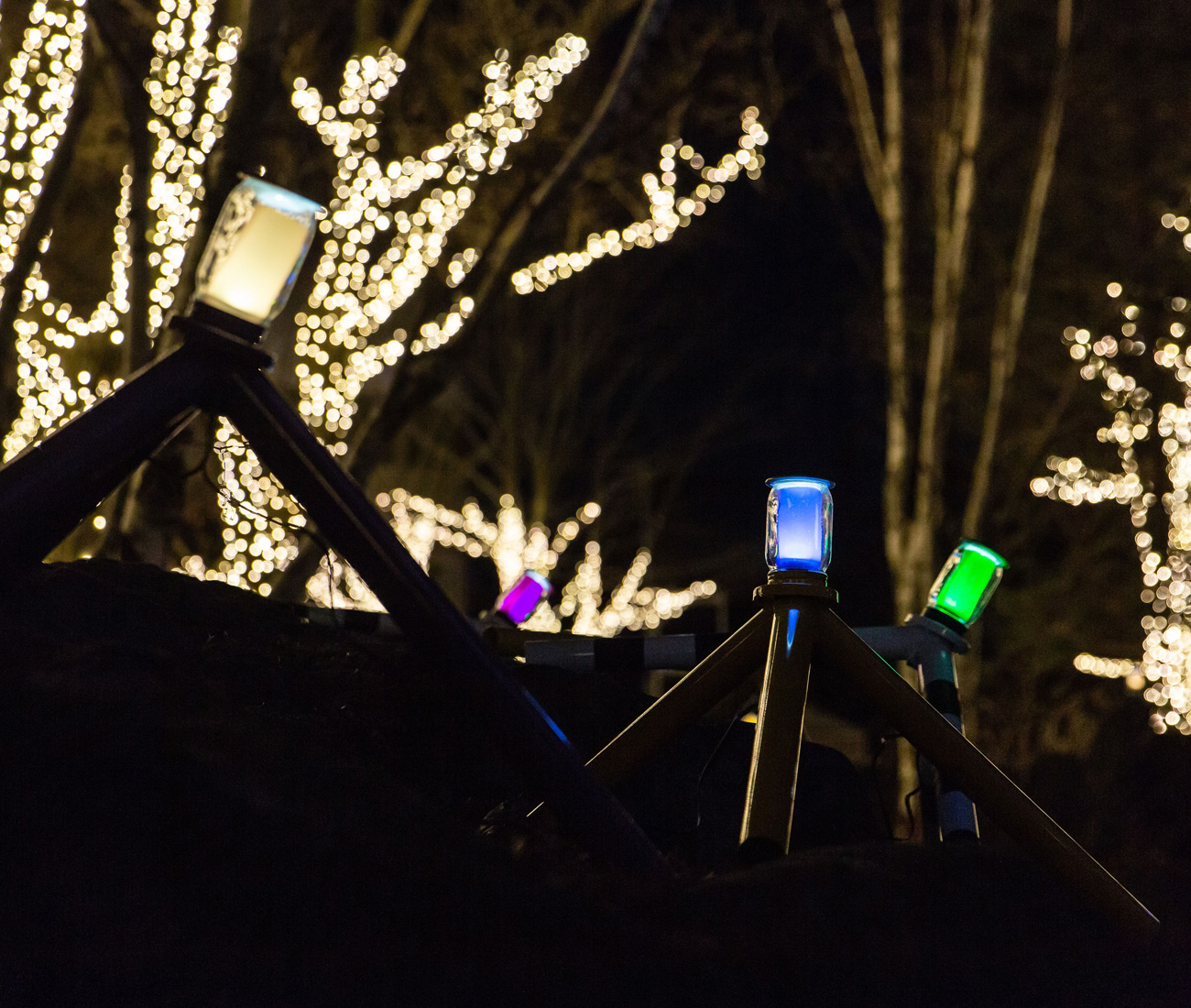 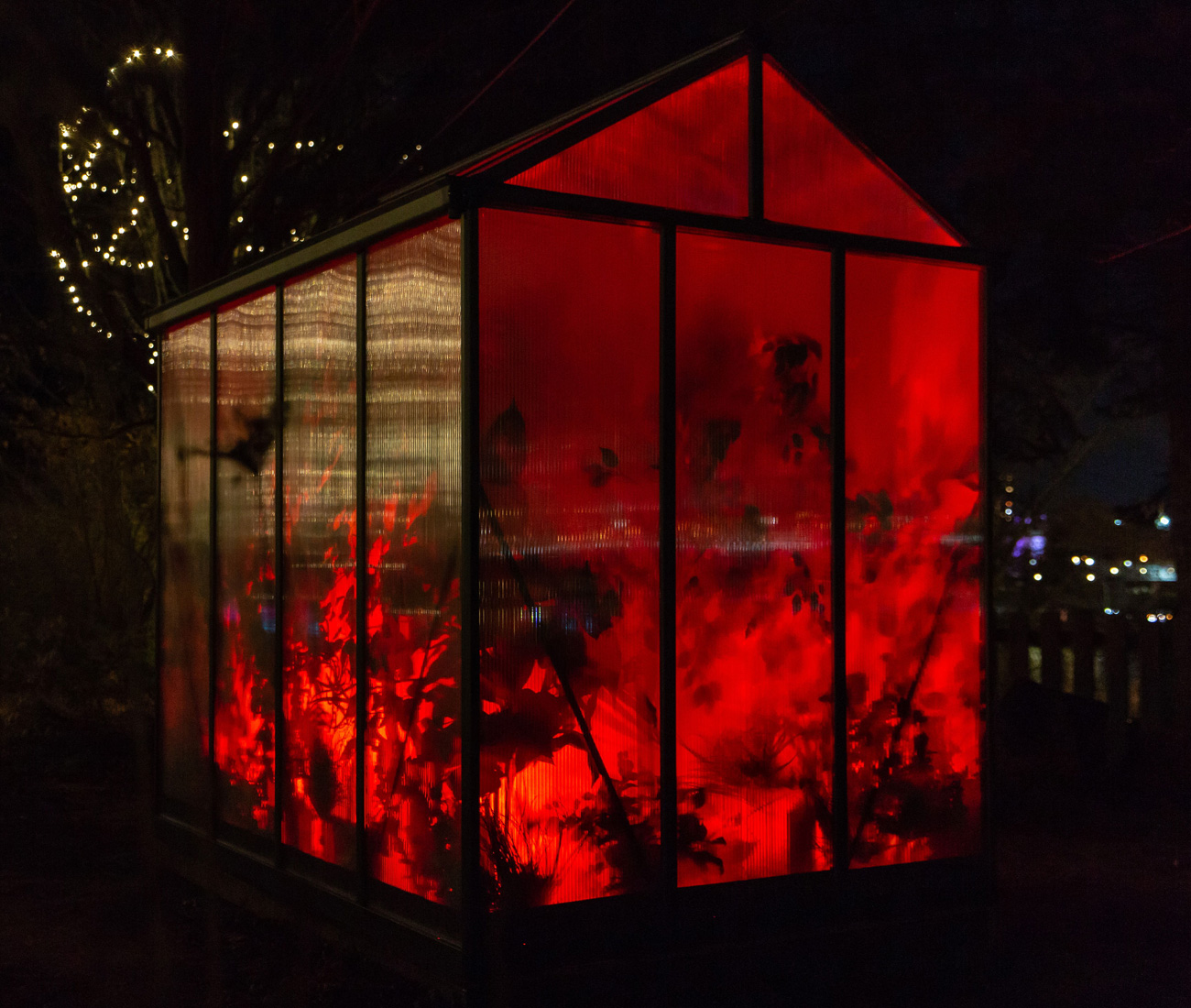 Akin to a holiday window display or diorama, Circadian Rhythms by Caterina Stambolic is tucked into the wall of one of the island’s man-made caves. A surprisingly soothing reminder of how winter can play havoc with our wellbeing, this installation combines sculptural resin and acrylic forms with softly undulating light, and, like a handful of other pieces, is accompanied by a gentle ambient soundtrack. 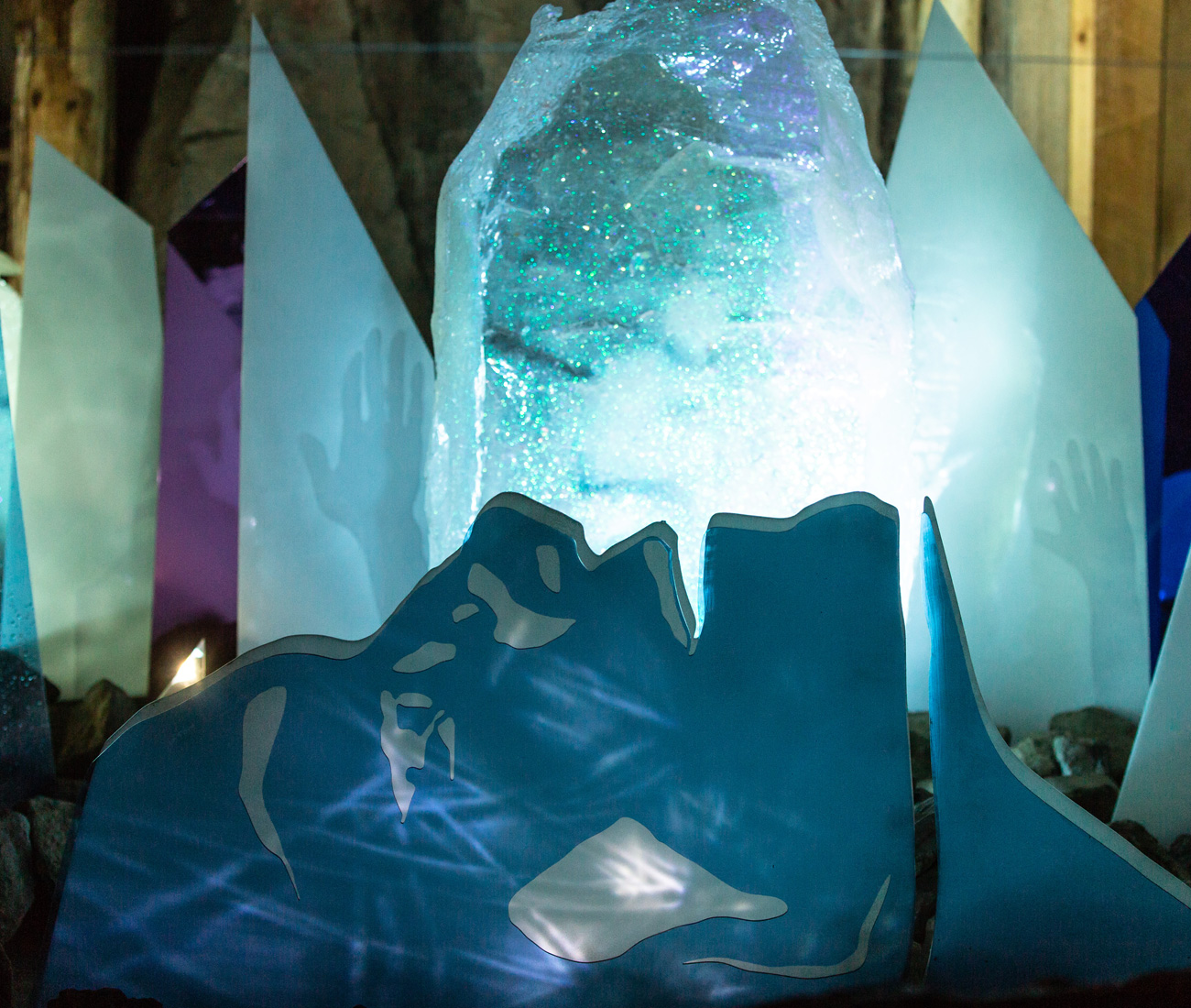 For SHADOK & AYÊ, furniture and lighting designer Hanae Baruchel translates her concrete oeuvre into an artistic landscape installation for the first time. A quintet of human-scaled concrete towers, each incorporates forms that will be familiar to those who’ve seen her award-winning lighting. Though they are part of the same family, says Baruchel, “They can’t seem to get past their minor differences. The way they face/ignore each other is meant to ‘bring to light’ and simulate the sorts of discussions we seem to no longer be willing to engage in, in a world as polarized as ours.” 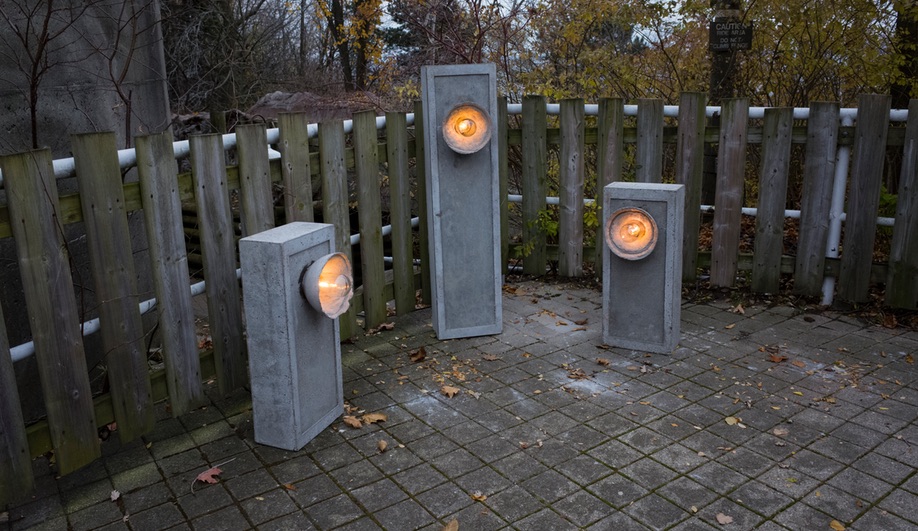 Baruchel’s piece might be one that particularly resonates at this time of year. Though the event is on until March 19, December may be the best time to catch it. Not only does it offer a great opportunity to get outside and get a little fresh air and exercise, it also offers some respite from the amped up holiday hustle and bustle of downtown. 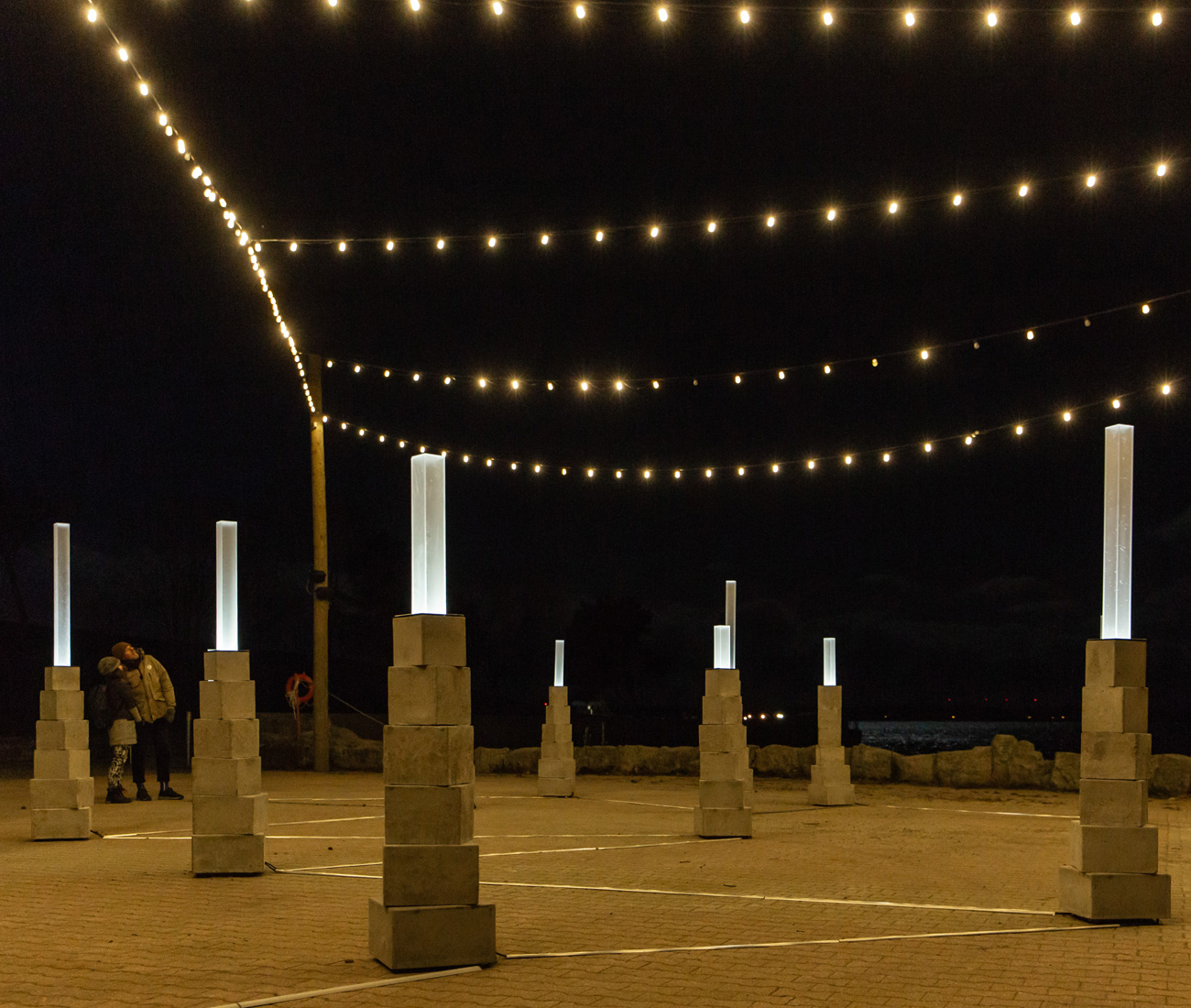 The installations are spread out enough to give visitors space without crowds forming around each, allowing opportunities to meditate on each piece, to step back and take in the work, as well as its surroundings. Standing at the southern-most point of the island, with the wind whipping around your face as Christine Dewancker’s The Faraway Nearby directs your senses to the horizon that lies deep in the darkness over the lake, you’ll feel as far away from the mall lineups as you can get. 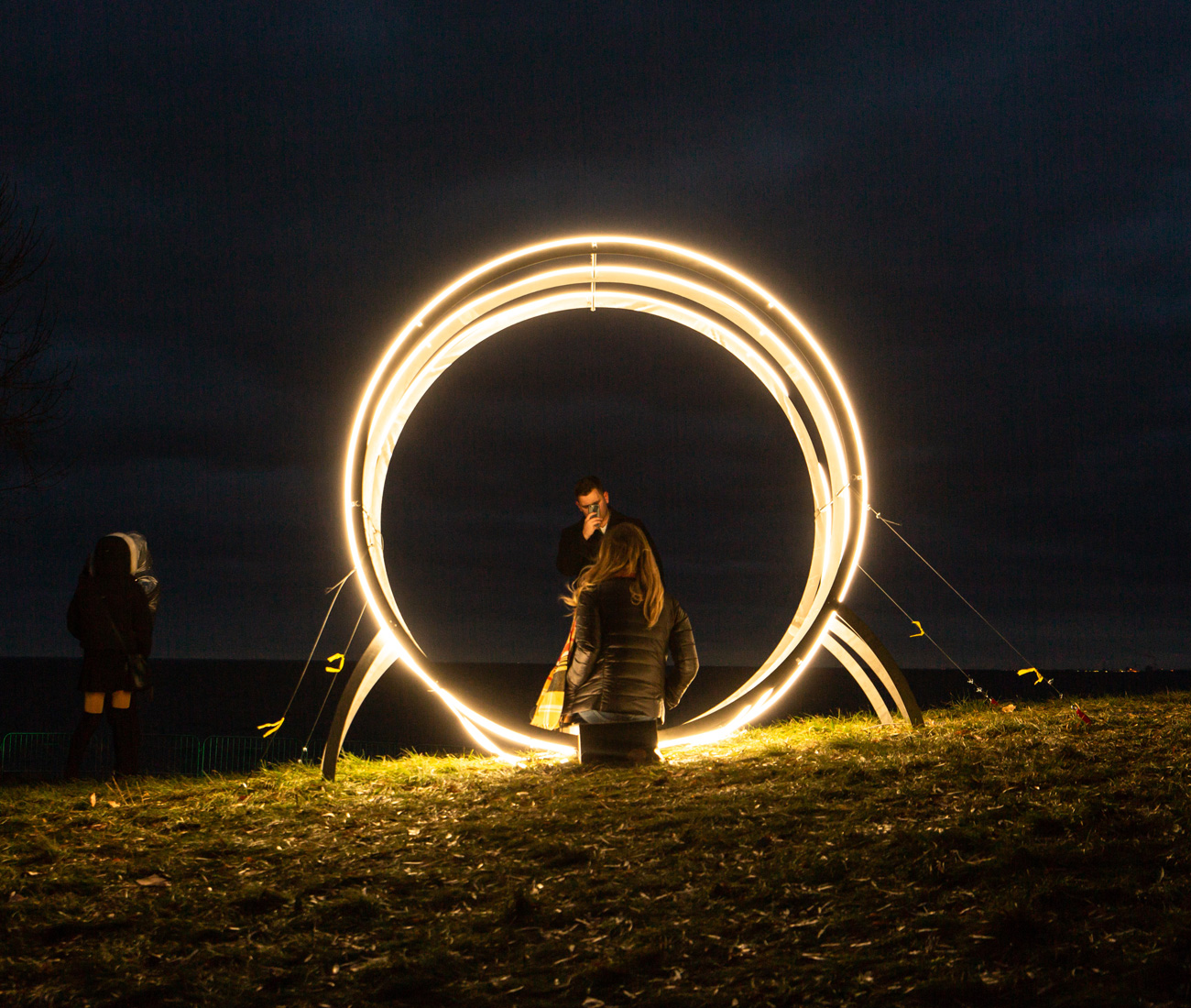 Of course, there are those who will be more interested in documenting the experience than taking in the moment, and the Instagram opportunities abound. Tonya Hart’s Halo, for example, is a series of three glowing rings that wrap a platform where visitors can stand and take in their surroundings – and grab a pic. And Obscura – John Nguyen, Anton Skorishchenko, Stephen Baik and Robert Lee – cleverly circumvents the challenge of photographing light with a series of triangular frames that illuminate woven patterns of colourful rope. 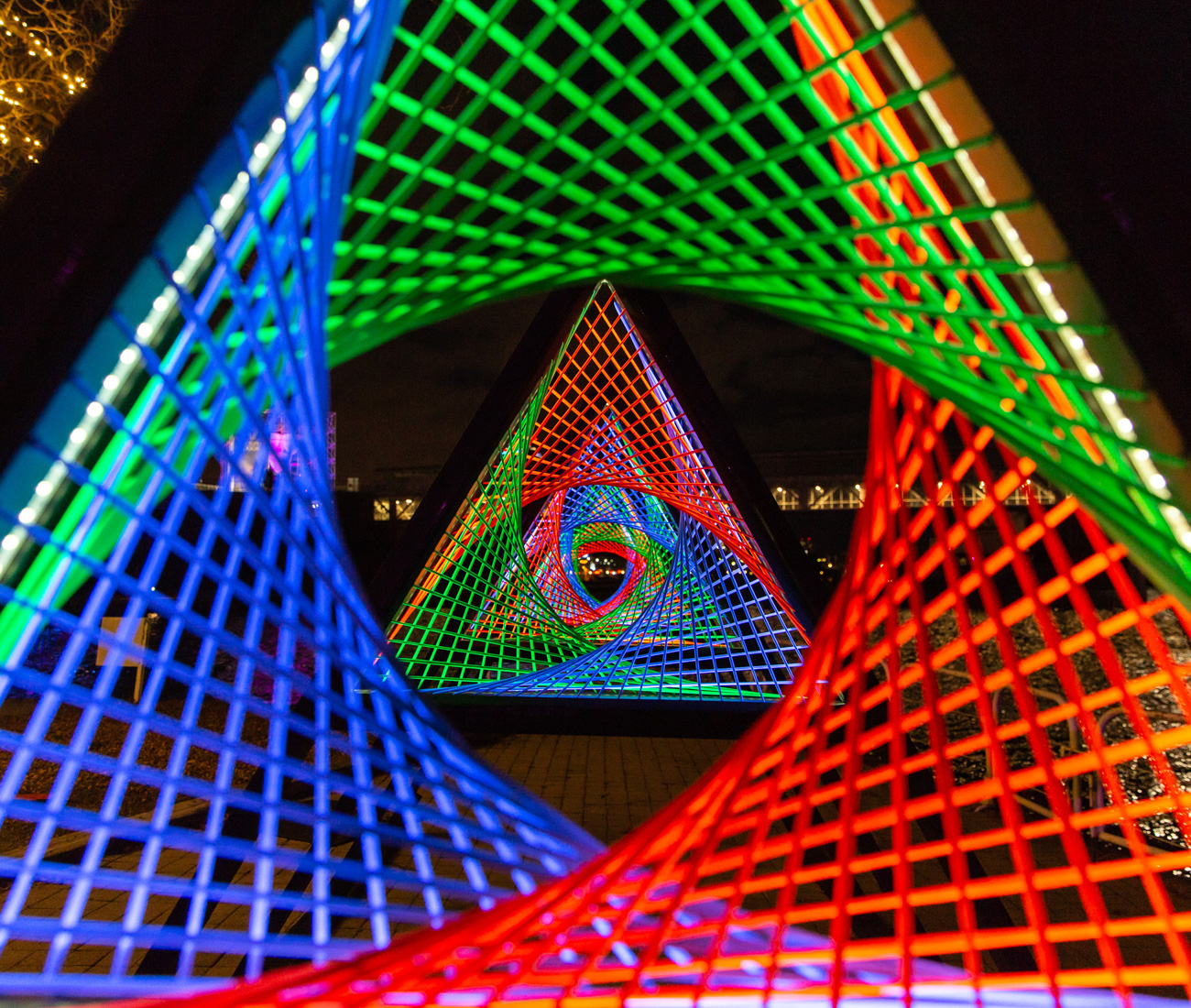 While for each visitor there will be standouts, unlike with other similar events, Winter Lights is truly more than the sum of its parts. None of the pieces feel overly showy, instead working in unison to feel like a singular journey of discovery, rather than a series of individual works competing for attention.