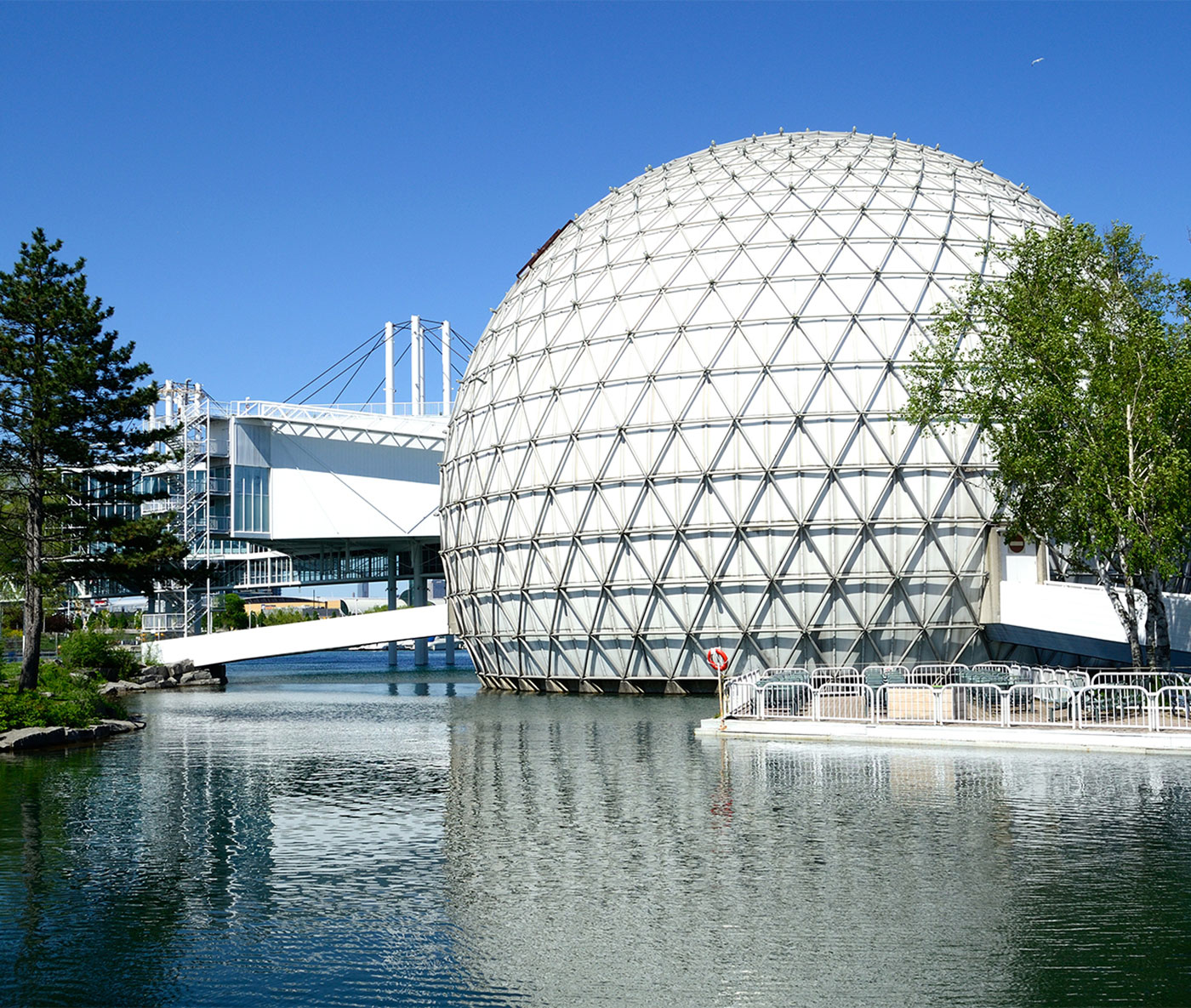 The waterfront icon looms large in the history of Toronto and in the hearts of its citizens – and still has a part to play in the city’s future.

When Ontario Place was included in the World Monuments Fund’s 2020 Watch, it joined the likes of Paris’s Notre-Dame Cathedral and Chile’s Easter Island in a global survey of cultural heritage sites in need of urgent action. While the exalted company underlined the threatened Toronto landmark’s social and historical value in no uncertain terms, the designation also marked a crescendo in an ongoing saga all-too familiar to lovers of the public waterfront park – that is, most all Torontonians.

After four decades of successful operations, large portions of the site were closed in 2011 in response to what the provincial government saw as low visitor numbers. In 2018, Ontario Place’s governing board was disbanded, which further cast the iconic venue’s fate into question. Around this time, the province put out an opaque call for proposals to redevelop the site – one that failed to mandate continued public access to the park, engage the multitude of stakeholders using the site today or recognize Ontario Place’s architectural and landscape significance. Private sector enterprises responded with overhaul plans uninformed by public consultation, or even made available for public view.

While recognizing this unfortunate state of affairs, the World Monuments Fund’s designation also calls attention to the outstanding heritage values of Ontario Place in the international arena. Ontario Place is part of a constellation of speculative proposals in architecture and urban design dreamed up in the 1960s and ’70s.

The most ambitious of these came to be known as “megastructures” — a term coined by Reyner Banham in his seminal 1976 book Megastructure: Urban Futures of the Recent Past. Well-known examples include Buckminster Fuller’s Triton City, Kenzo Tange’s Tokyo Bay Project, Kiyonori Kikutake’s Ocean City and Frei Otto’s Arctic City. As one of the few such projects ever built, Ontario Place “realizes in tangible physical form some of the most ambitious Utopian architectural ideas” of the late 20th Century, as noted by the Royal Architectural Institute of Canada in awarding the site its Prix du XX Siècle in 2017.

Soon after its 1971 opening, Ontario Place’s futuristic landscapes and structures, built on three artificial islands, became recognizable icons on Toronto’s skyline. At the centre of the site, Canadian architect Eberhard Zeidler designed five steel and glass pavilions suspended above a lagoon on central pylons, and connected by glazed walkways to a 35-metre-wide triodetic sphere structure – the beloved Cinesphere – that hosted the first permanent IMAX Cinema in the world. It is a futuristic design worthy of the wildest dreams of forward-looking architects Yona Freidman and Archigram.

Also to be found on the site were the “Forum,” an open-air amphitheater featuring a hyper-parabolic roof nestled in grassy slopes, the “Children’s Village,” a play area shaded by a giant tensile structure, and the “Village Clusters,” where small-scale but crisply geometric buildings contained restaurants and shops. All these were set in a landscape, designed by Canadian landscape architect Michael Hough, of winding paths, dense forests, quiet canals and navigable lagoons protected by a breakwater constructed of three deliberately sunken ships (!).

A spirit of social equity animated Zeidler and Hough’s overall plan; they sought to carve out an accessible recreational hub for all Ontarians. And since its opening, generations have enjoyed Ontario Place despite ill-conceived alterations and additions that compromised much of its original design. The Pods initially contained restaurants and exhibitions showcasing the history of Ontario, but struggled to find a use over the years – and were rented out as event spaces before finally being shuttered in 2016. Other components met even gloomier fates: the Children’s Village was incrementally destroyed over the years, with the last remnant finally disappearing in 2002. The Forum was demolished in 1994 and replaced with the Budweiser Stage, whose commonplace architecture shrinks in contrast to the stunning Pods and Cinesphere. Michael Hough’s landscape design has been similarly eroded over time.

In 2017, a more positive addition became part of the site. Offering 7.5 acres of public green space, Trillium Park was built on a former parking lot on the East Island. Featuring a network of paths set in native plantings, with landforms that replicate those found throughout the province, the design recalls Hough’s own design philosophy. It also provides improved pedestrian and cyclist access from the east, which helps alleviate the long-standing issue of the site being difficult to get to without a car.

Trillium Park has shown that careful additions can enhance the qualities of Ontario Place and keep its heritage alive and vibrant. Conservation is not antithetical to development – it is part and parcel of a thoughtful approach to reimagining a globally recognized heritage site. A new partnership between World Monuments Fund, the John H. Daniels Faculty of Architecture and Landscape Architecture at the University of Toronto and the Architectural Conservancy Ontario intends to demonstrate how the two can go hand in hand.

The three institutions are aiming to build public knowledge of the site’s heritage values, to advocate for its safeguarding and to imagine its future as a public cultural asset for all Ontarians. Called the Future of Ontario Place Project, the joint effort includes a research initiative to track the complex and previously unrecorded stories of Ontario Place, a public campaign to raise awareness about the value of the site as a heritage asset and as a public space, and a Canada-wide student design challenge that calls for counterproposals in which the heritage values of Ontario place are safeguarded and enhanced while taking the public into consideration.

Fundamentally, the Future of Ontario Place project seeks to exchange the current opaque decision-making process for one that encourages an inclusive community dialogue. It will produce a rigorous foundation of knowledge grounded on social, economic, architectural and urban parameters that can serve as a roadmap for a more diligent and transparent decision-making process – ensuring an Ontario Place for everyone.

Over these past months, as access to open air-public spaces in dense urban contexts has become more important than ever before, Ontario Place has provided the public with a welcome respite. Most important, for the vast majority of us – those with no cottage or secondary home – Ontario Place has been a gateway to the lake and to nature and proven its immense value as a democratic urban amenity. Its success story has demonstrated the potential of heritage sites to promote an equitable approach to sustainable tourism, provide a place for public memory and a much-needed outdoor recreational space. 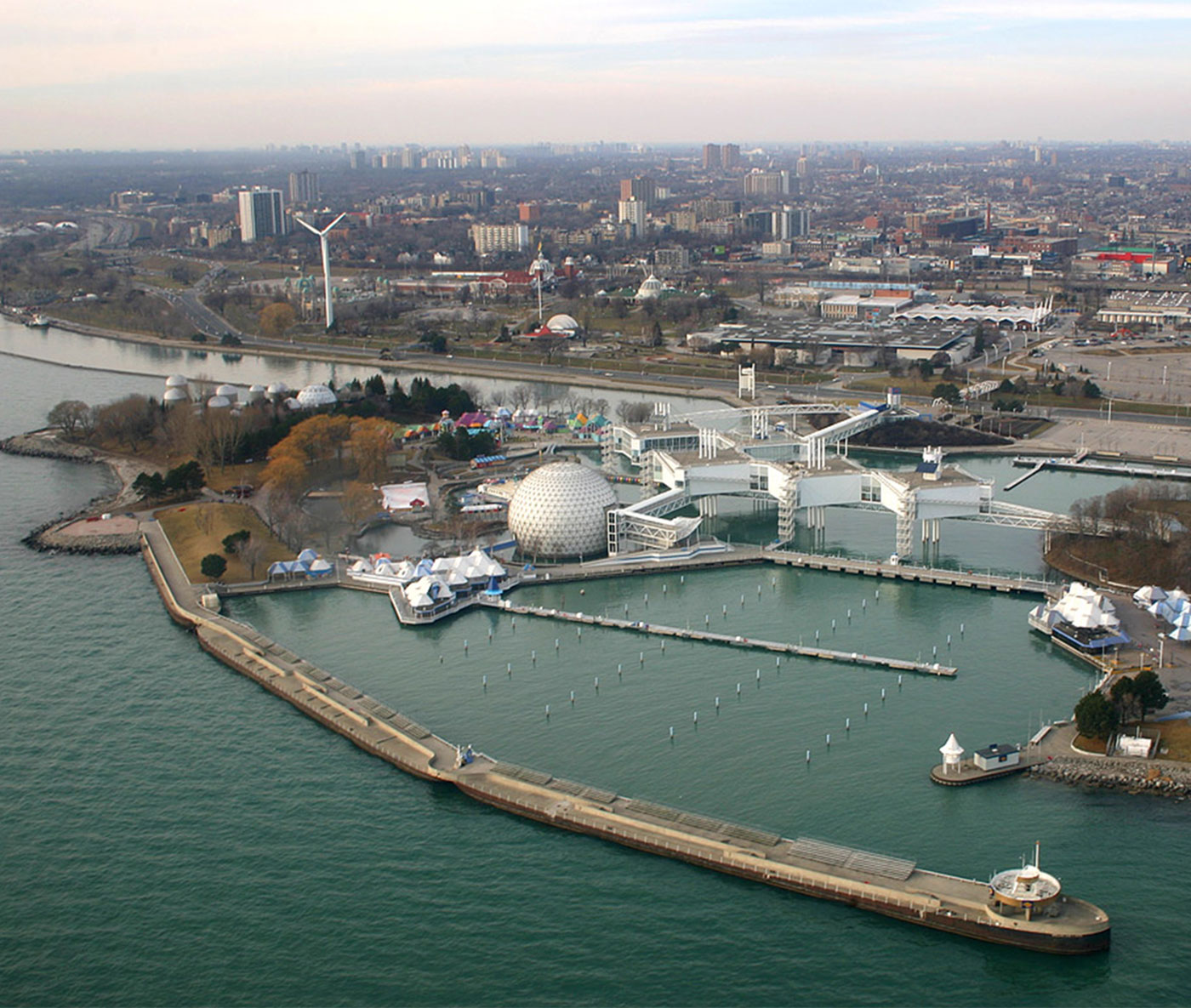 The fact that Ontario Place is still beloved and used by many, despite past closures and abandonment, speaks volumes of its remarkable resilience. But it will need more than resilience in the years to come: as the province’s original call for development nears its final approval stage, which could unfold without a conservation management plan, we are in danger of losing a critical piece of Ontario’s history and collective memory, as well as a significant contribution to 20th century global architecture for good. And Ontario Place is irreplaceable.

One can only wonder what Ontario Place could become if allowed to enter a new chapter of its life in a way that retains its innovative spirit – integrating landscape, architecture and public space while imagining new programs and facilities that would make it shine even brighter.

Aziza Chaouni is an Associate Professor at the John H. Daniels Faculty of Architecture Landscape and Design and the principal of Aziza Chaouni Projects, a design office based in Toronto, Canada and Fez, Morocco. Her work focuses on participatory design processes and modern heritage preservation and adaptive reuse.

Bill Greaves is a member the Board of Directors of Architectural Conservancy Ontario and the Founder and Past-Director of the Vann Molyvann Project in Phnom Penh, Cambodia.

Javier Ors Ausín is an architect and heritage specialist working at World Monuments Fund, where he manages and oversees a wide range of international field projects and programs.

This essay originally appeared on azuremagazine.com