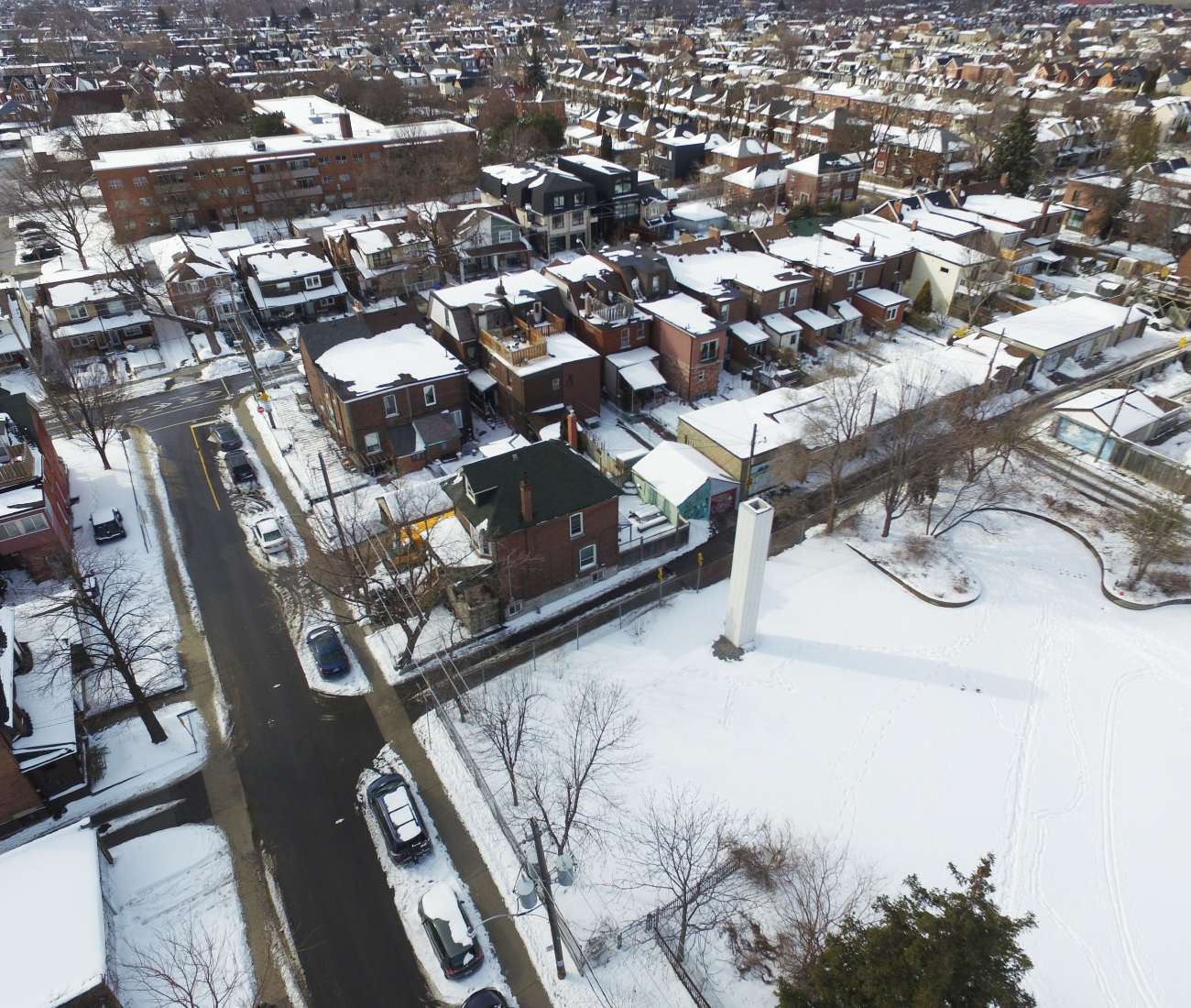 After Chimney Swifts were found inhabiting a condemned school, Kohn Shnier was called on to design a new home for them

There’s a vacant lot just across the street from the northwestern edge of Christie Pits Park. Formerly the site of the St. Raymond Catholic School, it’s now home to a lone chimney tower – no hearth, no home, just a stack of white bricks piled 10 metres in the air. It’s as if it escaped demolition or was built to commemorate the demolished school. In a way, it was.

The lonely piece of architecture is the work of Kohn Shnier Architects, which was commissioned to design a new school on the same site. The lone tower replaces the old one, which had become a home for Chimney swifts. As their name suggests, these small migratory birds make their home in chimneys, whose sheltering walls and roughly mortared surfaces approximate the hollowed-out trees where they nest in nature. Chimney swifts were classified as a threatened species in 2009 following a 37-year period that saw their numbers in Canada drop by 95 per cent. Even now, its adopted habitat is dwindling: modern homes are increasingly designed without chimneys, while on older homes they’re getting covered up. 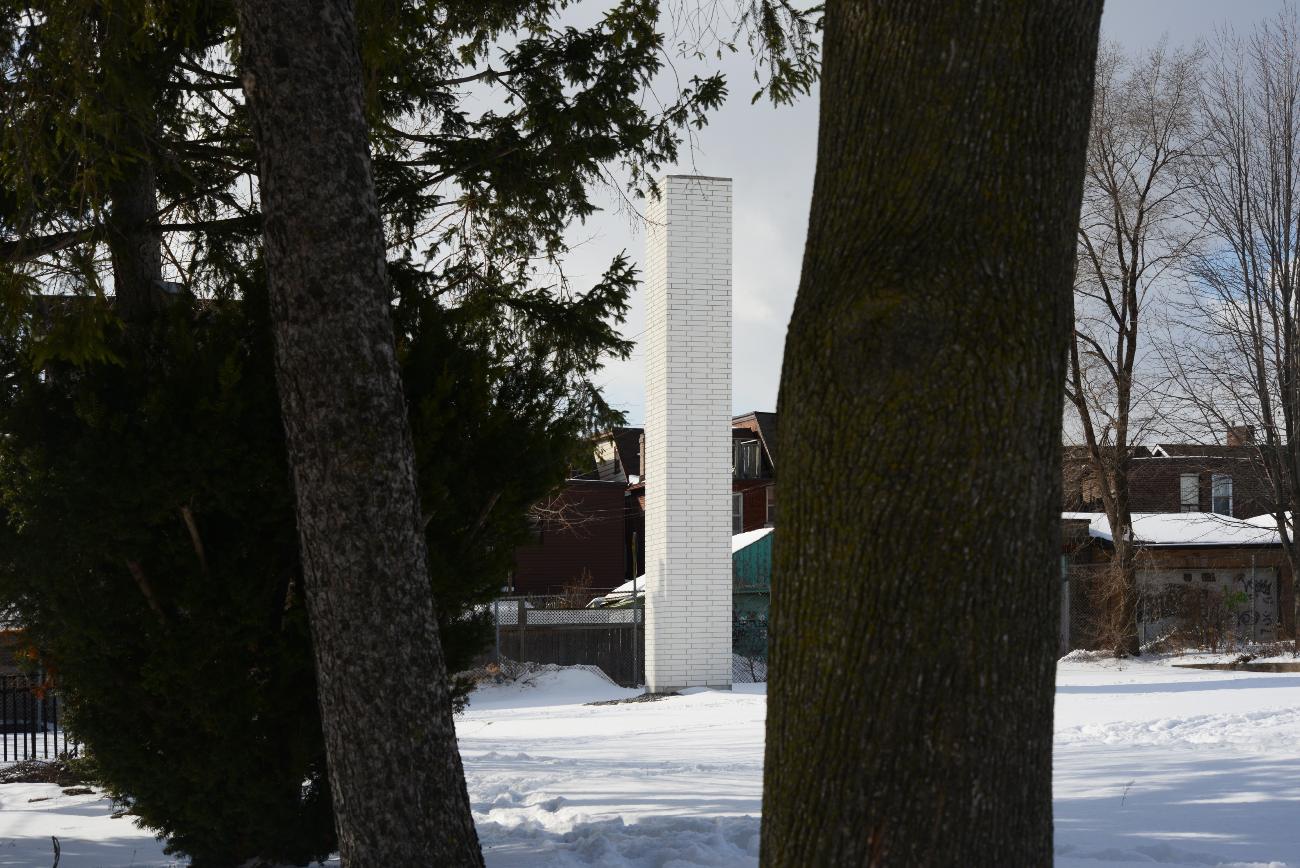 Because of the swift’s unfortunate status, it’s now a crime to disturb their habitat, so when they were noticed using the school’s chimney, demolition was postponed until that fall when the swifts would fly south for the winter. Once they were gone, the new, swift-only chimney went up, and down went the school.

Aside from a small hatch at its base to measure conditions inside, there’s nothing to distinguish it from an actual chimney – which is exactly how the swift likes it. It should remain relatively quiet, too. The school, when it finally gets built, will occupy the other end of the site, ensuring the chimney will remain a (relatively) undisturbed home for swifts now and into the future. KOHNSHNIERARCHITECTS.COM