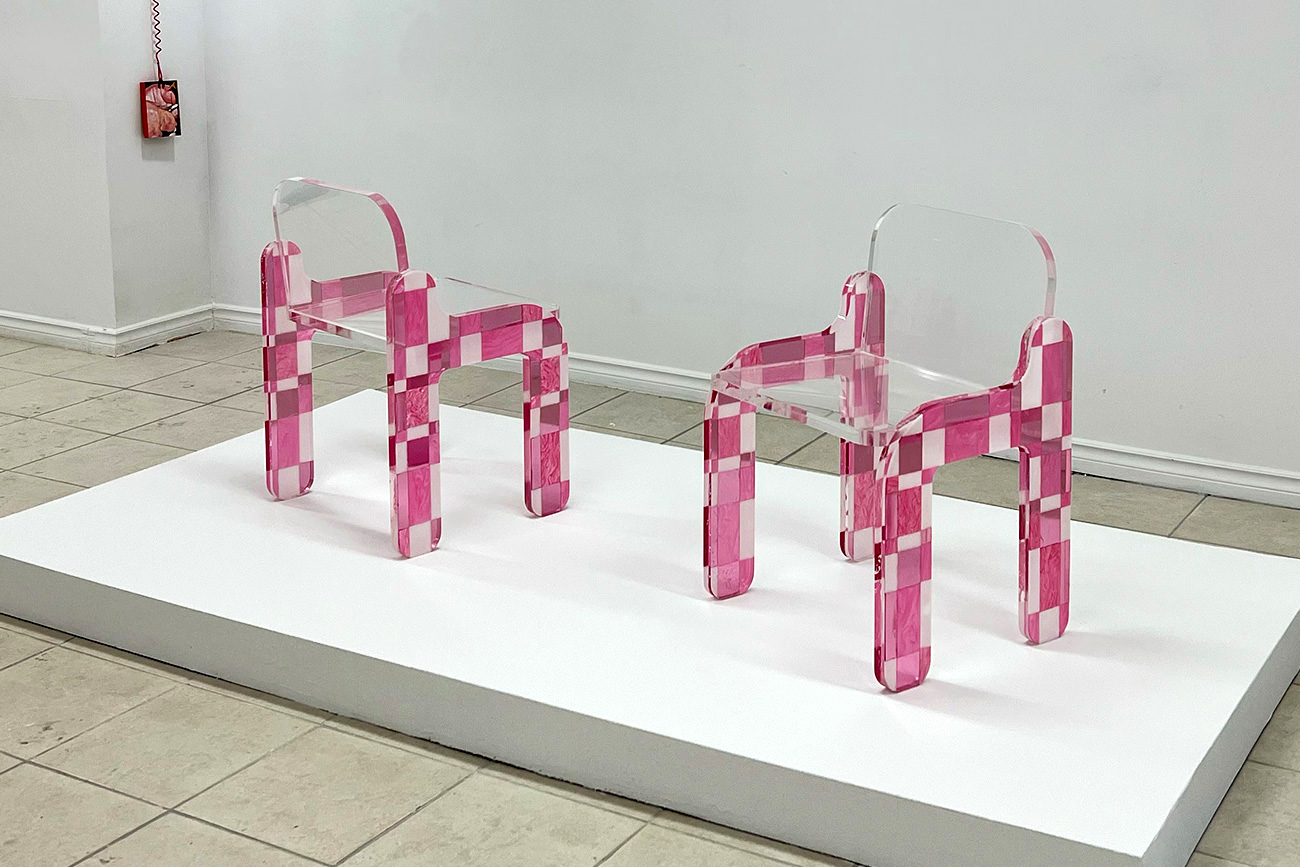 Toronto may still be full of snow, but at least now it’s full of design, too. The 2022 edition of the city’s DesignTO Festival kicked off this past weekend, bringing exciting product launches, intriguing prototypes, and immersive installations to shops and galleries all over town. With most exhibitions running through January 30th (and some even longer), there’s still plenty of time to check out everything from bubble-making machines to giant blocks of butter.

Here’s our suggested itinerary based on the sights that we enjoyed the most over our first weekend of exploration. 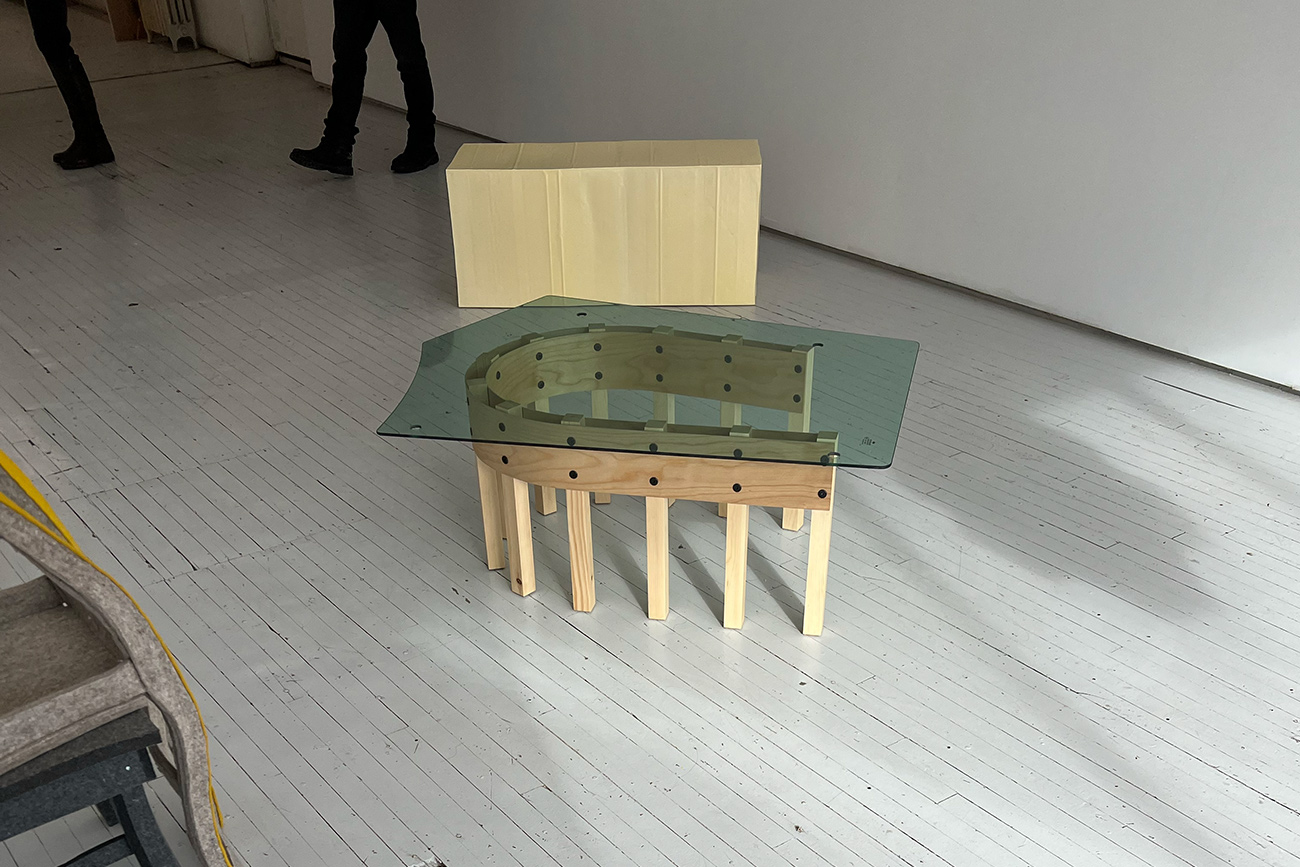 Officially, this DesignTO 2022 group show — which takes its name from a beloved Pavement album — is about designers exploring assembly techniques outside of industrial production. But an unofficial nature theme also links many of the pieces on display.

In some cases, that translates into furniture that takes the form of animals, such as Adrianus Kundert’s alligator lamps made by layering together strips of paper tape, or Calen Knauf’s tinted epoxy resin and aluminum table that recreates the look of flies in water. Show curator Jamie Wolfond also contributes three of his own Caterpillar tables (shown above), which live up to their name in two ways: they’re made by resting Caterpillar tractor windshields on sinuous, worm-like arrangements of legs. Meanwhile, Sina Sohrab displays a pair of birdhouses designed to cater to the specific habits of two different breeds: the Chickadee and the Purple Martin.

Other standouts move into the world of agriculture: Théo Leclercq and Camille Viallet repurpose a garden hose as a tubular seat frame, while Marco Campardo’s giant block of “butter” (also shown above) uses polyurethane resin to very convincing effect. 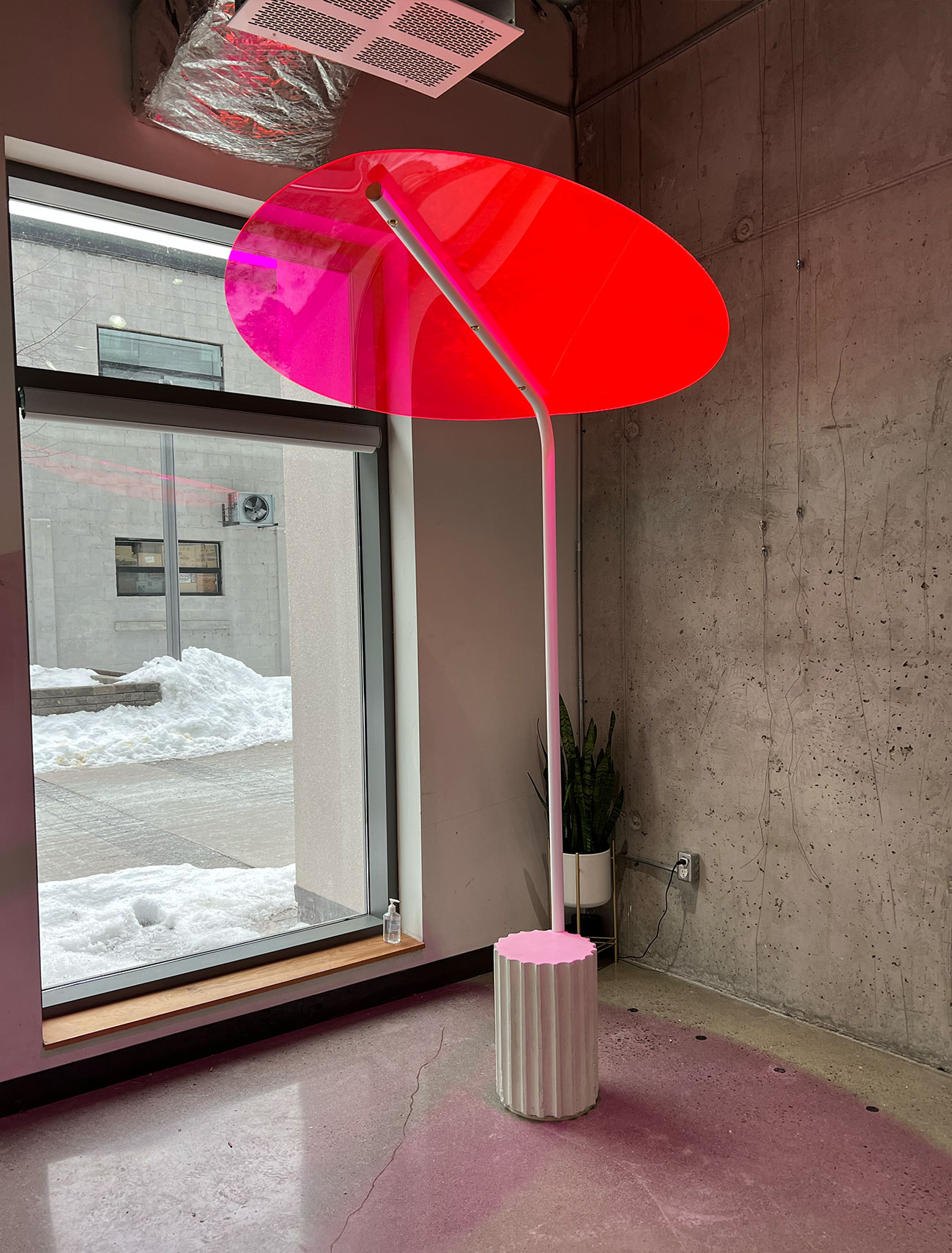 Taking inspiration from the world of improv theatre, Coolican and Company worked with Seattle brand Fin to develop a whole new way to collaborate.

Based on prompts sourced on Instagram, the team embarked on four distinct projects for their DesignTO 2022 exhibit. Each one began with three pieces of crowdsourced input selected by one of the team members — a project “MC” — and then proceeded via back-and-forth correspondence. In some cases, a designer would share a sketch. In others, they’d pass along a single word — “Aluminum” — or a picture of Animal from the Muppets. Following in the “Yes, and…” tradition of improv, each message built upon the previous contribution to carry the concept one step further. Once the design began to feel resolved, the MC added one last twist — a “pivot” direction — before handing it over to the final team member to fabricate.

The exhibition showcases the final outcomes, as well as the fun process imagery that led to them. Our favourite is a glowing pink petal perched on a base that resembles a Grecian column. The original prompt? It had to reflect the Acropolis, solve the problem of inclement weather, and be translucent — with the added “pivot” requirement that it should feel luxurious. No wonder it’s so easy to picture the end result at a Mykonos beach club.

An added bonus: Coolican and Company is offering a discount on all purchases made at its onsite pop-up shop, which also features sculptural floral arrangements by Moment Flora. 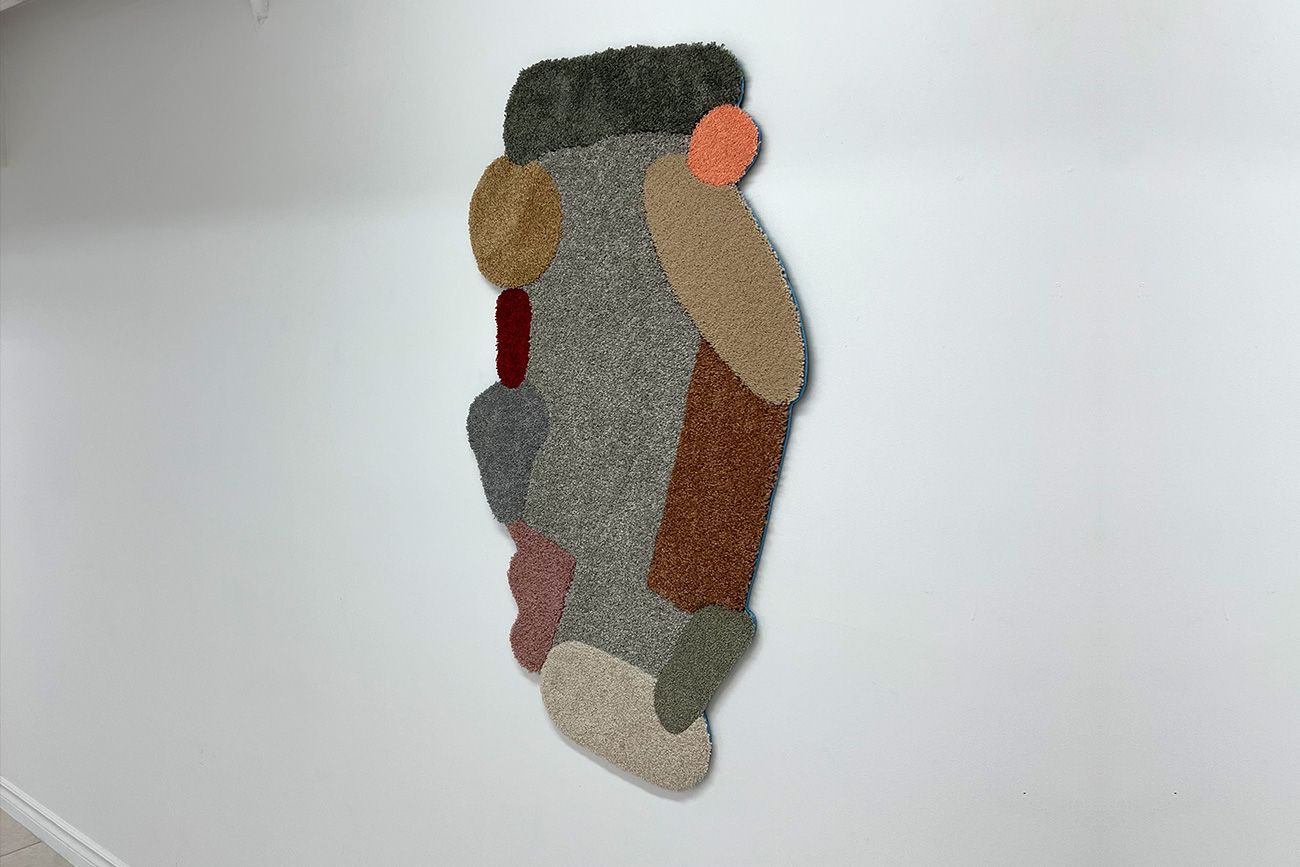 Toronto’s streets are full of new discoveries. For instance, take the Plumb. Tucked down a narrow alley just south of St. Clair Avenue, the gallery’s bright purple door makes for a bold, unexpected presence among the laneway’s many fire escapes and recycling bins. And once you descend into the underground exhibition space, the surprises continue.

“Libations for Liberated Living” reimagines the stuff of everyday life as the starting points for unconventional sculptures. In the process, it delivers many fresh perspectives on the urban landscape. In Pascal Paquette’s hands, graffitied bricks from local buildings become colourful bookstands, while Alastair Martin repurposes propane tanks as industrial fruit bowls. To create the playfully named “Electric Chair,” Gord Peteran first bent a metal tube into a chair silhouette, and then threaded electric cable through it to illuminate a lightbulb perched on top. And Lauren Goodman’s seat-like assemblage of salvaged steel resembles a squiggle line drawing translated into three dimensions.

Not all of the show’s sculptures are so industrial in nature. Diana Lynn Vandermeulen’s pink lucite seats recapture some of the transparent charm and playful proportions of inflatable ’90s furniture — with the added benefit that they won’t deflate after a few hours. And Sophie Dannin’s “Magnet” rugs (shown above) arrange various carpet remnants like magnets on a fridge. All in all, it’s a subterranean show that’s inspiring enough to make us rethink basement living. 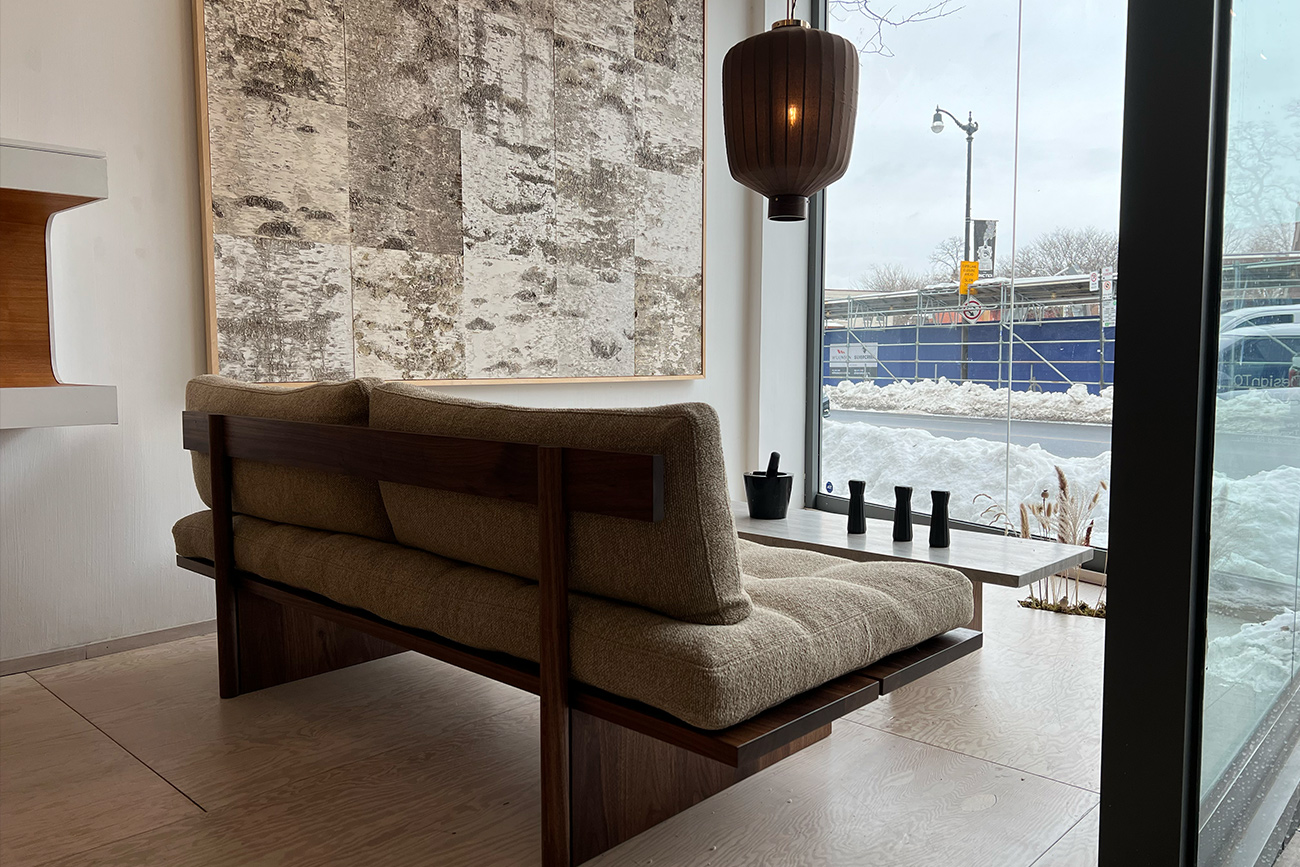 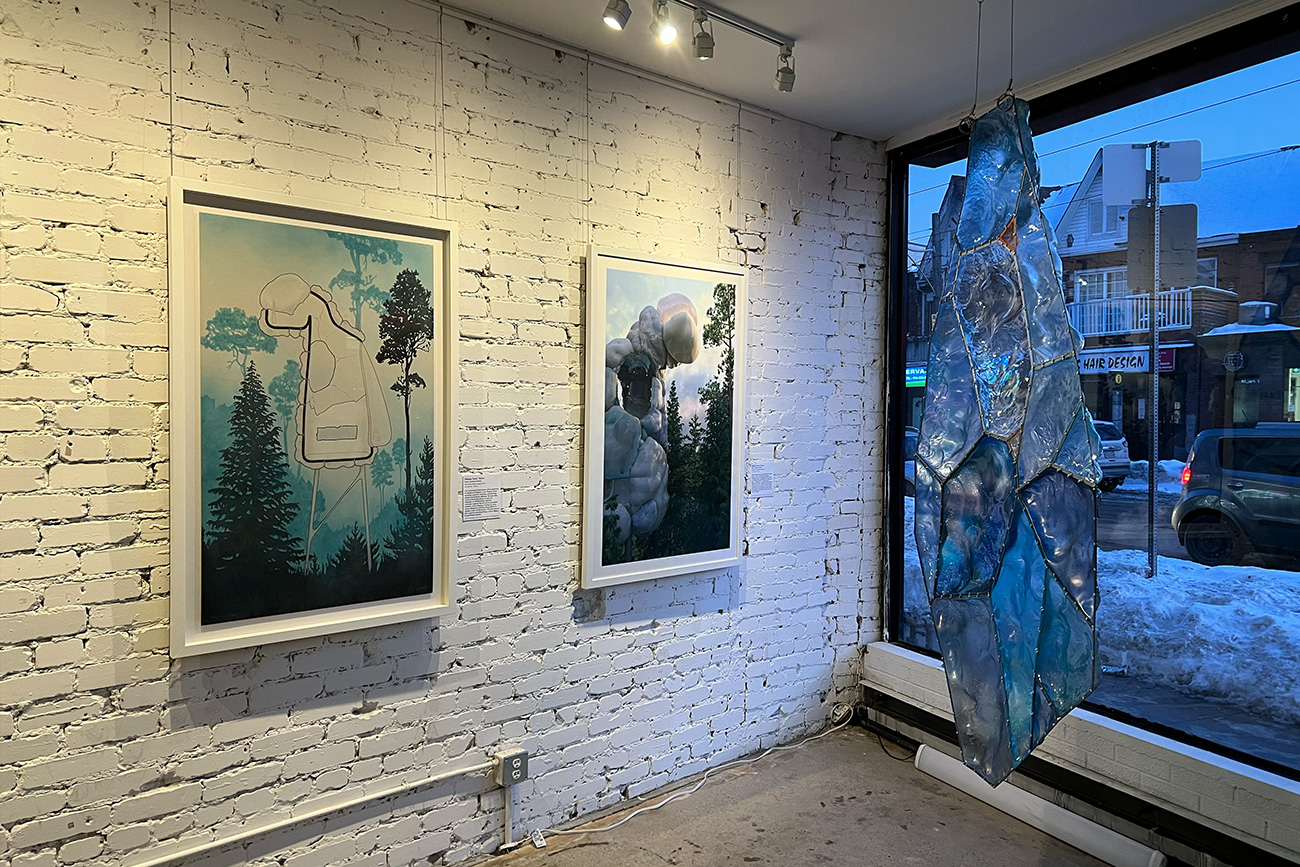 NEXT ON OUR AGENDA: 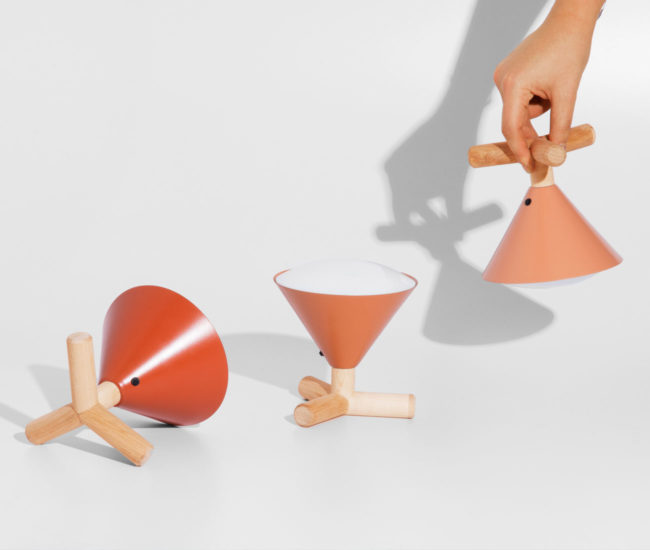