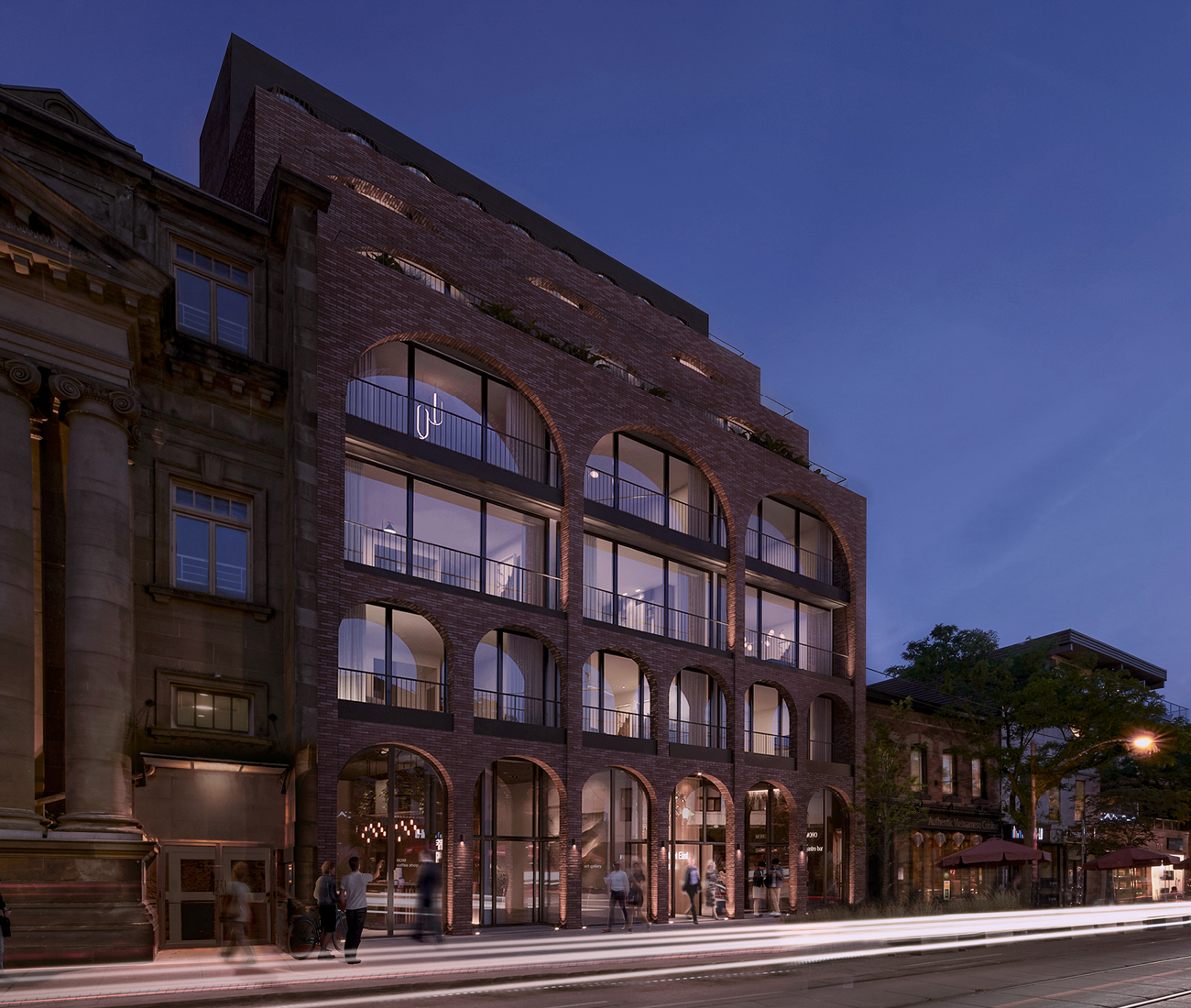 Leslieville has always maintained a distinct identity in Toronto. When the city was growing into a bustling metropolis, brickyards and rustic cottages dotted the other side of the Don River. Still today, Leslieville’s intimate, neighbourly charm stands in contrast to the city of soaring condo towers across the river. It’s a sought-after character that NVSBLE Developments is embracing with their upcoming project, Biblio Lofts. 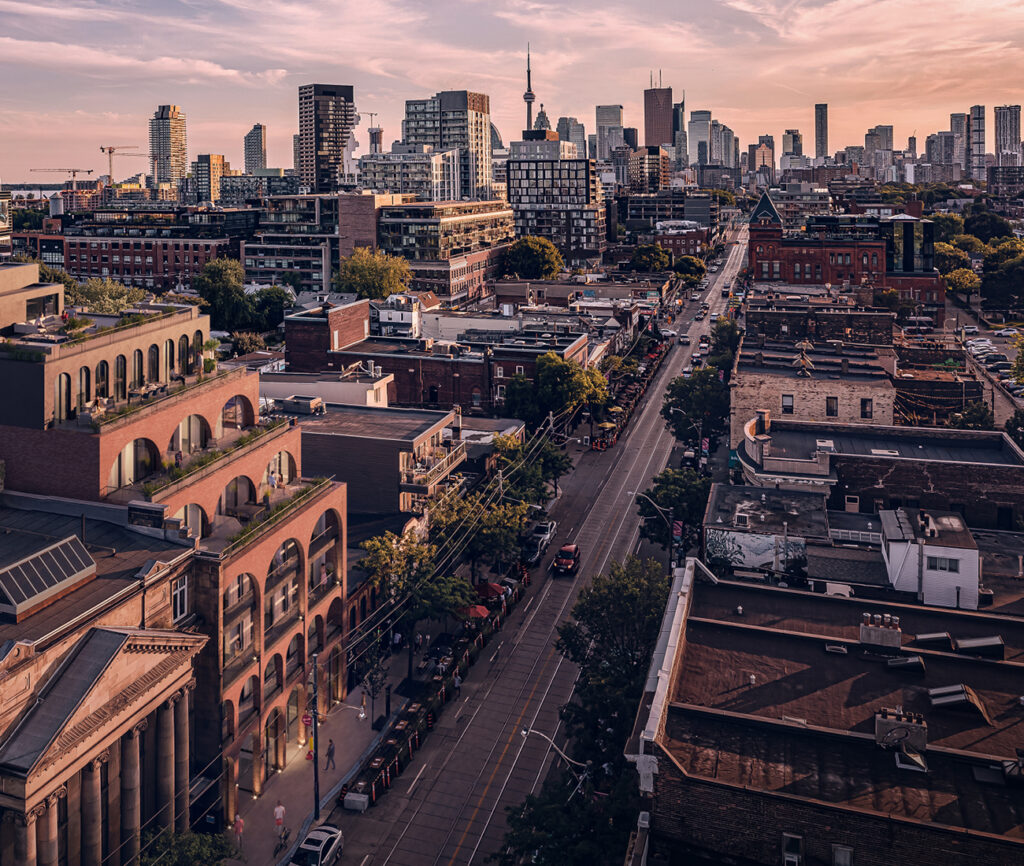 Rather than impose itself on its surroundings, Biblio Lofts meets Leslieville with a series of subtle gestures nodding to its industrial past and bustling present. It all starts with a modest, mid-rise scale. Designed by BDP Quadrangle, the seven-storey building is neatly woven into the fabric of Queen East, standing just above the old factories and workshops that once characterized the area. On the upper floors, terraces provide ample outdoor space for residents, with the building topped by a showpiece rooftop patio. 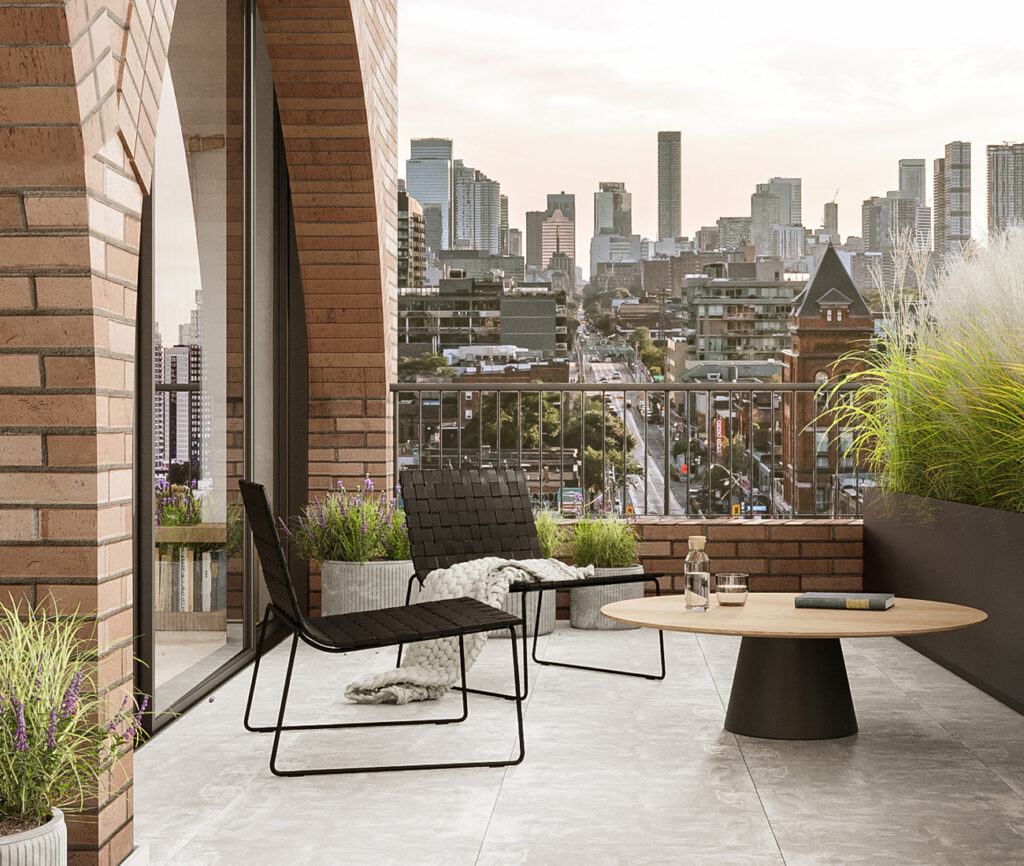 It’s an addition to the neighbourhood that’s more in keeping with nearby heritage landmarks, including the Queen Street Viaduct, Queen/Saulter Library and the recently restored Broadview Hotel, than the glass and steel condos in the distance – not that it doesn’t make a statement. Its red brick facade is sculpted into an arcade recalling Toronto’s residential sleeping porches. “We’re re-interpreting the arches in a contemporary style,” says BDP Quadrangle intern architect Heather Rolleston. “Biblio is not just about blindly repeating the heritage buildings next door — it’s about finding a rhythm that is compatible with it, in a modern way.” 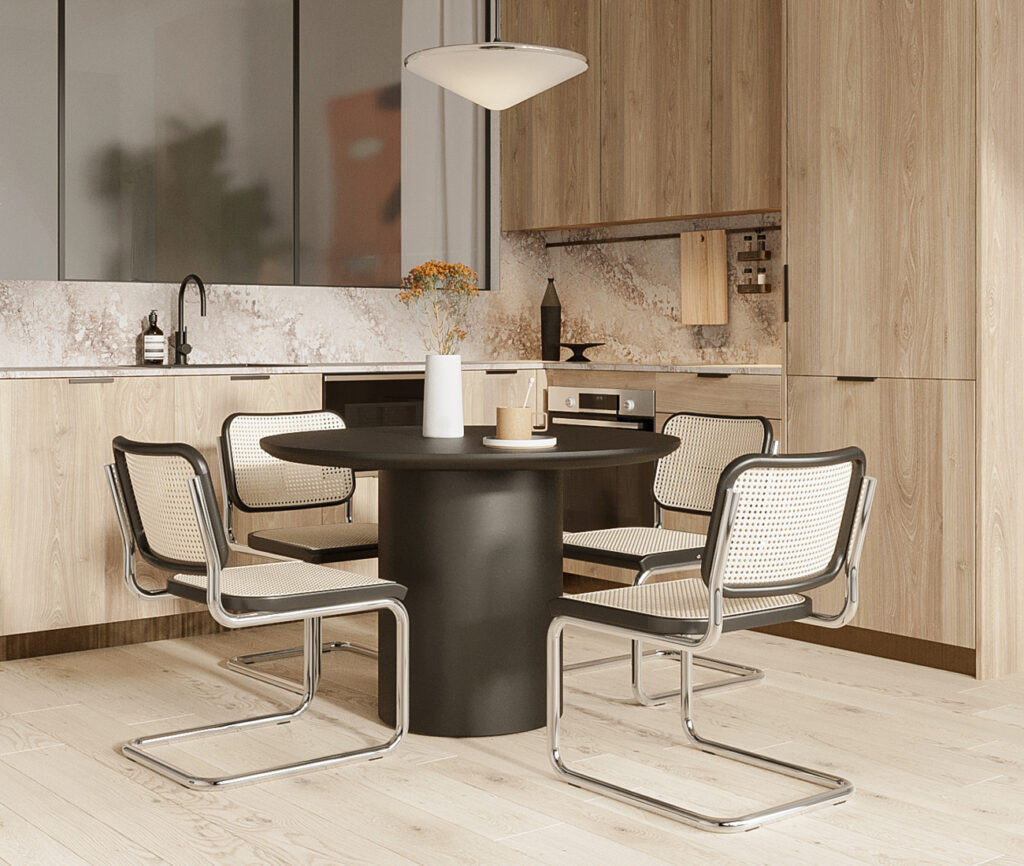 Inside, however, Biblio Lofts is wholly up to date. Thinking outside the glass-and-steel box, NVSBLE tapped Commute Design Studio, a team best known for their stunning restaurant interiors like Aloette, Oretta and Table Souk, to impart their contemporary stamp. The developers were looking to involve designers with experience in hospitality to challenge the typical condo living experience — and Commute was the perfect fit. “To us, it was quite obvious that this was going to be a different building,” explains the design studio. “It wasn’t a cookie-cutter – it checked all those boxes for us.” 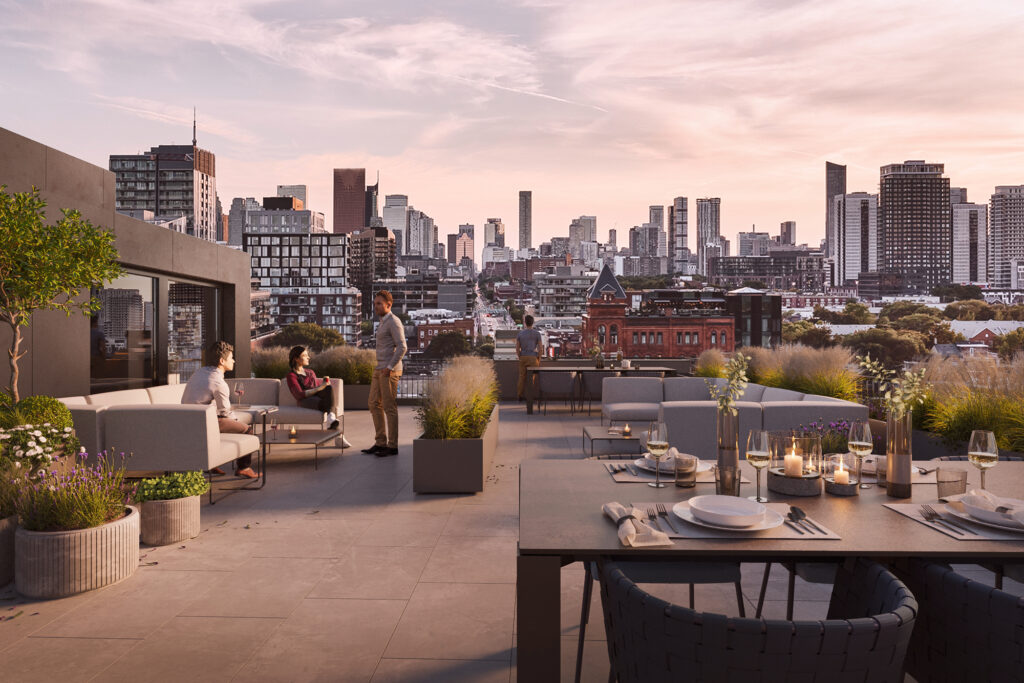 Each of the 30 suites – including one- and two-bedrooms, with dens and without – feature kitchens by Scavolini and Caesarstone surfaces, either in sleek grey, warm white oak or mid-century-esque teak. Exposed concrete ceilings assert a contemporary aesthetic, and at nearly three-metres-tall, each unit is open and airy – a feeling encouraged by lightwells concealed on either side of the building. Behind the brick, vintage Leslieville meets modern loft living. 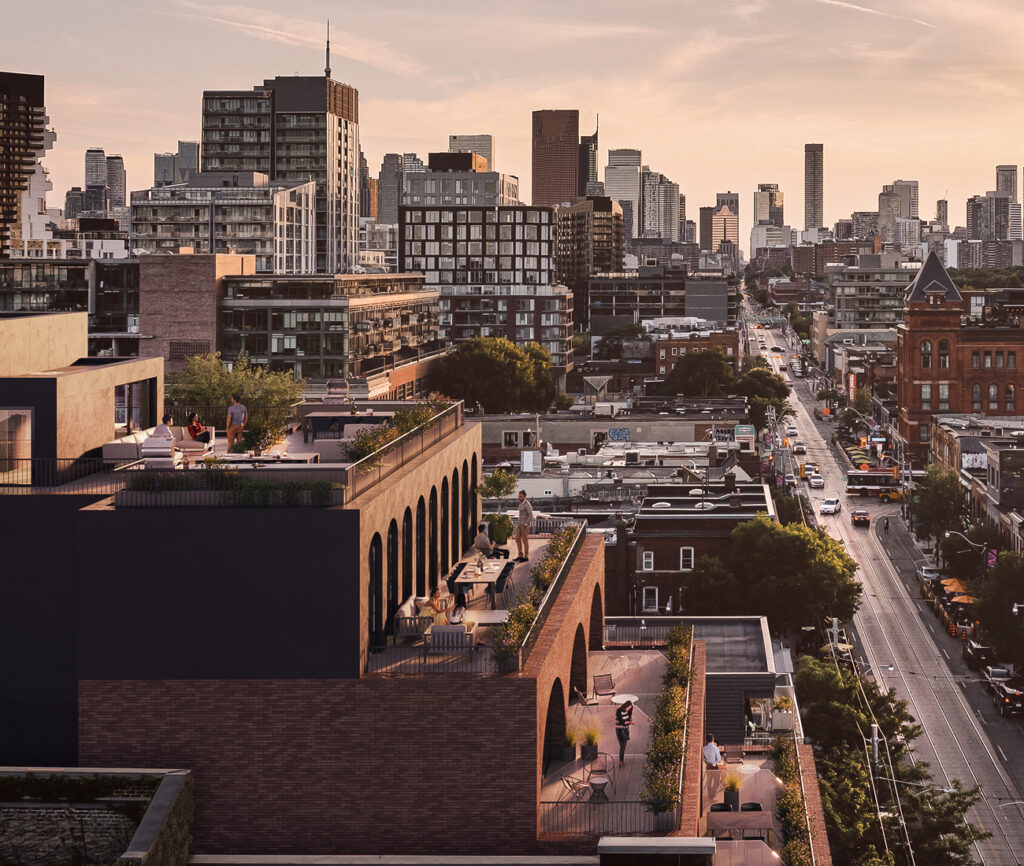 But the duality is the point. It’s architecture that’s respectful of its surroundings while still asserting a unique identity. Biblio is reminiscent of old Toronto, but with contemporary aesthetics and flawless finishes; to call it home is to have a life in — and connected to — the city, but on the scale of a small town. And putting it all together — a team of big-project experts and restaurant-interior impresarios – the ideal marriage of experience, fresh thinking, and timeless style.