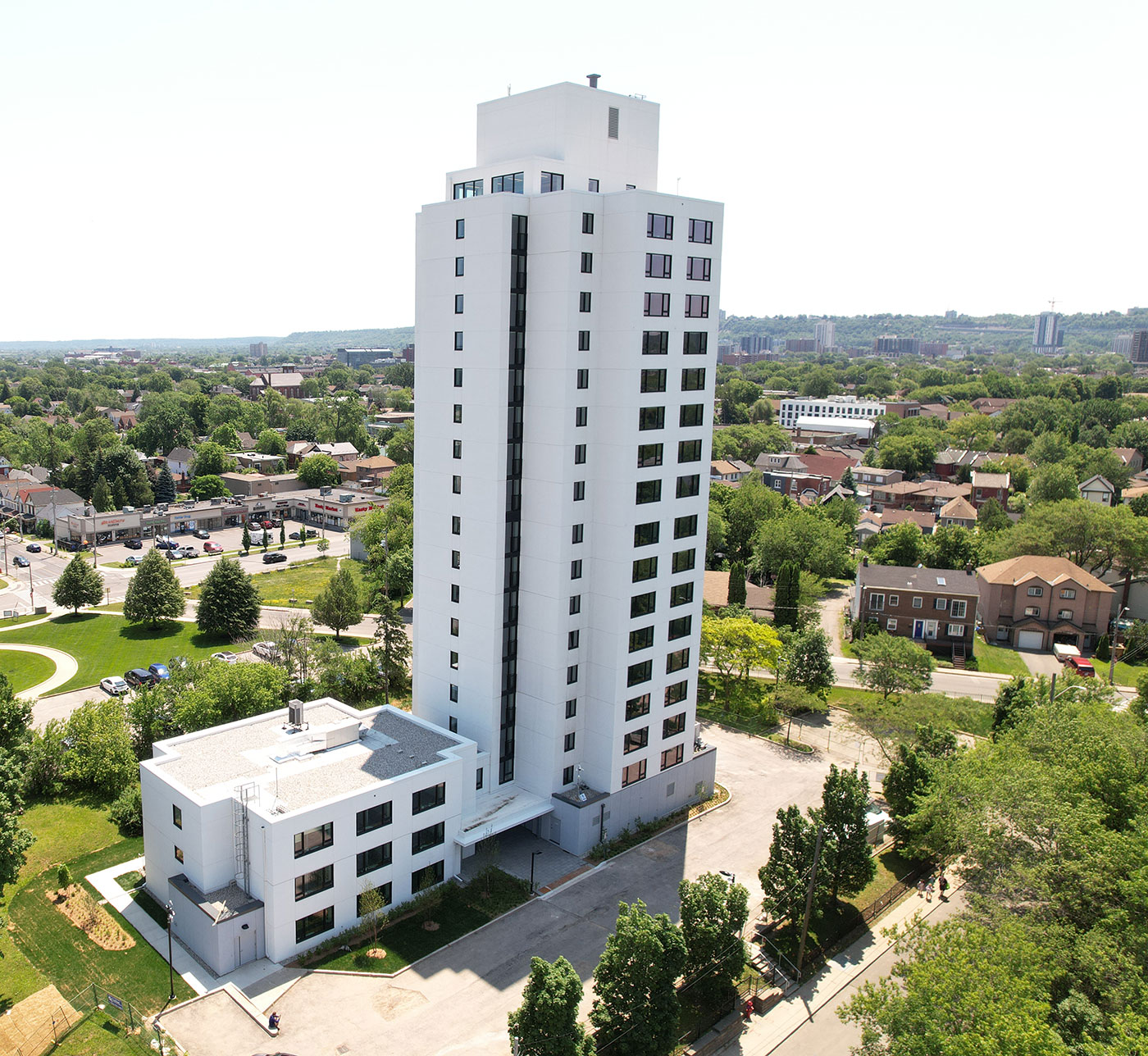 How ERA Architects retrofitted a crumbling apartment tower in Hamilton into the first large-scale residential high-rise to be Passive House certified in North America.

When it opened in 1967, the Ken Soble Tower in Hamilton was a model of progressive urbanism: an 18-storey social housing project built in Le Corbusier’s tower-in-a-park style.
By 2016, however, it had become a mould-infested liability, seemingly doomed for demolition. First, though, the city commissioned a study (by KPMG) to determine if salvaging the tower could be economically worthwhile. After getting an affirmative answer, it hired ERA Architects, a firm specializing in heritage conservation and retrofitting, to give Ken Soble another lease on life.

ERA was tasked with transforming the tower into a green building capable of achieving Passive House certification, an energy efficiency standard more common in Europe than in North America and regulated by Germany’s notoriously rigorous Passivhaus Institut. Graeme Stewart, the lead architect, wanted to show that this goal wasn’t as far-fetched as it seemed. “People should be able to keep a building warm in winter just by cooking, showering, and being normal humans who radiate heat,” he says.

A Passive House is just a building that maintains its inner temperature, rather than bleeding energy into the outside world. At the Ken Soble Tower, workers painted air sealant onto the brick exterior, then added six inches of mineral insulation on the exterior and four inches on the interior, topped with stucco-like cladding to make the envelope as tight as it could be. They installed triple-glazed windows from Cascadia, one of the only Canadian manufacturers that’s Passive House–compliant. They integrated heat pumps into the ventilation and plumbing systems to recycle heat in winter (and coolness in summer) from any shower water or air that leaves the building. And, rather than relying on the old method of air circulation – pushing fresh air into the hallways and under the doors, by which point it isn’t so fresh anymore – they replaced the ductwork to bring air directly into each unit, thereby removing the incentive for occupants to crank their windows on cold days. 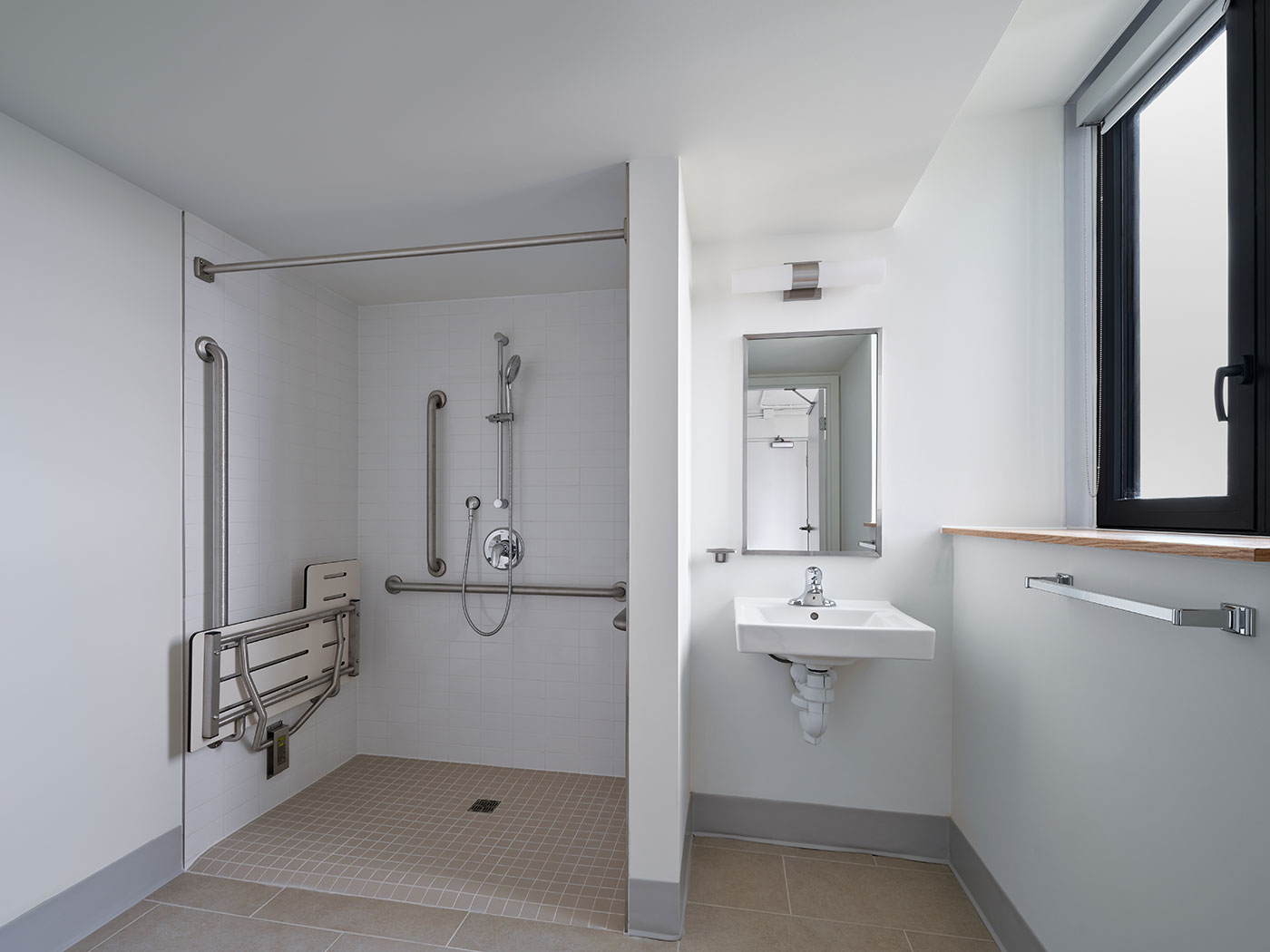 The results are striking. The new tower, now an affordable housing complex for seniors, uses less than 7 per cent of the energy it used before, and it was, upon reopening, the largest in the world to be Passive House certified. Yet the technology – smart mechanical systems, heavy insulation, a tight seal – is far from groundbreaking. For Stewart, the simplicity is the point. “This isn’t rocket science,” he says. “And it isn’t some weird thing people do in Europe. With a little effort, we could easily do it here, too.” ​ERAARCH.CA 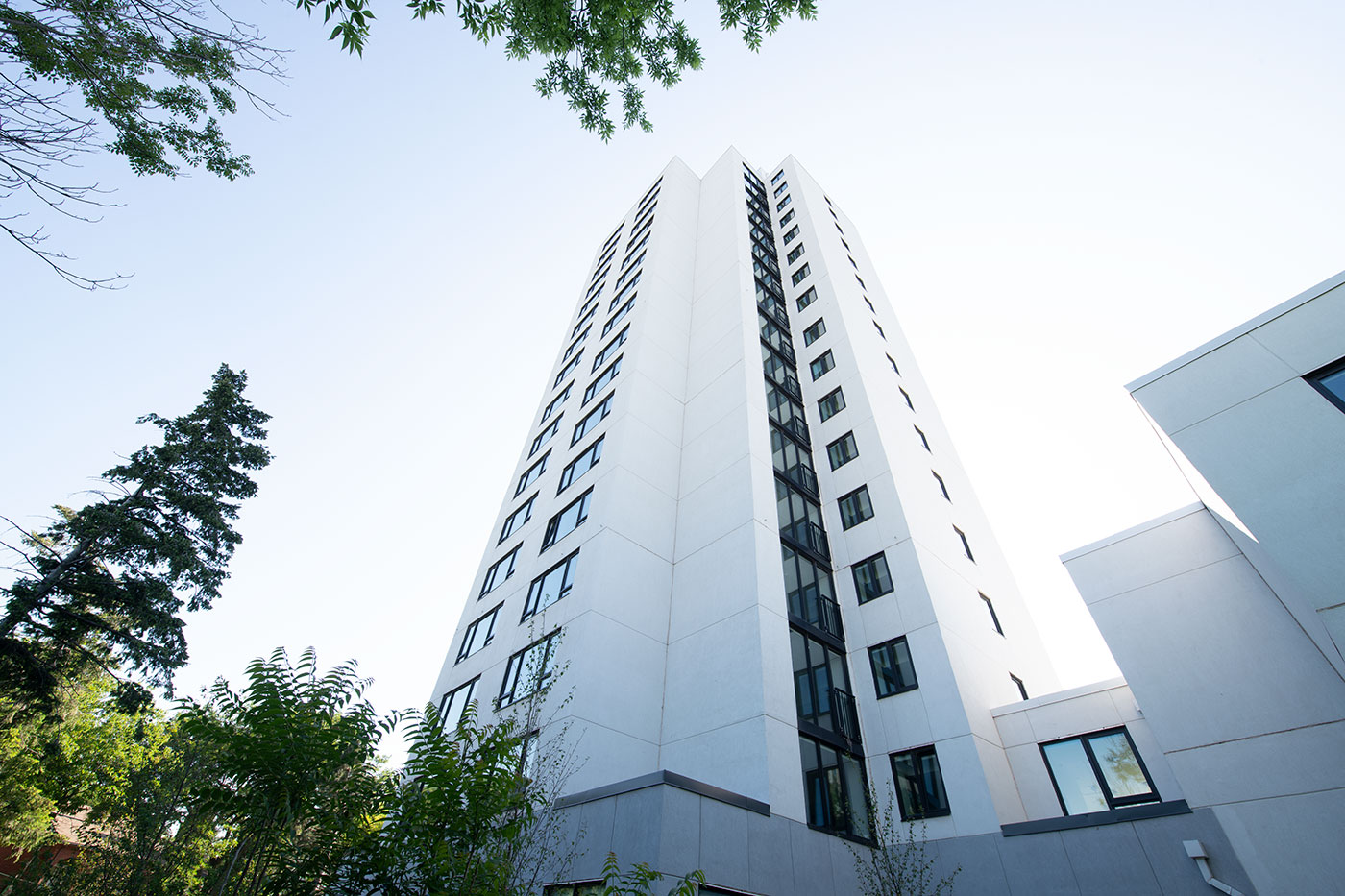