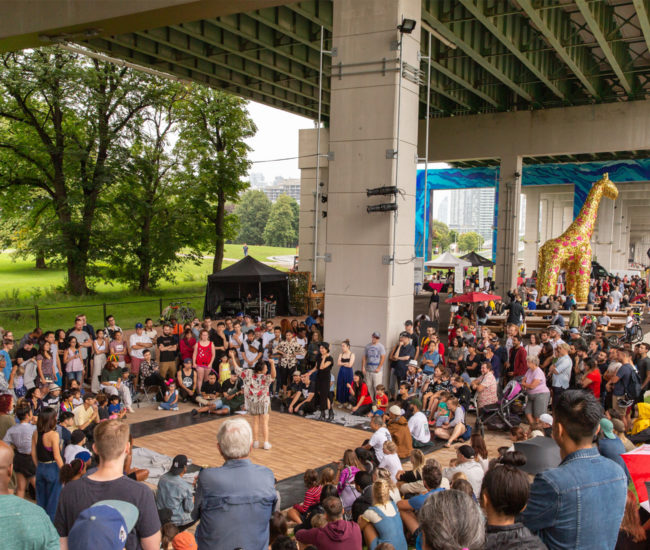 A hip-hop singalong, an urban issues wrestling match, a series of talks and artist installations – IdeasCity is bringing a ton of action to The Bentway on September 15. The annual festival, founded in 2011, has taken place in New York, Detroit, Arles and other cities around the world. This year marks its foray to Toronto, where – appropriately enough – it will take place at The Bentway. The park under the Gardiner Expressway, created by a consortium of local city builders and urban experts, including Waterfront Toronto, Ken Greenberg Consultants, and the landscape architecture firm Public Work, officially celebrated its Phase 1 launch over the weekend, with a big bash featuring a giraffe piñata by Gensler and street dance battles. 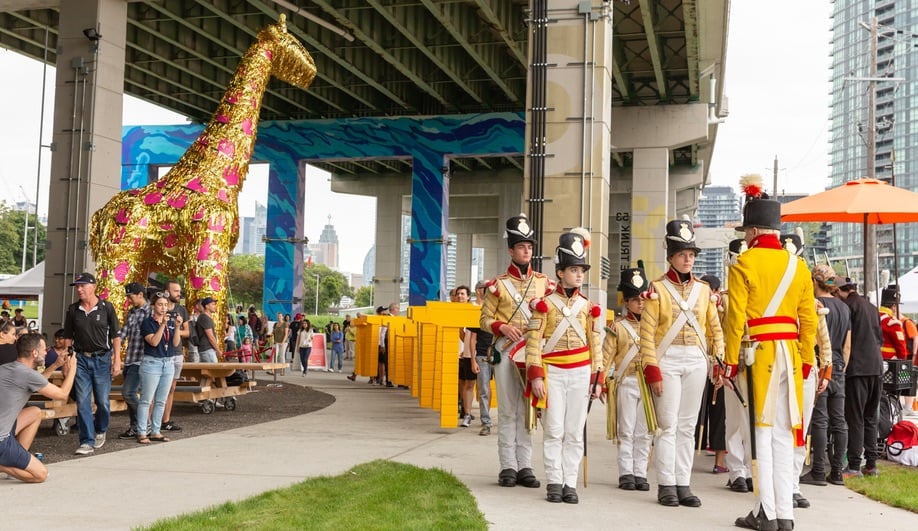 IdeasCity fits into The Bentway’s overall programming theme, which is “If, But, What If?” This looks at urbanism through the lens of the arts. In fact, the festival will coincide with the unveiling of six original art installations by an all-Canadian roster that includes Alex McLeod, Michael Award and Jon Sasaki commissioned by The Bentway.

For its part, IdeasCity marks an exciting arts partnership between New Museum and The Bentway and brings an international perspective to this conversation even as it focusses on Toronto’s unique reputation as a “City of Cities.” Bentway programming director Ilana Altman says the day’s events – which begin at 1pm and go to 10pm – will include workshops, talks, a big-ideas pitch session, and a wrestling match led by Vanessa Brazeau of The Solution Mat.

“She canvasses the crowd for questions, and then  – through brute force – participants resolve these issues. It’s a commentary on democracy and decision-making, and how people tend to affiliate with either side of a debate,” says Altman. There will also be workshops led by Art Brigade and Myseum, and a spoken word performance by RISE Edutainment and Toronto Poet Laureate Anne Michaels. 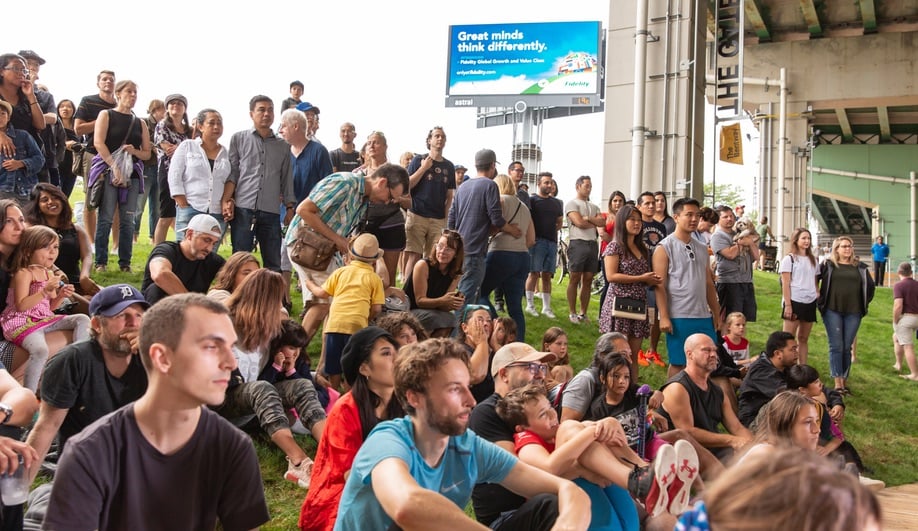 The talks will delve into important issues of race, surveillance and community building. They include a panel featuring Toronto-born Simone Brown, an associate professor in the Department of African and African Diaspora Studies at the University of Texas and the author of Dark Matters: On the Surveillance of Blackness,and former Governor General of Canada Adrienne Clarkson in conversation with Mitch McEwan, IdeasCity’s curator.

The keynote will be a joint presentation by artist Rick Lowe, best known for Project Row Houses, a public arts initiative that works closely with New Orleans’ Third Ward communities, and writer-historian Sharifa Rhodes-Pitts, the author of Harlem is Nowhere: A Journey to the Mecca of Black America. 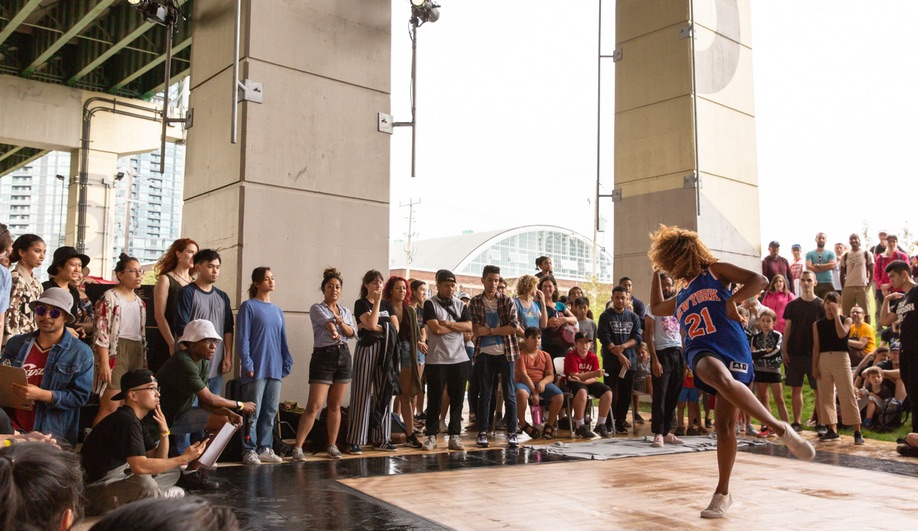 The day will end with a hip-hop singalong, featuring music videos shot during the 1990s heyday of Toronto’s hip-hop scene, MCed by MuchMusic legend Master T. It’s the perfect end to an event that will act as a lens through which to see how Toronto has transformed over the past 20 years, and how it might continue to grow culturally and artistically.