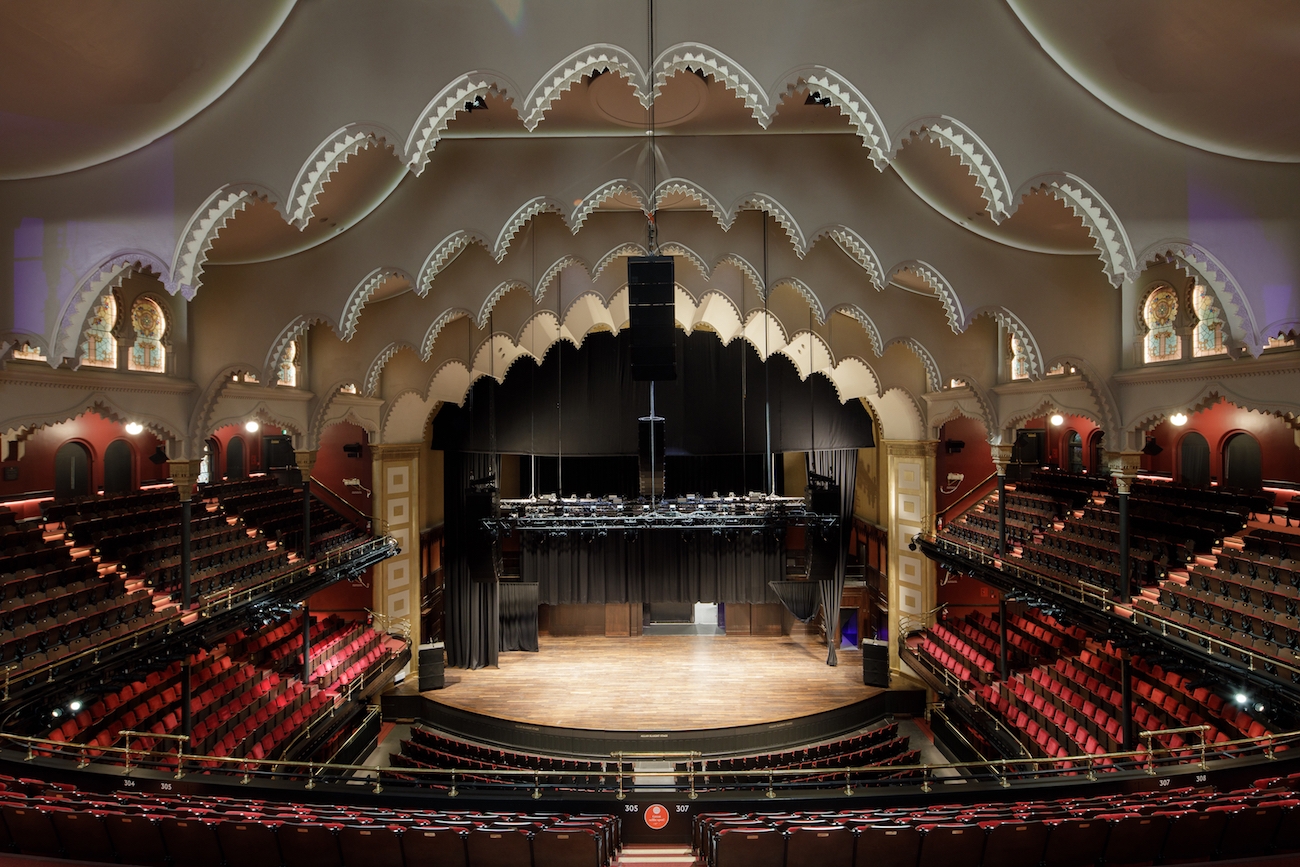 Since its reopening in November of 2021, this iconic concert hall has welcomed hundreds of acts and thousands of visitors into its newly restored quarters. Maintaining its role as heritage consultant, local architectural firm GBCA worked closely with lead architects KPMB on the $184 million Massey Hall Revitalization – a process that took three years.

One year later, and the efforts of the firm to preserve the performance venue have been recognized by architectural associations across all jurisdictions—honoured with the Award of Excellence (Conservation – Architecture) by the Canadian Association of Heritage Professionals, the Special Jury Award by the Architecture Conservancy of Ontario and the 2022 Crafts and Trades Award by Heritage Toronto.

“We are truly grateful for the recognition,” says Christopher Borgal, President and Senior Principal at GBCA. “For us, what mattered most in the Massey Hall revitalization was striking the right balance between preserving the Hall’s heritage fabric, while making room for it to be modernized.”

Along with much needed improvements to the structure’s decorative plaster ceiling and balcony seating, key heritage features of were restored to conserve the site’s character-defining elements. Upon granting the Award of Excellence (Conservation – Architecture), the Canadian Association of Heritage Professionals noted the significance of GBCA’s strategy and its historic understanding of Massey Hall and goal of heritage restoration as opposed to replacement.

Nearly 100 Art Nouveau-styled stained glass windows that had been blocked off over the years were uncovered, restored offsite and reinstalled—including those depicting 12 portraits of famous composers on the ground floor.

Performers of Massey Hall can now choose to let light shine in through the windows or close the mechanical blinds for a moodier atmosphere.

When it came to the Hall’s lobby, which underwent a complete Art Deco-style renovation in the 1930s, all its elements were preserved and maintained, despite visual inconsistencies with the Hall’s Victorian interior. Be it the terrazzo flooring, the marble surrounds, the ceilings or the walls, each heritage element added a layer of history to the Hall and was thus preserved.

On the Hall’s Palladian exterior, the fire escapes, which were part of the original design, were removed only to reveal more important heritage elements that lay underneath. The red Don Valley bricks were repaired and window openings were altered, while the iconic mid-century neon sign reading ‘Massey Hall’ was repaired and reinstalled—asserting a lively presence to the iconic site.

“We are delighted for the widespread acclaim that GBCA, and the local skilled artisans who worked alongside them, have received in restoring the beauty of the original hall,” says Grant Troop, Vice President of Operations at The Corporation of Massey Hall and Roy Thomson Hall. “The entire design and construction team shares in this praise for respecting the architecture of the original hall, while at the same time modernizing the way it connects with patrons.”