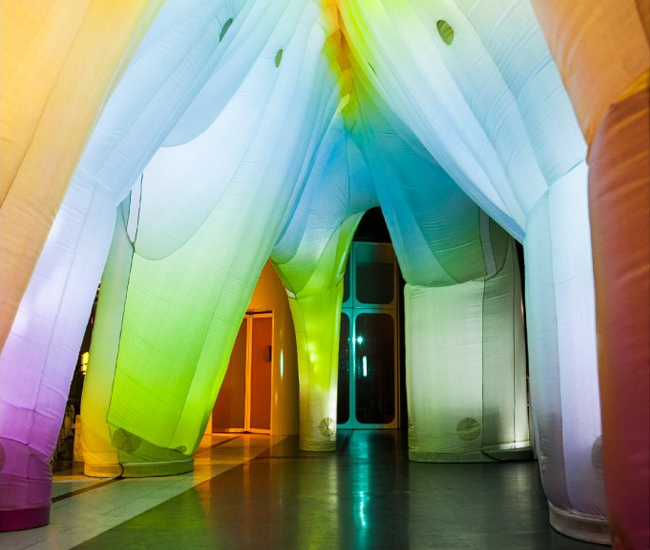 Map out your favourite coffee joints, cuz you’re going to need them for this night-long art crawl

On October 3, the 10th edition of Scotiabank Nuit Blanche, Toronto’s all-night contemporary art festival, fills the city with a hundred-plus performances and installations by internationally acclaimed talents. Four feature exhibitions concentrate works in a few key neighbourhoods, while additional, independently-organized attractions are scattered throughout downtown. A mobile-optimized website will help smartphone owners navigate the evening’s programming on the go.

Below, we round up six astonishing sights to seek out between dusk and dawn this Saturday. 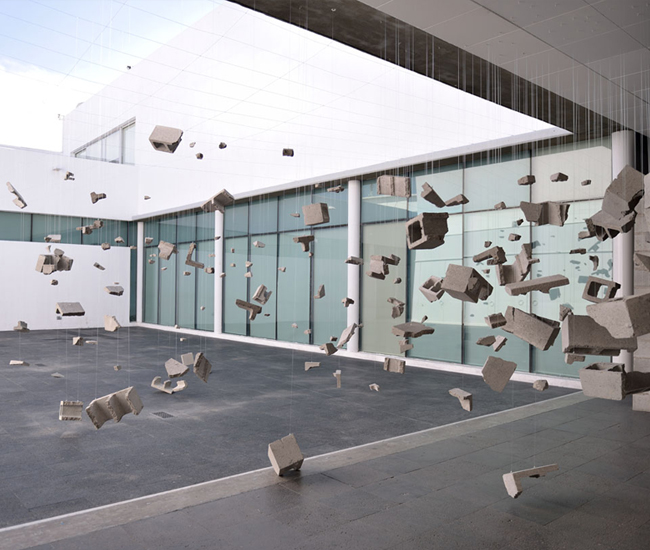 1 The Work of Wind
Looking to be blown away? Stroll the city’s newly-revitalized lakeshore to see this 13-work exhibition inspired by blustery gales. Each piece interprets a different level on the Beaufort scale, a classification system of wind force. Shown above: Cuban collective Los Carpinteros’s Beaufort 10: Frío Estudio del Desastre (Frozen Study of Disaster), which presents a cinder-block wall mid-destruction with hundreds of concrete fragments frozen in mid-air. Other attractions include Tim Knowles‘s Beaufort 1: Dispersal Zone, which rigs street lamps with smoke machines, and Mary Mattingly‘s Beaufort 5: Torus, which anchors a floating vortex-like vessel in the middle of Lake Ontario. Along Queens Quay, between Parliament St and Harbourfront Centre 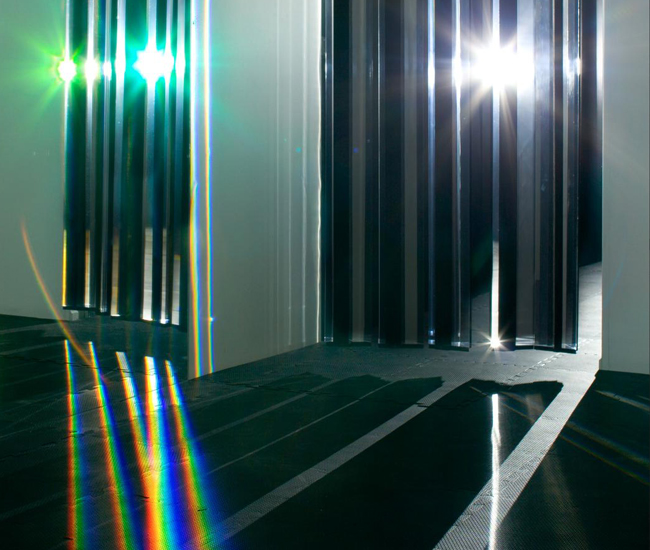 2 Domestic Motion
Olafur Eliasson is known for psychedelic installations that investigate the interplay of light and space. On display in Union Station’s Great Hall, this hypnotic 2005 work by the Danish-Icelandic artist positions a large mirror next to a curtain of rotating prisms. As light shines through them, it refracts and reflects to create a hypnotic spectacle. 65 Front St W 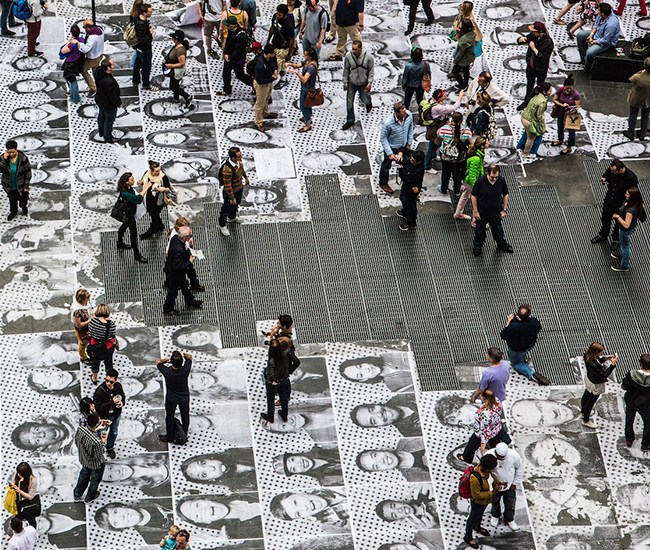 3 Black and White Night
Curated by renowned photo-based street artist JR, this feature exhibition near City Hall includes the first Canadian edition of the TED Prize-winner’s Inside Out participatory art project. A truck kitted out with a photo booth has been parked at Nathan Phillips Square since Monday, inviting Torontonians to pose for portraits that will then be printed and pasted on site. The resulting photo mosaic will reflect the diverse mix of people who share the city’s urban space and, as one of this year’s 14 extended projects, it will remain on display until October 12. Six other works by JR will be installed nearby, alongside Katy Chey’s Park Here, which riffs on urban signage by creating a pop-up green space in an underground parking garage. Judging from the concept image, the result will be something that looks straight out of a post-apocalyptic utopia. 100 Queen St W

4 10 for 10th – Memory Lane
Reflect on 10 years of Nuit Blanche with this nostalgia-themed exhibition. Ten of the city’s top cultural institutions, including the Royal Ontario Museum and the Art Gallery of Ontario, host installations inspired by reflection. We’re especially looking forward to traversing Los Angeles collective FriendsWithYou‘s inflated, pastel-hued Light Cave. The evocative cathedral will be set up on the Drake One Fifty’s patio. 150 York St 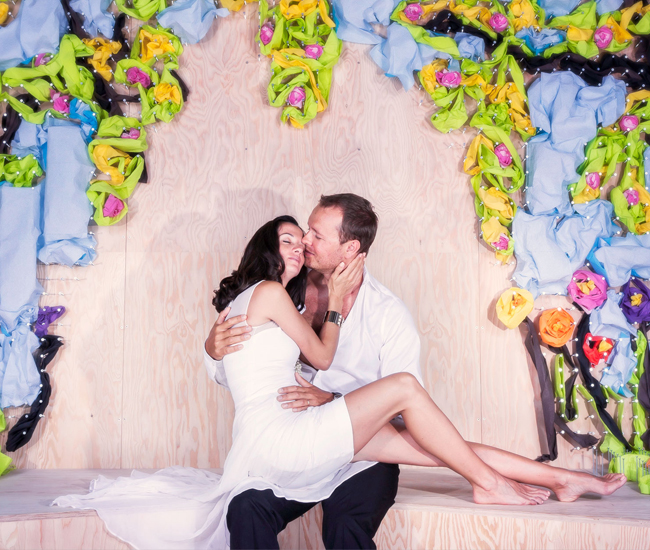 5 The Lovers of the River Almonda
Couples planning to wander through the night hand-in-hand, this one’s for you. Architect and George Brown College Centre for Arts, Design and Information Technology dean Luigi Ferrara explores the performative nature of modern love with an interactive photo studio. Pairs are invited to pose for a portrait in front of fantastical backdrops created from Portuguese Renova tissue paper. Each photo is then annotated with crowdsourced poetry, projected to the onsite audience and shared through social media – pressing participants to grapple with the vulnerability associated with the kinds of public declarations of love that are now old hat in the age of the “relfie“. 483 Bay St 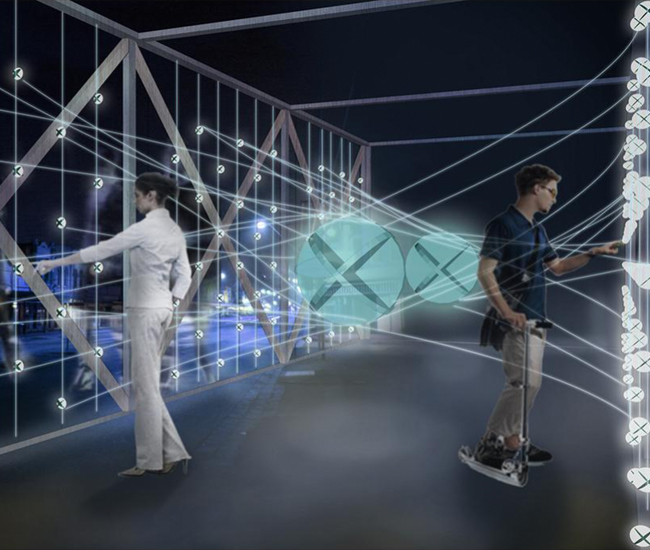 6 RE/COLLECTION
Students from the University of Waterloo School of Architecture reimagine the brain’s cerebral cortex as a multi-sensory environment, encouraging visitors to interact with their memories via a Minority Report-esque interface. As more people participate, links begin to form between common memories, creating a collective record of the past. Find the trippy installation in the main hallway at Artscape Youngplace. 180 Shaw St