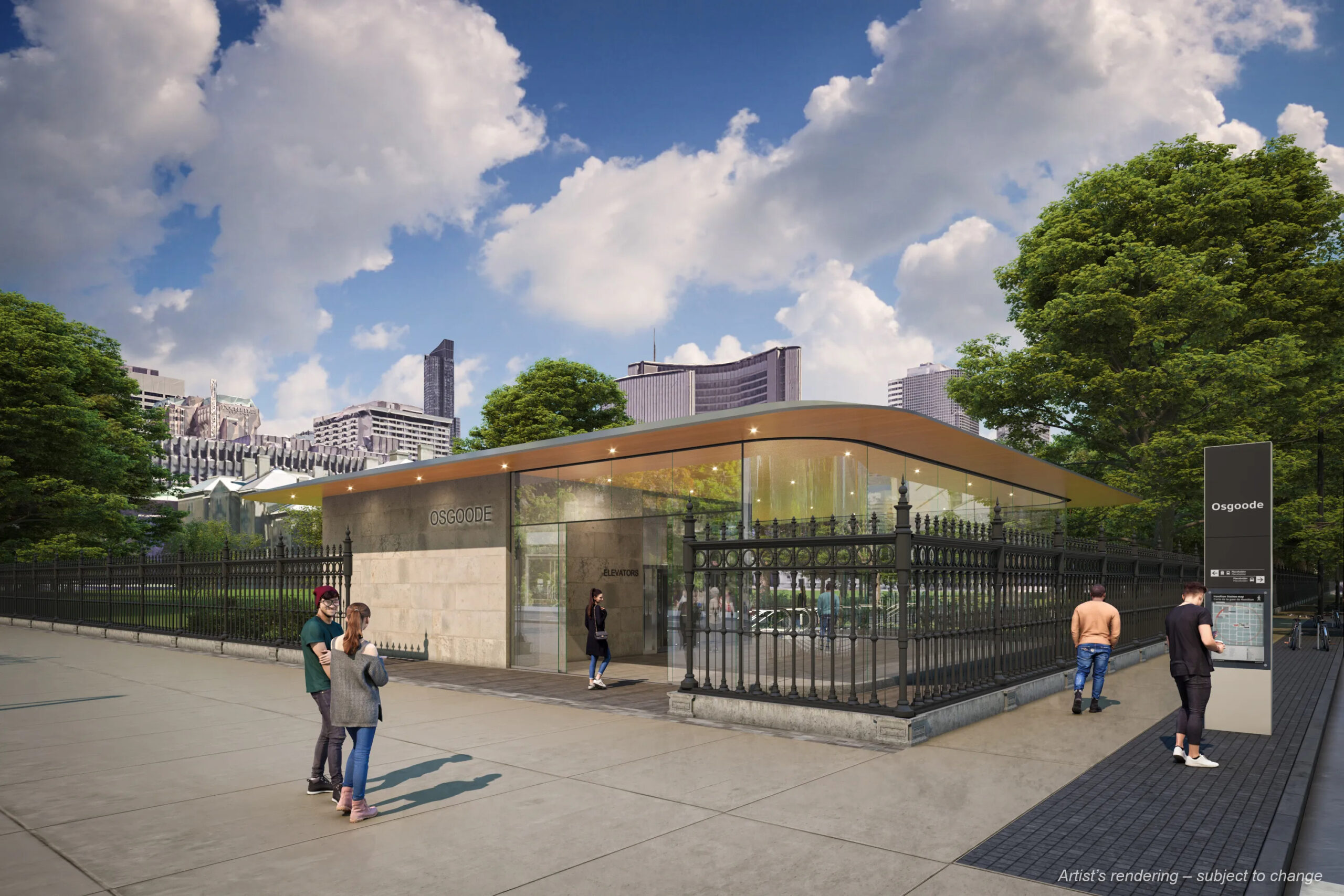 Where’s the Lorax when you need him? Despite surviving centuries of development in the city’s downtown core, a block of historic trees along the grounds of Osgoode Hall will soon face its demise. At the north-east corner of Queen Street West and University Avenue, the green space is the latest site of controversy surrounding Metrolinx’s Ontario Line—which officially began construction in March at Exhibition Place.

Since its proposal in April of 2019, Ontario Line has received its fair share of criticism for the unavoidable disruption and displacement it will bring to quiet neighbourhoods, homes and businesses in its construction path. But when plans to build a new station on the iconic Osgoode Hall grounds garnered the concern of many, including Mayor John Tory, the transit agency committed to a third-party independent review for alternative designs. This promise has been cut considerably short, however, with the removal of the trees scheduled to begin as early as next week and far before that independent review is expected.

While plans are subject to change, local uproar, including that voiced by the Law Society of Ontario, shares a concern that Metrolinx has settled on the Osgoode Hall grounds because it has concluded the site as the simplest option. Criticism also echoes that Metrolinx has not reflected on the significance of the grounds or given enough thought to other areas that wouldn’t require the tearing down of historical trees. The decision reinforces a trend of developers reserving green space outside of Toronto’s downtown core.

Osgoode Hall is the oldest continuously used institutional property in Toronto, recognized as one of Canada’s most significant heritage assets and designated under the Ontario Heritage Act. If the clear-cutting comes, what precedent will this set for future development projects? If century-old trees rooted on a Canadian heritage site are not deemed untouchable, what is? Though some welcome the demolition in the name of easing gridlock and alleviating TTC misery, others see the move as a definitive and unfortunate new standard for Toronto’s urban design.

*Update
Since the publication of this article, Metrolinx has announced it is delaying plans to chop down trees in downtown Toronto next week because it has developed an “alternative method” to carry out work on a new transit project.