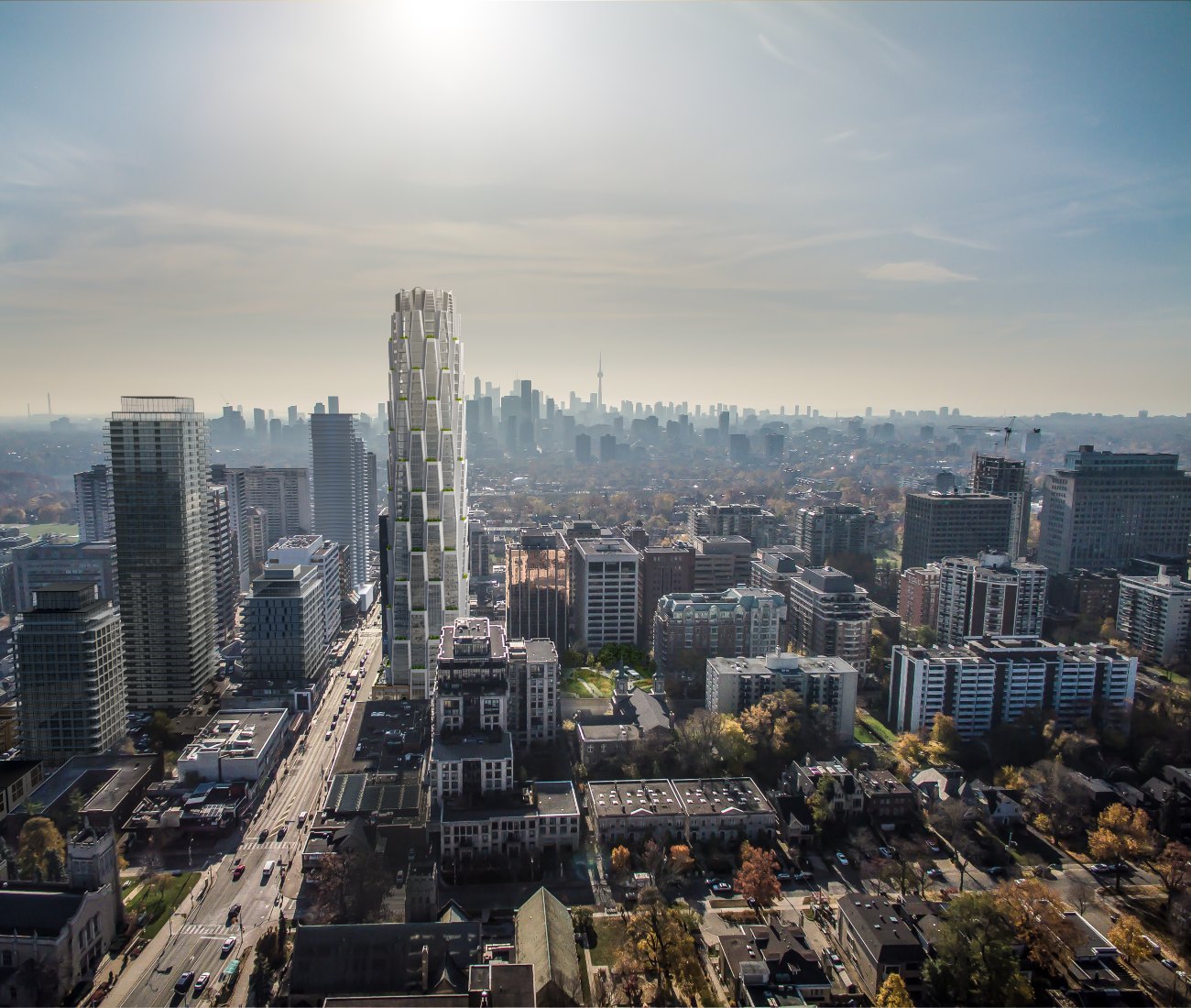 Despite shared walls, floors and windows, high-rise condominiums aren’t known for fostering the social bonds that tie neighbourhoods together. Neighbours are recognized with a nod and small talk, but the over-the-fence relationships and sense of place that characterize house-lined streets are seemingly more difficult find at altitude. For better or for worse, though, Toronto is in sore need of density. But does it have to come at the expense of community?

In a livestreamed talk with Azure, architect and Studio Gang founder Jeanne Gang was adamant that, no, we can have both – that we need both. According to Gang, the problem isn’t inherent to density-minded urban living, but rather with how these buildings have been designed and built. “There is potential for community in a tall building,” says Gang. But, she ponders, “How can we improve the tall building to support those kinds of relationships?”

In collaboration with WZMH Architects, Studio Gang is set to explore the question with One Delisle, addressing the dual – but not necessarily competing – needs to create dense urban centres and thriving communities. Located in Midtown, the tower emerges from the street from a square base and, ascending up its 47 storeys, transitions into a hexadecagon (that’s 16 sides, for those of you who didn’t look that up just now). Its distinctive, scalloped exterior meanwhile supports a series of balconies and terraces, providing ample outdoor space for each unit. As much as from drawings and modelling, One Delisle is a product of what Gang calls “actionable idealism,” an ethos that drives not just the studio’s progressive goals, but in their mapping out  a realistic means of achieving them. It’s a holistic process that sees good design emerge out of a deceptively basic line of questioning.

“We spend a lot of attention and detail in our design process and start from the inside out, asking, what makes a good apartment?” Gang told Azure. “Many times it’s about good indoor-outdoor access, quality of light and the layouts of the apartment. There’s also this play of texture and difference, because the roughness is good for reducing the effect of wind. It’s also interesting to the eye.”

At ground level, Studio Gang has actually increased the setback while re-integrating the art deco-ish facade of the previous building, preserving the look and feel of the neighbourhood – and indeed, contributing to the unique aesthetics of One Delisle – while improving the pedestrian experience. As it rises, it tapers as well, increasing the amount of natural light reaching the ground. It’s community-building – and actionable idealism – at work, both within the tower and without. “People aren’t used to seeing it yet, but the city needs to grow, and it needs to increase its density,” says Gang. “I don’t think this is the last building that’s going to grow taller there.”