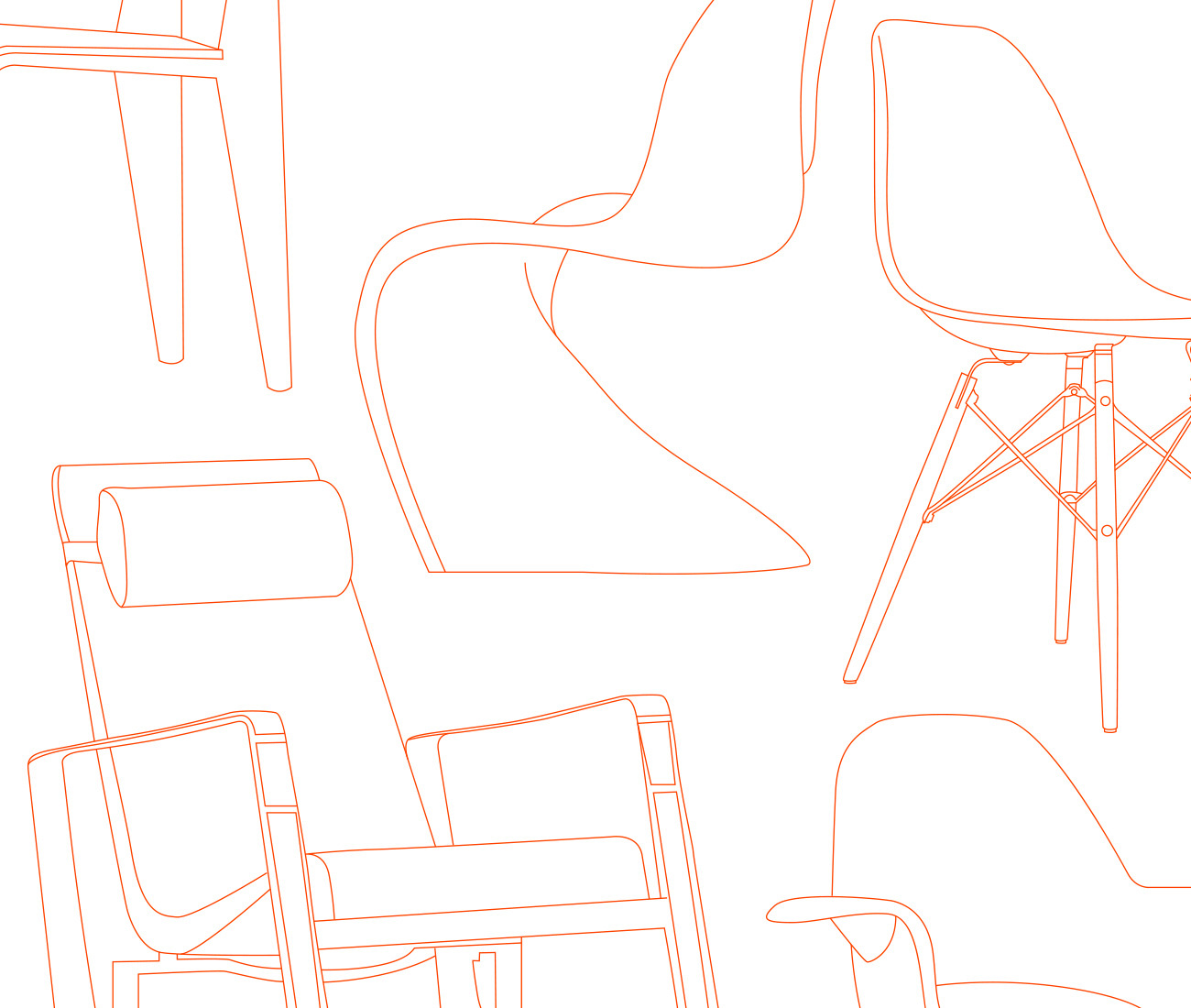 Sometimes, you just need a second to relax, and this guided tour of chair design going back to the 19th century is the perfect stressless watch

It starts with Jean Prouvé’s Cité lounge chair. A small set of doors open, and glove-wearing attendants gently wheel it out to its designated spot in a huge, hangar-like space. More follow: an Alvar Aalto Paimio Chair, Gerrit T. Rietveld’s Zig-Zag Chair, and others, until 125 chairs of all sizes and types are in position. Aside from the mellow jazz soundtrack, the only sounds come from the shuffling of feet and furniture.

That’s about as tense as it gets, and that’s kind of what’s great about Vitra’s Chair Times, a documentary that explores the history of chair design through the manufacturer’s extensive collection. Vitra, founded in Switzerland in 1950, has a long history of partnering with iconic designers, including Charles and Ray Eames, Eero Saarinen, George Nelson and others. Zaha Hadid and Tadao Ando both feature on Vitra’s campus, and its design museum, which houses the collection featured in this film, was designed by Frank Gehry. Given the iconic design Vitra has midwifed into being over the years, harmony, not conflict, is more in keeping with its corporate identity. And given our current, turbulent moment, Chair Times feels something like visual self-care – at least if you’re a design nerd. 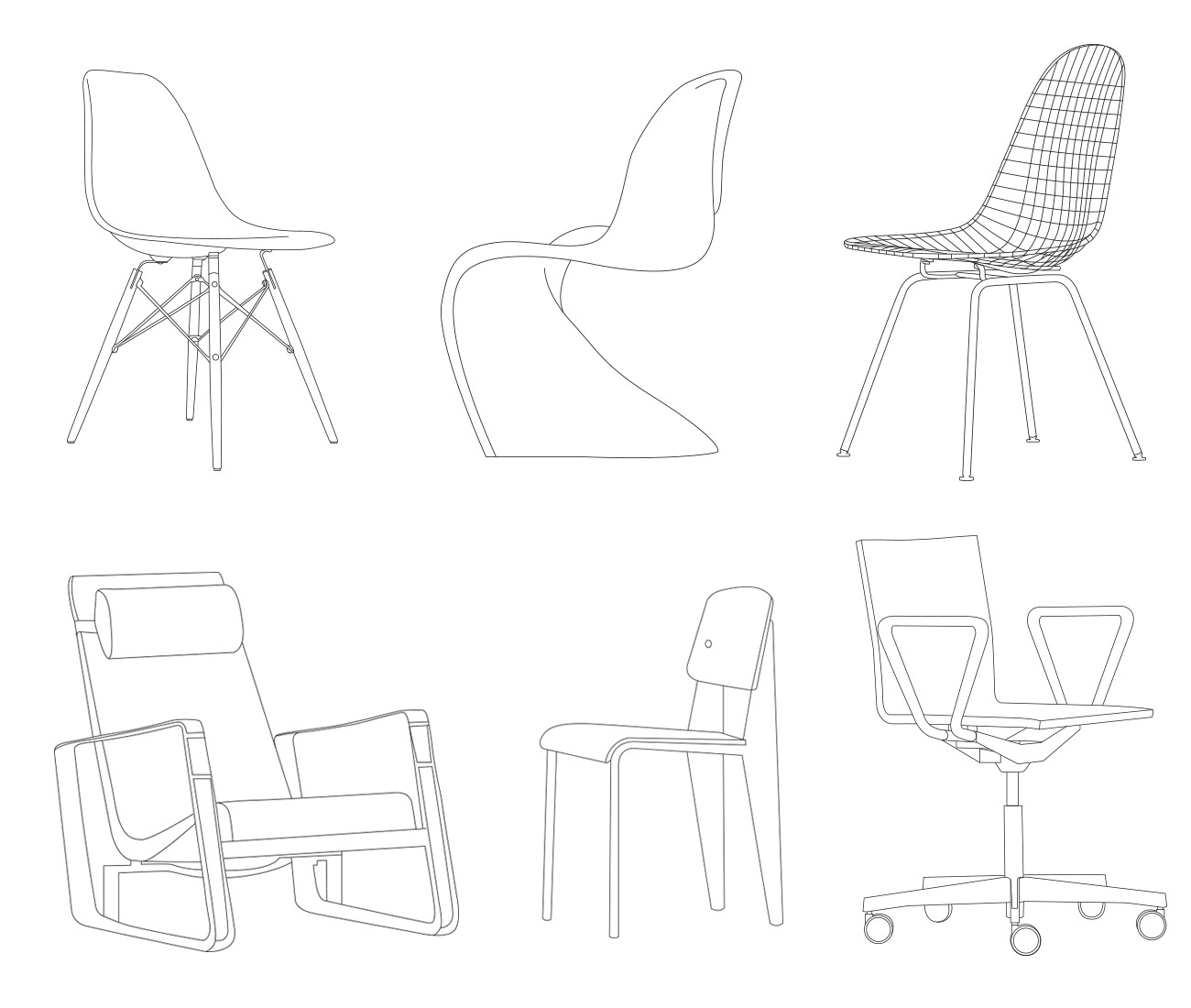 Calming format aside, it’s nevertheless a reminder that design doesn’t occur in vacuum. “The biggest strides,” Rolf Fehlbaum, chairman emeritus of Vitra, notes, “are probably accomplished when society undergoes significant change.” To wit, the Thonet No. 14, better known simply as the Thonet Chair. First fabricated for a coffee house in 1842 – a scant six years before a wave of revolutions transformed Europe – it was the first mass-produced piece of furniture in the world. Its bentwood construction, then a technological marvel, made it light, cheap, and easy to disassemble, ship and re-assemble on site. Absent the growing middle class, whose members had leisure time, disposable income and, as it happens, a regime-toppling appetite for political change, the Thonet Chair might not have existed at all.

Fast forward to 1918 and Rietveld’s severe, unupholstered Red and Blue Chair, a Dutch modernist classic that Fehlbaum declares “marks the end of comfort, and the start of something totally different.” Broadly speaking, the First World War was a catalyst for that “something totally different” – a modern take on aesthetics that rejected tradition, embraced industry and whose influence could be felt in painting, sculpture, literature and, really, any practice with a creative bent. Like other early practitioners of modernism, Rietveld saw that break as necessary. Following a traumatic war, the thinking went, Europe needed to heal, and new forms would contribute to that project. The Red and Blue Chair, in its hollow, boxy way, was an early remedy for an ailing continent.

And on Fehlbahm goes through the decades, remarking on the technical marvel of the aluminum Landi Chair, the Eameses U.S. Navy-backed experiments with molded plywood, the colourful, pop-infused furniture of the 1960s and on through to Tokujin Yoshioka’s polyester fibre Pane Chair. “Each of them tells us something about the time it was created in, about the person who designed it, and of course the society that utilized this particular chair,” says Fehlbaum. What makes them an interesting comparison, he continues, is that, despite the different inputs, technologies, goals and forms, they’re all essentially the same: an invitation to relax and take a seat.

Chair Times can be viewed here. If you want your own piece of design history (or just a lovely place to sit), Vitra chairs can be found at Quasi Modo, Studio B, Studio Pazo, Design Within Reach and EQ3.