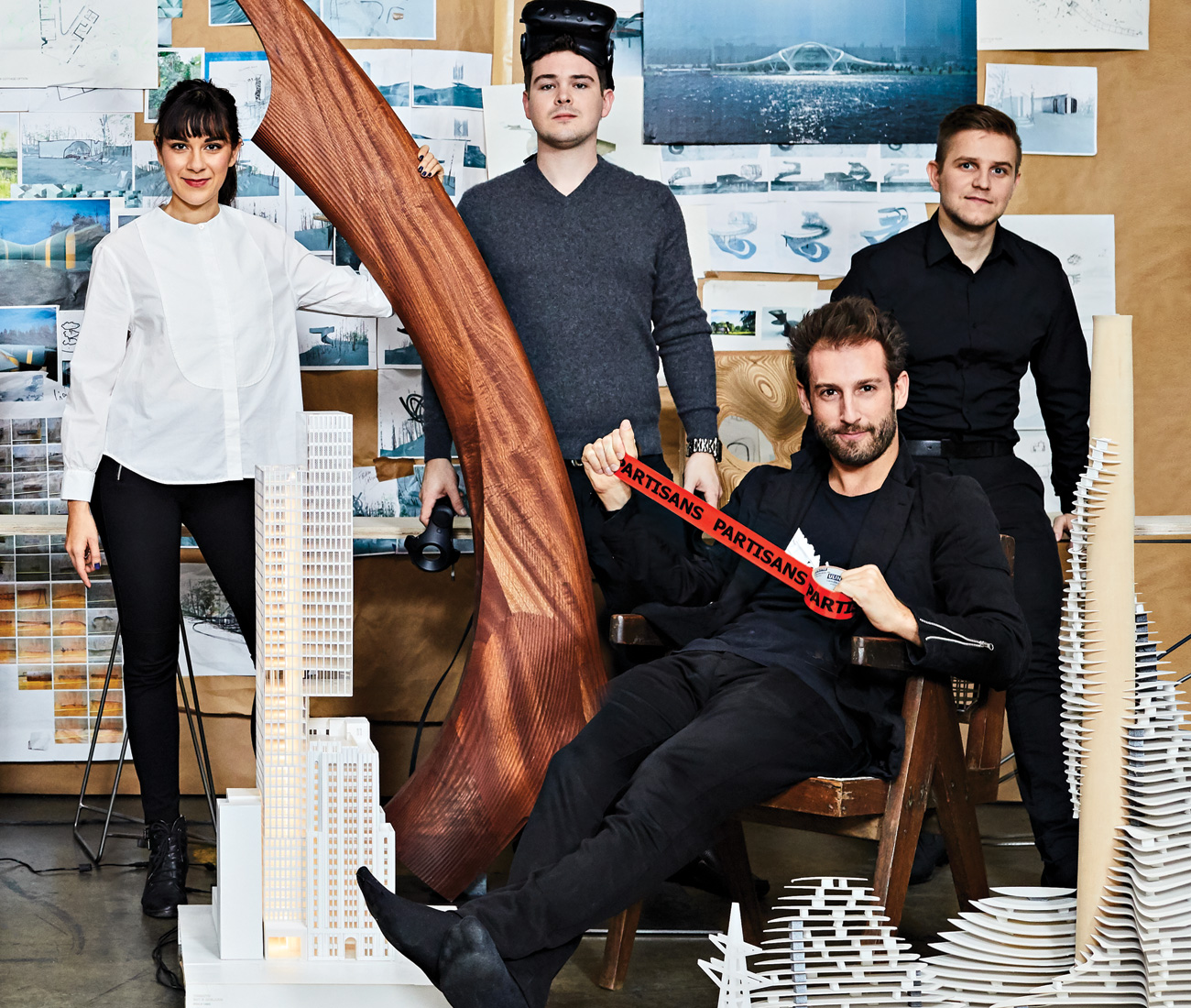 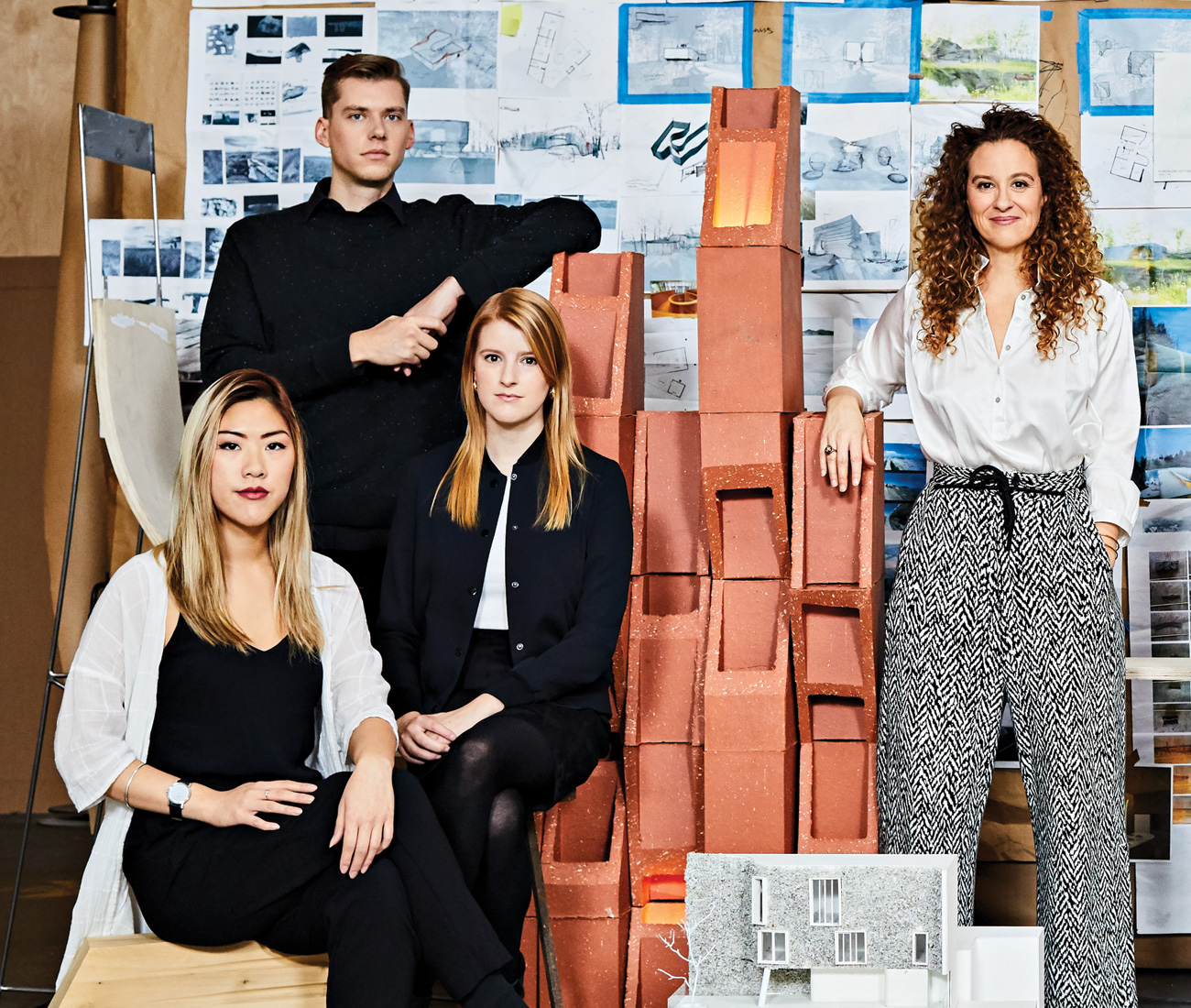 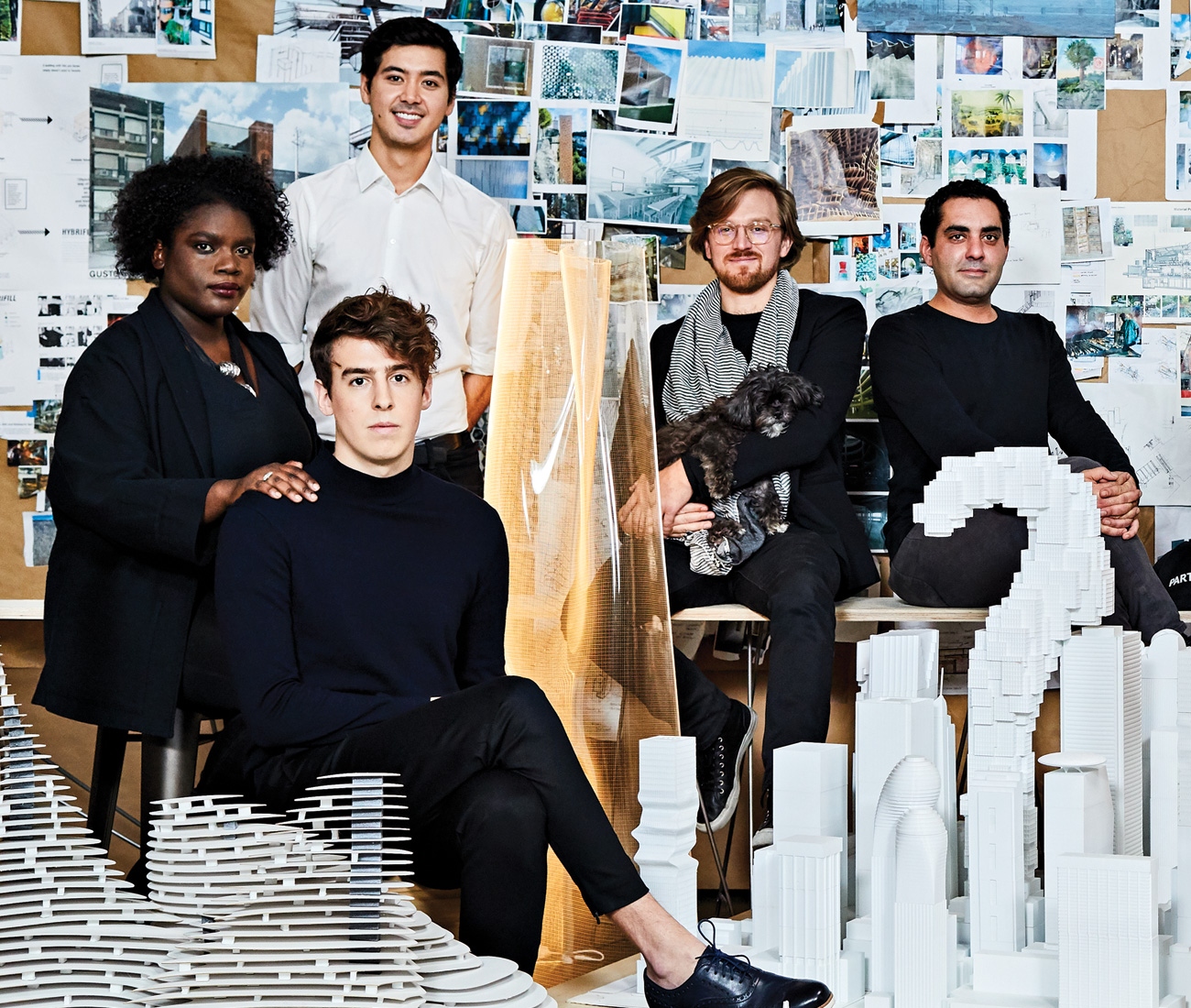 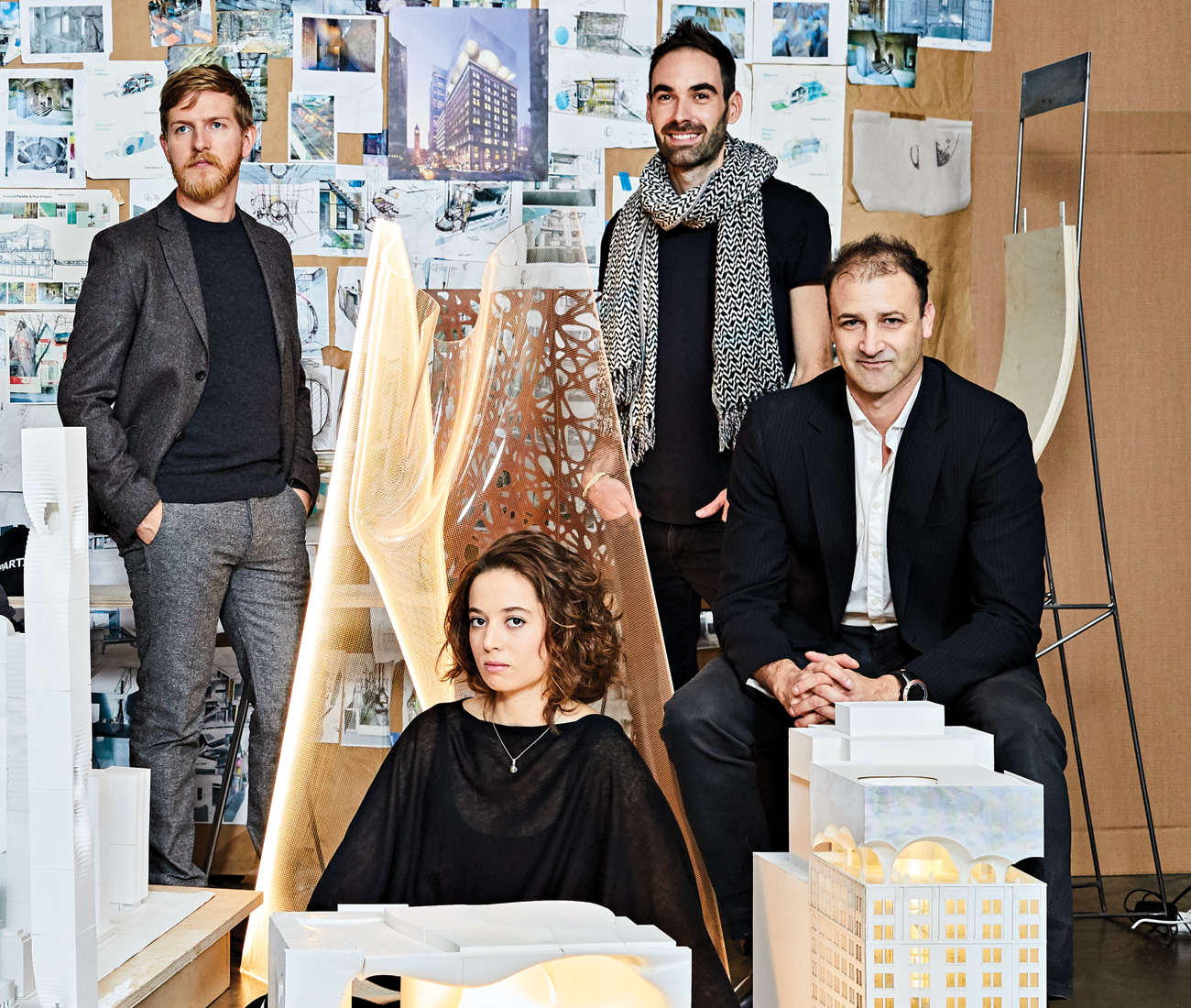 Pot-stirring architecture firm Partisans have influenced Toronto design at every tier, from the resurrection of Ontario Place to Bar Raval’s sinuous interior

Step into the offices of multidisciplinary architecture firm Partisans, and the world as you know it changes. In their world, a dated parking garage becomes a landmark waterside hotel. The long-dormant Hearn power plant is reborn as the stomping grounds of Luminato. And a traditional Canadian A-frame is reinterpreted as a hyper-modern cottage never before seen on the shores of the Muskokas. “A lot of firms build their brand based on a consistency of aesthetic,” says Nicola Spunt, Partisans’ director of culture and content. “We strive to surprise at every turn.” 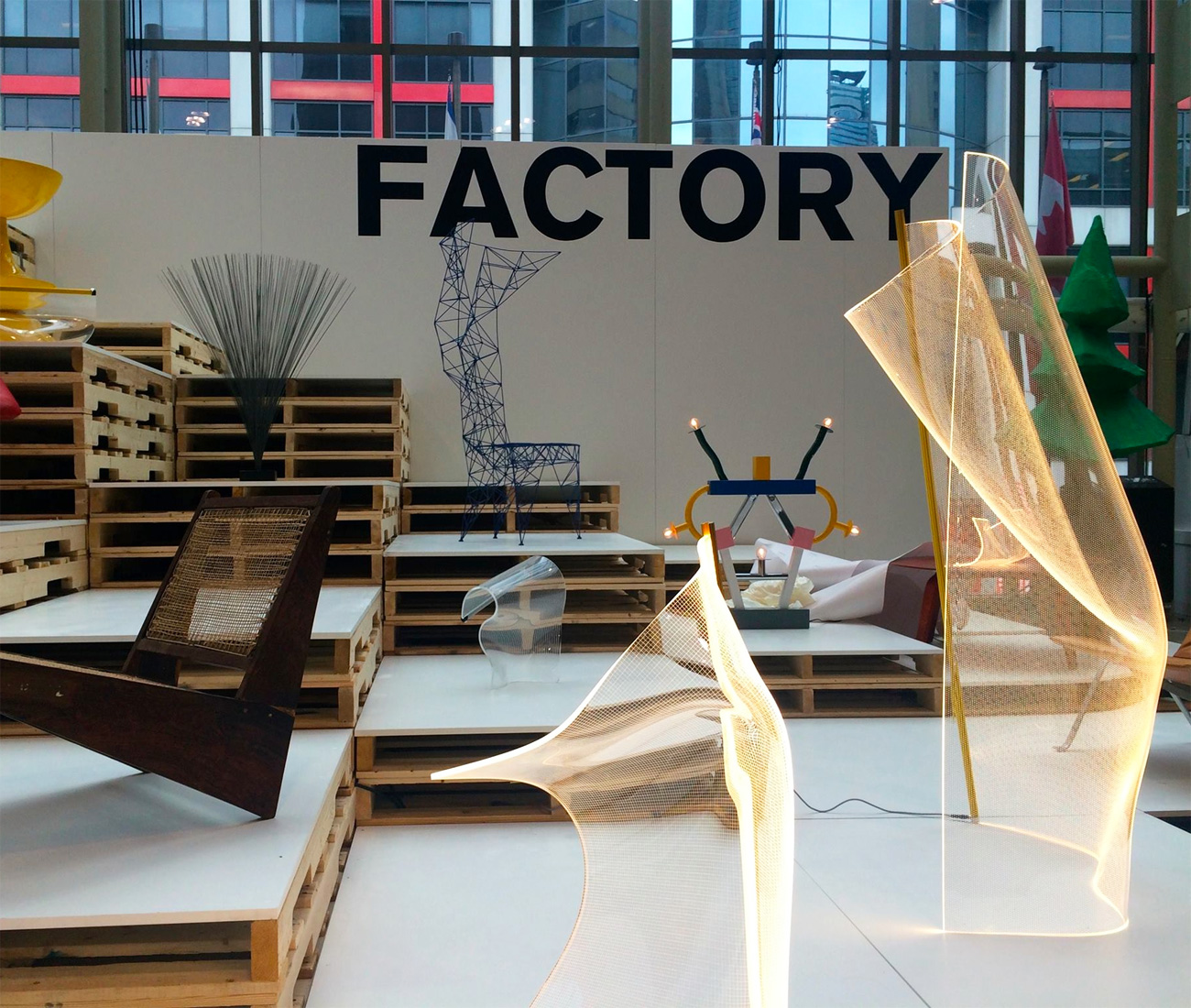 Case in point: their 2017 transformation of a booth at the Interior Design Show into a miniature factory, where they fabricated their etched acrylic Gweilo lights on the spot. Spanish mega-brand Parachilna was at the show, and eagerly snatched up the manufacturing rights. The spectral lights are now available across the world. 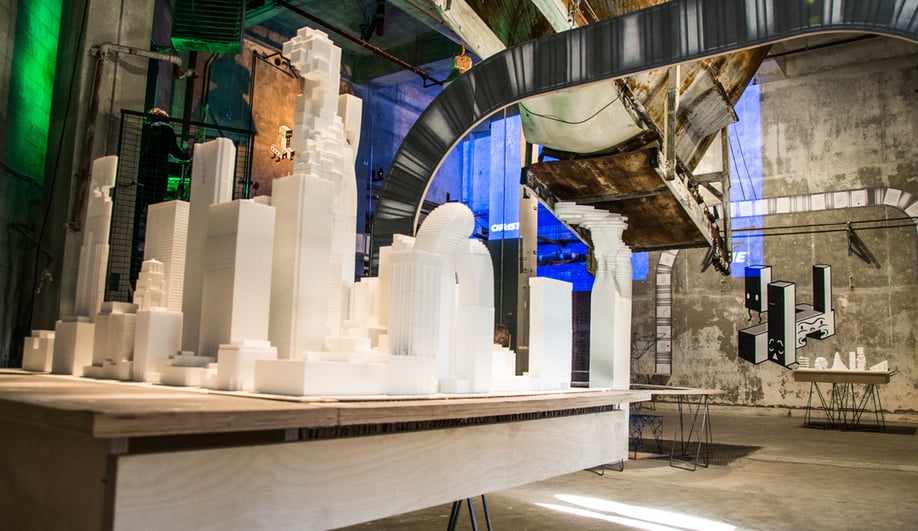 At last fall’s EDIT design festival, Partisans took on the subject of condo development. Their WTF Tower and exhibition displayed letters from local architects to the mayor, raising eyebrows and garnering applause. No wonder the firm – launched in 2012 by Waterloo architecture grads Alex Josephson and Pooya Baktash, joined by architect Jonathan Friedman in 2013 – takes the name it does: partisans are those who rally under a cause, but can also include covert groups allied to unseat an occupying power. “Architecture is more than building buildings; it’s an increasingly political act,” says Josephson. “[The EDIT project was] meant to engage the people that hold the power,” says Spunt. 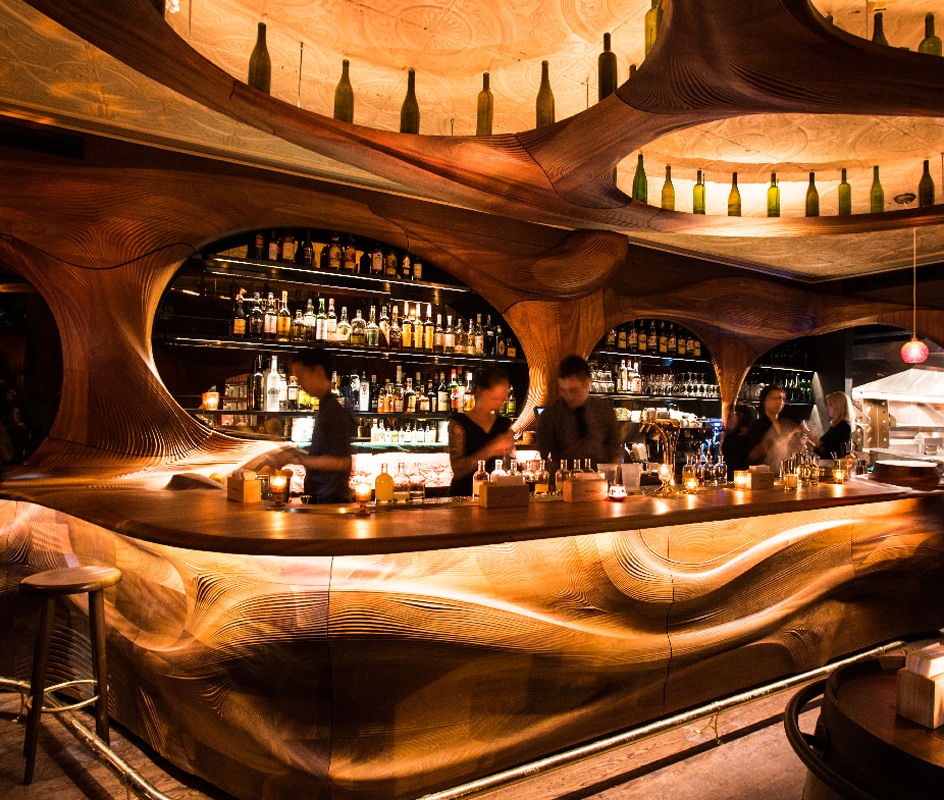 As they’ve touched just about every tier of Toronto design – from the undulating wood fit-out of Bar Raval (they will add Quetzal to the list by year’s end) to the regeneration of Union Station and interim reactivation of Ontario Place – the firm has taken on some pretty serious new builds. This year, they’ll break ground on an event and restaurant space in Gusto 501, a 900-square-metre Gusto 54 project at King and Parliament. They’ve also co-produced Toronto’s official bid for Amazon’s second North American headquarters with Toronto Global and Deloitte, earned an American Architecture Prize for a speculative ferry terminal in Seoul, and are working on residential projects across Ontario that Josephson says will challenge assumptions about Canadian architecture. 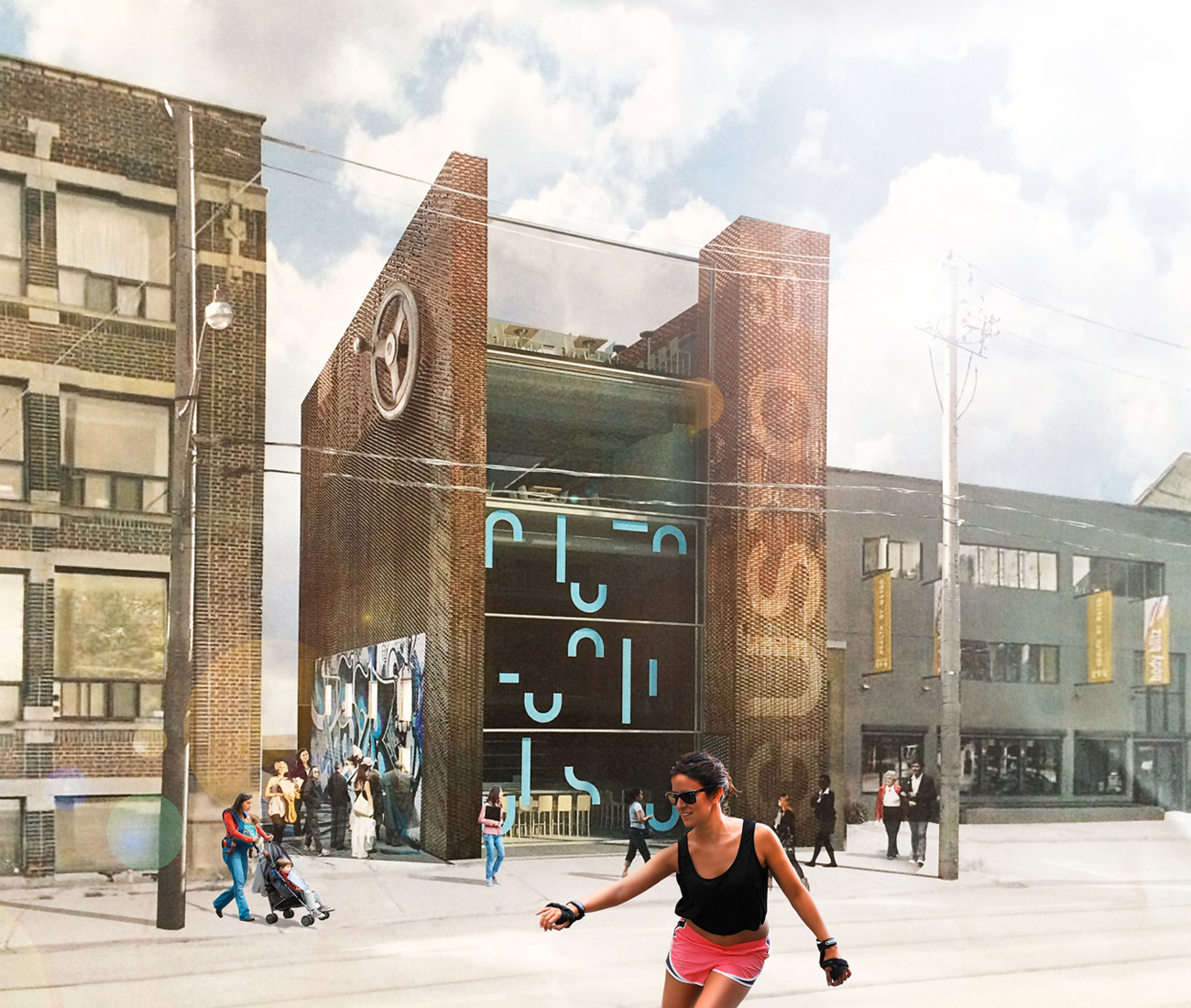 As for maintaining an edge in a city stocked with architecture firms, he attributes their success to rigorous research programs that they eventually take to actual commissions. “There are projects here that don’t have clients. That’s the most important thing that differentiates us as a studio.” And for those of us looking warily at the future of Toronto’s skyline, we’re glad someone’s asking tough questions.