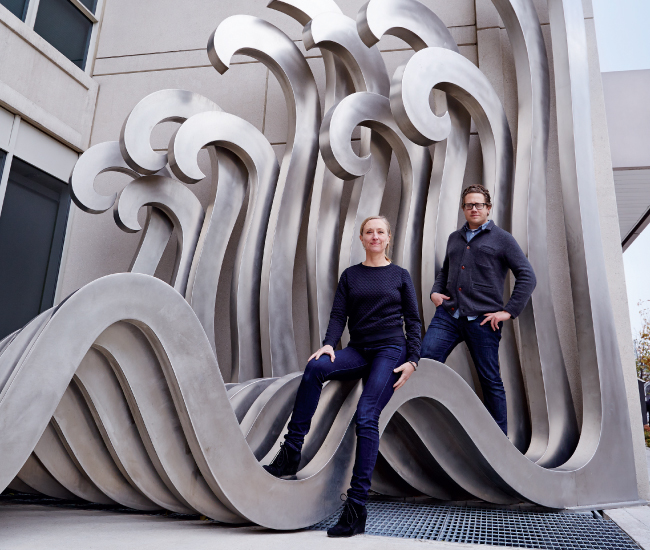 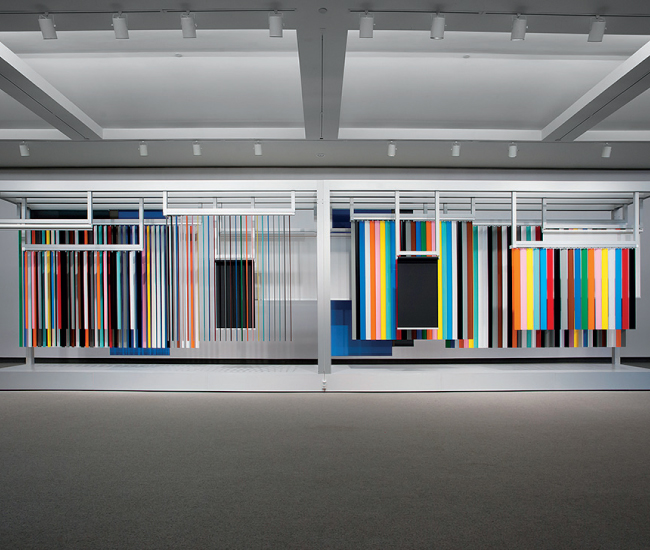 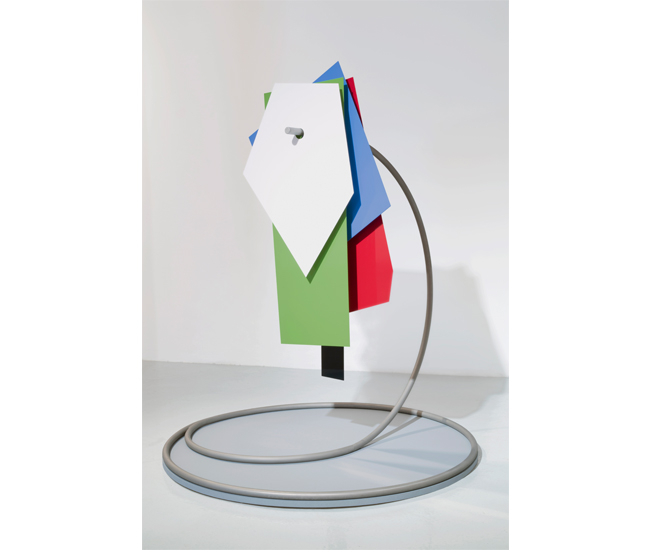 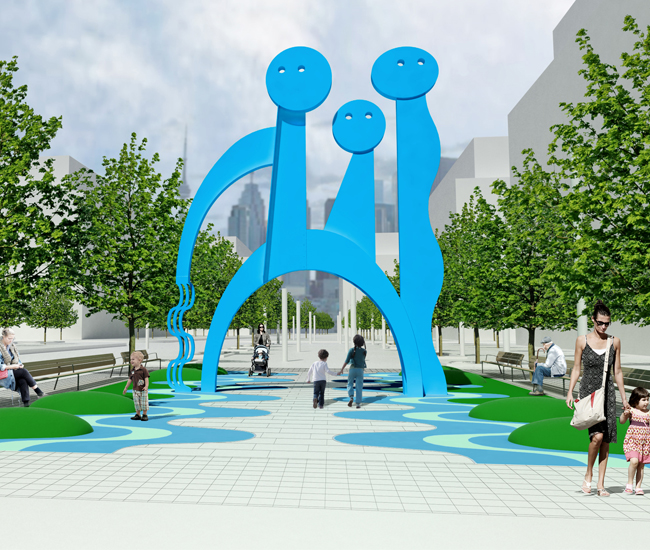 On a new stretch of Front Street East, an installation called The Water Keepers (to be unveiled in May) will comprise of a majestic painted-steel sculpture in a vibrant aqua blue
Share Tweet Pin Email Print

An artistic duo riding the crest of Toronto’s urban transformation

Daniel Borins and Jennifer Marman are riding the crest of Toronto’s transformation. Like a giant breaker hitting a ship’s starboard side, their stainless steel sculpture Wave Side crashes against an art deco–inspired condo by Quadrangle Architects. Referencing its lakeside locale just south of Fort York, the five-metre-high piece hints at what’s to come: this spring, just ahead of the Pan Am & Parapan American Games, the artists will unveil several permanent public installations.

Borins and Marman are no purveyors of plot art. In their inventive studio, the longtime collaborators – whose work includes painting, sculpture, and electronic- and public-art projects – often comment subtextually on surveillance society (see their viewer-tracking googly eyes) and modernism’s obsession with all things mechanical (as in Pavilion of the Blind with its motorized blinds). In short, the multi-disciplinary pair cares about the world we live in, a sentiment that translates into thoughtful place makers.

On a new stretch of Front Street East, an installation called The Water Keepers (to be unveiled in May) will comprise of a majestic painted-steel sculpture in a vibrant aqua blue. Designed to appeal to children, its trio of modern river gods straddle an archway – “Every great city needs an arch,” says Borins – and rise seven metres to beam their LED eyes at us come sundown. Visible from the edge of the West Don Lands, the beacon will remind future generations to care for the remediated Don River.

And in an unprecedented mix of infrastructure and art, Borins and Marman, in collaboration with colleague James Khamsi, are set to link the South Core’s new Delta Hotel to the Metro Toronto Convention Centre with a dramatically bent and elevated bridge, which will also connect to the PATH system. The structure, just south of the rail tracks, has a black, white and grey mural that distorts perspective, with triangular windows designed to, as Borins puts it, bring in “bursts of vision and light.” When the crowds disperse after the Pan Am Games, the duo’s public art works will no doubt continue to play a big part in our city’s future.

Originally published in our Spring 2015 issue as The Place Makers.