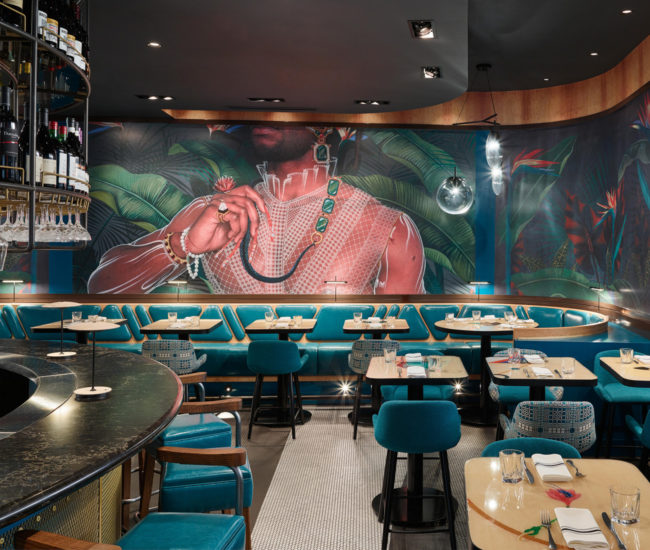 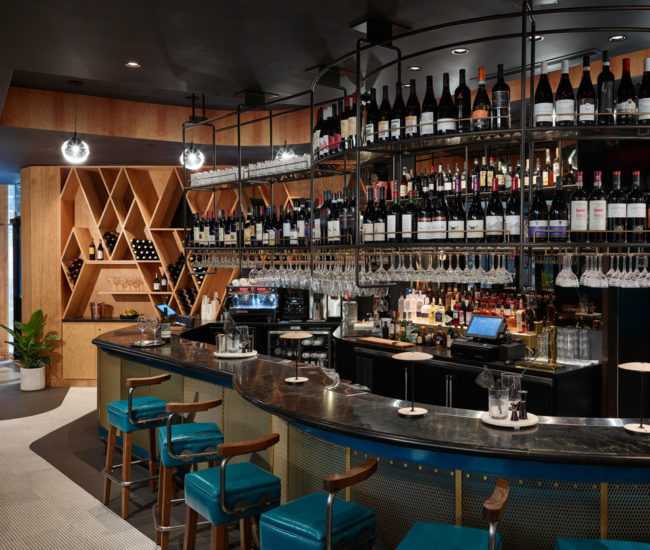 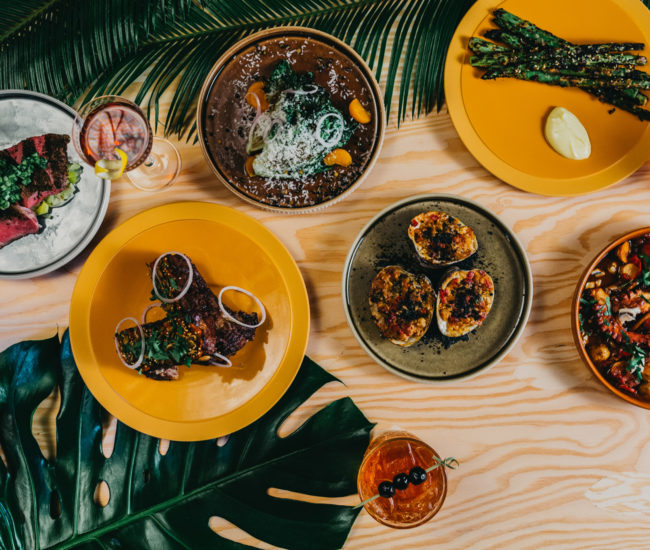 Is it just us, or is the Drake getting smaller? We visit the new Drake Mini Bar in the financial district to see for ourselves

Since opening on trendy Queen West in 2004, The Drake Hotel has conquered fancy bites, cocktails, retail and even weekend getaways to Prince Edward County. With so many hot spots in Ontario, it’s hard to imagine the brand getting any smaller, but it (sort of) is.

The proof is in a nondescript office tower in the Financial District, where Drake Mini Bar, the newest venture from the hospitality giant, just opened its doors across the lobby from Drake One Fifty.

The scaled-down location distills its older sibling’s mix of design, food and art. Plus, in keeping with tradition, pretty much everything from the interiors to the art on the walls has a Toronto connection.

Toronto woodworkers and furniture makers Brothers Dressler, for example, designed and built the indoor pergola that shelters the eatery from its icy surroundings at Adelaide and York. A dramatic Douglas fir plywood bottle rack climbs up an interior wall, transitioning the pergola’s diamond-shaped geometry into the low-lit secondary room.

Loyal clientele will recognize the teal leather one-armed stools around the bar and built-in banquettes first coined at the Drake Commissary on Sterling Road by local design studio +tongtong, along with rich natural stone and mahogany surfaces.

This is where a parade of food (wild Argentinian rye toasts will dill cream and capers) and drink (a zingy signature cocktail with green tea, basil and lime) takes centre stage. Head to the patio, libations in hand, for grandiose summer vibes.

The Drake Mini Bar is located at 150 York Street. Check the website for hours and menus.