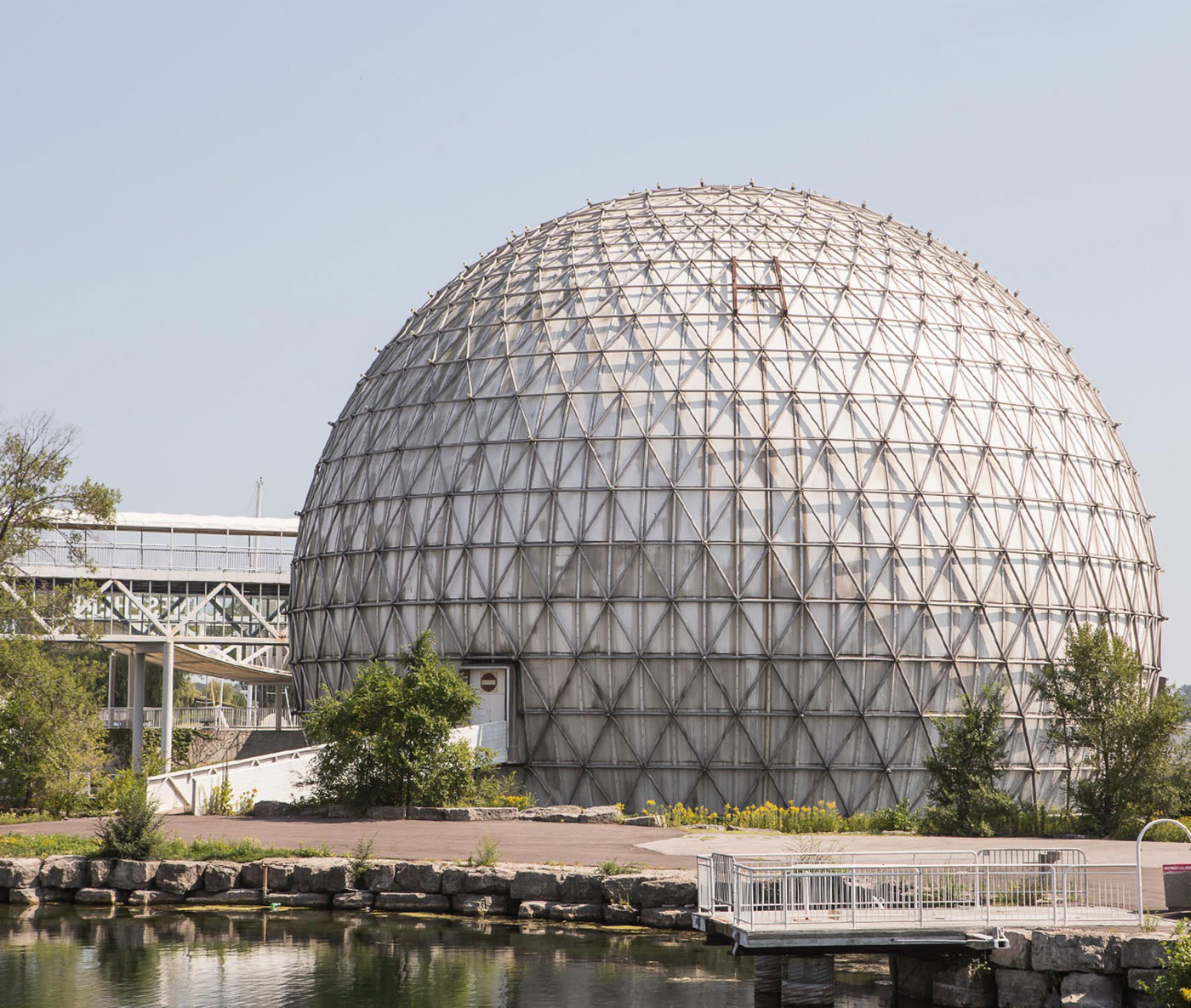 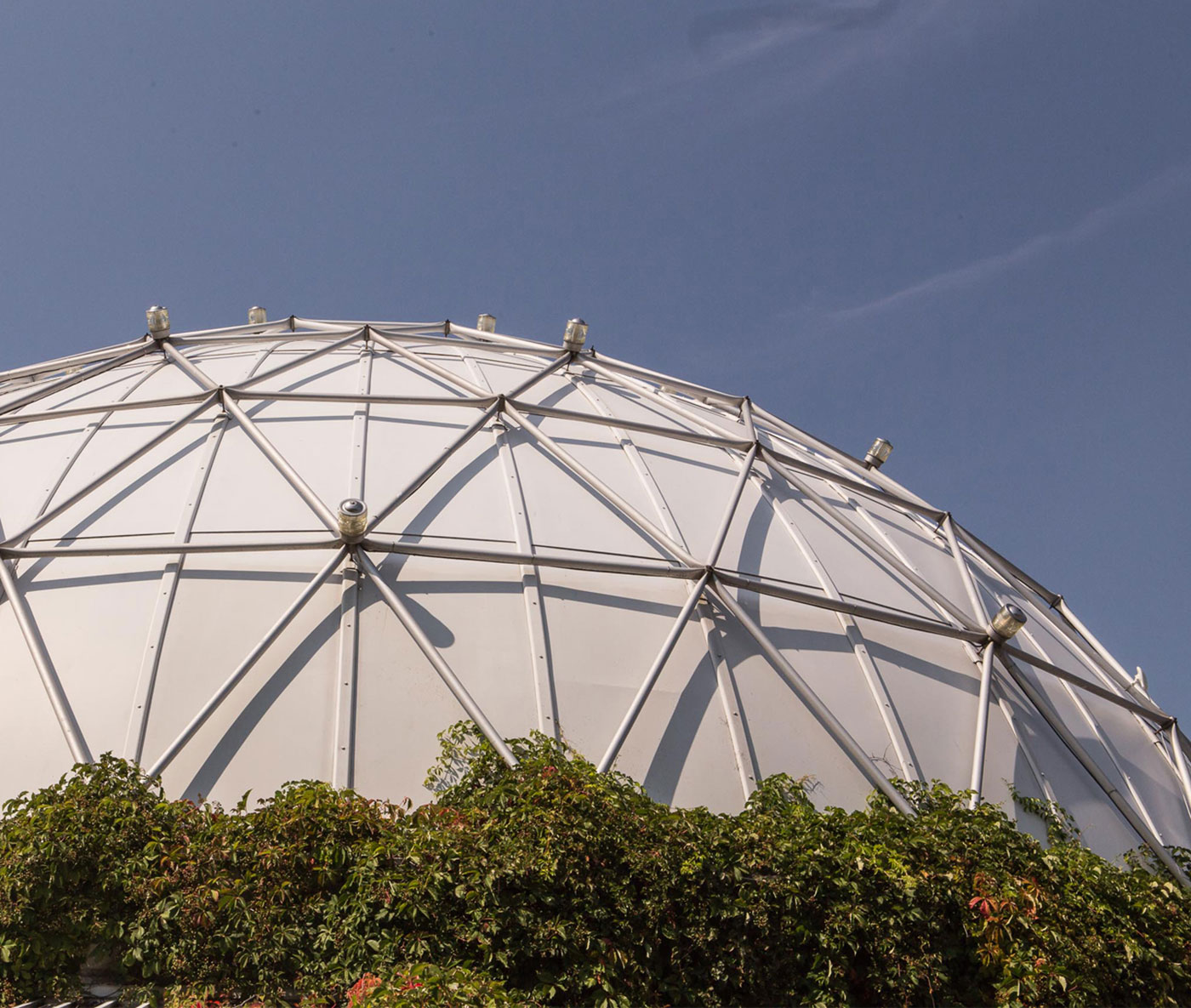 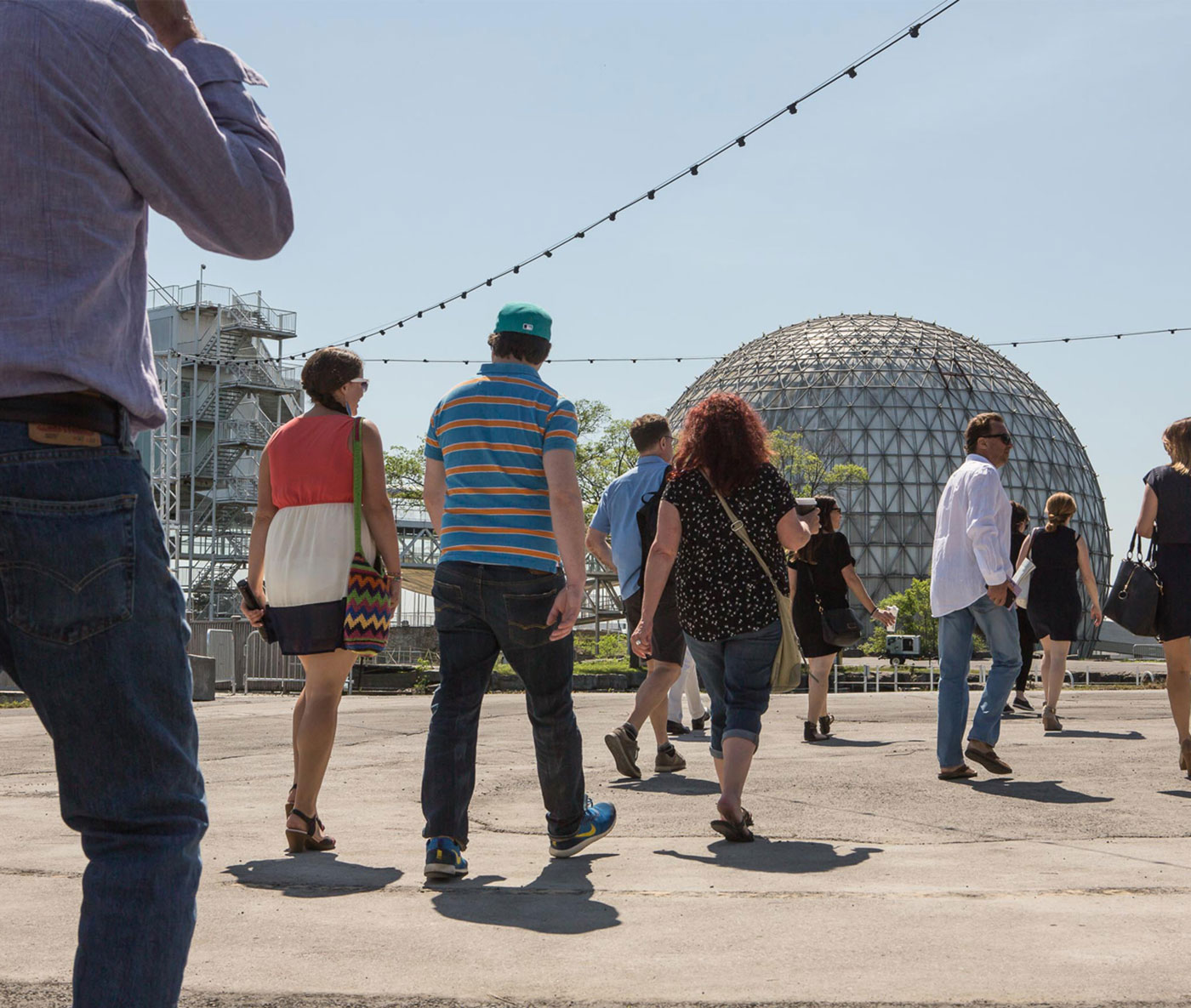 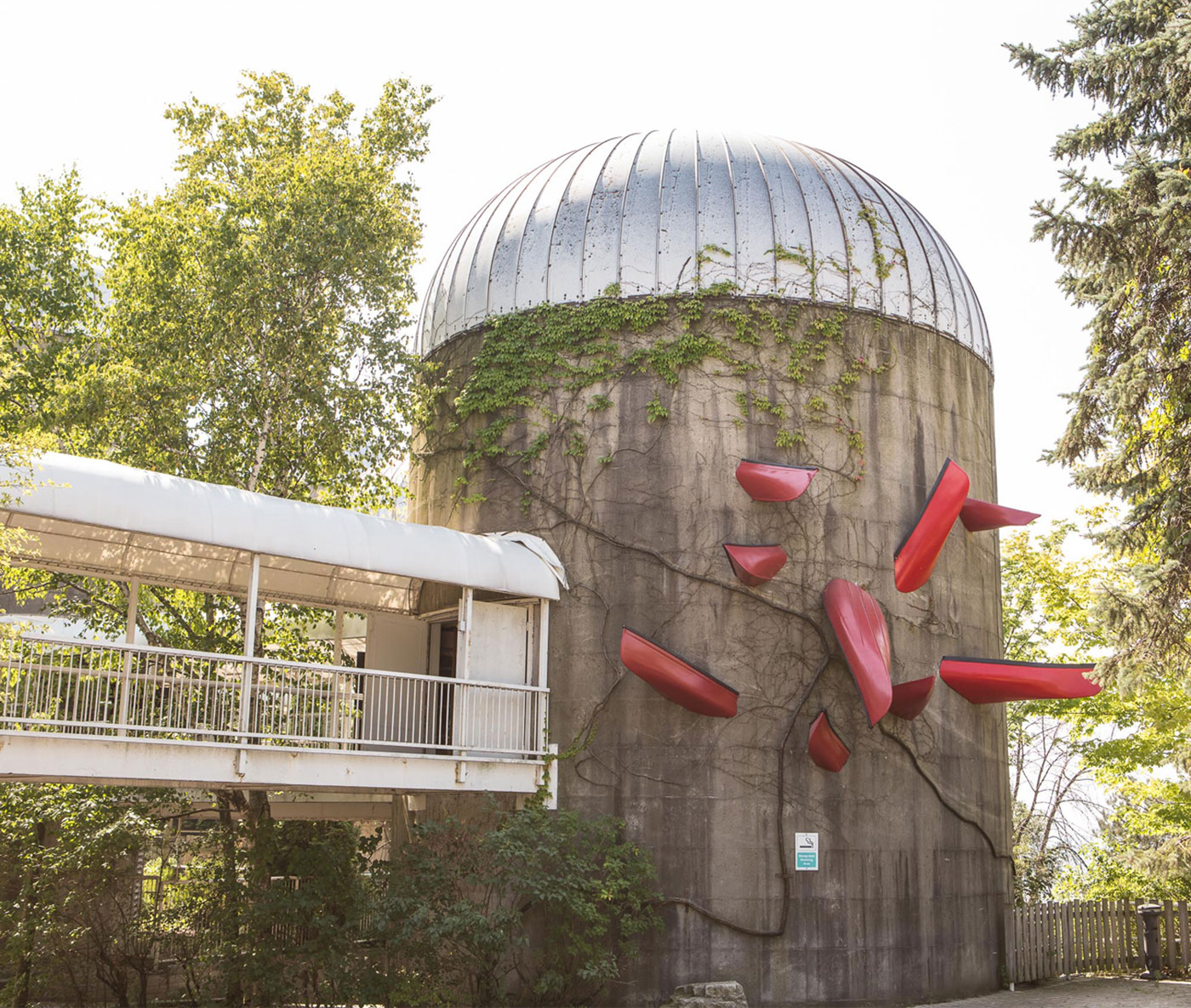 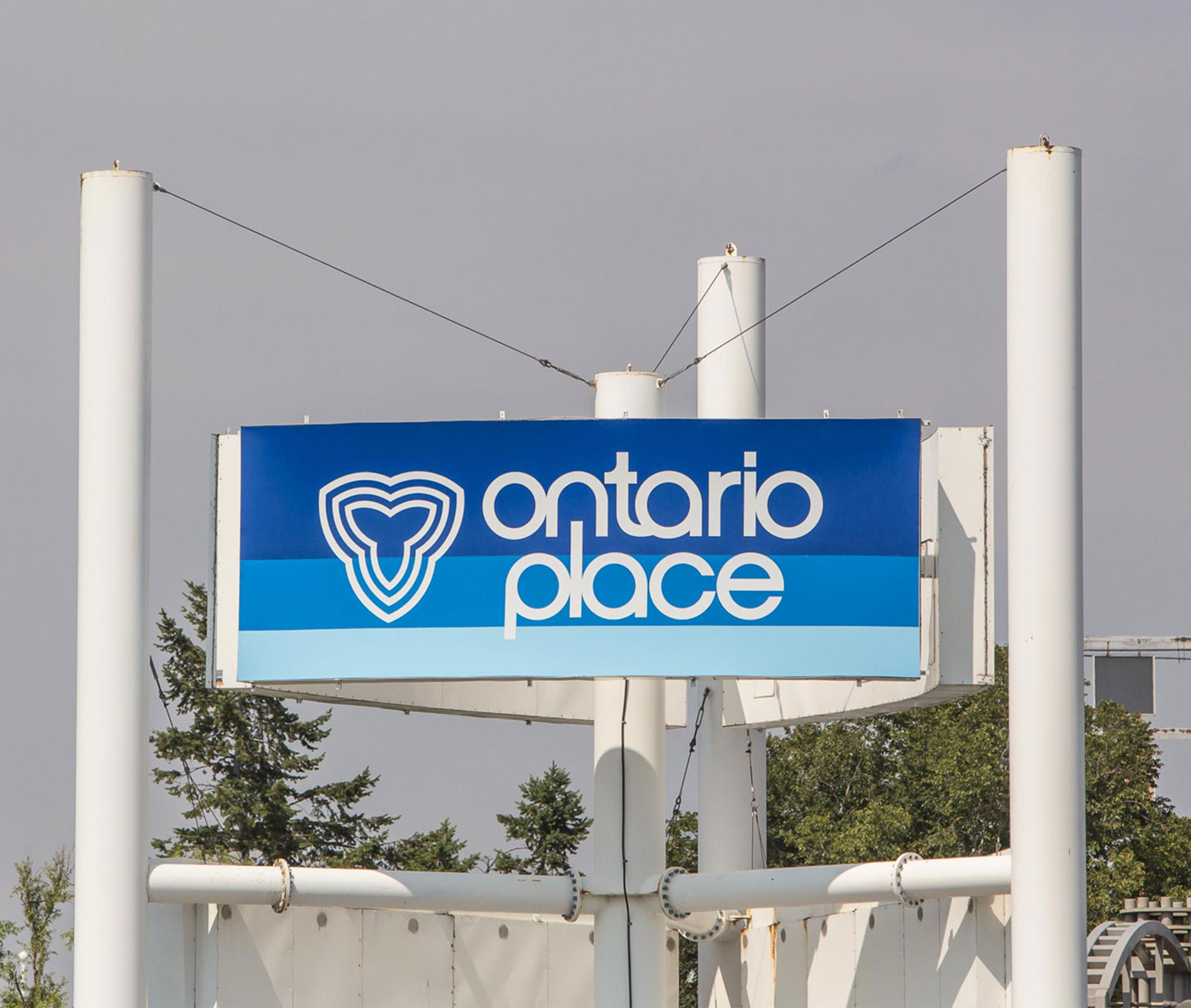 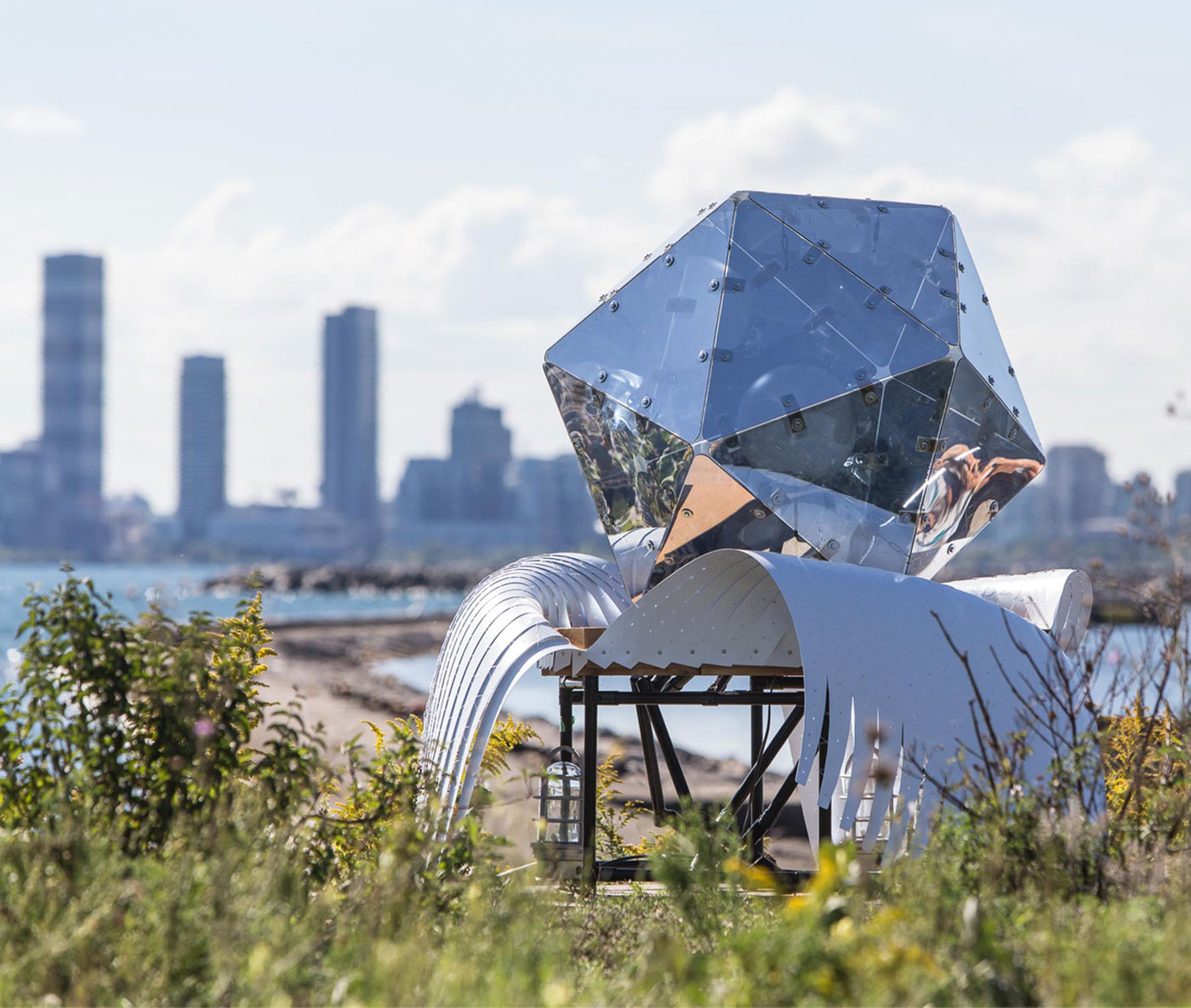 At first glance, the biggest draw behind arts festival In/Future may be its curious setting: Ontario Place. Shuttered since 2012, the science centre and water park has the same eerie appeal as Spreepark, the abandoned Berlin amusement park popularized in the movie Hanna. As that film demonstrated, there’s something deeply haunting about seeing cheerful childhood attractions in a state of decay.

But rather than just inviting visitors to gawk at the peeling paint and retro signage found throughout Toronto’s own defunct utopian wonderland, In/Future is using Ontario Place’s waterfront grounds as the backdrop for a bevy of vibrant, site-specific art installations and performances. The eclectic works deliver fresh energy, making for an experience that’s more about highlighting the complex’s current potential than reveling in nostalgia. 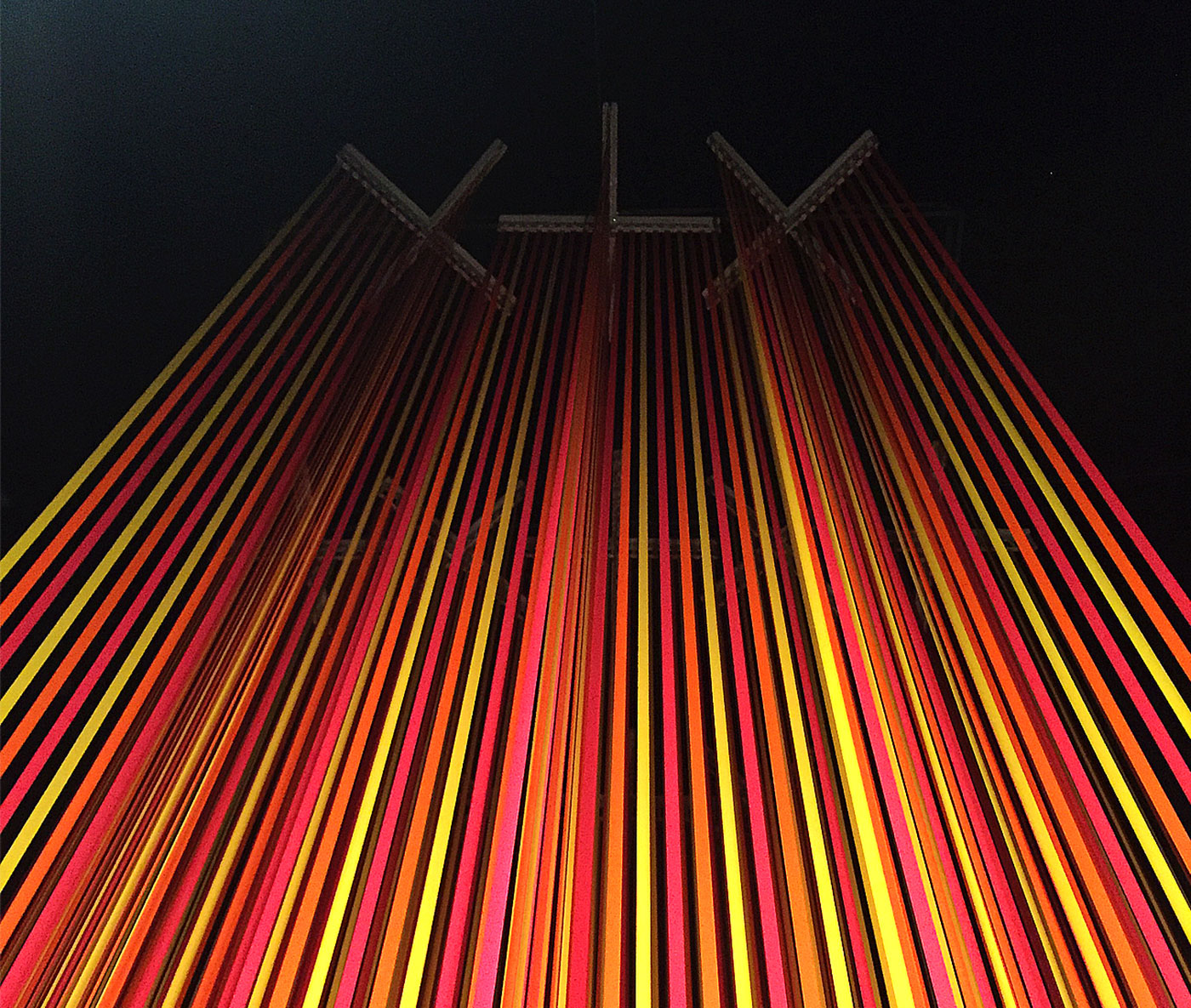 Many of the best installations on display reflect thoughtfully on the theme park’s history and identity. Max Dean’s Still, for example, imagines the lives that the animatronic characters from the park’s Wilderness Adventure ride have led in the years since the facility closed. Mannequins stand positioned like surgeons, repairing a damaged moose from the Canadiana-themed log ride – commentary on the park’s attempts to represent nature using artificial stand-ins. Another standout, Ben Watt-Meyer’s Rubble Pile, builds upon an installation that the landscape designer first debuted at the Gladstone Hotel’s Grow Op exhibition in 2015. Weathered bricks scavenged from the Leslie Street Spit in Toronto’s east end are sorted by colour into a giant mound – a nod to how that peninsula and the islands on which Ontario Place is built are manufactured land masses. 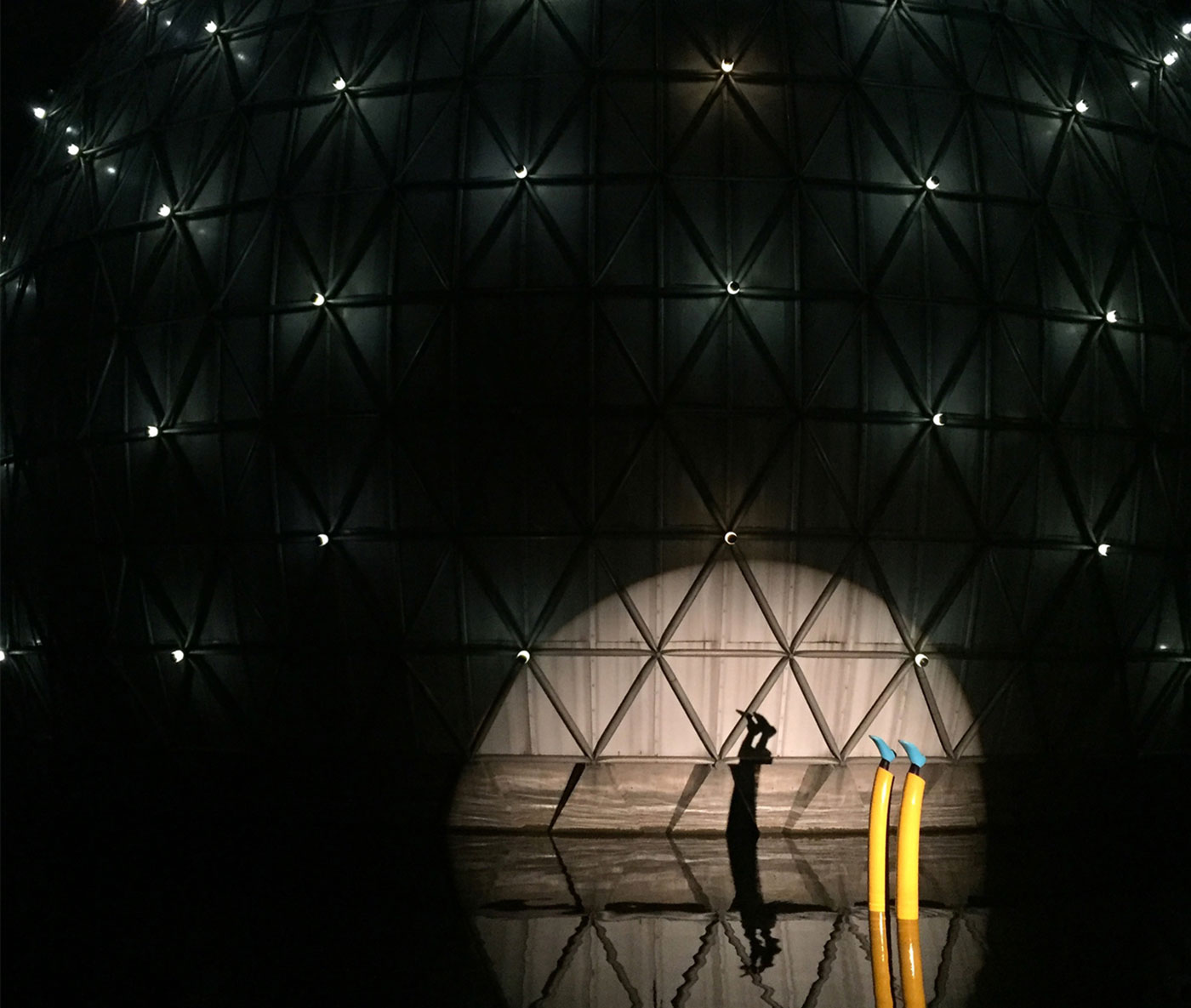 Elsewhere, a plastic coyote rides a miniature roller coaster in constant pursuit of a stuffed rabbit, and a pair of cartoonish legs rise out of Lake Ontario. The festival’s playful programming, which includes more than 60 installations, is the brainchild of Art Spin. The Toronto collective typically works with local artists to transform disused, off-the-beaten-path venues for one-night-only installations that participants tour on bike. After getting permission to use Ontario Place as a destination on one of their rides last summer, co-curators Layne Hinton and Rui Pimenta began to dream up a larger initiative that would take full advantage of the underutilized complex. (While the park has long been slated for redevelopment, little progress has been made so far.)

The fest’s cheekily curated mix of artwork is complemented at In/Future by an outdoor concert series put on by Small World Music Canada. Meanwhile, Ontario Place’s crowning jewel, the Cinesphere – a geodesic dome that houses the world’s first permanent IMAX theatre – plays host each night to a selection of short films that includes North of Superior, a tour of the Northern Ontario landscape that premiered at Ontario Place in 1971 as the very first official IMAX film.