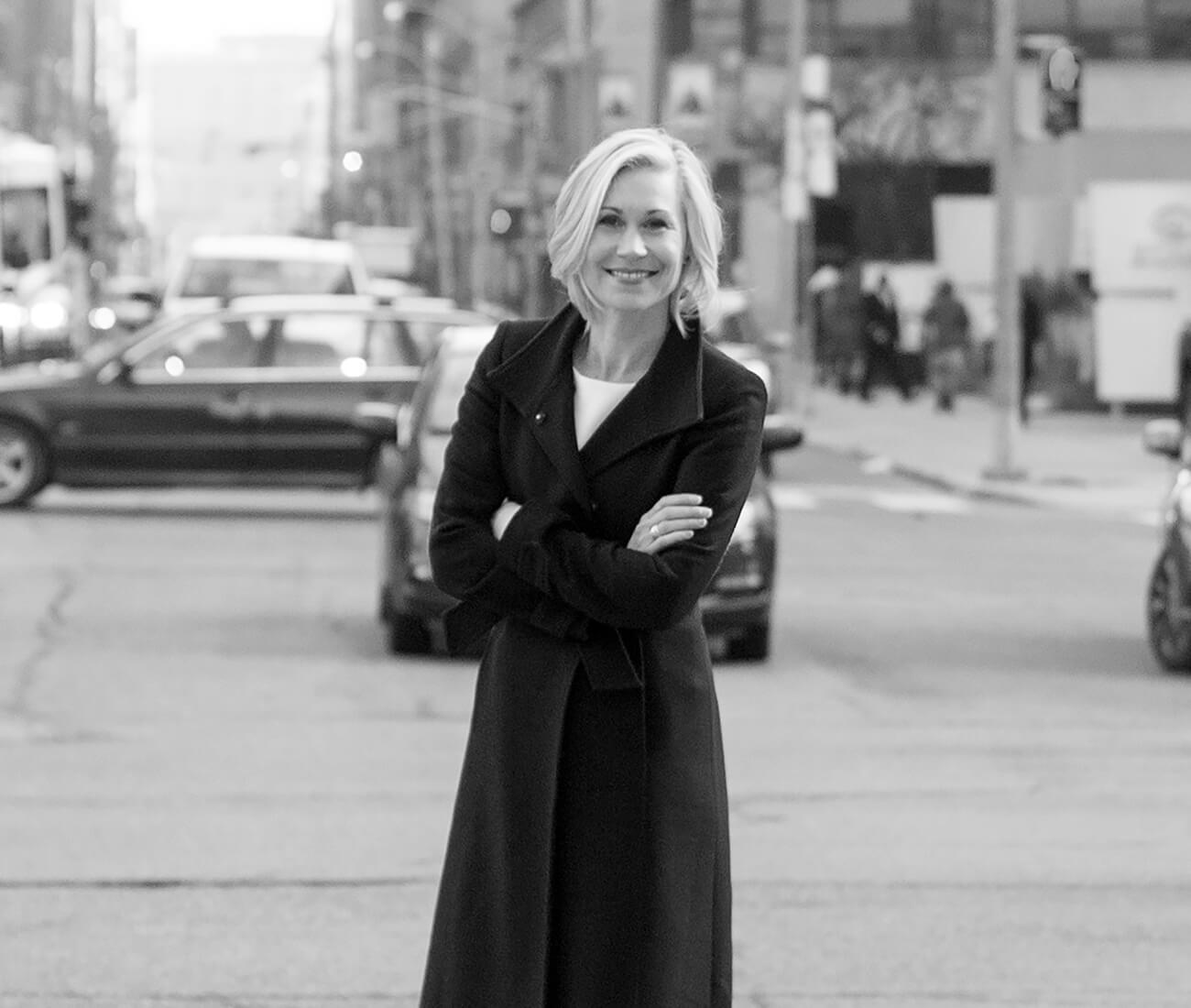 Past the construction cranes and concrete pours that define Toronto’s skyline, a new chapter in Toronto’s urban evolution is quietly unfolding in North York. Dubbed Tyndale Green, the upcoming mixed income, pedestrian-oriented rental community is the inaugural project for Markee Developments, a company founded by Jennifer Keesmaat and former Shiplake Properties CEO Jason Marks. Designlines recently caught up with Keesmaat to chat about her newest project, building affordable communities and the process of rethinking housing.

This conversation has been edited for length and clarity.

Designlines: What motivated Jennifer Keesmaat to become a developer?

Jennifer Keesmaat: I think it’s in my DNA. I’ve always loved to take things from the big picture to the very endpoint, and that’s what you get to do as a developer, right? You get to take something from an idea to handing someone the keys, then see them move into a community.

One of my other big motivations was the recognition that there’s a gap in how we’re delivering housing in Canada, and that it’s possible to design, build and deliver housing in a way that’s driven by inclusion and the broader public interest. It’s those dual motivations that drew me into this space. Creating this company is a way to fill that gap.

DL: For all the new homes being built, Toronto is a deeply unaffordable city. The cost of development – from land to labour and construction materials – are continuing to rise while housing becomes more deeply enmeshed with finance and investment as an asset class. So how does the business model make affordable housing work?

JK: With Markee, we’ve created a model that delivers housing affordability through the avoidance and reduction of certain costs – namely land costs – by partnering with landowners that have an interest in building affordable housing. If we don’t have a like-minded partner, the model doesn’t work. But the good news is, there’s a tremendous number of potential partners who fit this category, including the City of Toronto itself. We’re a suburban city; we’ve got a tremendous number of single-storey libraries and low-rise recreation centres with massive parking lots. Why wouldn’t we put that parking below grade and reduce it – in most instances, we’ve actually overbuilt parking – and then build taller structures on those sites? We avoid the cost of the land in order to deliver the affordable housing.

When you look at the land that’s owned by a government agency, whether it’s Infrastructure Ontario, Metrolinx, the provincial government, the City of Toronto or Toronto Hydro, it adds up to a lot of land, so there’s a significant opportunity for integrating affordable housing into the fabric of the city.

DL: You’ve partnered with Tyndale University for Markee’s inaugural development, Tyndale Green. How did that partnership come together?

JK: Tyndale University is a private land holder with 28 acres of rolling land adjacent to a ravine, but they’re not interested in using it to generate profit; they see it as a way to deliver a public good. The university also has an institution they’ll continue to use, and both will be fundamental to the character of the site. Tyndale’s broader community is passionate about affordable housing and this idea of creating a community hub, so it’s kind of a perfect marriage.

The site isn’t entirely suburban or wholly urban. You’ll have access to great green spaces, but will also be able to walk to a cafe, walk your children to daycare and walk to a community facility. Sixty per cent of the site is ravine land that’s connected all the way to the Don Valley, and by the time it’s complete, you’ll be able to bike all the way to the West Don Lands and further down to to Villiers Island and the Port Lands. You’ll be connected into this incredible network with links to so much of the city.

DL: Tyndale Green is a rental community in an increasingly condo-oriented city. How does that shape your business model?

JK: Condo developers are in and out. They build a product, put it up for sale and then walk away. As a rental developer, our financial incentive is different. Because we intend to own the homes over a very long period of time, we have a vested interest in putting in geothermal energy and investing in materials that have longevity. Internationally, you see high-quality rental communities, and together with lead designers KPMB Architects, we want to bring that kind of thinking here. Markee is not going to create this community and then walk away from it. Our sustainability agenda is in some ways self-serving: it’s good business.

DL: The Tyndale Green project integrates the university’s existing buildings — completed in 1960 by the firm Marani, Rounthwaite & Dick — and introduces a new mixed-income residential community, with a design team led by KPMB’s Shirley Blumberg. There’s an obvious level of architectural ambition that we don’t typically see in Toronto housing, and a different type of design language. How did you arrive at that?

JK: Over the course of the past 20 years, I’ve had the great honour of being able to travel to communities all over the world, and I’ve frequently been able to get a behind-the-scenes look at how affordable housing is provided. Whether it’s Sydney or Vienna, I’ve seen best practices on an international scale for affordable housing, and I will tell you that there isn’t anyone I know who would look at these communities and not want to live in them. Often, what’s being delivered in  these affordable communities is of an even higher design quality than what the private sector is doing in Canada.

I kept asking the question: what if did that here? What if we didn’t say, ‘well, if you get affordability, then you get poor material quality,’ or, ‘If you get affordability, then you get poor sites that are not a part of complete communities.’ What if we said, ‘We’re going to create affordable and completely inclusive communities, and they’re going to be driven by design experts, and they’re going to be sustainable, and the affordable elements of those communities will stay affordable in perpetuity’? What if we took all of our highest aspirations for city building and brought them into the discourse around affordable housing? That’s what we’re trying to do.