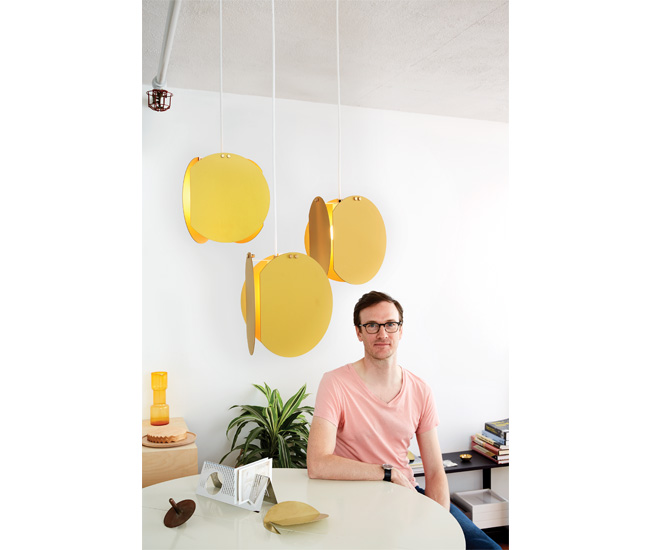 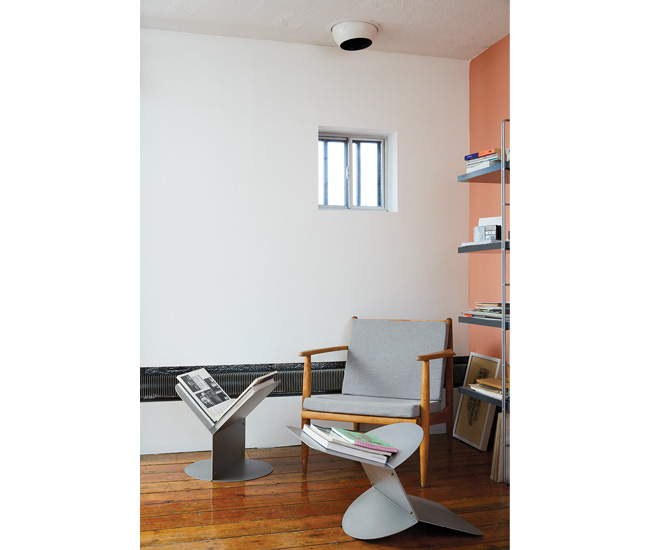 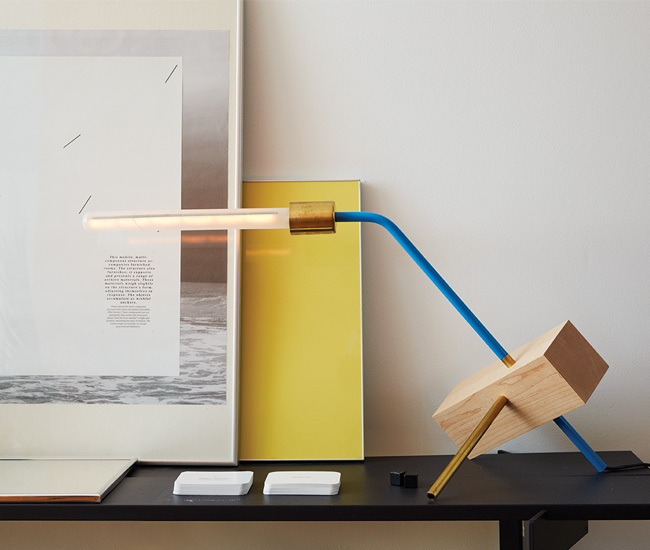 Shane Krepakevich gestures to a table lamp in his living room, a smooth block of maple speared by two delicate metal rods. “I like creating objects with asymmetry, but I always try to create a balanced final form,” he says.

The studio, hidden down a laneway in Little Portugal, is an archive of the maker’s history in art and design. On the bookshelf, a stainless-steel prismatic desktop organizer occupies space as both a sculpture and design object. Commissioned for the 2016 Youth exhibition at Souvenir Studios, the Brockton Village design boutique, the eye-catching piece was inspired by a 1980s desk accessory from his dad’s office that had captivated him as a kid. Meanwhile, his trademark Cut Pendant glows above the dining table, casting moody amber light around the room.

Founder of the Toronto design studio Mercury Bureau, Krepakevich worked as a sculptor for a decade before turning his focus to design while completing his MFA. Post-grad, Montreal lighting studio Lambert et Fils snatched up the burgeoning creative. There, he often lingered long after work hours to experiment with the discarded metals. In no time, Krepakevich was hooked. Come 2014, he relocated to Toronto and started producing his own designs, drawing on his experience as a fabricator to blueprint pieces that could be manufactured right in the city.

Enter Mercury Bureau’s 2016 lighting collection, which included the acid-etched aluminum black pendants that swept the Interior Design Show last year. Despite their streamlined aesthetic, Krepakevich wanted to intensify the stark simplicity of his designs, so he’s been channelling his dialogue with metal into a collection of tabletop accessories. His 2016 Prop Dish, an uber-stylized catch-all dish, is an optical illusion of balance and weight. The cut and bent brass circle is supported by a barely there foot of the same material. Smooth-sanded with a wax finish, the sculptural piece is designed to elegantly patina over time.

As for his attention to the spherical, Krepakevich acknowledges his particular obsession with circles, noting influences from architect Louis Kahn and sculptor Ellsworth Kelly. “I’m drawn to simple geometry, especially when it’s used in an incredibly direct and powerful way.”