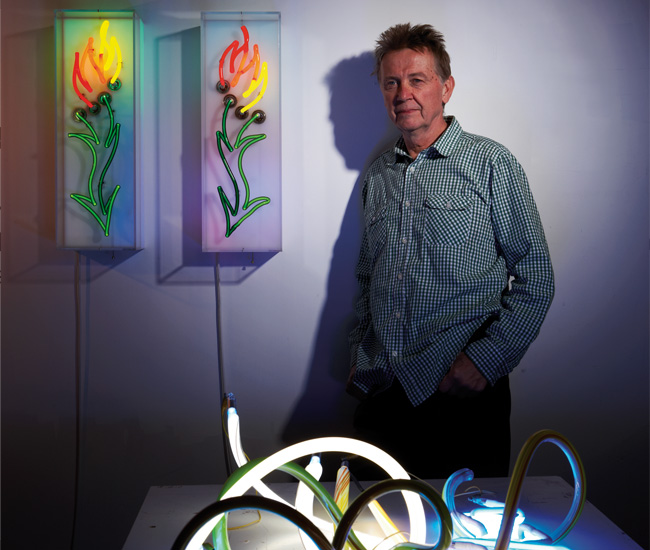 Orest Tataryn found his calling in a former life. In 1985, fighting a three-alarm blaze at a Bay and Bloor diner, he was transfixed by a neon beer sign melting on a wall. Today, the former fire captain sculpts neon tubes into art pieces shown at local galleries, and customized for clients as big as cineplex odeon. Working in a converted garage in Roncesvalles, his process is finicky and laborious. With a ribbon burner, he heats handcrafted glass to the melting point, meticulously shapes it and pumps red neon and blue argon gas inside. Once cooled, the gas hues meld with those of the tubes to create colourful strips of glowing light. Inspired by a technique “where you have no second chance,” Tataryn first sketches his designs but also loves to create in the moment. His spontaneity is evident in sailor Jerry-esque flowers, enclosed in acrylic cubes, and with his current preoccupation: inverting signatures and brand logos to radiant, Islamic-script effect. oresttataryn.com 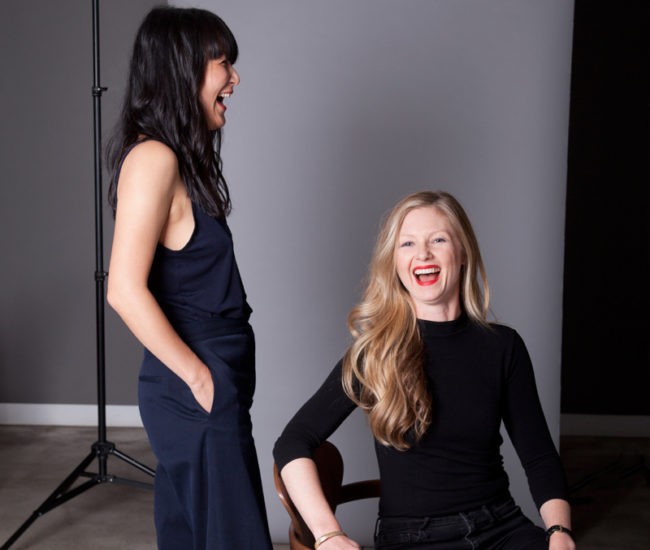