On Wonder Inc.‘s website, the first thing visitors encounter is a quote by Rem Koolhaas: “People can inhabit anything.” It’s a sentiment that the Toronto interdisciplinary studio, known for its explorative takes on modular housing, take dead seriously. Led by Jason Halter, Wonder Inc. has experience designing container structures in China, the U.S. and Canada, which is why it was hand-selected to built Redhouse, the first shipping container home dropped, installed and built in Hamilton, Ont. And it only took a single June day to erect. 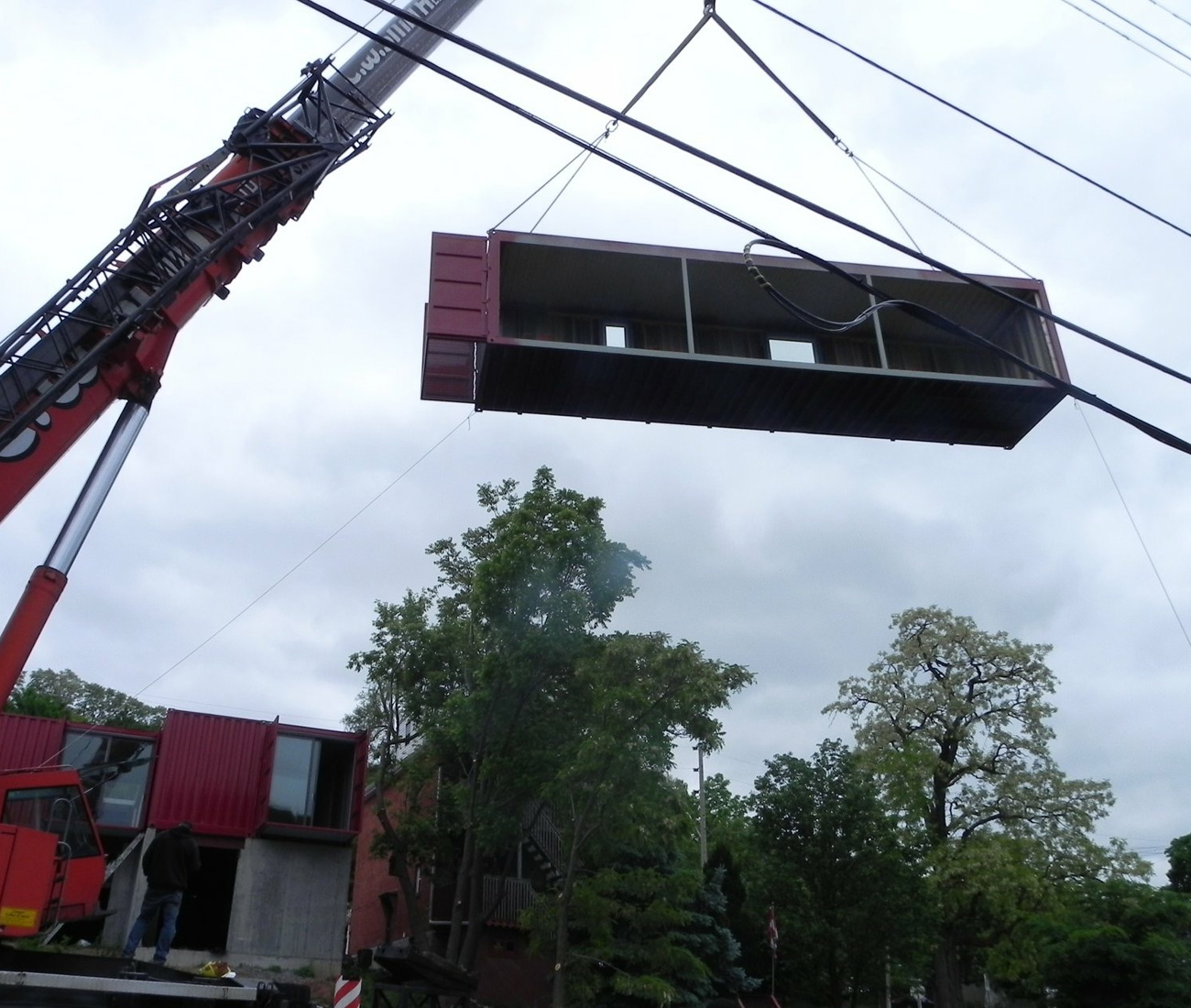 More on that in a moment. Commissioned by a local entrepreneur with an NGO background – who connected with Wonder Inc. over the firm’s work designing shipping container houses for post-Katrina New Orleans – Redhouse was imagined as a single-family home that could, if circumstances called for it, be cleaved into two townhomes. The client wanted space to live, but also hoped to house refugees, new Canadians and friends from abroad. “The single-family dwelling is intended to be a single-family dwelling,” says Wonder Inc.’s Jason Halter, “only I think the client intends to redefine what ‘family’ might mean in this context.”

After securing a building permit on a double-wide lot – one that had sat vacant for 50 years – Wonder Inc. designed an eight-container, three-storey residence resting on a 1,280-square-foot concrete base. “Our task was to rationalize what [the client] wanted, to orient the containers in such a way as to give separation for the individual bedrooms and to provide a massing that would be simple, and to potentially fit into the neighbourhood some way,” says Halter. And it’s the firm’s biggest container build to date. 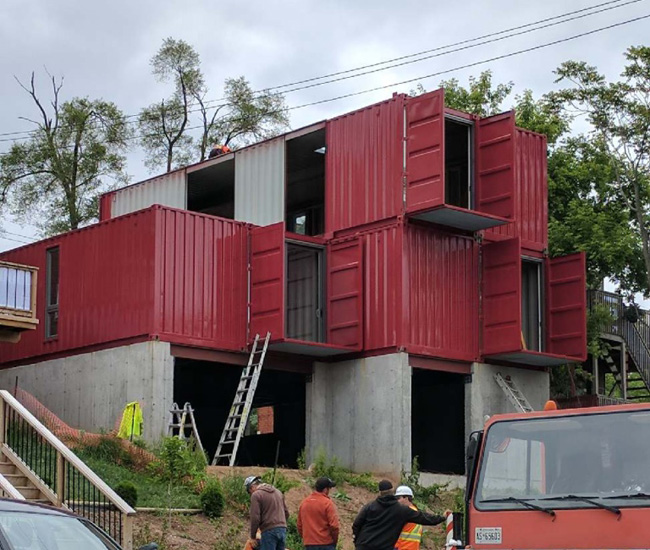 Consisting of an octet of 8-by-40-foot modified high-cube containers custom-fastened to a foundation, the building is painted in red polyurethane paint – a deliberate nod to the neighbourhood’s brick homes. Halter says the 2,560-square-foot structure will feature between four and six rooms; its ground floor will feature the kitchen – with an upcycled German system and refurbished radiators providing heat supplemented by a wood stove – as well as a living space, bathrooms, mechanical areas and storage, while the upper floor will house a master suite, additional bedrooms and a bathroom. Each bedroom features operable windows and balconies made from the shipping containers’ barn doors, fastened with steel grafting. The roof will be topped with photovoltaic panels, and the excess energy they generate will be fed back to the grid.

Though its layout will be flexible, its design was kept deliberately simple, embodying Wonder Inc.’s self-described lunch-bucket aesthetic. “Uncomplicated, systems-based, and resilient is how we would like to be seen,” says Halter. “God may be in the details, but mother nature is in the materials, and we love raw steel, Douglas fir plywood, solid woods and plain stone finishes. The ambition was to use a highly restrictive material palette: I had proposed fewer than five materials throughout.” 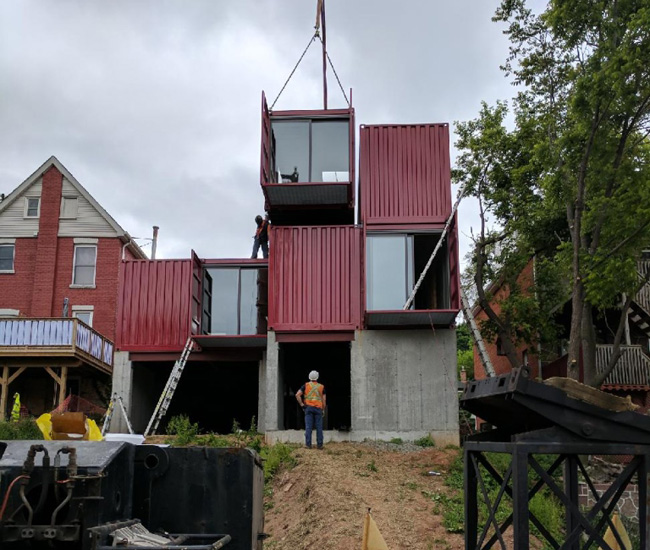 Wonder Inc. and its building partner, StorStac, opted for a single-day installation. The measured steel work and levelling was prepared ahead of time, and after the units were delivered, a 200-tonne crane was used to stack the containers.

Welding, building envelope modifications and structural reinforcement were all completed in a slim eight hours. Which isn’t to say that the overall build is complete: some of the containers had interior finishing and glazing prearranged, though the final touches – as well as electricity, cladding and insulation, among others – will be completed by the owner.  “It’s a little bit of an epic task to try and do it without the experience of a contractor, but that’s also the magic of this build,” says Halter. “You just don’t know how it might get completed. As a designer, I kind of like that challenge to see how the building will turn out.”

To some of my architect friends, this is apocryphal, but to me, I welcome the chaos.” – Wonder Inc. partner Jason Halter 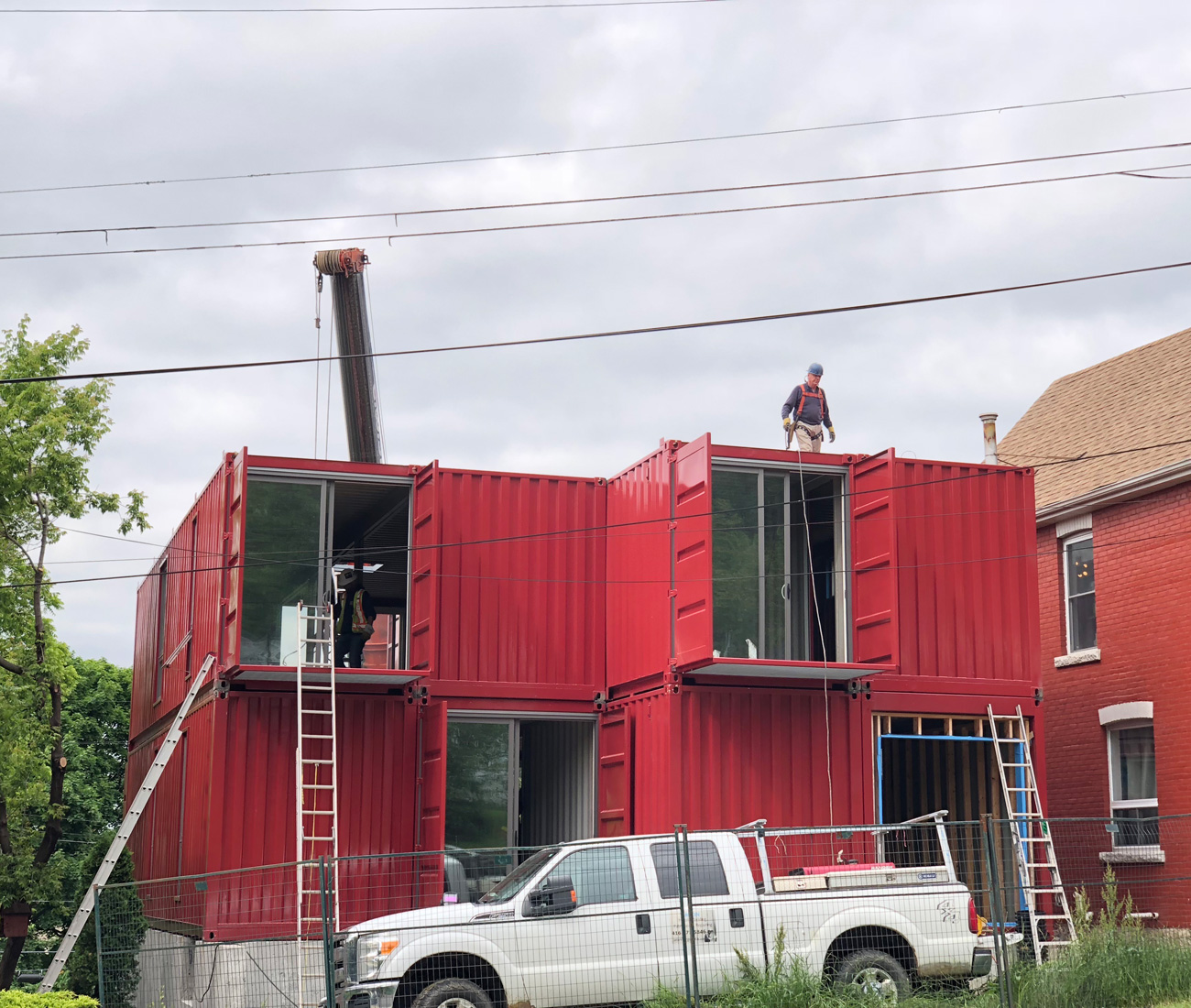 Indeed, the building’s final incarnation is out of Wonder Inc.’s hands. But that’s the beauty of the shipping container: it’s a blank canvas. Since its proliferation in the mid-20th century, the shipping container been always held the imagination of experimental designers, and Halter – along with architects like Wes Jones – have built careers with them.

They’re a format Halter believes can offer flexible, durable and cost-efficient housing solutions across the country – including the north. “In my mind, modified containers and hybrid versions we’ve designed and built are a super-efficient solution for housing challenges that require mid to long distance truck freight handling,” he says. “The built-in logistic component of the shipping container and their robust frame and overall resilient integral skins are tremendous assets for many areas of geographically and geologically diverse regions of Canada.”

Read about Pilot Coffee’s coffee-shop-in-a-container that dropped in Prince Edward County for the summer. 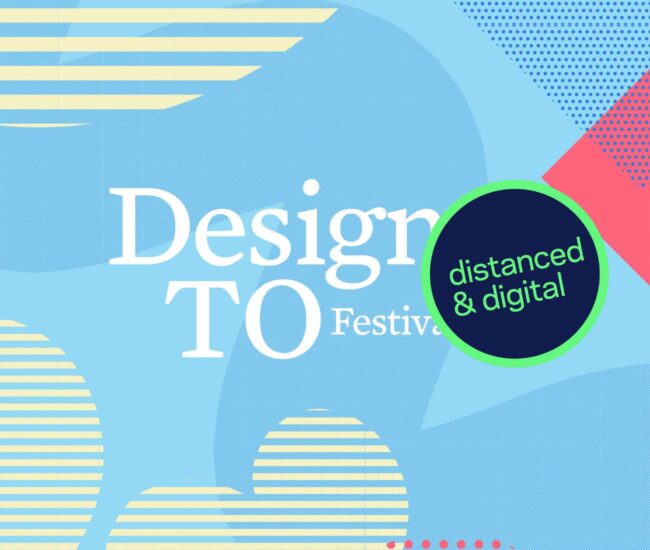 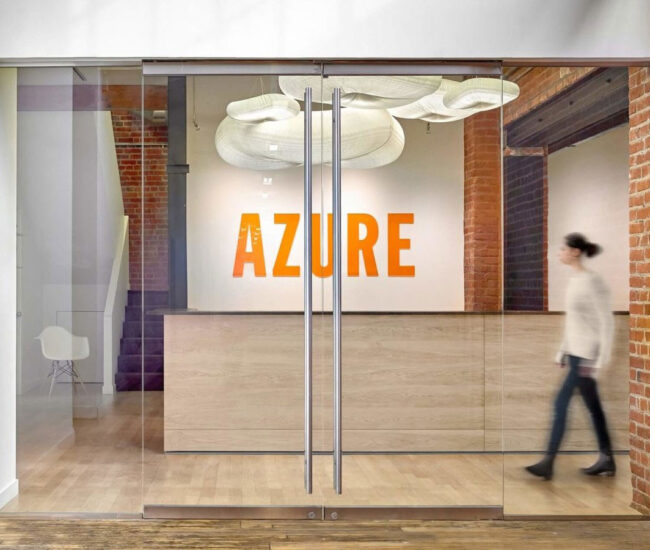