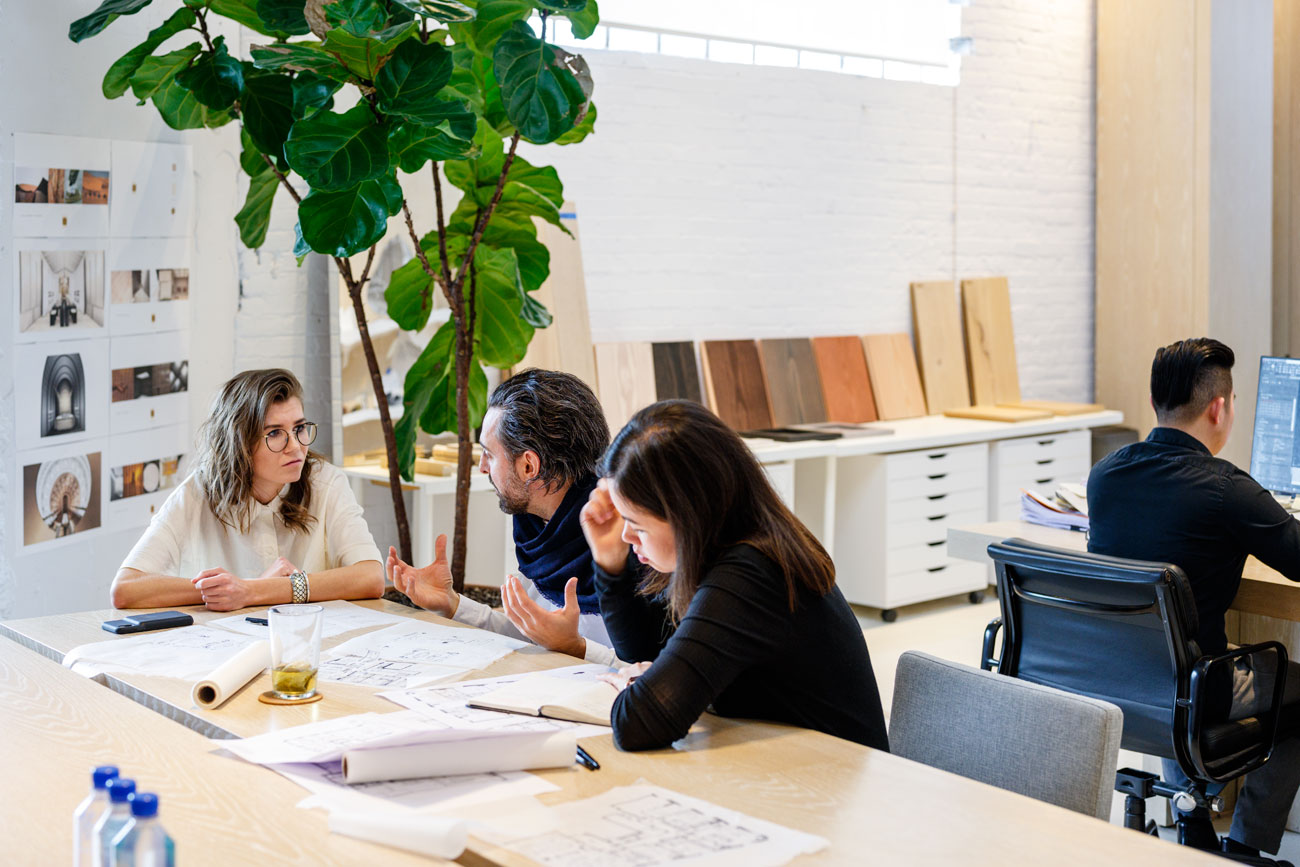 At the foot of Liberty Village, a towering wooden door stands mysteriously among the crumbling, graffitied walls of an alleyway. Once, it led to a secret sex club overlooking the Gardiner — before that, a foundry and warehouse for the Canada Metal Company. Those pasts are a far cry from the elegances that now live within. Today, the door opens to the transformative studio of Studio Paolo Ferrari. 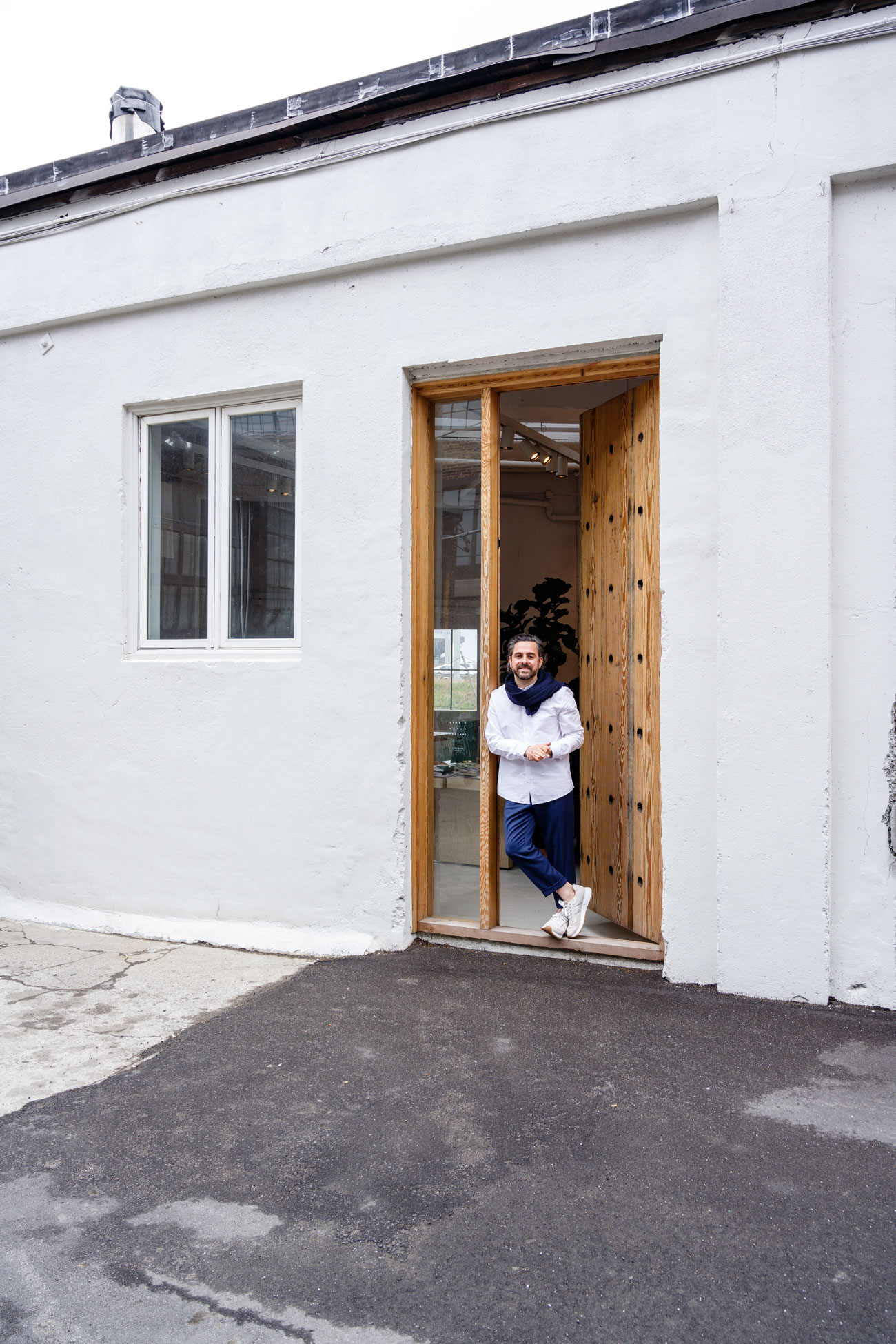 Although only three years into his own practice, the interiors and furniture designer can hardly be labelled a novice. He reigned as design director at the risk-taking firm Yabu Pushelberg for six years before breaking out on his own, citing a desire to harness the unique possibilities of being a globally minded designer in a city like Toronto.

True to plan, his inaugural projects have taken him around the world. For a subterranean speakeasy in Dubai with fingerprint access, Ferrari devised an interior straight out of a dystopian film about the future’s elite — complete with a covetous classical aesthetic and a bathroom that uses bronze tinted glass to travel into infinity. 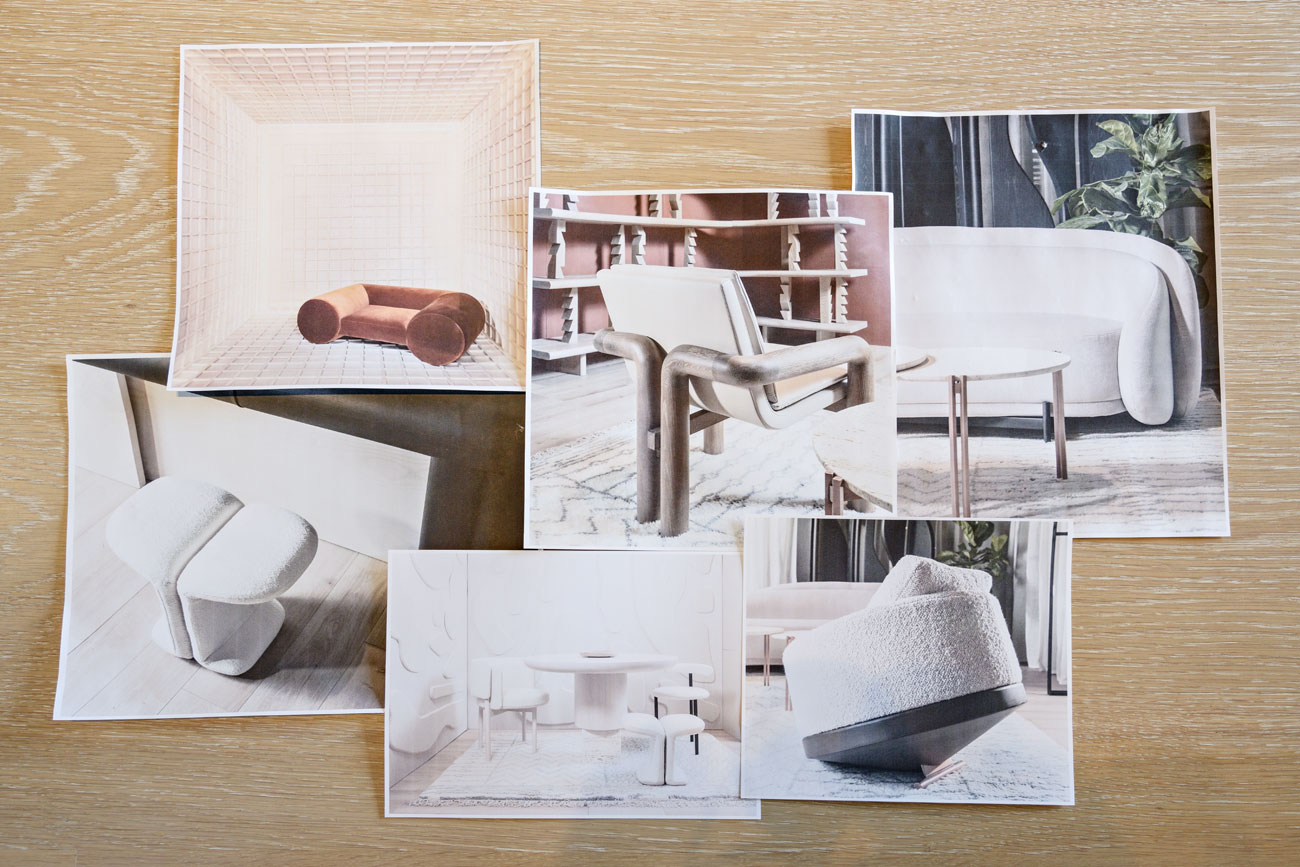 Ferrari references Stanley Kubrick’s 2001: A Space Odyssey as one inspiration for the otherworldly interior, noting that he also loves Fellini and Godard. “These filmmakers created iconic moments that you can’t really inhabit, but you can experience. I’m saying, let’s inhabit them now, in our own way.” 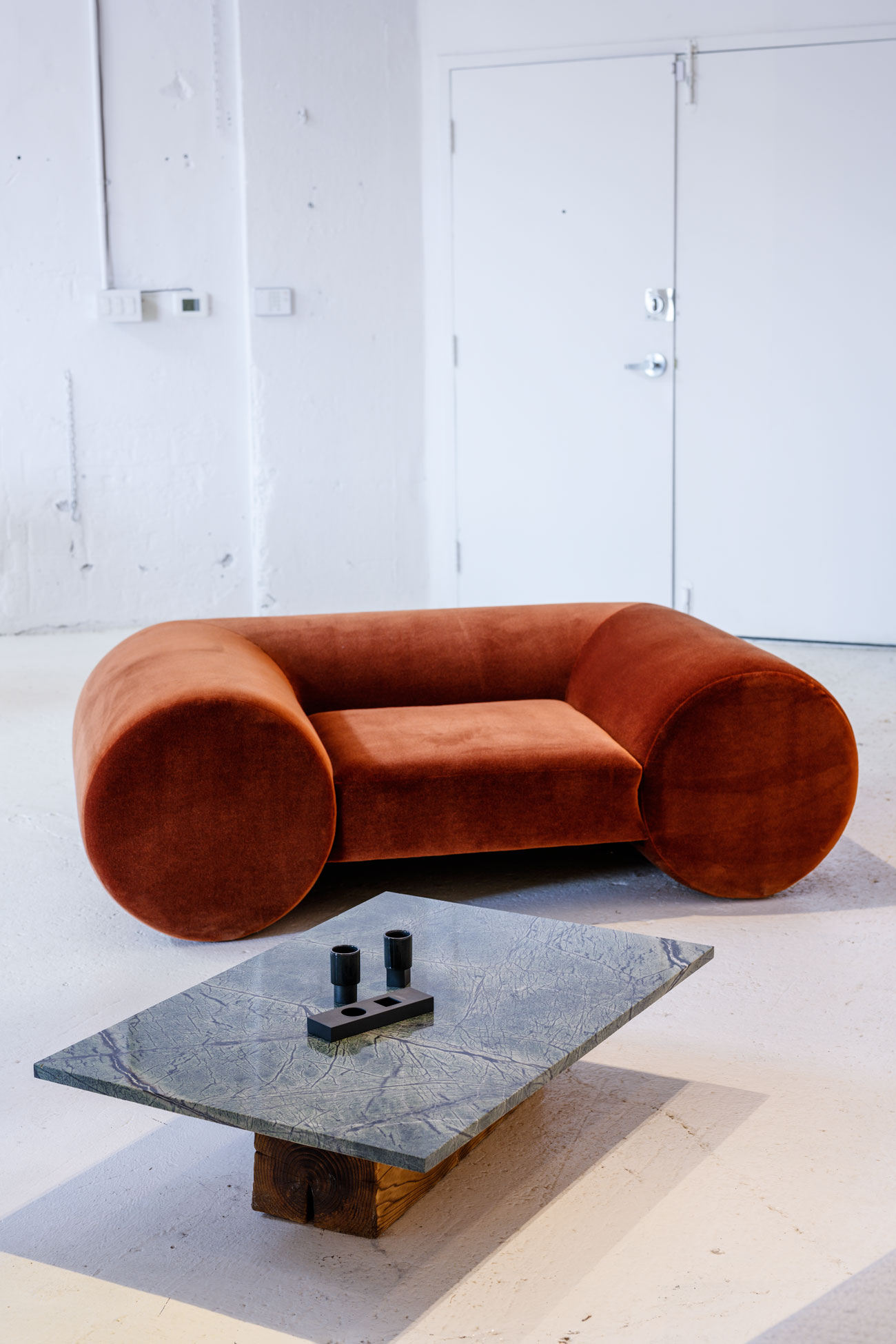 Outfitting the space is seating from Ferrari’s furniture series, Editions. His third collection — made by hand in Toronto — was released in 2019 to international fanfare, featuring a mohair sofa-chair that can seat up to 10 on its extra-low arms and backrest, and an off-balance lounger with an extraordinary sculptural profile.

Perhaps not what you’d expect from a Toronto-born OCAD U alum who came up in the brick-and-beam resurgence of the early aughts. “There are certain parts of the world that have a heavy [design] history, like an Italian designer born in Milan, or a French designer born in Paris,” Ferrari says. “That baggage is pretty heavy. In Canada, there’s a cultural ambiguity — there’s kind of no expectations.” 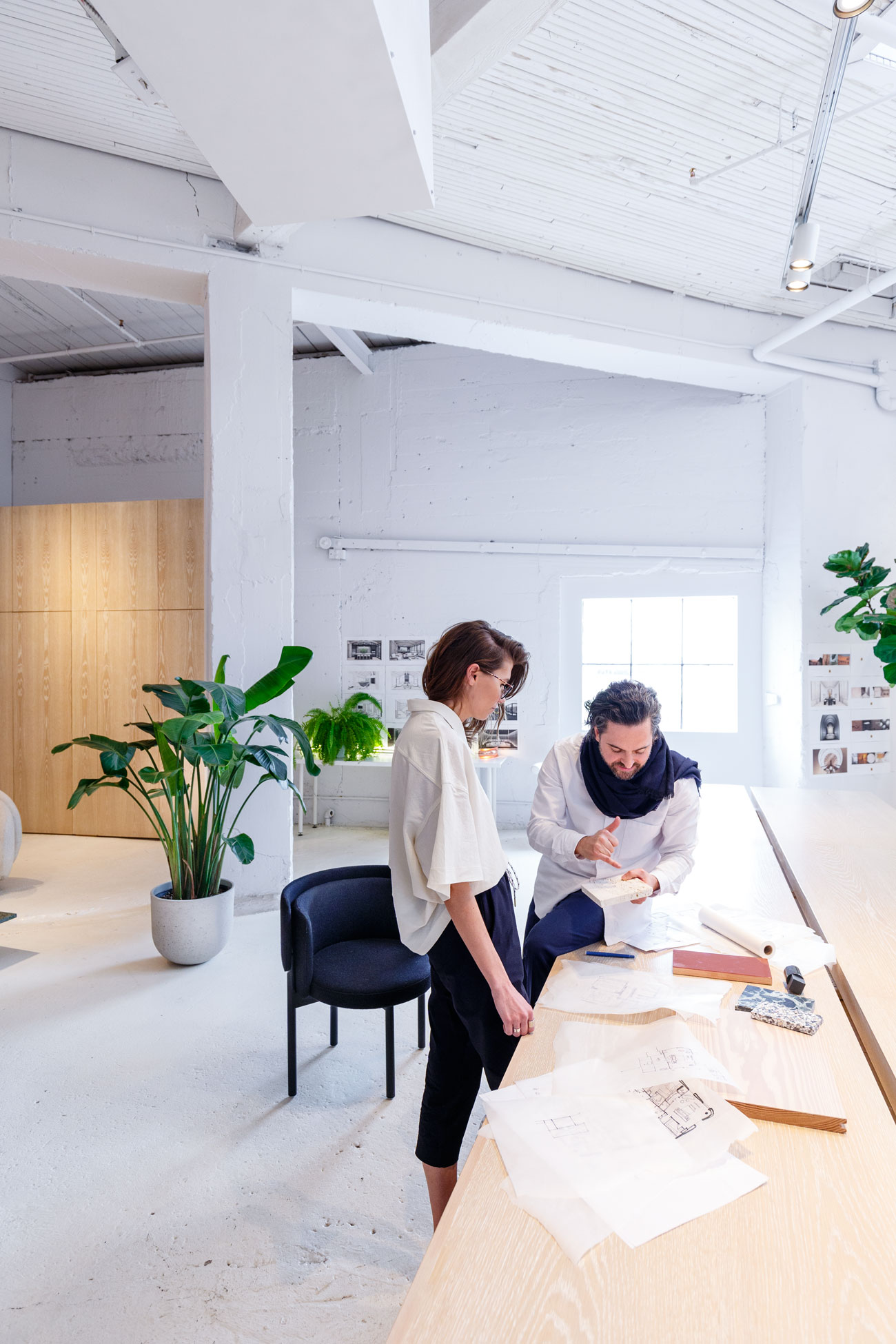 If that’s true, Canada’s undogmatic order clearly works for the imaginative designer. In the next three years, he’ll participate in some of the country’s most important developments. In the Ottawa area, he’s rethought the sales centre of Canada’s first One Planet Community into Zibi House, an immersive site filled with experience rooms that celebrate the indigenous roots and biodiversity of the area. In the coming year, he’ll reimagine the lobbies of seven forgotten office towers across downtown Toronto, including a modernist gem by Peter Dickinson. Perhaps most auspiciously, he’s been named the interior design consultant of the 81-storey Frank Gehry tower set to rise at King and Duncan streets in 2022. 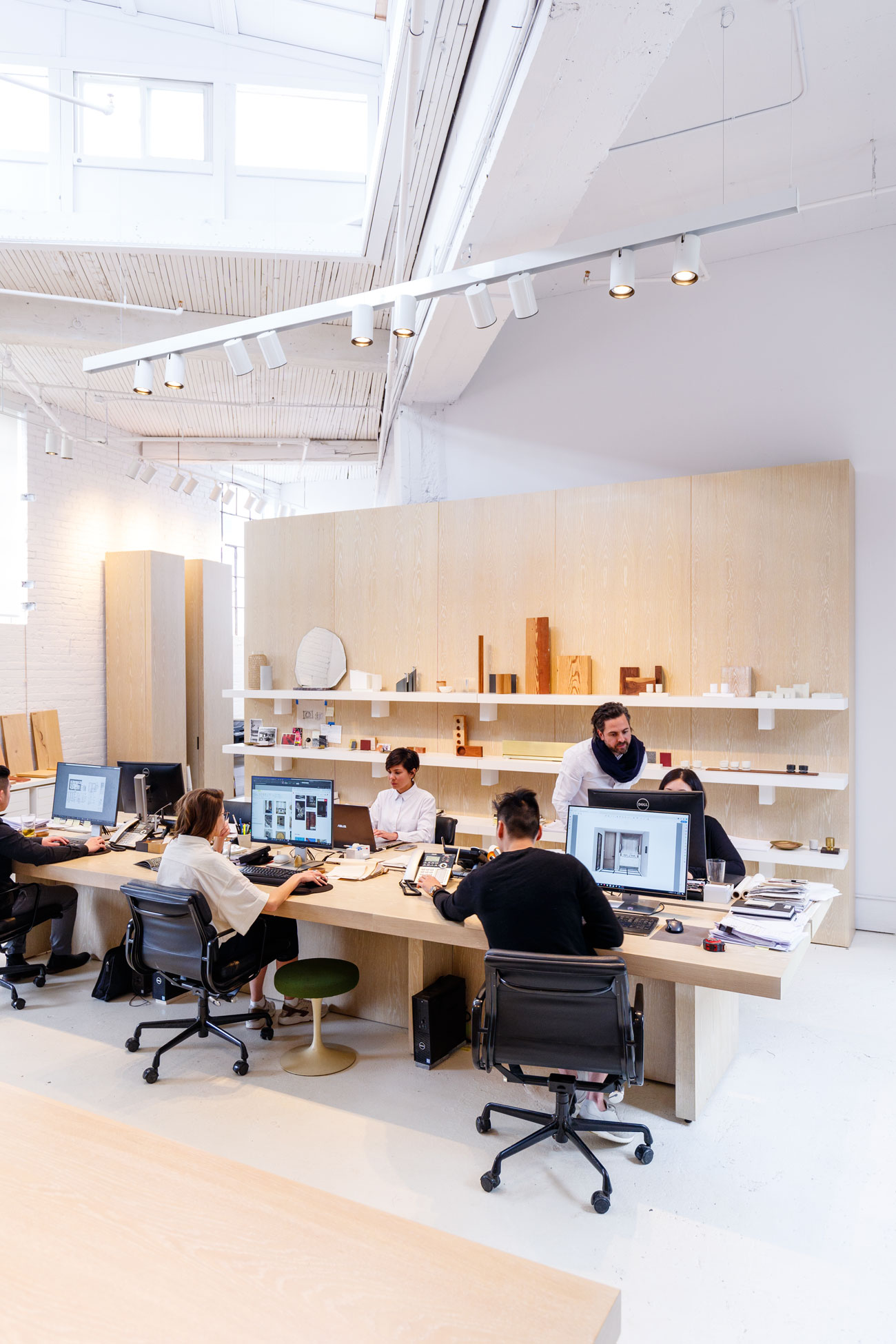 The logistics won’t be a problem. Studio Paolo Ferrari’s portfolio boasts large-scale hotel interiors as well as two astounding residences in Muskoka. But despite all his experience, the designer says he still likes to ask the “stupid question” — that which often accompanies the innocence of pure imagination. Can a single chair seat an entire dinner party? Can a tiny washroom feel as large as the universe? “In that naivete there might be another answer no one even wants to consider,” says the designer. “To me, that’s where invention is born.” STUDIOPAOLOFERRARI.COM

Originally published in our Best New Homes & Condos 2019 issue as “The Secret World of Paolo Ferrari”.