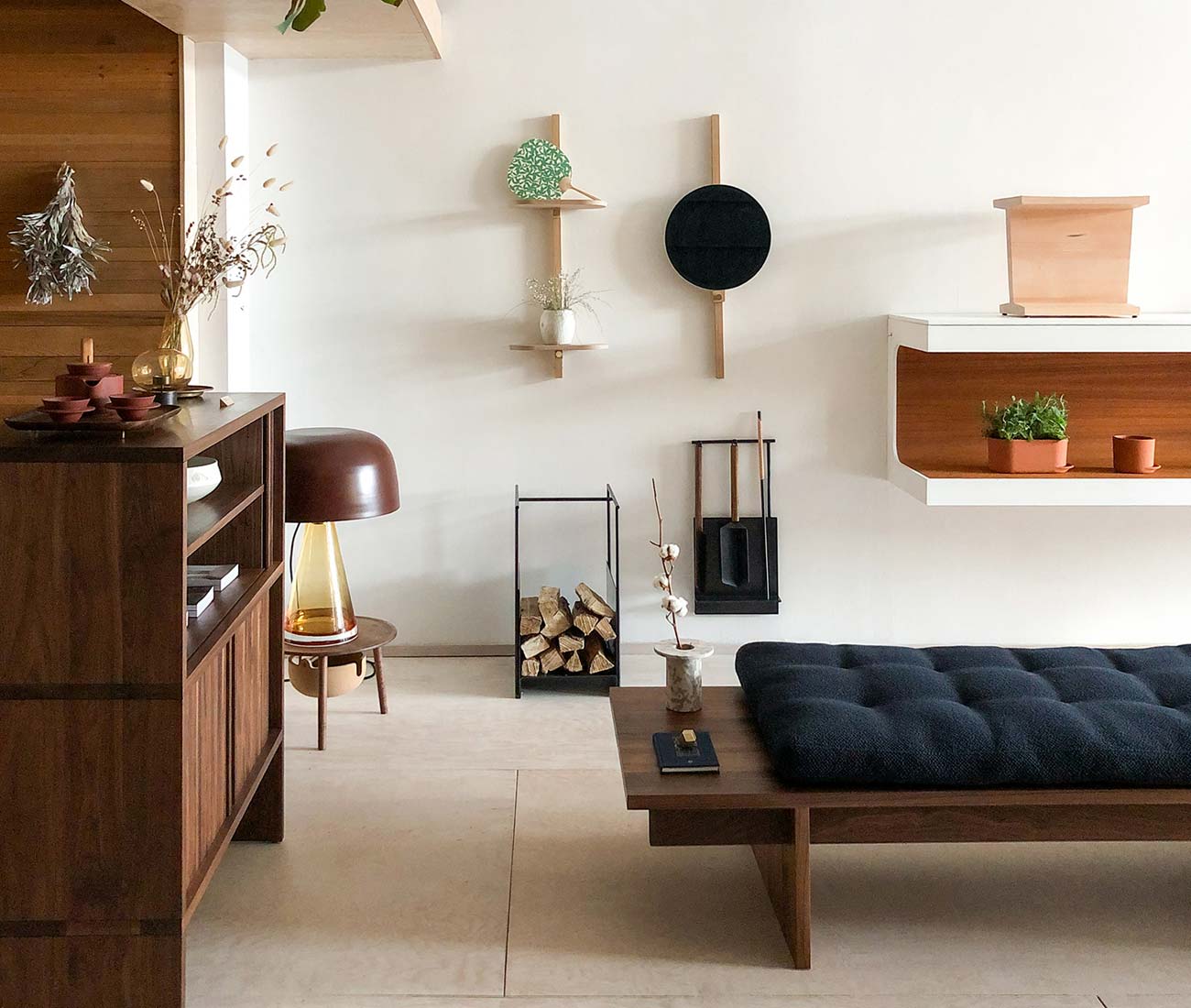 Since leaving his position as creative director of EQ3, a nine-year tenure he capped off by spearheading the design and building of the Canadian manufacturer’s New York City showroom, Thom Fougere has already had a busy schedule as an independent designer. In January, he unveiled five new products for Toronto’s Mjölk: a daybed, two tambour cabinets and two editions to his fire tools collection. The pieces speak of quality, timelessness and Canadian craftsmanship – and of an enduring friendship between the Winnipeg-based designer and the Toronto shop, which has evolved into the role of producer of unique pieces by both national and international talents. 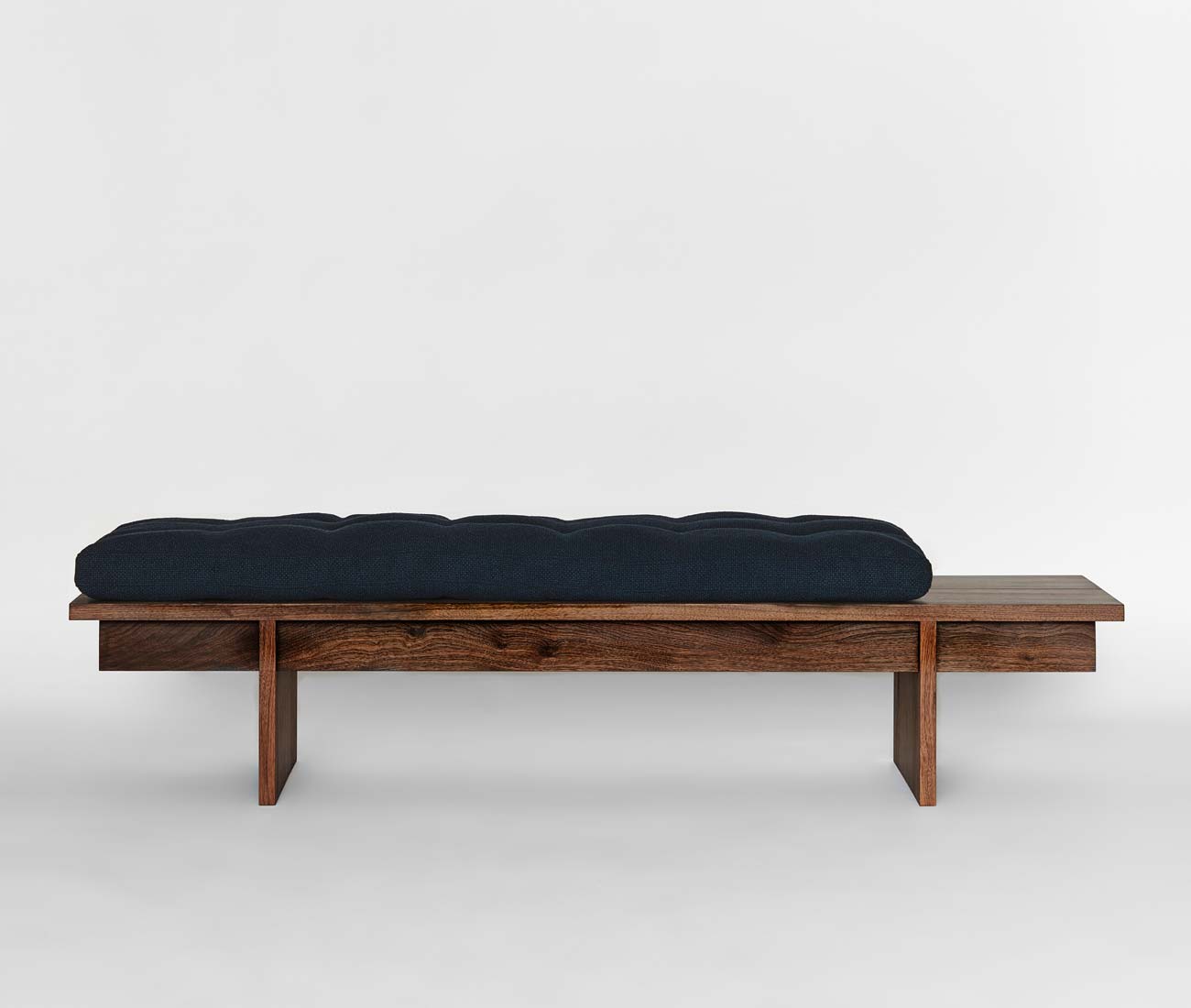 Before Mjölk founders John and Juli Baker opened the doors to their showroom in the west-end Junction neighbourhood (and before Fougere took on his role at EQ3), the three met at Toronto’s Interior Design Show and established an instant rapport. “We share the same passion and strong ideas,” says Fougere. “John and Juli have similar sensibilities – they’re after special and uniquely elevated quality.” In 2016, their friendship became professional when Fougere debuted his Fire Tools as part of Mjölks in-house Ceremony collection, which also included pieces by Claesson Koivisto Rune and Anderssen & Voll. As part of his just-released collection, Fougere has expanded the line with a firewood hutch, characterized by minimal dowels and ultra-thin panels in raw and blackened brass. 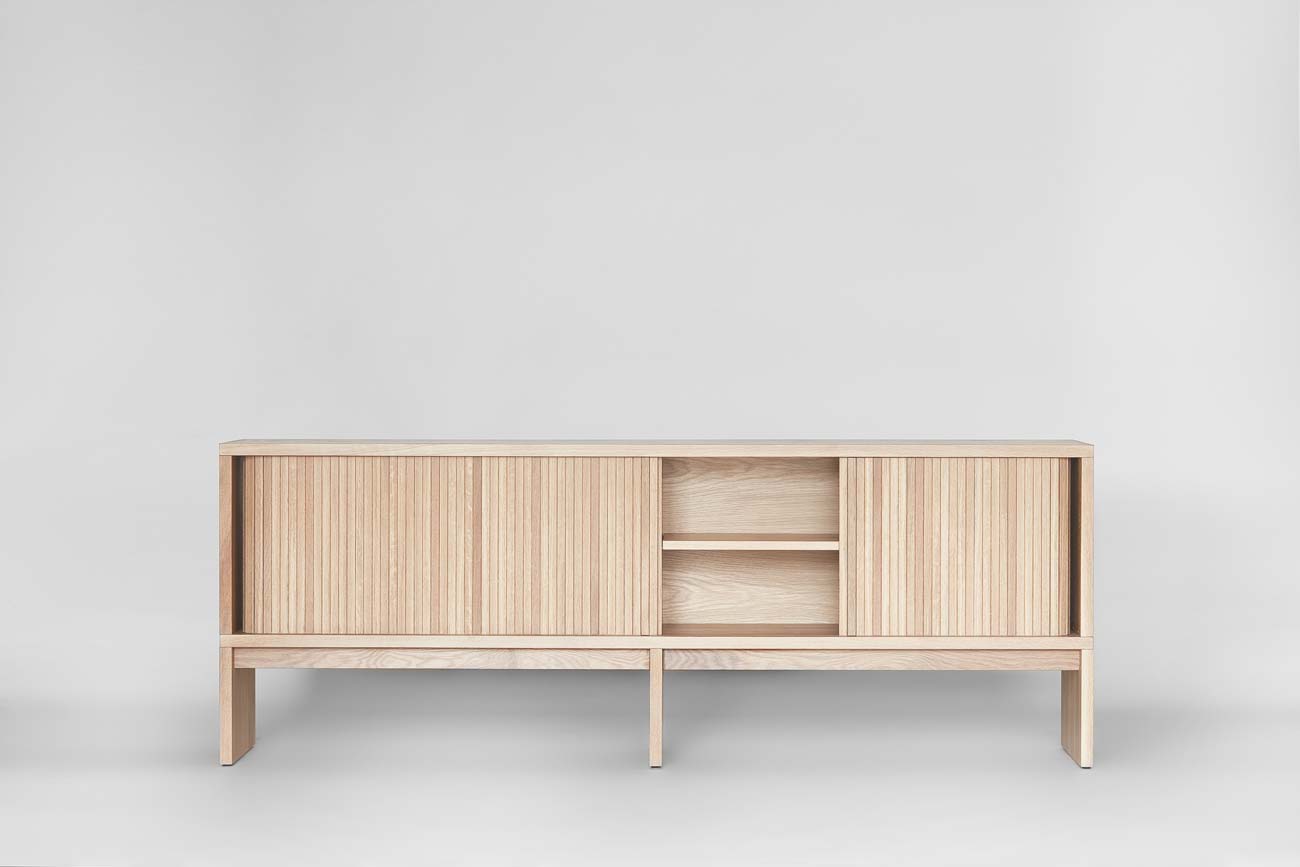 Entirely new, the daybed and tambour cabinets also celebrate honest materials: They’re solid walnut and oak, with the daybed’s down-filled cushion upholstered in either nubbly fabric or buttery leather. The cabinets harken to a more traditional aesthetic: Fougere was inspired by a beloved roll-top desk that once belonged to his grandparents. The vertical slats that run along a groove in his tambour cabinets, which come in a hutch version and a console, recall their tactility. “There’s something really satisfying about even just interacting with it,” he says. “It’s as sensorial as opening a shoji door.” 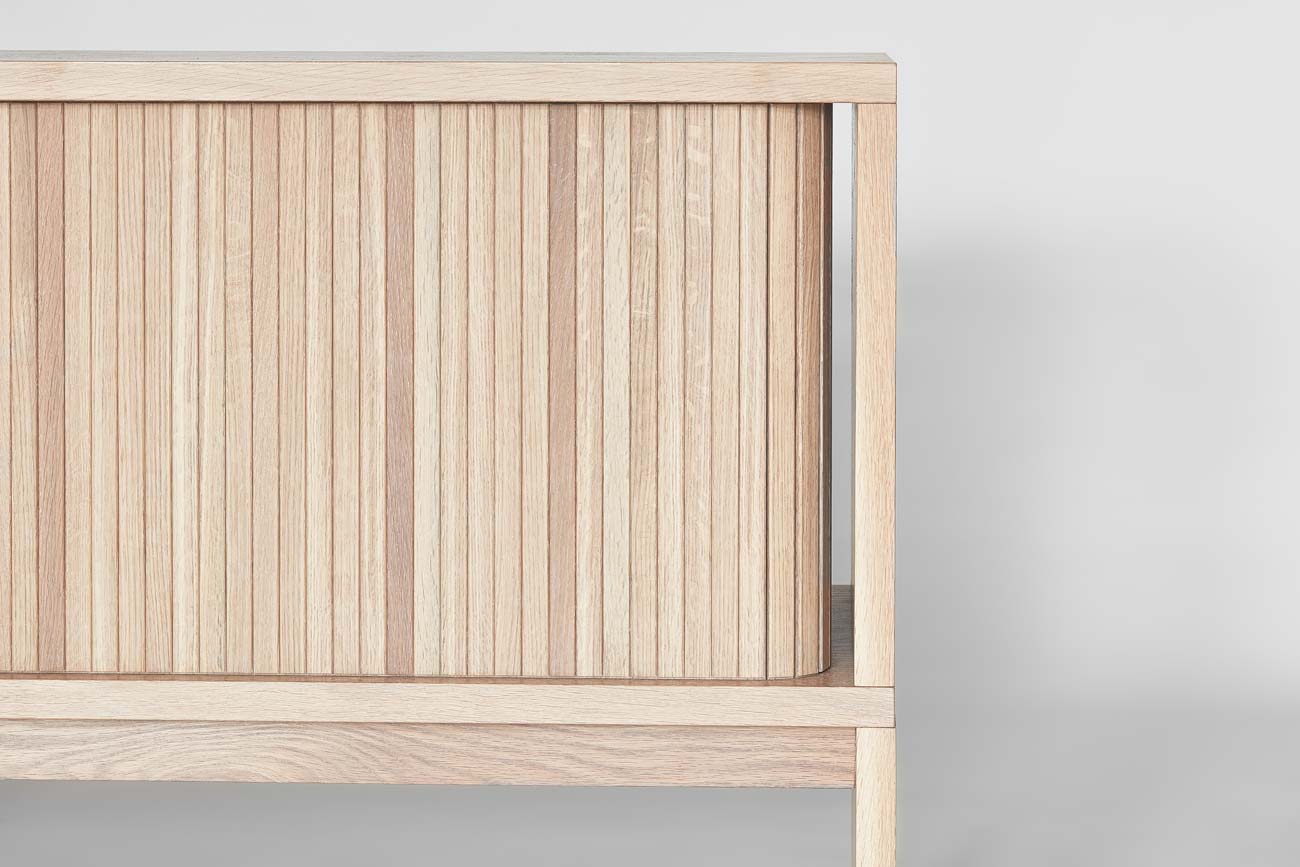 For Mjölk, which as producer facilitated the making of the pieces, the collection is a reflection of both of their aesthetics: “There’s an architectural element to everything Thom does, but there’s also an intense craft element,” John Baker says. “And that’s how we work together. Our intimacy and his architectural style create a nice dialogue.” The collection also allows the brand to provide a unique offering to its customers; while its shop has been home to some of Denmark’s biggest furniture brands, Mjölk has increasingly felt the need to create its own collection as those labels have been picked up by other retailers. 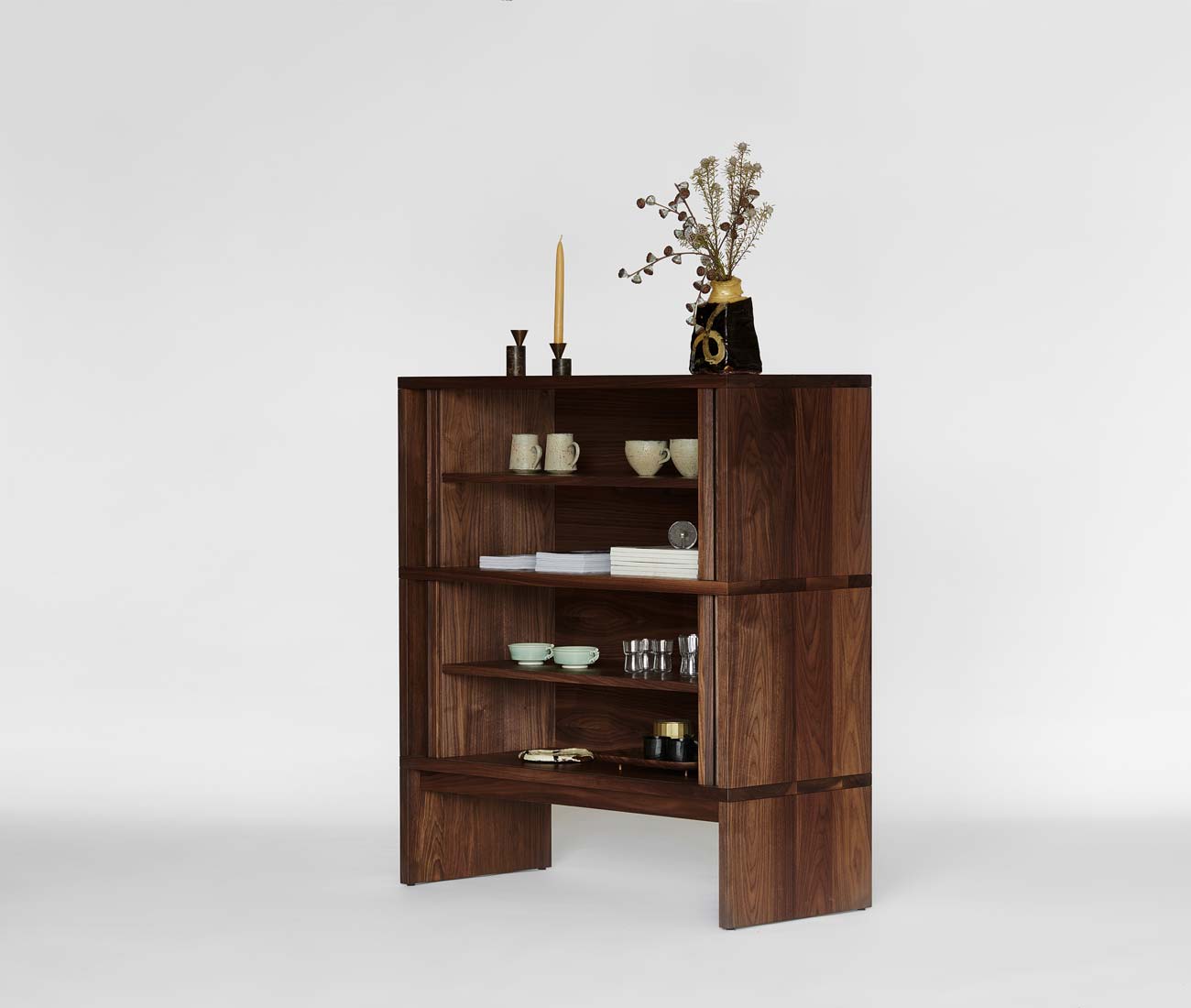 This need, however, has served them well, prompting the Bakers to harness more local talent. All of the pieces in Fougere’s line are made in Toronto by various manufacturing shops (the daybed’s cushions, crafted in Calgary, are an exception). Harnisch, whose owners hail from Denmark, makes the brass elements; now based in Etobicoke, it used to be a sub-contractor for many Danish lighting brands as well as the Danish navy. The meticulously detailed tambour cabinets, meanwhile, are made by Speke Klein, a wood-focused furniture producer boasting two decades in the business. 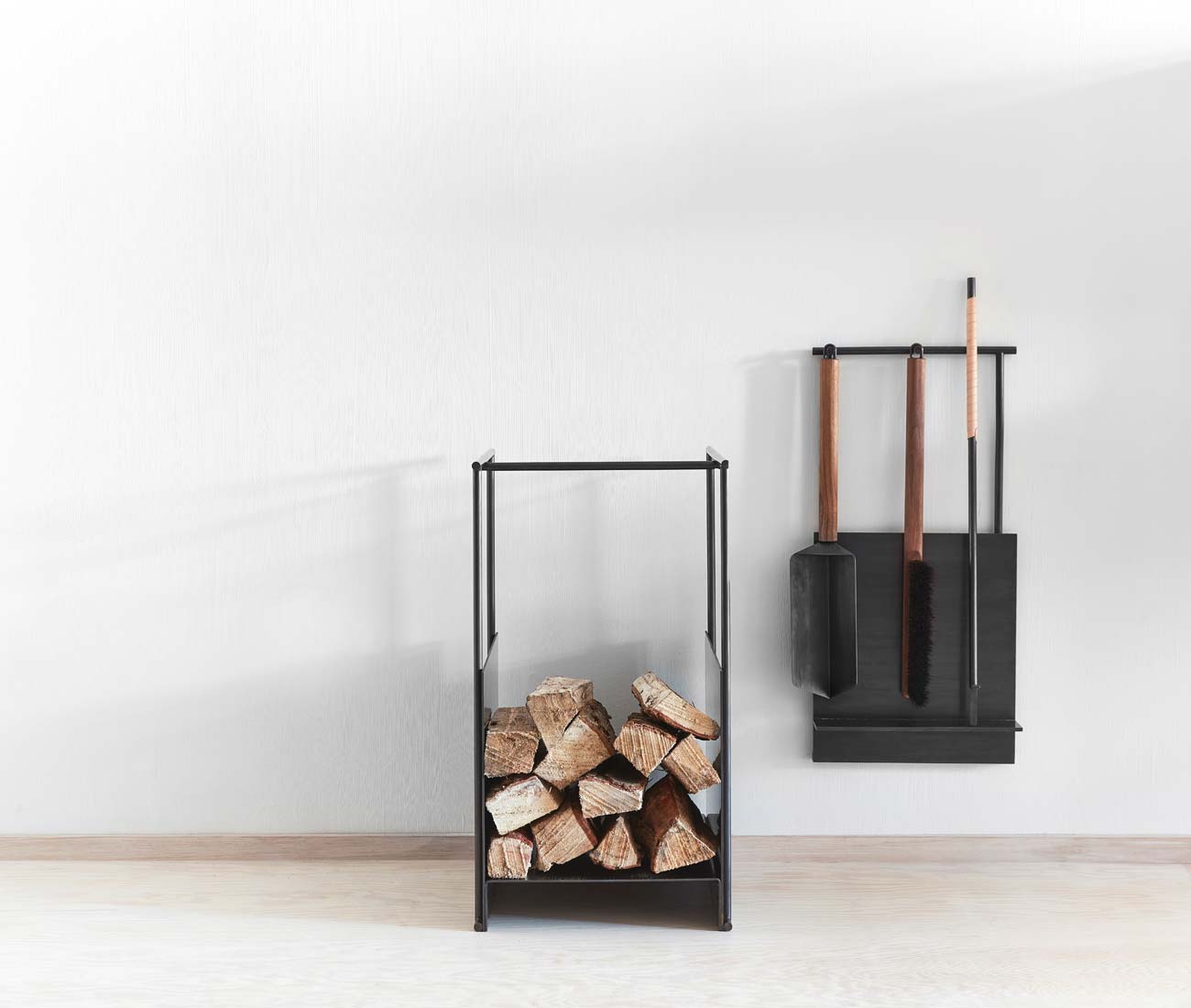 With Mjölk receiving orders from Singapore and Australia, its made-in-Toronto talent is going international. The collection will also resonate with lovers of timeless craft. “I’ve always been interested in archetypes,” says Fougere, whose new pieces do feel traditional. Their clean lines, however, contemporize them, focusing the senses on their impeccable level of detail – a gap between the doors and frame of the tambour cabinets, for instance, allows one to see straight through, “appreciating the sliding doors as a tectonic and mechanical phenomenon delaminated from the cabinet’s structure.”

It’s the kind of craftsmanship that rivals even that of a grand roll-top desk. Which both Thom Fougere and Mjölk hint might be their next exploration. 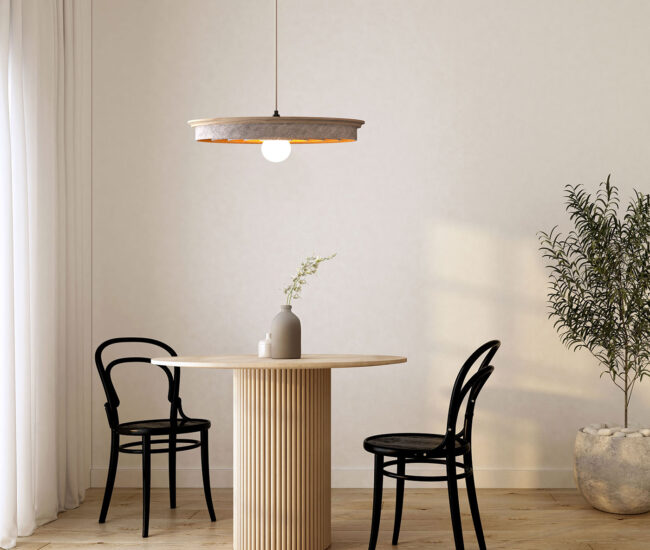 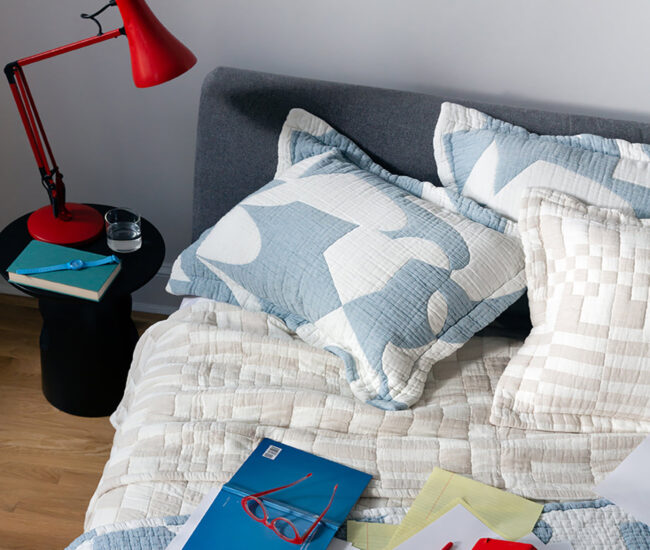 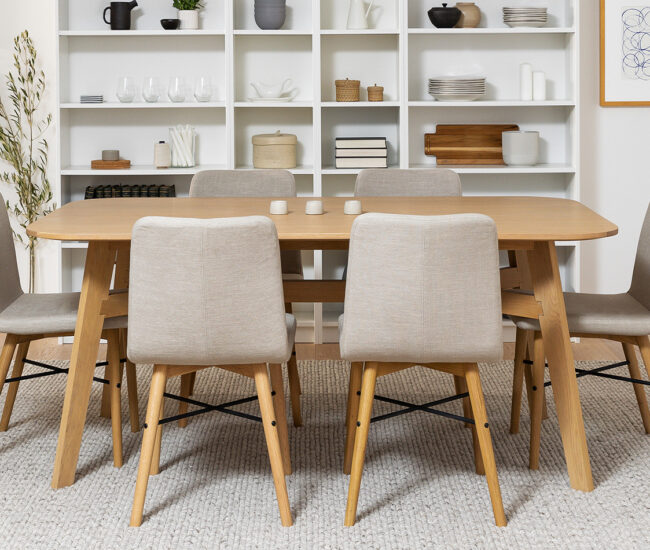