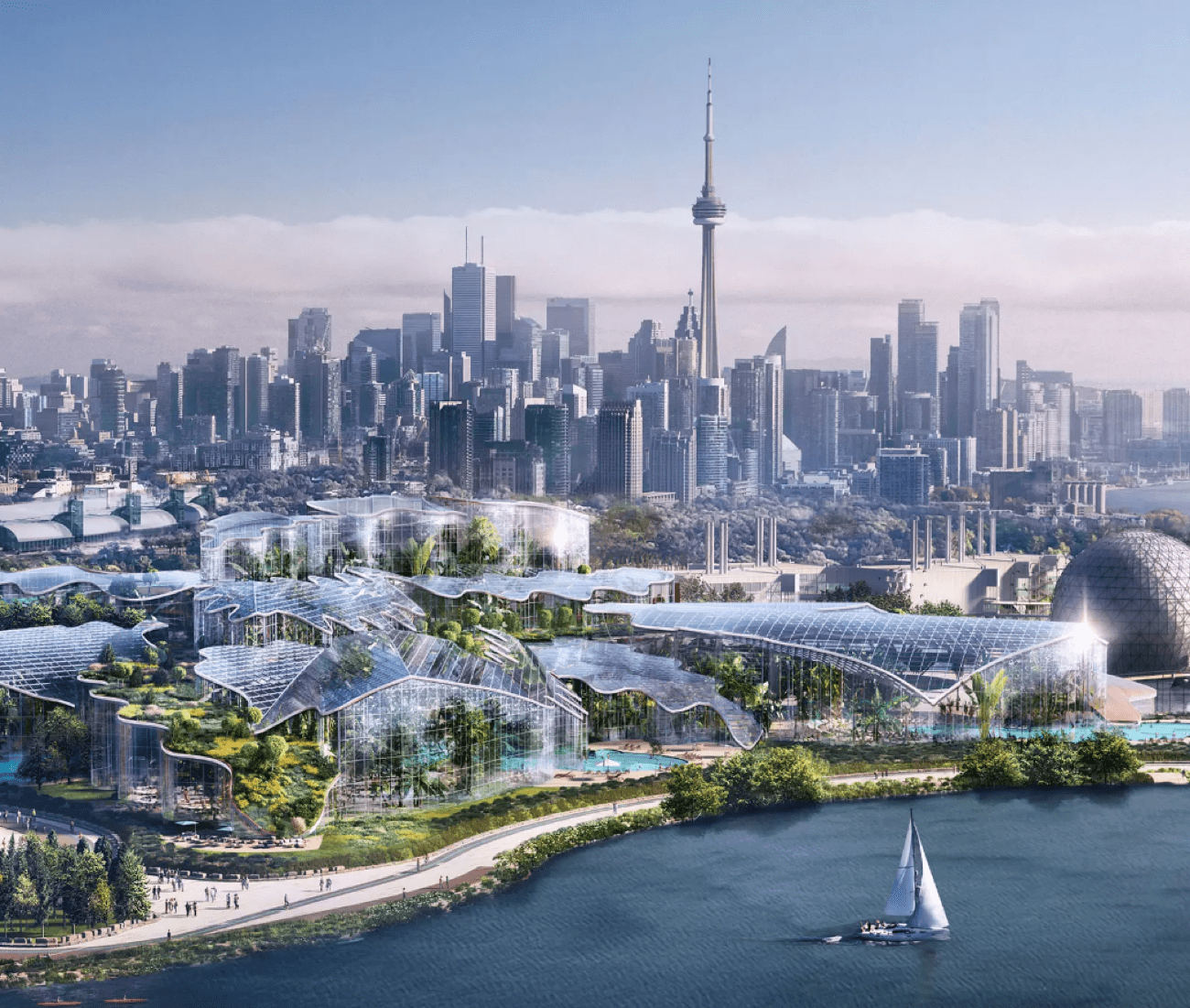 The most recent plans for Ontario Place’s massive redevelopment left many people unnerved at the potential privatization of a beloved public space.

When Ontario Place first opened in 1971, it reinvented the city’s relationship with the waterfront. Designed by Eberhard Zeidler and landscape architect Michael Hough, the artificially landscaped islands created an area solely dedicated to recreation and entertainment. And while it’s been a decade since the Atlantis waterfront theme park closed due to steadily declining attendance, some iconic locations such as Budweiser Stage, the Cinesphere and Trillium Park are still in use.

In July 2021, the Ontario Government announced new private redevelopment plans for Ontario Place, which caused immediate pushback. Community surveys were then conducted the following month, but it felt contrived to many, as public opinion was only sought once the bidding process for the space had already been completed. A year later, the newest blueprints have left many people feeling frustrated and unheard.

Set to be a ten-year process, the extensive plans are split between three developers — Live Nation Entertainment (current developers of Budweiser Stage), Montreal’s Écorécréo Group and Austria’s Therme Group. The blueprints include a year-round, indoor-outdoor entertainment venue, adventure park, and most prominently, an expansive wellness spa with a steep projected entrance fee of $40 per person.

Backers of the project have promised a significant boost to the economy, potentially creating 3600 new jobs. As a new tourist attraction, it’s projected to welcome five million visitors annually. According to Therme, the project’s goal is to “create a year-round destination that will reconnect people to the waterfront and celebrate Ontario, just like when Ontario Place opened 50 years ago. “We’re eager to open our doors to families from across the province, and we’re working closely with our partners at the City and Province as we move forward through an approvals and permitting process for this unique site.”

While these benefits might sound promising in the long run, they feel irrelevant to local residents who are focused on the present — and the imminent loss of an important public space.

“Why would we build a spa in a beautiful public waterfront park? Once it’s gone, we never get it back. Ontario has an opportunity to do something spectacular….”  – @Beth_Levy66

“There can be no better example of their unyielding elitism than the idea of using our amazing waterfront public space for a spa.” – @Matt18548209

“There is a plaque in Ontario Place I would read often (usually during my mental health COVID walks) and it says “dedicated to the people of Ontario, past, present and future.” This just seems so wrong. Being stolen of our beautiful park.” – @ReenaRayne96

The revitalization plans themselves don’t seem to be what’s frustrating to people. After all, Ontario Place’s infrastructure has been in need of an overhaul for decades. Instead, the point of contention is the privatization of a beloved public space, especially on the waterfront — and the fact that the proposed plans don’t exactly scream “Ontario.”

“It is perfectly apparent that the building could be anywhere,” said Toronto journalist John Lorinc while sharing a photo of the Therme group’s previous project in Bucharest on Twitter — looking almost identical to the Ontario Place proposal.

Left unused for ten years, the people of Toronto have embraced Ontario Place as their own. While there are other outdoor spaces in the city, this  one has sweeping waterfront views. During the height of the pandemic many residents found it was a place where they could safely interact with others. As one Torontonian tweeted: “Ontario Place has been a necessity during this pandemic. It’s clear now more than ever that in the city, people need access to large, outdoor spaces for mental, physical and emotional health. Ontario Place must remain completely open and free to access.” – @jennarosaa

For more information about the Ontario Place redevelopment visit infrastructureontario.ca and futureofontarioplace.org