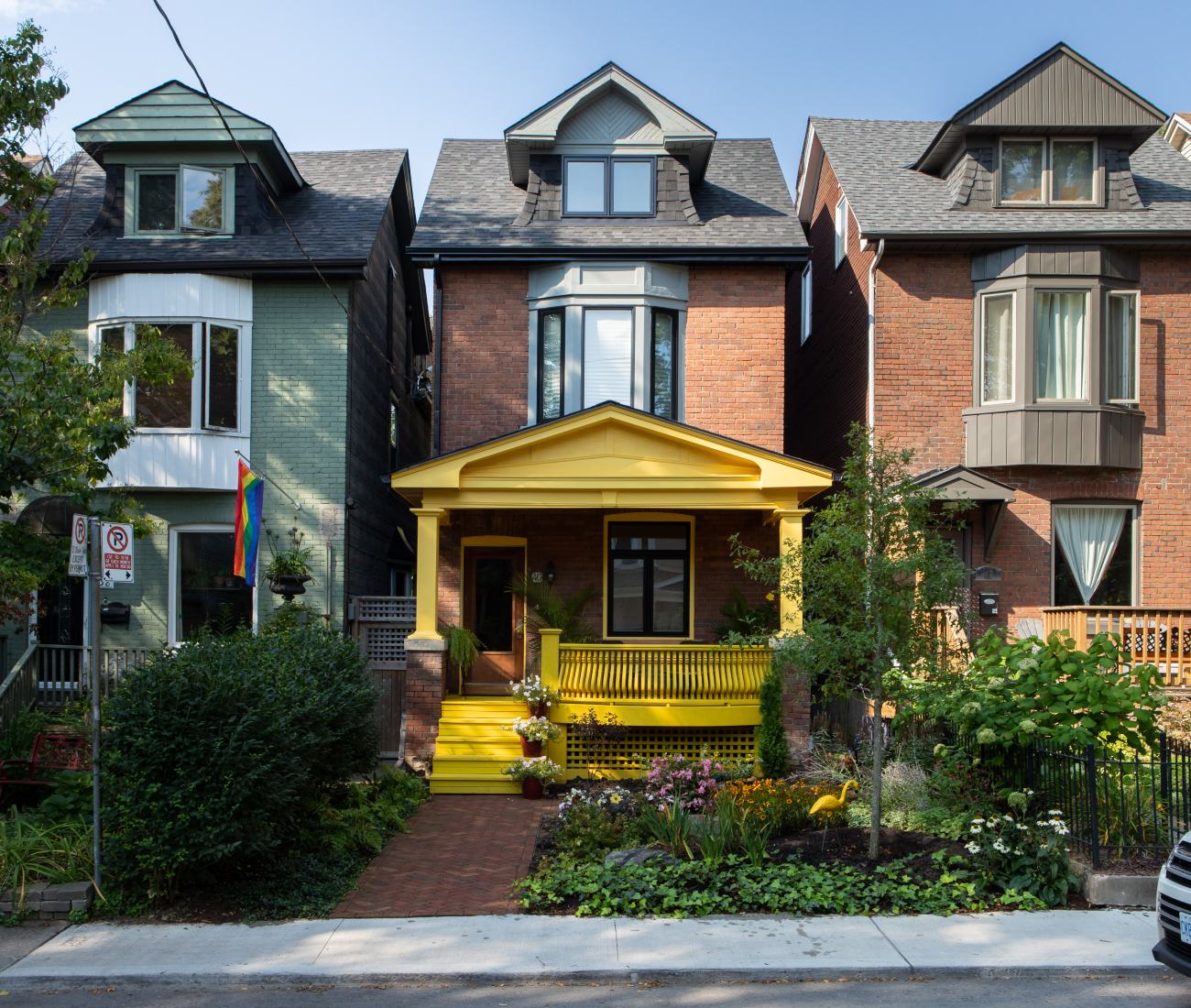 Since the pandemic started, Toronto’s outdoor spaces have become more important than ever

On my evening excursions from my basement apartment – situated on a busy, car-dominated stretch of Keele – I instinctively let my feet carry me into the grand, tree-lined residential streets of Toronto’s West End. Turning the corner onto Glenlake Avenue, an entirely different milieu unfolds before me, the sidewalks here lined with majestic trees and century-old homes.

It feels more neighbourly than ever, the pandemic bringing life onto lawns and – most of all – front porches. From the early COVID-19 era’s nightly soundtrack of banging pots and pans to the casual spring hangouts of drinks and conversation that now colour the evenings, the series of lockdowns have breathed new life into the neighbourhood. While I’ve lived in the area for five years, I’ve only recently gotten to know many of my neighbours, the introductions opened by lemonade stands, rummage sales or folks simply sitting on the porch and saying hello.

In a city of apartment- and condo-dwellers, the relatively few Torontonians able to enjoy a private outdoor space just off of the sidewalk are an enviable lot. But even as a passer-by, it lifts my spirit to see so many eyes, ears, voices and hearts back on the street. Like the apartment balcony, the porch means more than ever. And while some renos see them beautifully maintained and updated, it’s a space that’s going extinct in even the most thoughtfully designed new builds. In older houses, meanwhile, front porches are often transformed into enclosed solariums or demolished altogether. To my mind, it all compromises neighbourhood character (more on that heated debate later), so what gives?

Like so many of the 20th century’s urban transformations, the demise of the front porch was in large part spurred by the rise of the automobile. Car exhaust and the noise of traffic suddenly made spending time on the street much less appealing. Then, as air conditioning and television became widely adopted, the cooler, sociable outdoor summer living rooms seemingly became obsolete. Once practically ubiquitous across much of North America – including here in Toronto – the front porch is becoming a relic of another era.

As University of Miami professor Elizabeth Plater-Zyberk puts it, it was “the fumes, the noise” of cars that did it. “Up until then, you could sit on a porch at night and chat with your neighbours. It was social. It was pleasant,” she told the Wall Street Journal in 2019. And “with air conditioning and television, the whole thing disappears altogether. That marks the end of the porch.”

As the past year has shown, however, the autopsy was premature. Consider the Leslieville home of SOCA co-founder Tura Cousins Wilson, a handsome Edwardian fronted by a bright yellow beacon of a porch. Shared by Cousins Wilson, his wife Alex Snider Wilson and their two roommates, it’s a welcoming, communal outdoor living room. “For me, a front porch is the most public gesture of a house and should not only be somewhere to relax, but be a place to connect with neighbours and community,” Cousins Wilson told Designlines. “This thinking led to Alex and I getting married on our porch last summer with our friends, family and neighbours watching.” In other words, it’s the public heart of the home.

Pandemic or not, the environmental and societal harms of car-centric planning are also increasingly apparent. In fits and starts, Toronto is gradually joining cities around the world in promoting walking, cycling and transit use over driving. But as we work to remake our city, even design-driven houses continue to be built according to a fundamentally suburban paradigm, with frontages dominated by garages and parking. When the front of the home is ceded to the car, life faces inward – and you’re far less likely to run into friends or neighbours in the backyard. By contrast, porches face outward, welcoming community and pedestrian life.

Although “neighbourhood character” is a perpetual locus of controversy, porches and public life are seldom part of the conversation. Instead, it’s a dialogue more often comprised of regressive dogwhistle politics. When new housing – whether in the form of new apartments or Toronto’s much-needed modular supportive homes – is proposed alongside older single-family dwellings, the preservation of character often becomes a rallying cry for close-minded opposition. Meanwhile, elegant modernist homes and clumsy stucco McMansions alike are quietly replacing older (and often more densely inhabited) houses throughout the city, often meeting the sidewalk with garages and parking pads in lieu of porches – and all with little in the way of regulatory hurdles or local protest. In the heated rhetoric over neighbourhood character, actual neighbourliness doesn’t appear to be a factor.

I think we’ve got it wrong. My evening walks take in neighbourhoods defined by a seamless blend of single-family homes and small, pre-war apartment buildings. It’s an inclusive, sidewalk-friendly mix of housing types that are largely prohibited by current planning rules, making for an increasingly stratified city. At the same time, the construction of ever more lavish yet socially austere single-family homes continues unabated, without regard for pedestrian life and social fabric, and without so much as a front porch. Friends, neighbours, let’s not lose the character that counts.