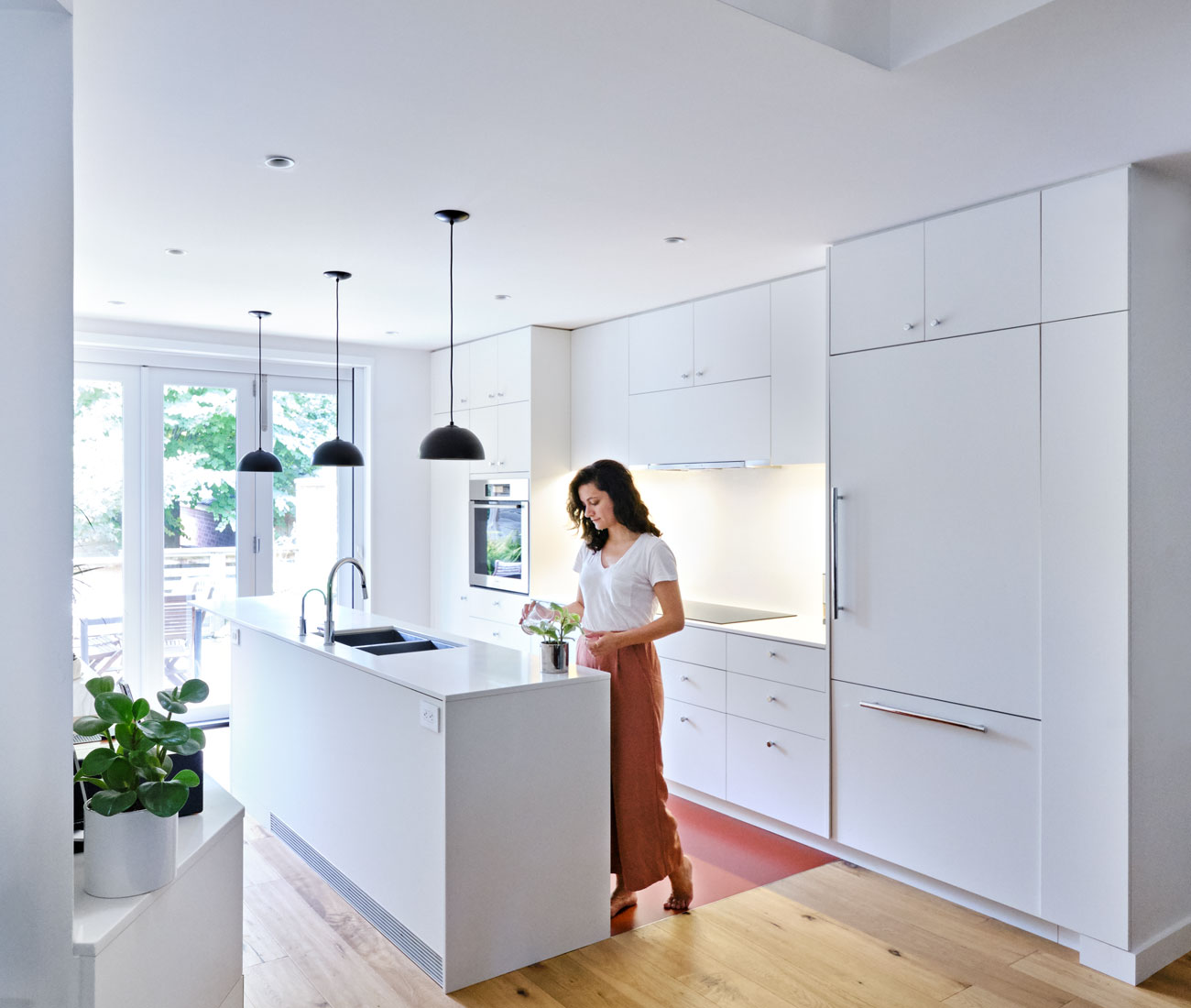 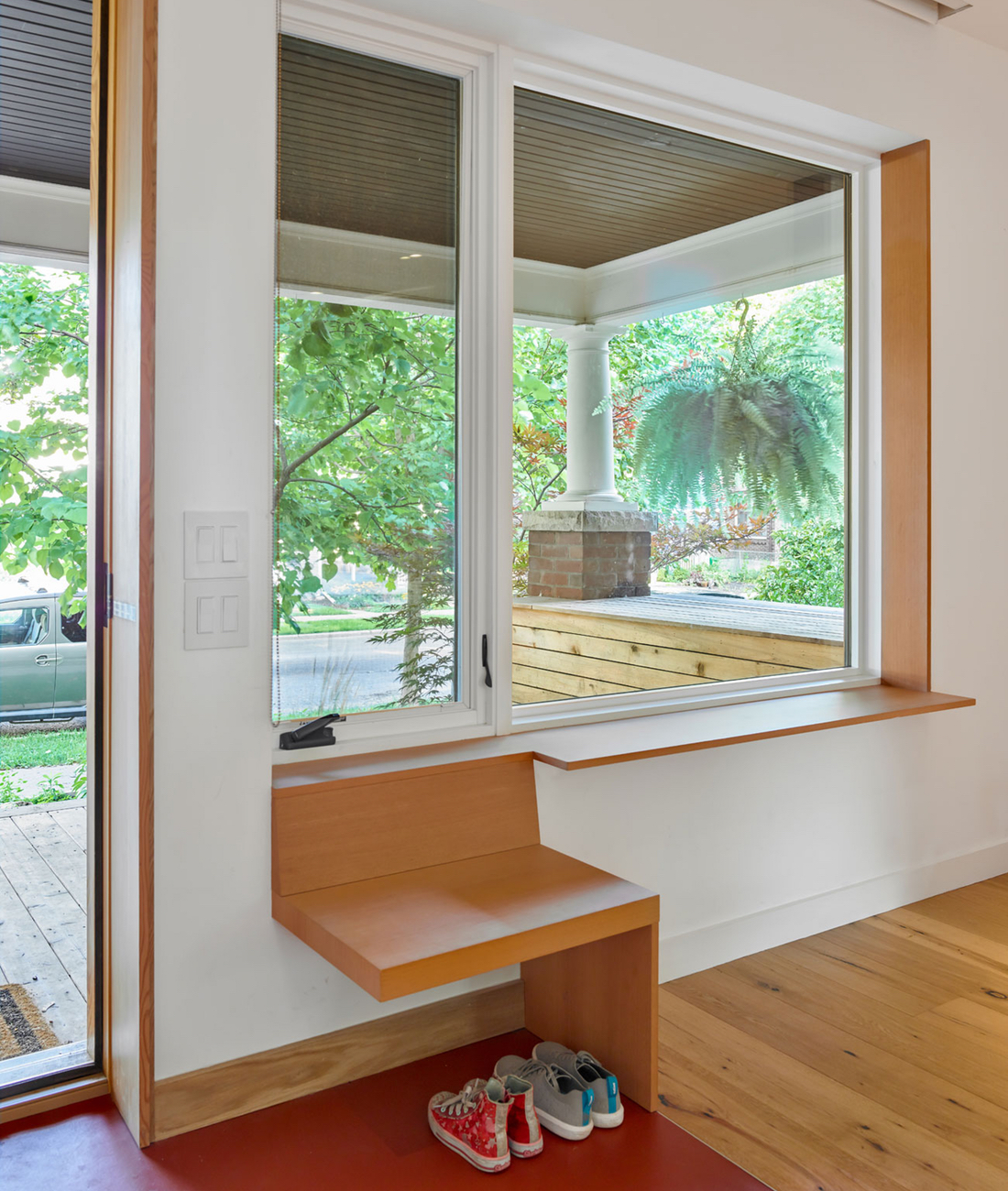 Red Forbo Marmoleum flooring is used in high-traffic areas, like the entry. The custom Douglas fir bench was built by Derek Nicholson. Windows and doors by Marvin. 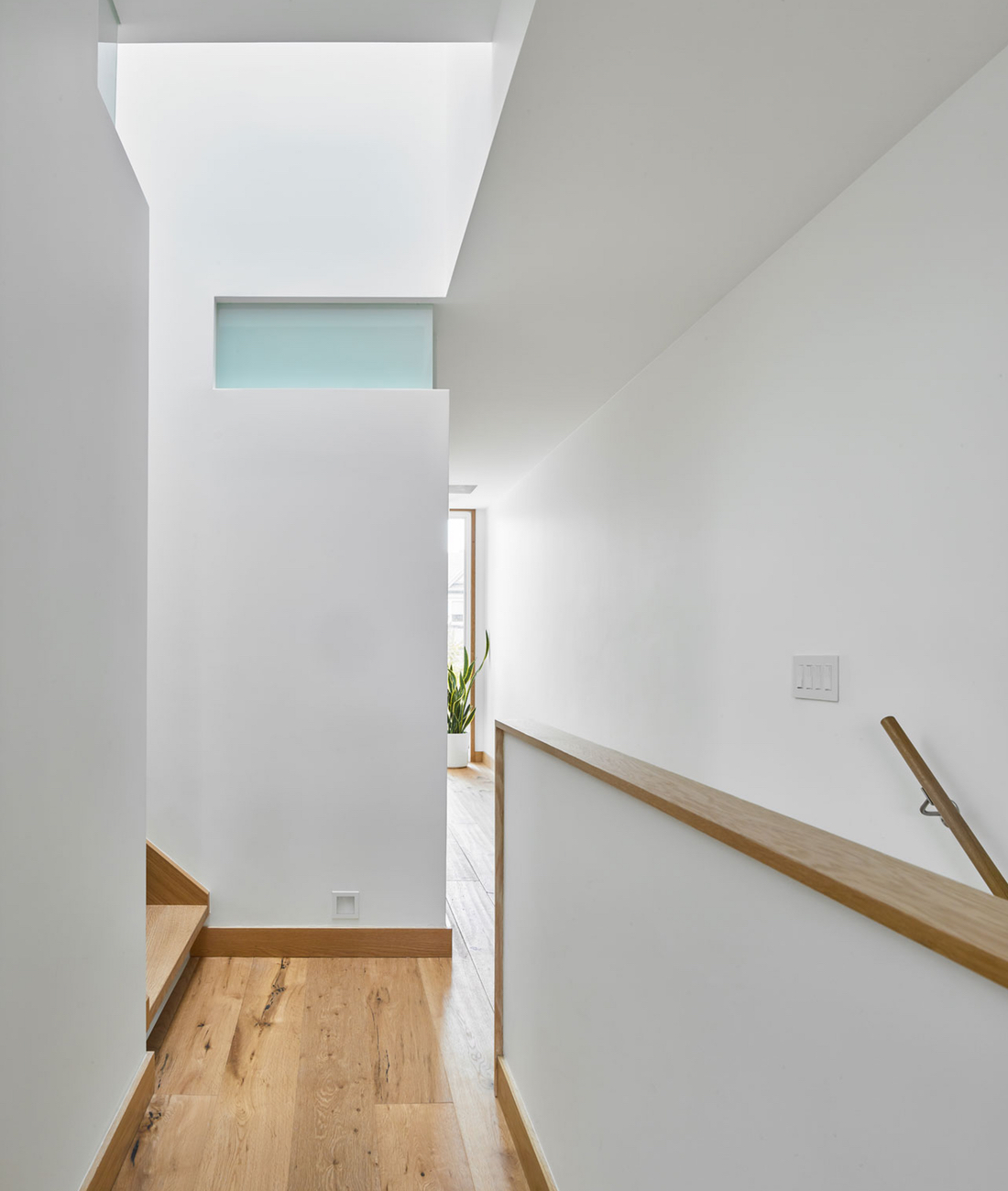 On the second floor, home to three bedrooms and the laundry, O’Brian inserted laminated float glass interior windows to circulate light in the core of the home. 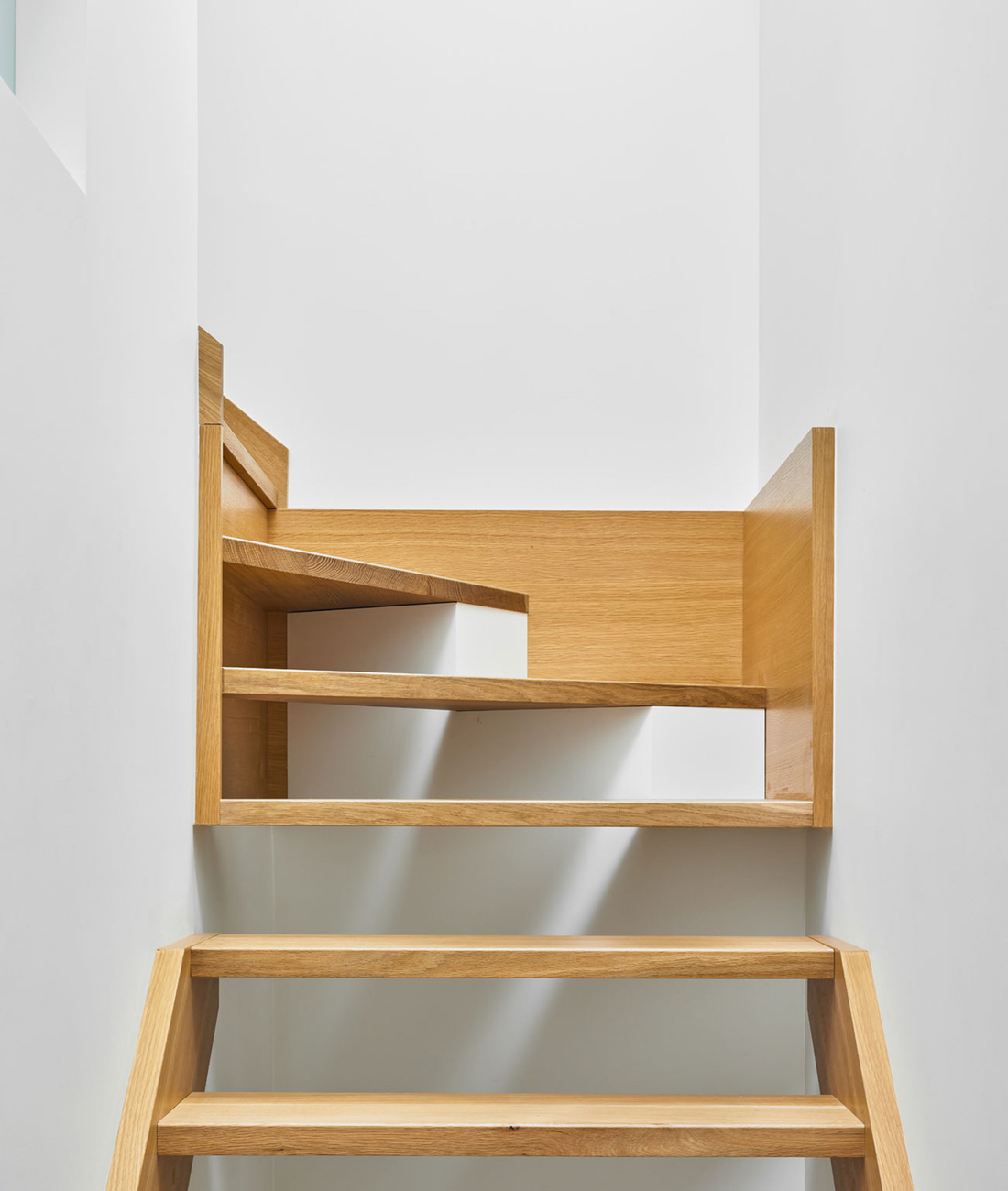 By Simon Lewsen
Photography by Scott Norsworthy and Arash Moallemi

The typical Toronto semi is narrow and dark, but people today crave airiness, volume and light. So architects must somehow find ways to open these spaces up. None of the obvious solutions work. You can’t add width to a narrow property. Nor can you put windows on a party wall.

Brian O’Brian, who runs the firm Works Office of Brian O’Brian Architect, was recently hired to renovate a century-old Leslieville semi – two floors and three bedrooms – for a family of five. The couple bought the home back in 2007, before prices went skyward. They had no desire to sell, but they wanted better-quality space and an additional bedroom.

At first blush, O’Brian’s redesign resembles your typical minimalist Scandi-inspired reno, with white walls and white oak floors and finishes. On closer inspection, though, you’ll notice unconventional features and optical illusions, which give the interiors a sense of expansiveness they wouldn’t otherwise have.

The architect briefly considered elongating the house, but decided against it. “The extra length between the front and back windows would only darken the space,” he explains. Instead, he kept the original 190-square-metre footprint and built upward, adding a stucco box with aluminum flashing behind the tiny third-floor attic dormer, where the master suite now resides. He also added a skylight above the open-tread stairwell, which snakes as it climbs throughout the house in three directions.

The second level, which includes three children’s bedrooms, is the busiest and most complex. The narrow hallway could’ve easily felt claustrophobic were it not for the floor-to-ceiling glass at the back, which makes the passage feel as if it extends into infinity. The bedroom at the back cantilevers above the yard, snatching four square metres of extra space from the sky. And the middle bedroom hangs slightly over the alley on the south side of the property, creating just enough room for a vertical west-facing window. These deft workarounds give the home a unique ambience. It feels cozy, roomy and a little bit trippy, too.

As an architect, O’Brian argues, it’s his job to find clever responses to real constraints. “We spend 90 per cent of our lives in buildings,” he says. “The idea that we would inhabit a space that isn’t deliberately interesting or beautiful just seems like a waste.” It’s not about what you have. What matters is how you use it. WORKSOFFICE.COM