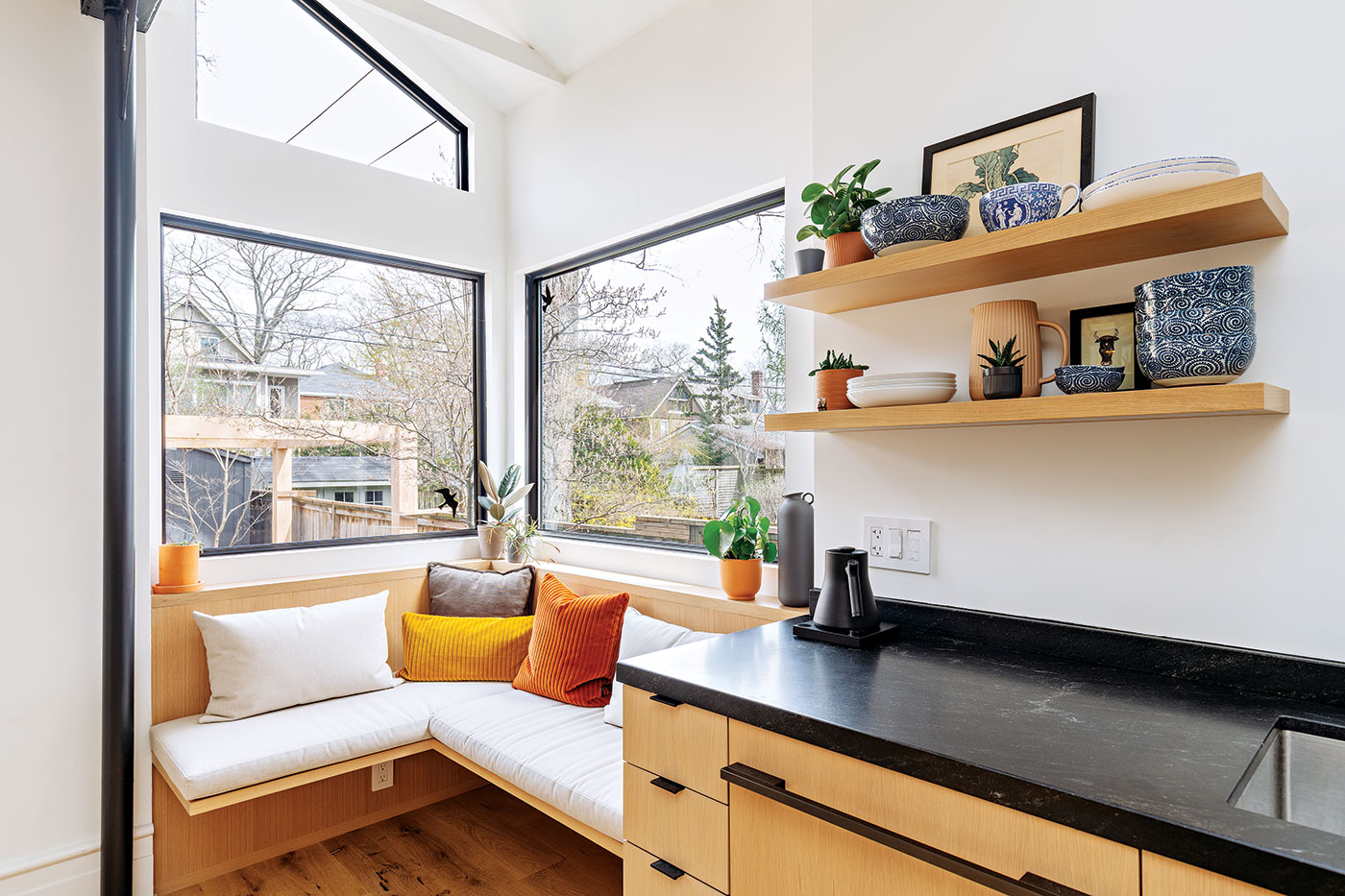 Architect Heather Asquith takes the best features of an old home and turns them up a notch.

Teaching new tricks to an old house is part of the renovation process, but this charmer, located in the city’s Beaches neighbourhood, already had a few tricks up its sleeve: an addition with a bold skylight and clerestory glass in the kitchen, rustic wooden columns and big-city steel beams.
“It had undergone some thoughtful design work by previous owners and an architect, so didn’t need all that much from an organizational point of view,” says architect Heather Asquith. What the 2,000-square-foot near-turn-of-the-century home did need was a new kitchen and some tweaks to dial up a cohesive main floor. The homeowners, Daryl Wilby and Gilles Ubaghs, favour fresh and unfussy looks, and wanted a comfortable space where they could entertain friends and hang out with their dog, Otis.

Falling-apart kitchen doors, plastic laminate counters and free-standing appliances were given the heave-ho in favour of sleek white-oak cabinetry, honed black-granite countertops and seamless built-ins. “Though the kitchen was tired, it was well-planned. In fact, the placement of the new fixtures and appliances remained more or less the same,” says Asquith. “Architecturally, I used millwork as a device to organize.” Along with the new kitchen cabinetry, she introduced an island and a corner window seat (the black steel-framed windows were already in place).

New flat-sawn, white-oak flooring throughout signals the desired cohesion and imparts a contemporary refresh that’s in sync with the home’s casual connection to the outdoors. From the kitchen, the view is lush and green, with construction of a vine-covered pergola in the works.

To enliven the foyer of the Beach semi and visually connect it to the living room, Asquith designed a long, narrow cut-out clad in white oak. The old radiators and door remained. “I think it’s important to keep some previous elements of a house – if they are valuable and give character – instead of imposing a brand new vision,” she says. “I hope that I pulled from this idea a bit and did justice to the past lives of the home while giving it a whole new life.” ASQUITHARCHITECT.COM 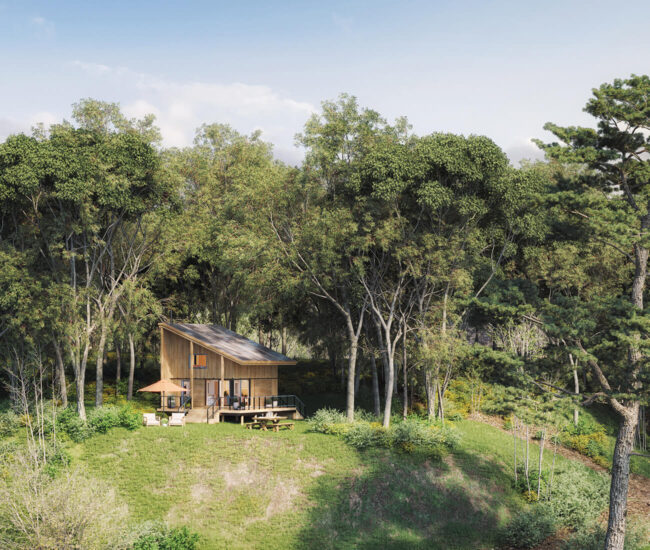