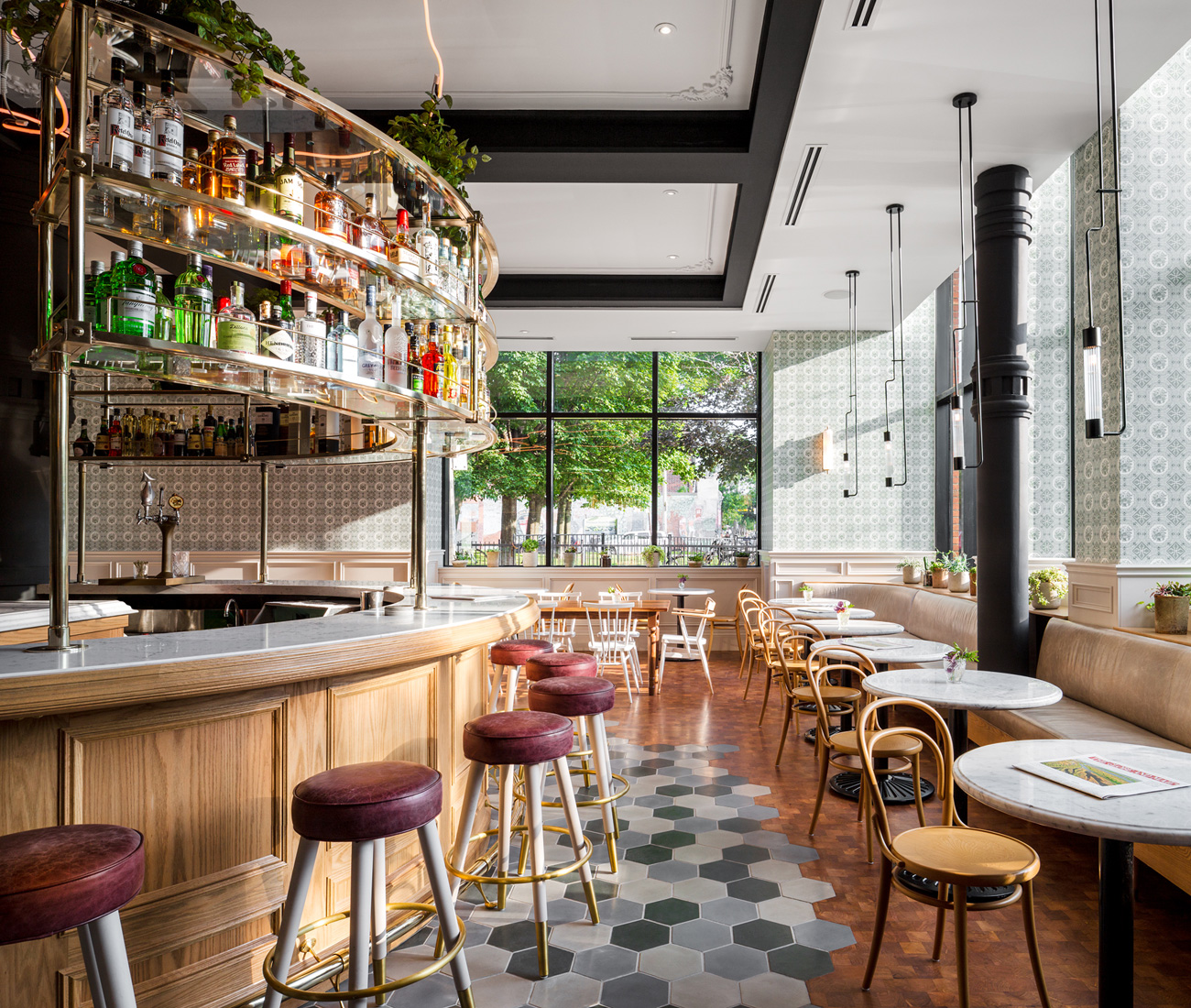 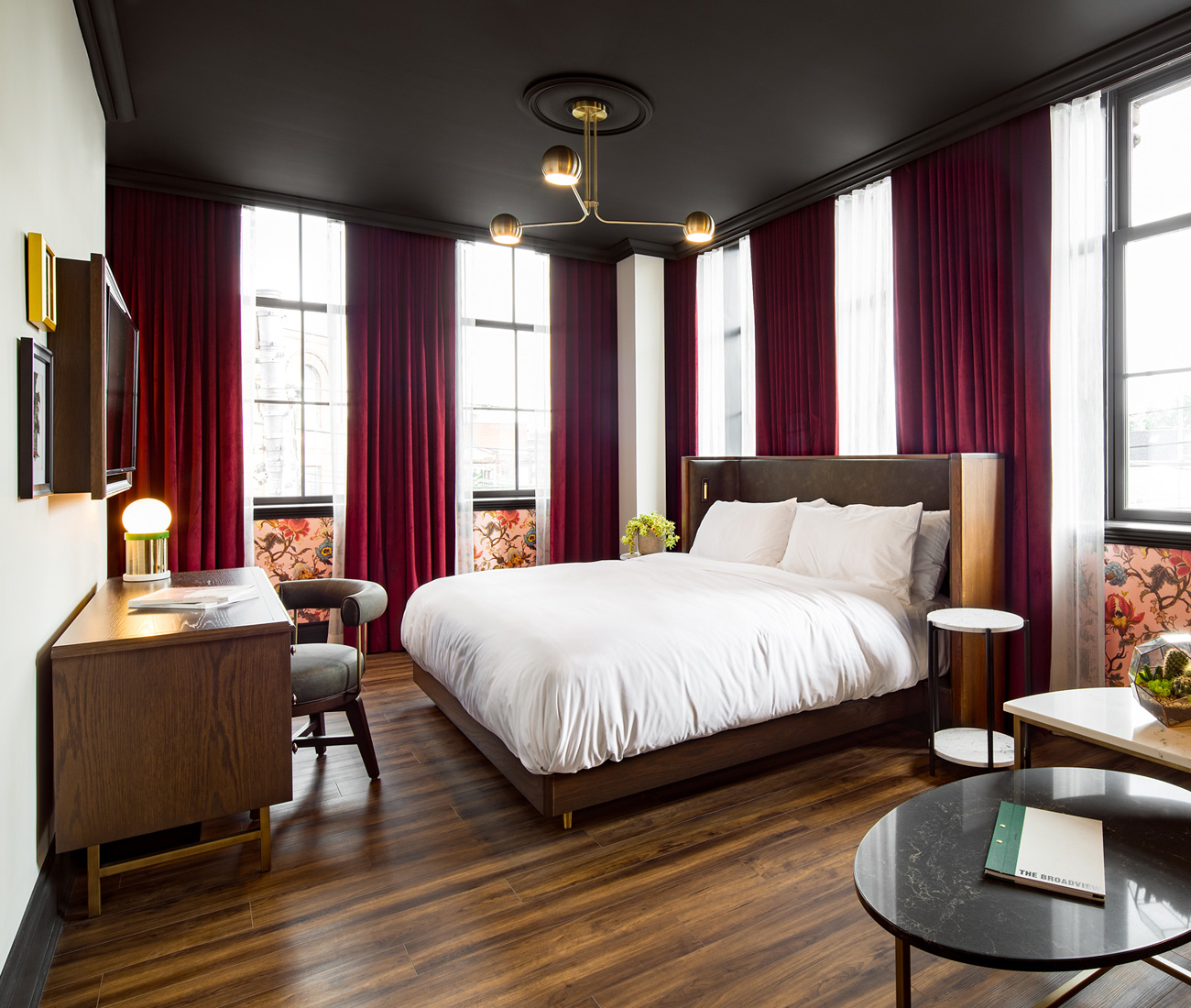 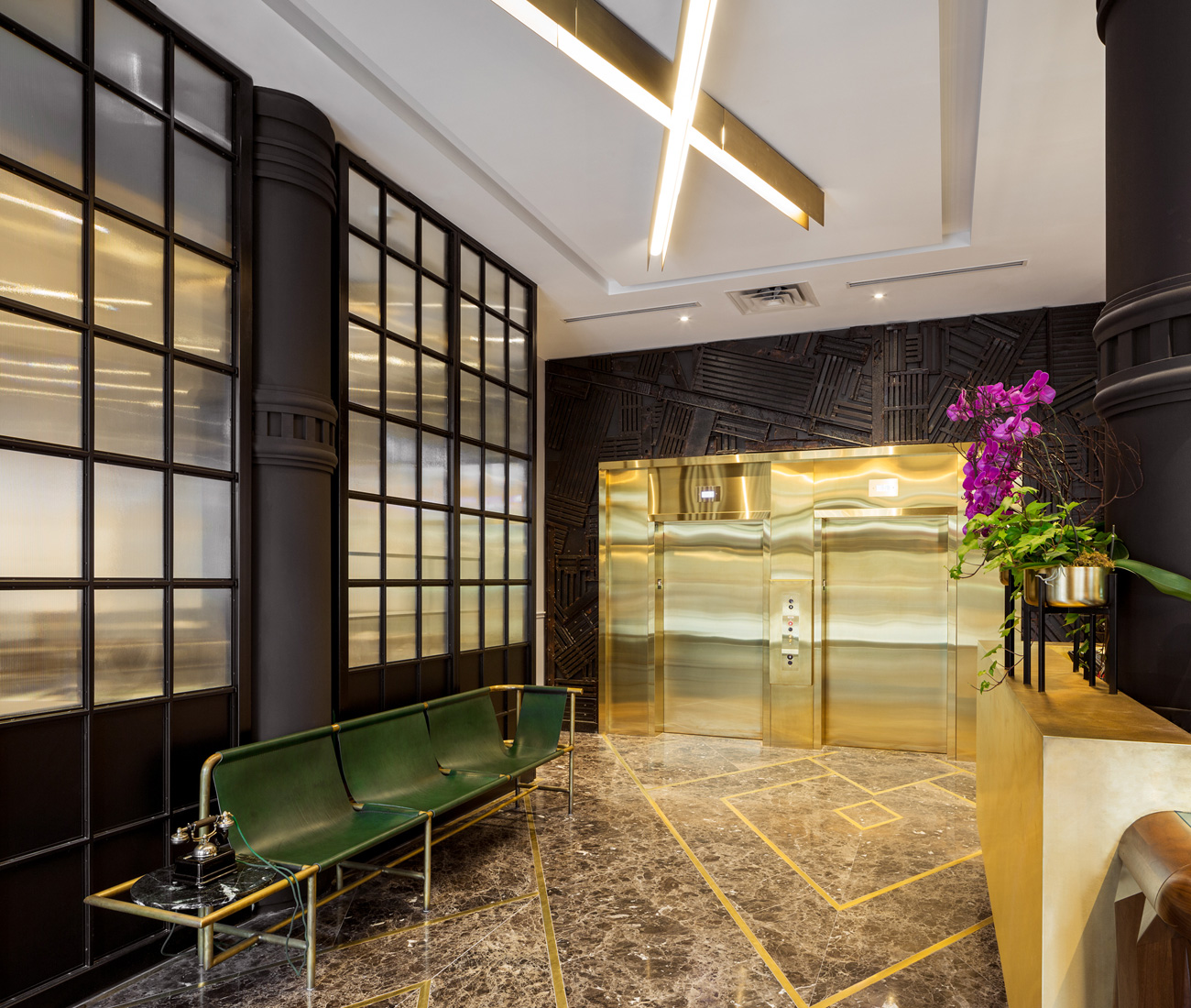 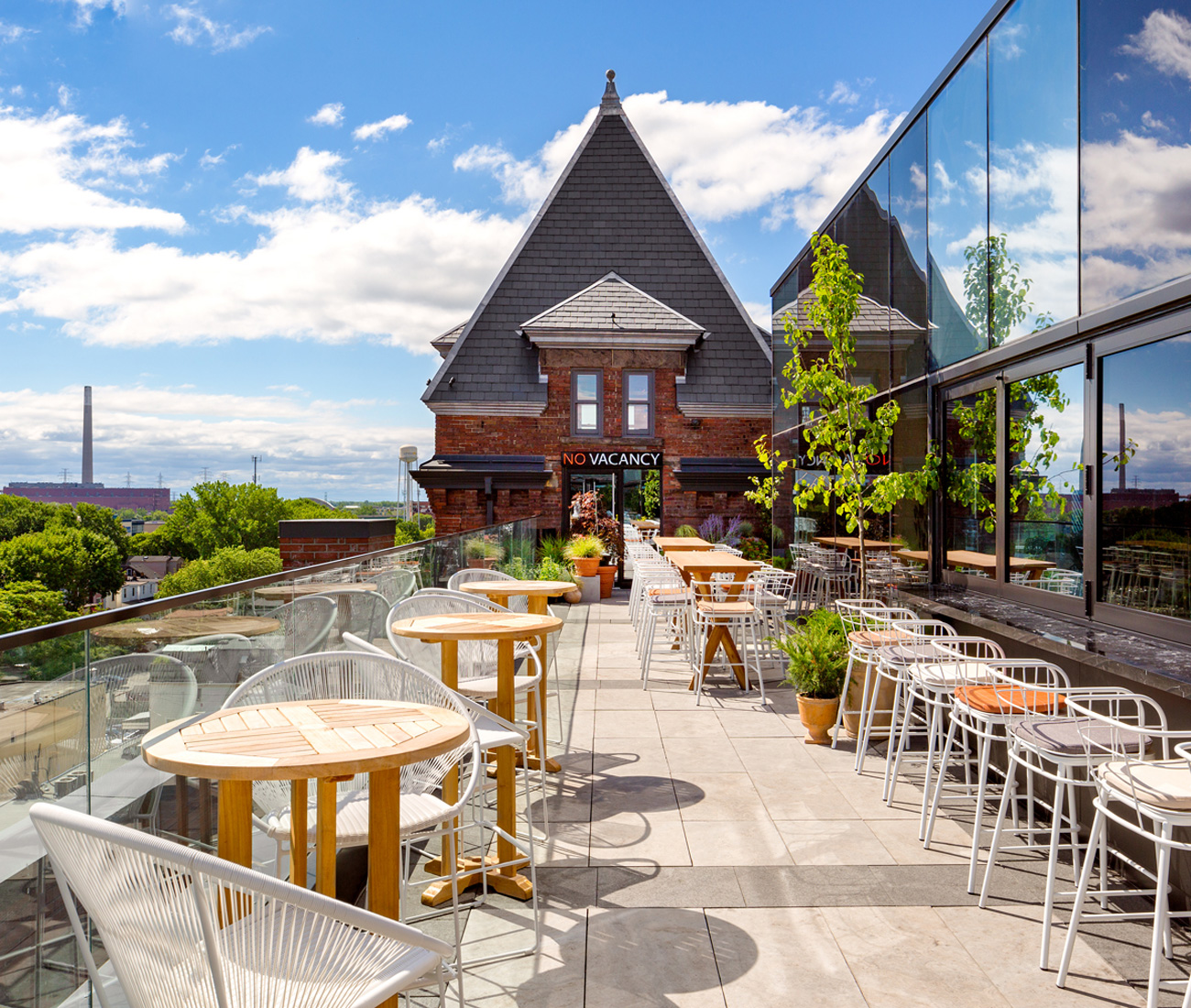 The Broadview Hotel by Toronto’s DesignAgency was an instant success when it opened last summer; now the globetrotting design trio behind the lux revamp reveal how they struck gold

Pictured: The Broadview Hotel’s rich interior design is redolent of the building’s Victorian past. The Civic, a newly opened restaurant, serves turn-of-the-last-century dishes adapted to the modern palette. Waldorf salad, anyone?

The red brick Romanesque building at the intersection of Toronto’s Queen Street East and Broadview Avenue has witnessed more than its share of dancers over the years, many in varying states of undress. Since 1891, it has lived multiple lives as a commercial hub, a meeting hall and, intermittently, a hotel. In its most recent incarnation as a boarding house and home to the strip club Jilly’s, it held firm as a shabby east end cornerstone while everything around it gentrified. It is safe to say that, up until last night, it had never had Grace Jones and Fashion Santa share the dance floor. 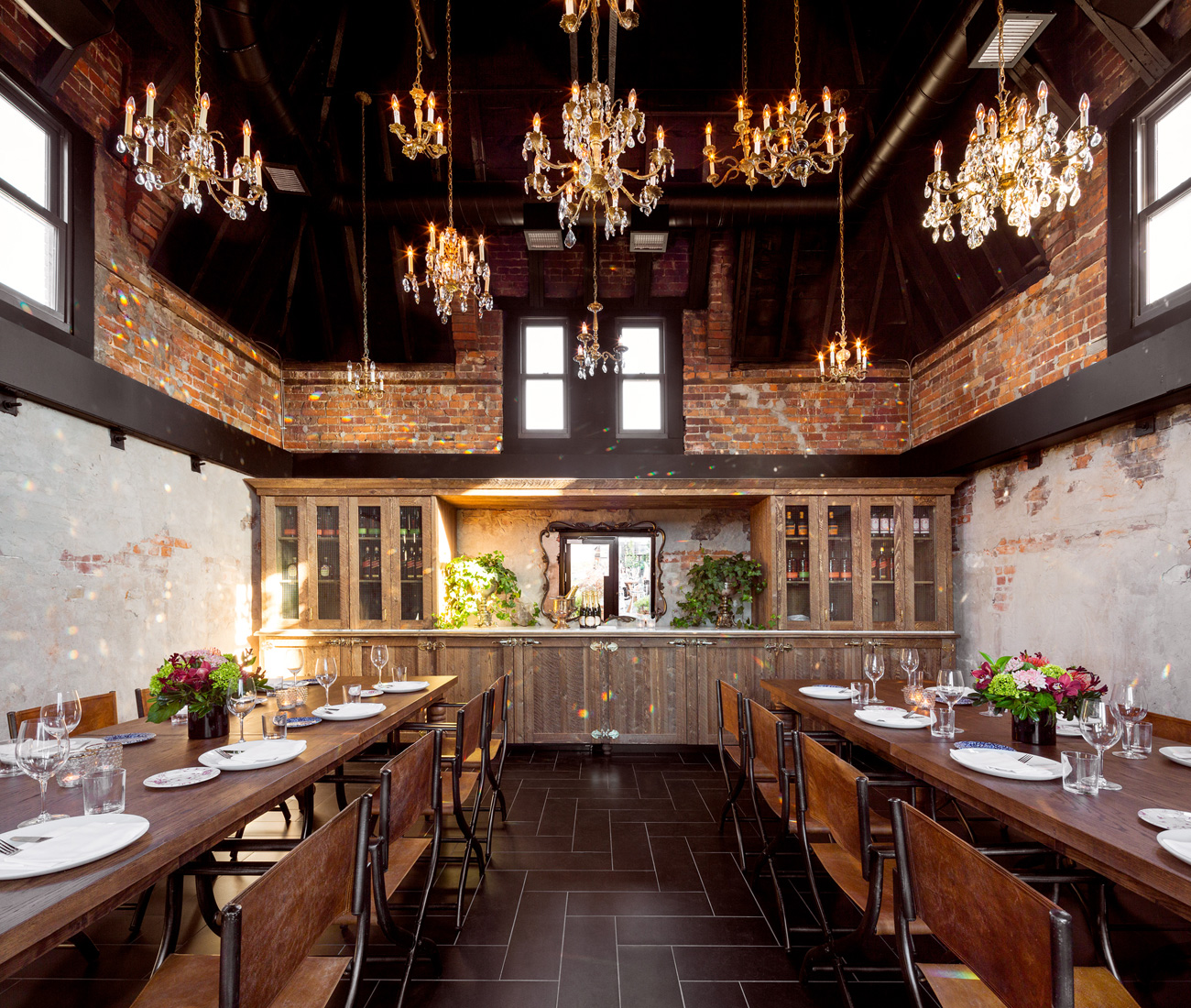 2014, when the club’s owners ordered an interior teardown so they could improve sightlines for customers, they inadvertently removed essential structural walls, and, in an instant, the building was condemned. Not much later, Streetcar Developments decided to buy and renovate it into the Broadview Hotel, and they brought in ERA Architects to oversee a $25-million restoration. Then, with the aim of transforming the building into a landmark, they turned to DesignAgency to remodel the interiors and bring an all-encompassing approach to the element of hospitality. 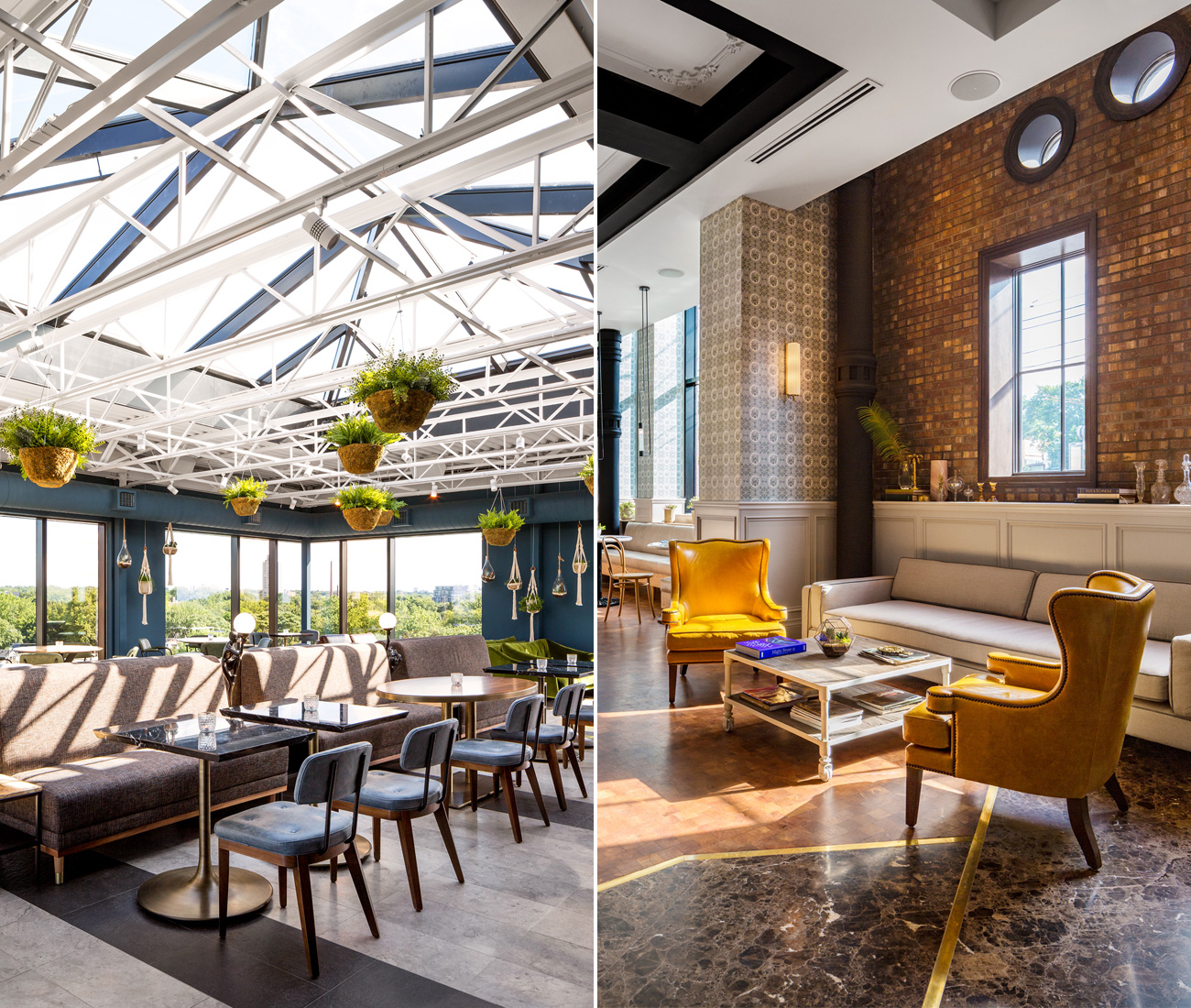 It is fair to say that the five-storey Broadview Hotel, open since July, is an instant success, especially its rooftop terrace that offers impressive views of the city skyline and of Lake Ontario. I’ve come to the hotel, during its soft launch, to reflect on how DesignAgency has grown as a firm, from its start as three friends (Allen Chan, Matthew Davis and Anwar Mekhayech), past a stint in reality television, to a studio with global reach, a staff of 40, and a client list that includes Momofuku and the Generator hostel chain. As we sit in the new Riverside bar, they tell me the Broadview is their ideal project, where they can get their hands on every aspect of its life, including how the building serves the community.

“We started programming the space before we even got into design details,” Davis tells me. “We asked ourselves, How is this space going to function; how is it going to be successful as a hotel? The community needs something that’s going to have a lasting presence.”

The resulting 58-room hotel is quintessential of DesignAgency’s later work, and a long way from the firm’s early days of flashy nightclubs: luxurious, elegant and already somehow effortlessly aged into itself. Like another one of the firm’s local projects – the private Soho House club – the Broadview has an understanding of how people will actually sink into a space and make it their own. 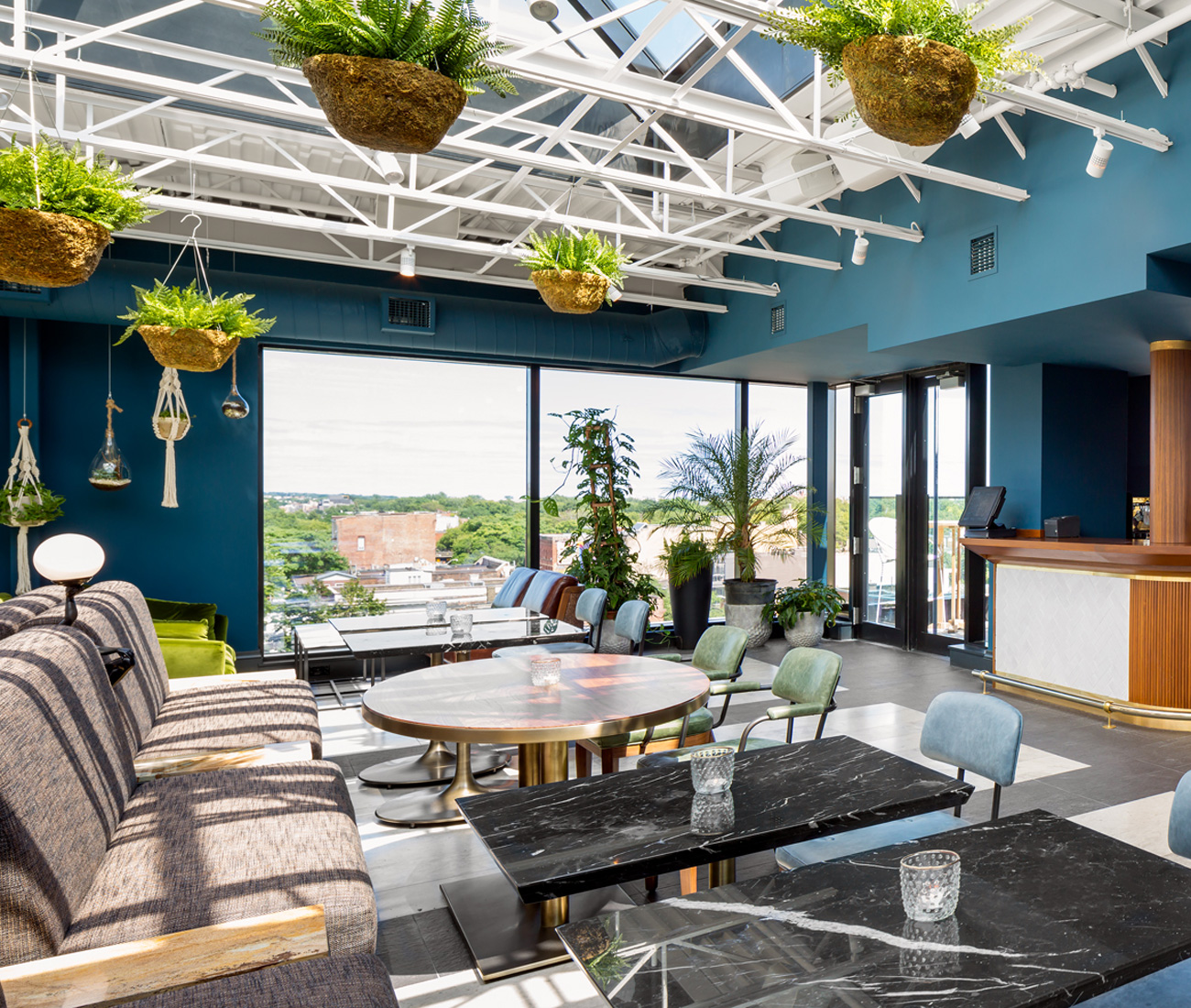 Here in the hotel café – where custom leather-seated stools line a Breccia Capraia marble-topped bar, and chairs from TON surround tables by Coolican & Company – the DesignAgency team members point me to playful signs of the building’s colourful past: The wallpaper, from Rollout, is created from the patterns they found beneath the layers during demolition, and a curvaceous neon installation hanging over the bar, designed in collaboration with Chicago artist Erik L. Peterson, was fabricated by the son of the creator of the original Jilly’s sign. In the lobby, where a feature light from Anony hangs over an imposing custom brass reception desk, the cladding around the elevator is formed from remnants of the old fire escape. 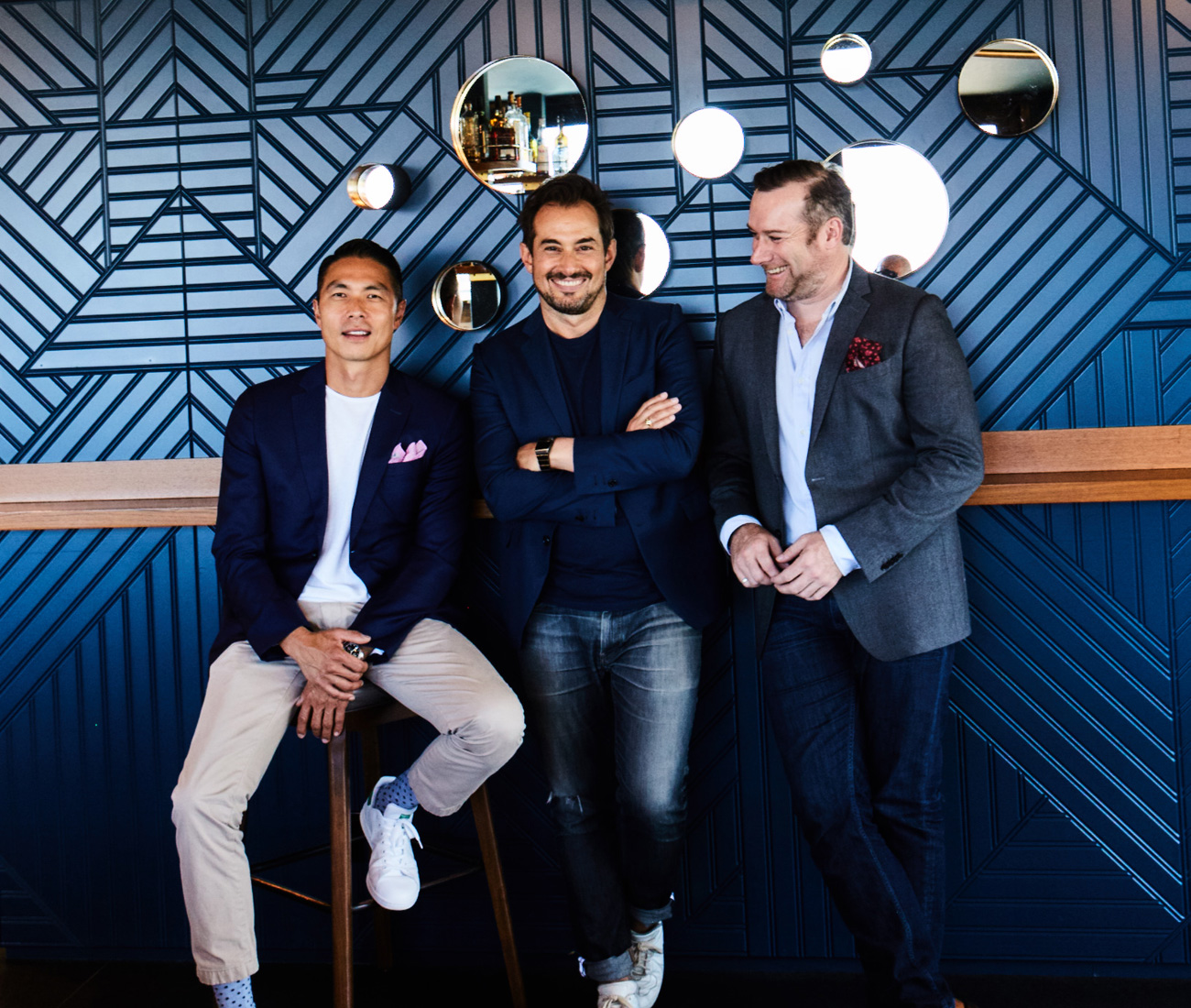 From the Broadview’s rooftop, the spectacular city view is full of cranes and scaffolds. Over the course of DesignAgency’s life, this landscape has changed beyond recognition. As we discuss upcoming work with Marriott, Momofuku and SBE, and on the 2019 expansion of Toronto icon the Drake Hotel, Davis asks me to look the other way, toward the east – there, the big city gives way to single storey houses and the trees and ravines of the still-wild fringes. There’s a lot more still to come.