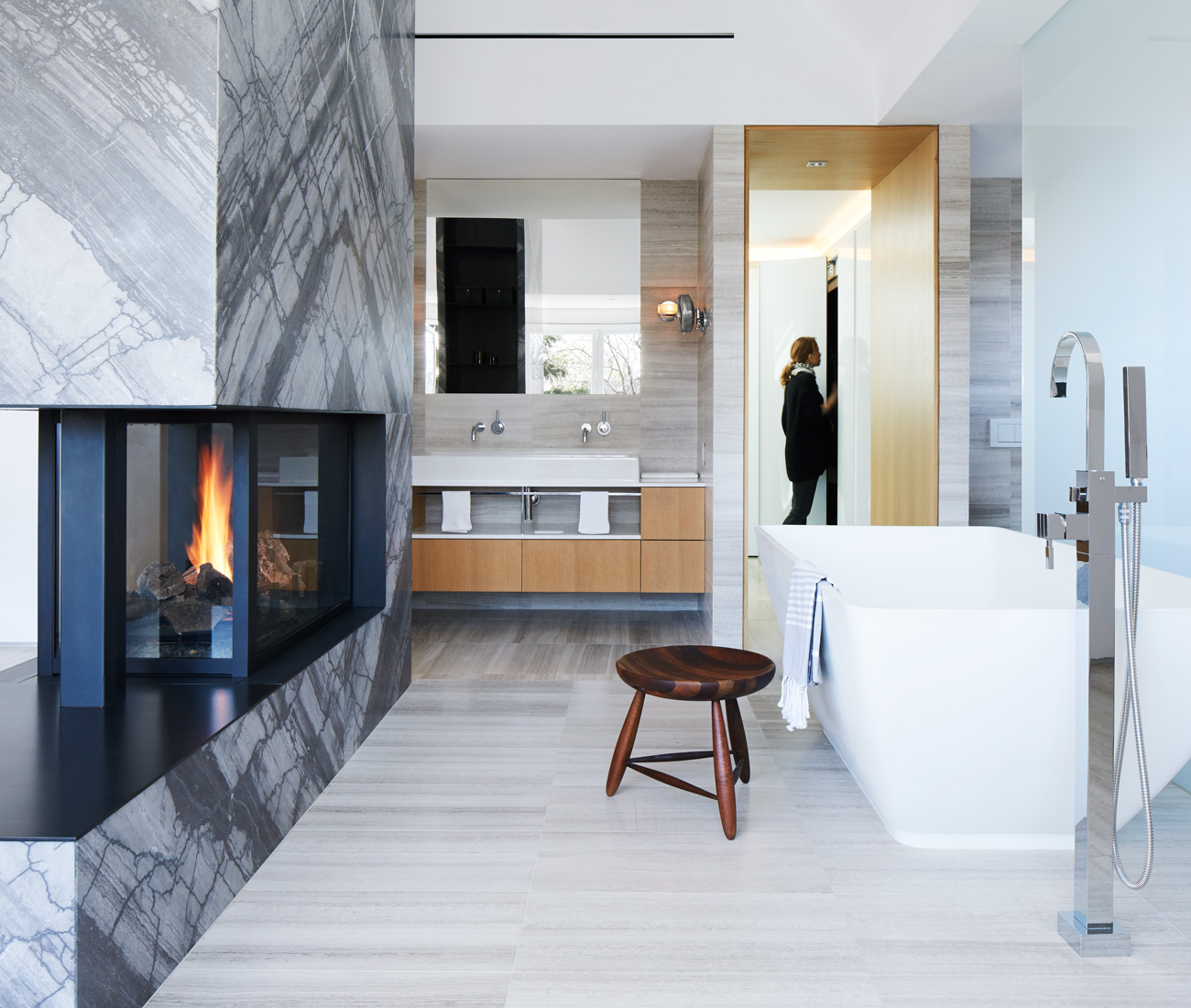 Inspired by spa-like hotel rooms, architect Darcie Watson – the principal designer of Areacode – converted the western end of her Edwardian’s third floor into a seamless bed/bathroom. The resulting 68-square metre suite is open-concept without being overwhelming – thanks in large part to its central focal point: a dark and dramatic partition clad in marble (from Ciot).

This visually divides the sleeping quarters from the wet rooms, and its three-sided Montigo fireplace cozies up both ends, from bed to the podium-propped soaker from Ginger’s. At this end of the room, a floating vanity is sandwiched between two white oak-framed portals; one leads out to the hallway, the other to a walk-in closet and laundry room with 5-metres of white Komandor cabinetry. 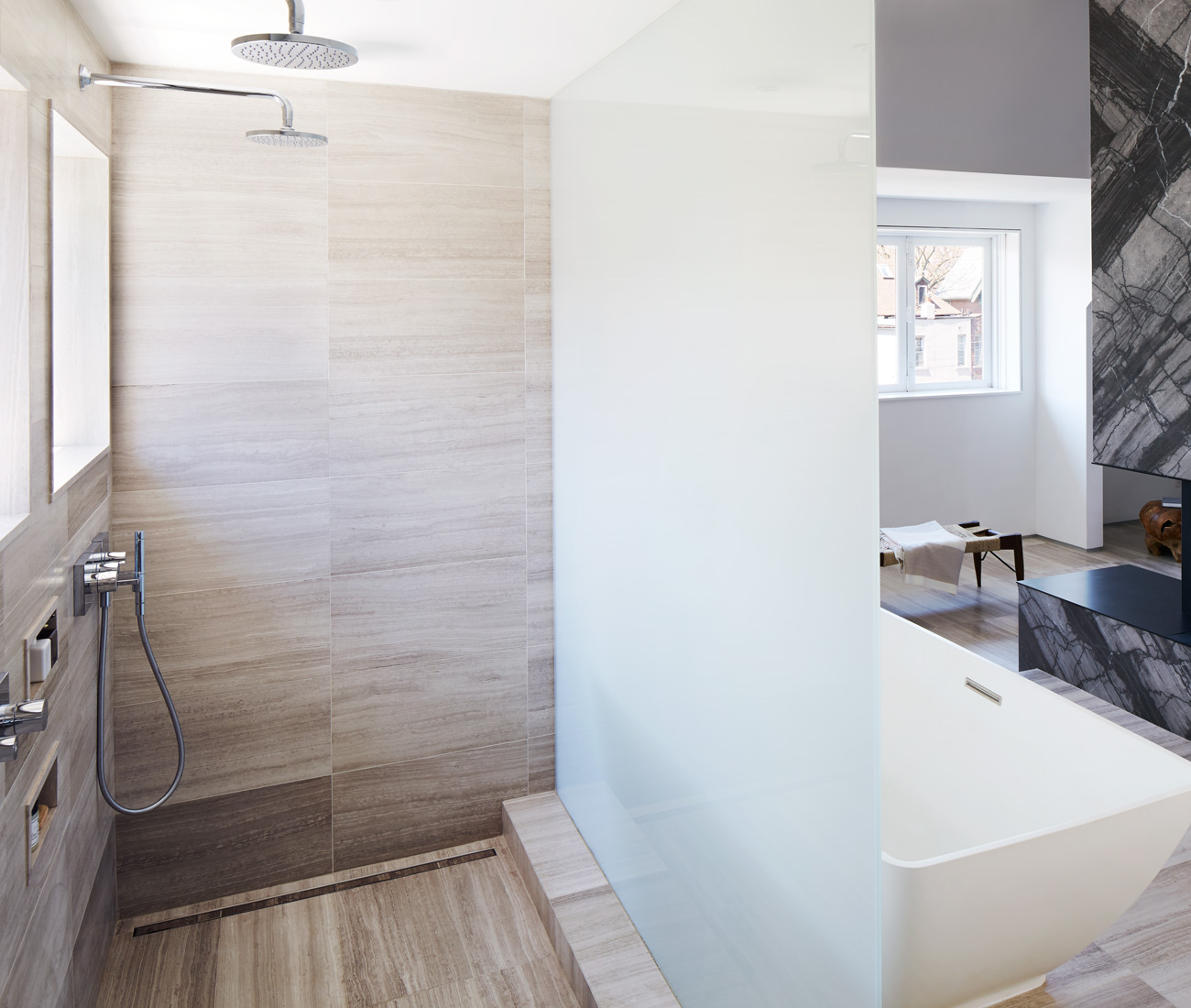 A frosted glass wall behind the tub shields a sunlit shower nook, built opposite the water closet. Travertine from Stone Tile – chosen for its soft and welcoming natural texture – runs throughout, covering the floors in both the bed and bath areas, and extending up onto the walls in the shower and vanity backsplash.

Originally published in our 2017 Special Guide Edition as Chamber Jazz.