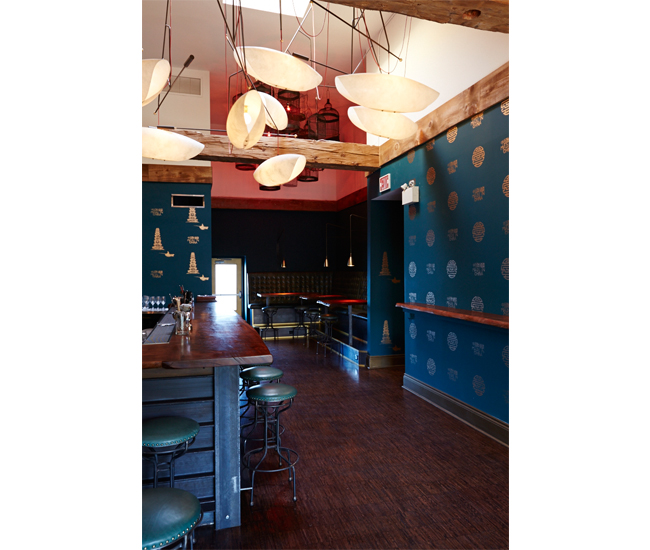 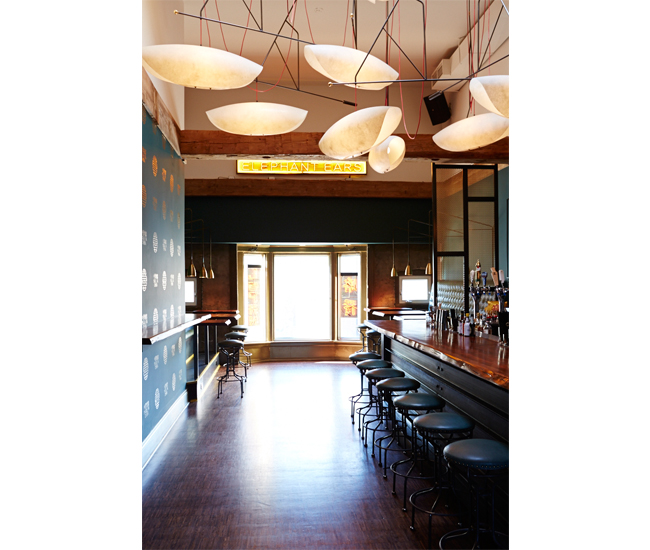 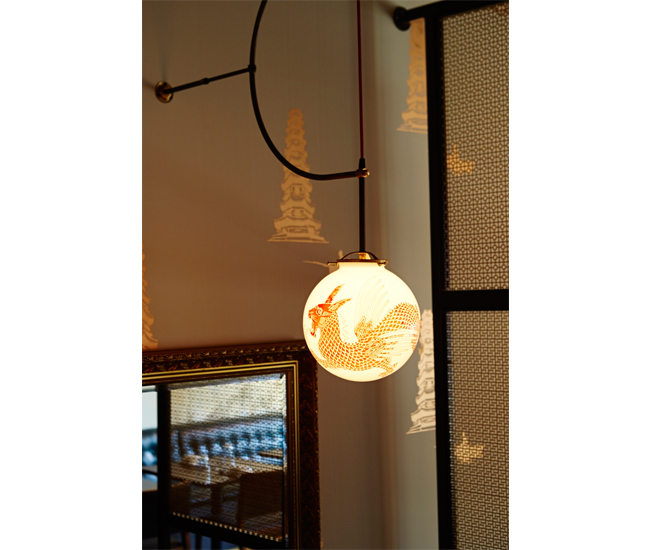 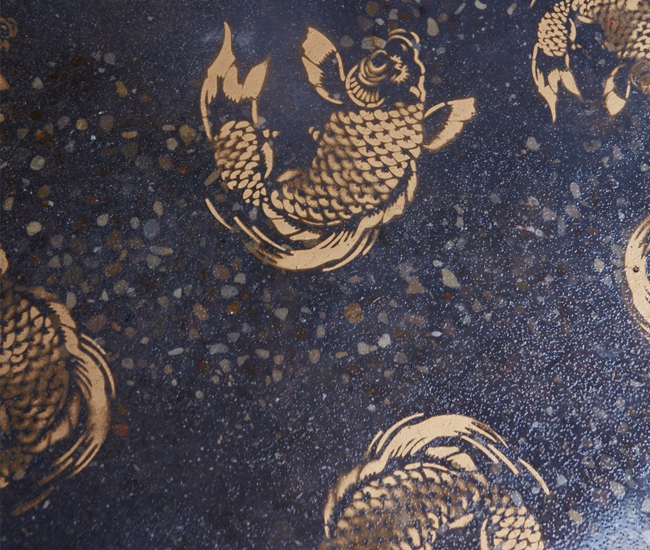 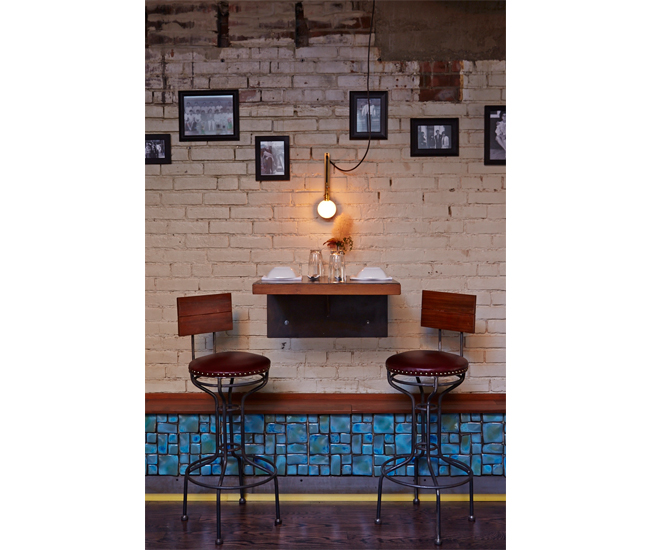 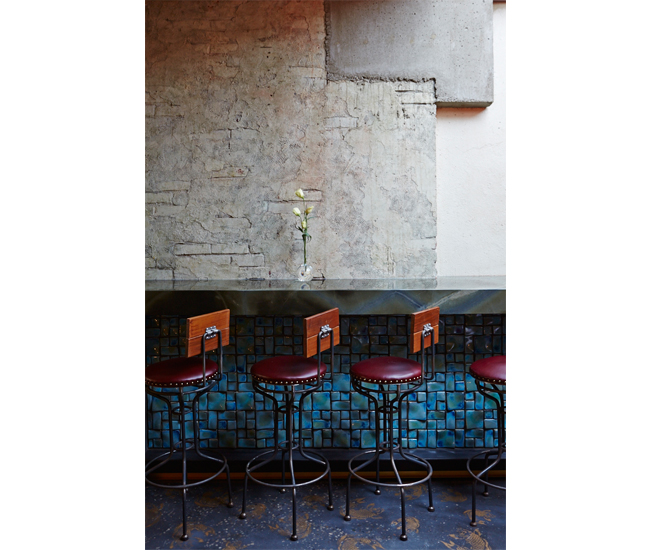 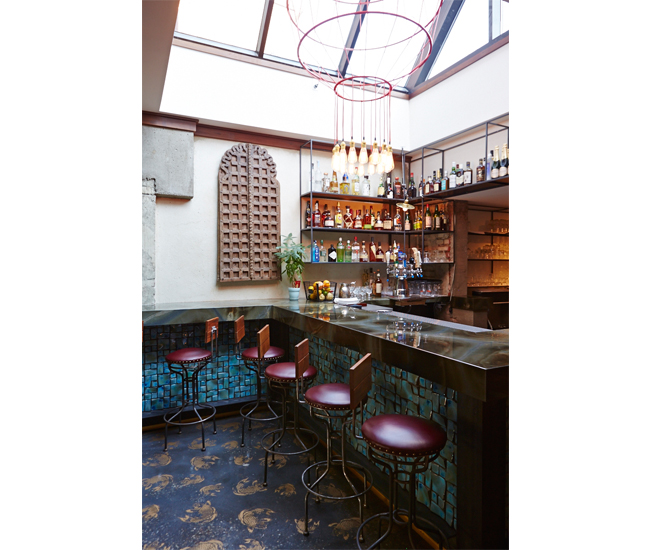 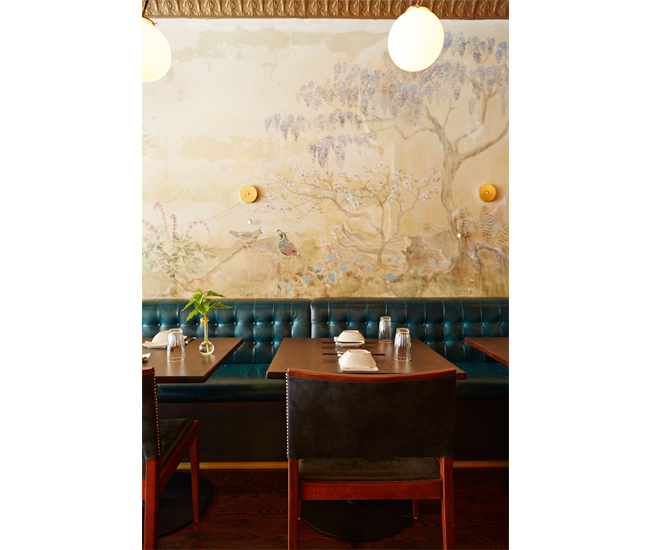 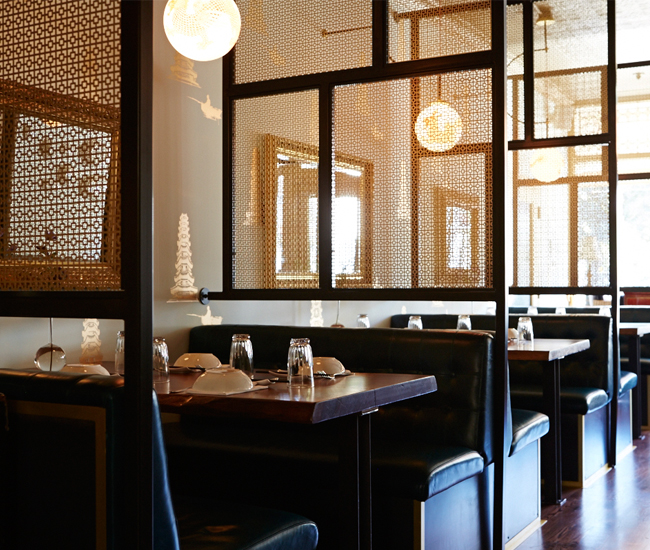 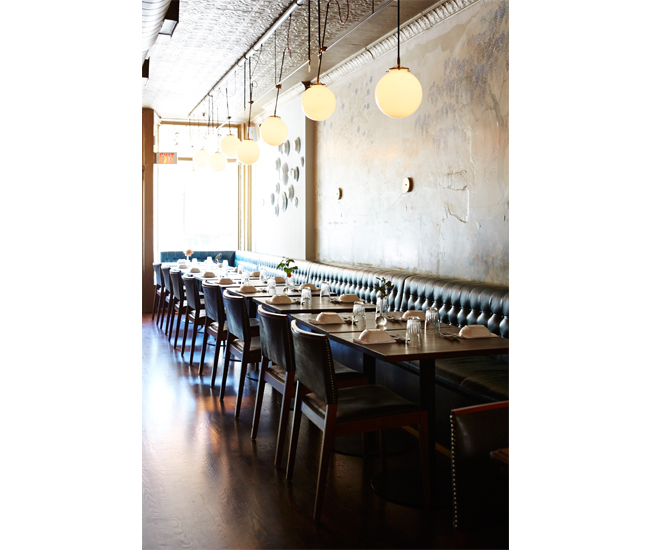 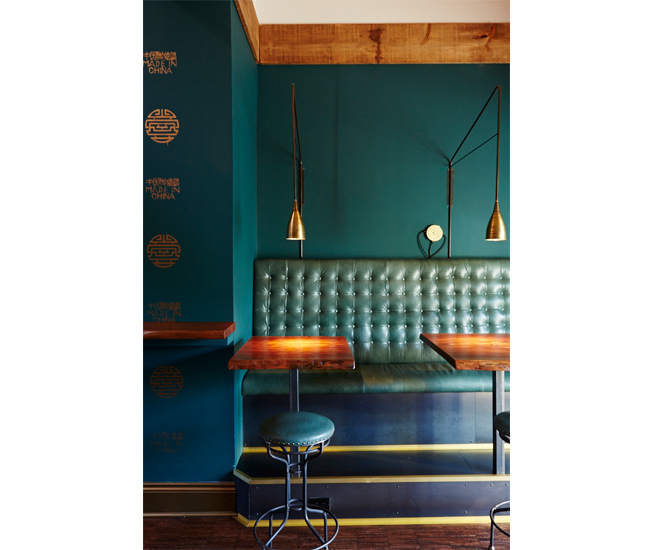 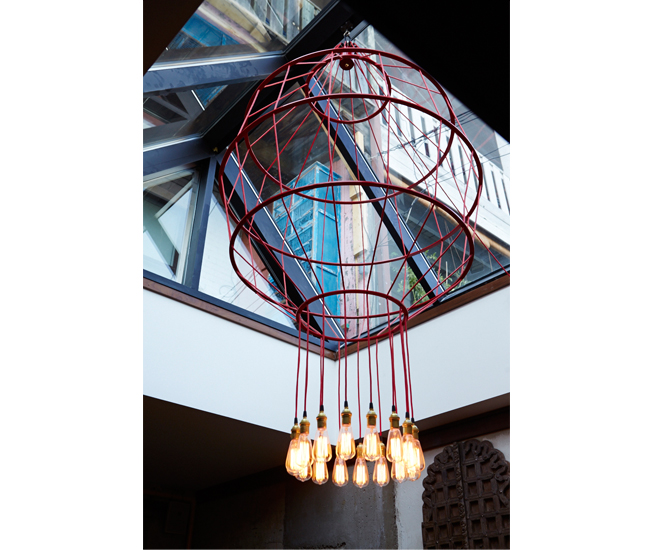 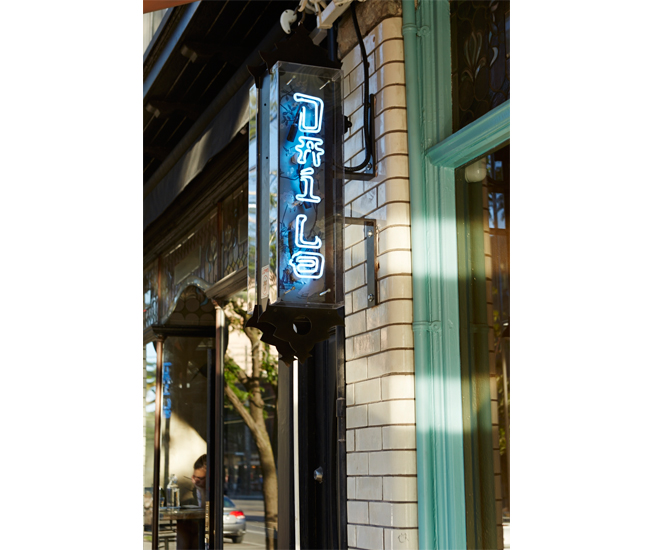 Toronto hasn’t seen anything quite like DaiLo before: an unexpectedly refined dining space serving New Asian Cuisine, or what the owners bill as “#sickasianfood.” At the front are tufted teal banquettes partitioned off by elegant filigree screens; across is a delicate, hand-painted mural channelling French Orientalism circa 1750. The space is a departure for Ian Rydberg, founder and principal designer at Solid Design & Build Inc., whose previous restaurant projects – like the scruffy-hip La Carnita next door and Valdez – tended toward the industrial (with street art accents). The dining room’s visual focus is a huge skylight anchoring the main bar, which was once an enclosed courtyard: in the early evening, diffuse sunlight bathes the green marble bar below in a soft glow, while at night, it’s illuminated by a bright red cage made to resemble a Chinese lantern (one of many eye-catching lighting designs by local firm Milke Bau).

Chef Nick Liu (also known as @Ninjachefnick) brings a promiscuous, high-low sensibility – and some serious culinary swagger – to his menu, which draws on his family’s Chinese cooking (mainly cuisine from the Hakka region), his classical French training at Canadian and international restaurants, and his signature flair for using local and sustainable ingredients. Take the Big Mac Bao ($5), a two-bite steamed bun that tastes uncannily like its fast-food namesake (but took countless rounds of tweaking to get right). Even better is his Sweet and Sour Pork Hock ($13), a recipe cribbed from his grandmother but elevated with a palate-cleansing jellyfish slaw, and his Whole Fried Giggi Trout ($30).

Upstairs is a cocktail and snack bar called LoPan, with neon signs, a live-edge mahogany bar and bartender Shane Mulvany’s inventive and Asian-inspired craft cocktails, like the Tom Yum Booze ($15). As night descends and noise levels rise, it feels like some kind of out-of-time Kowloon speakeasy hidden away above the refined dining room below. dailoto.com