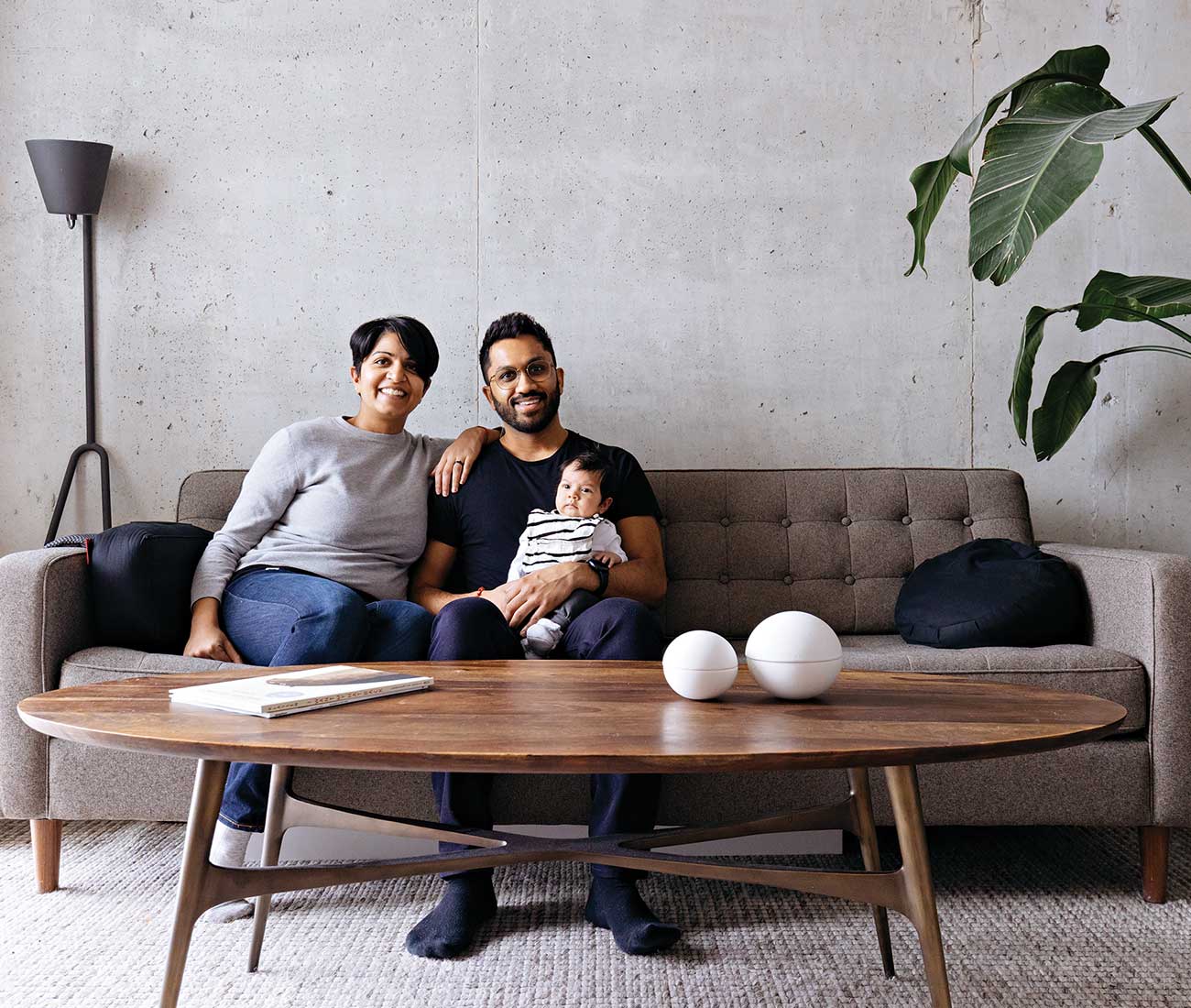 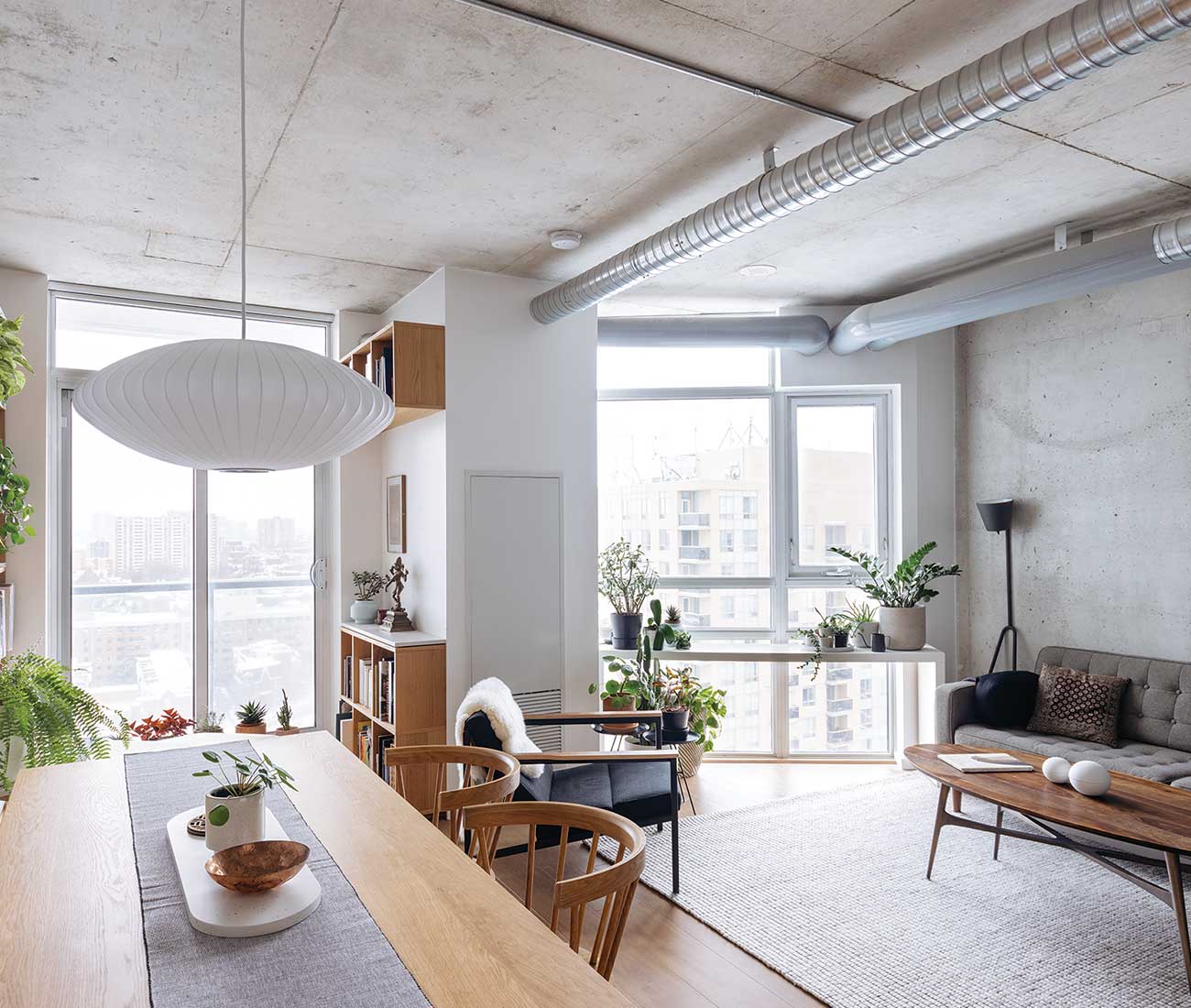 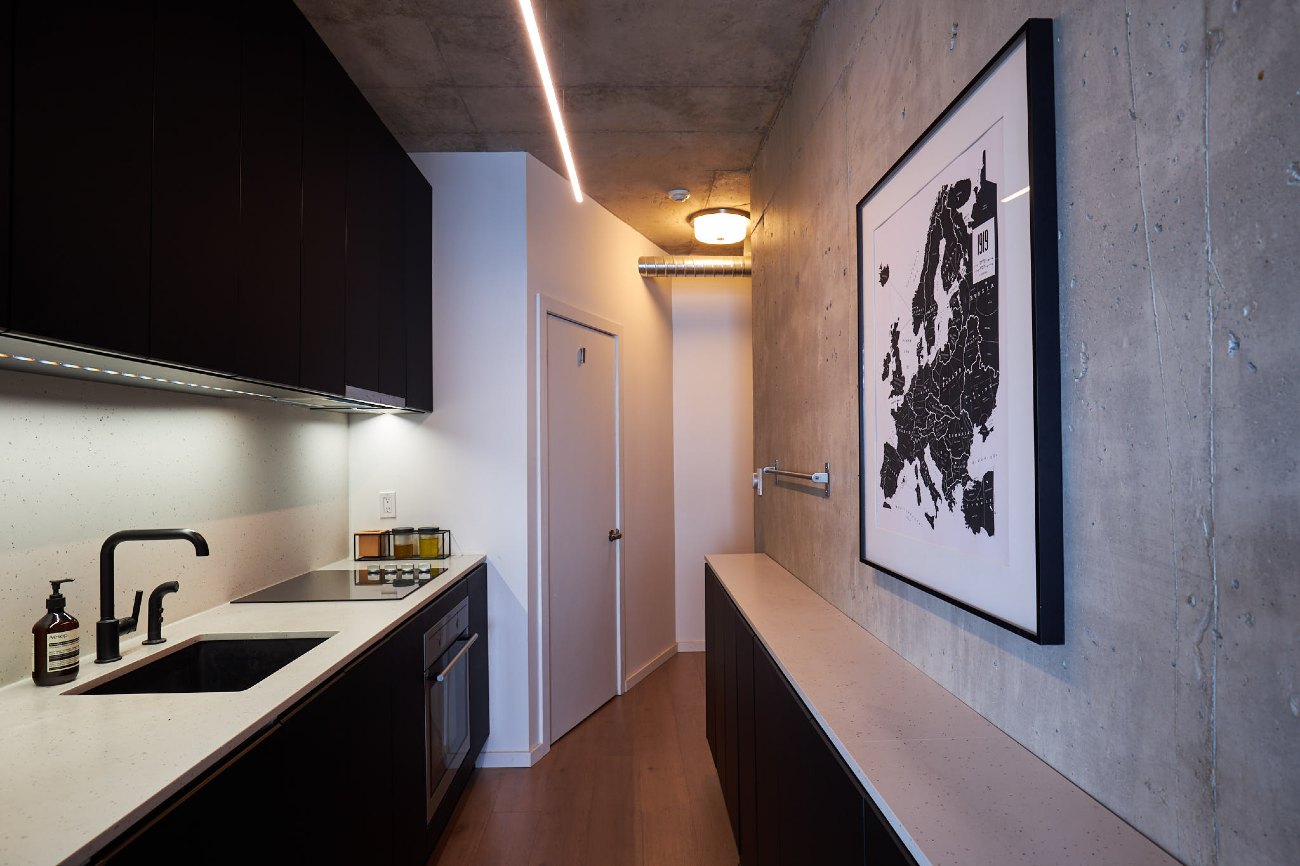 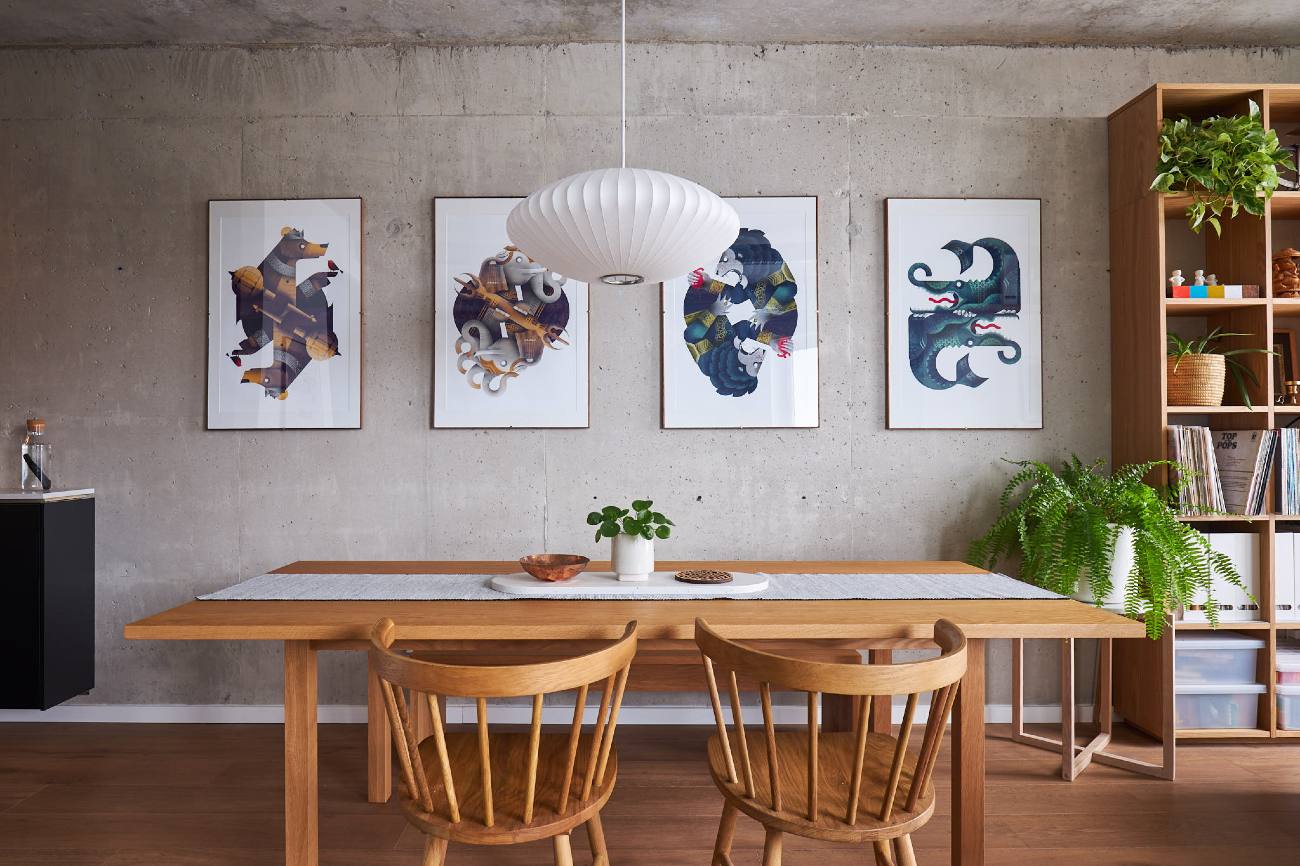 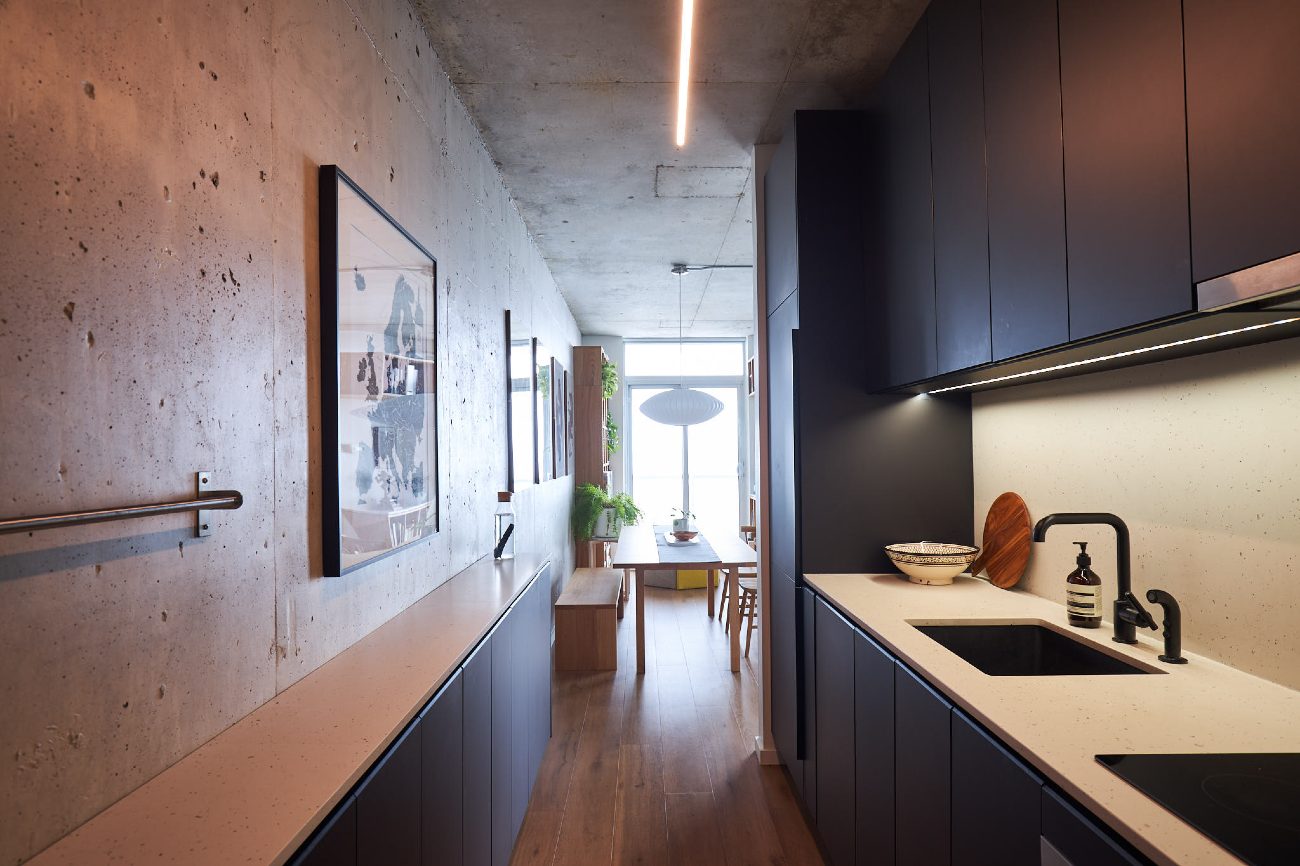 Terrazzo-look Caesarstone clads the kitchen cabinetry, which is hacked IKEA. The light fixture above is from EQ3. Cooktop by Bosch; faucet by Kohler. 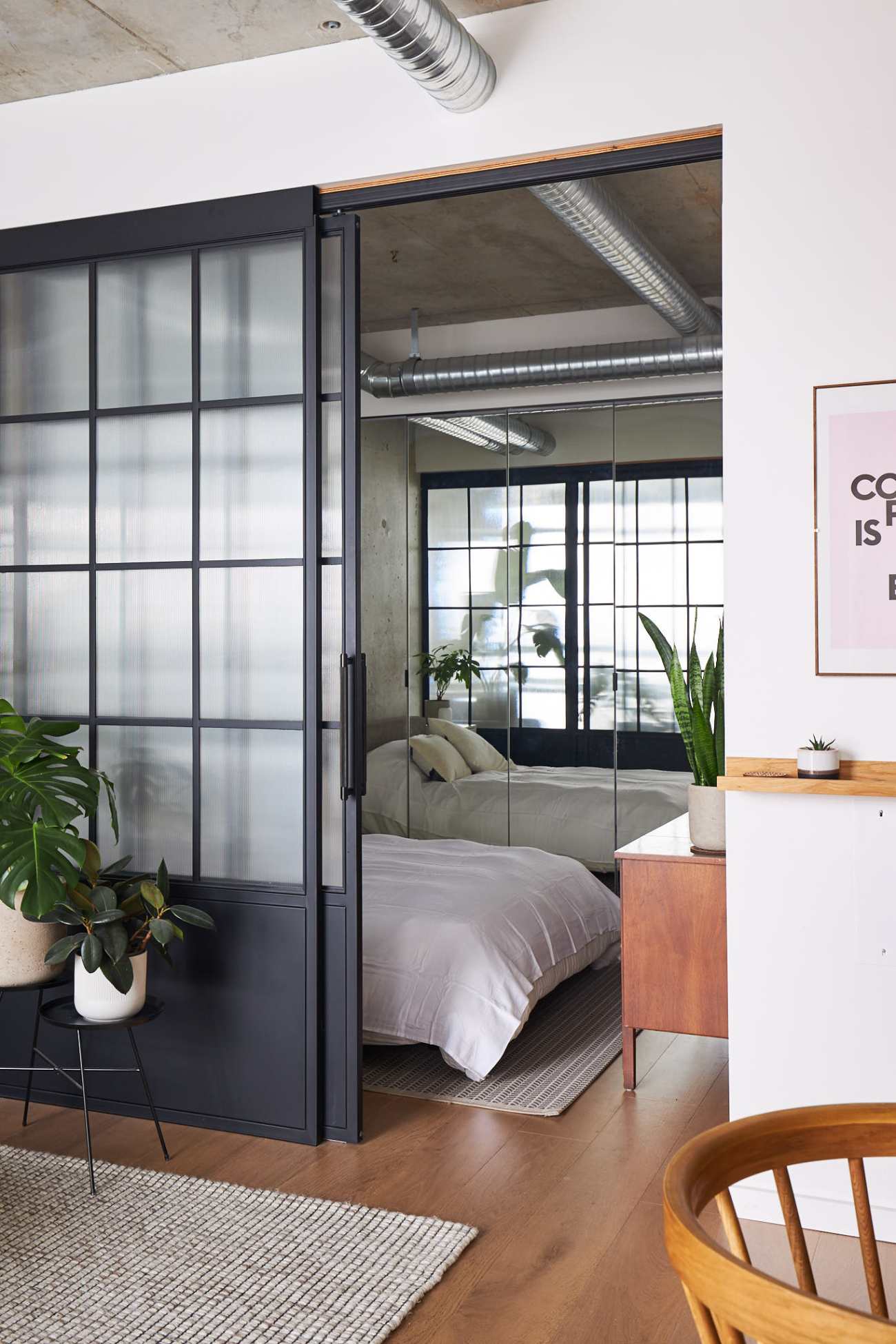 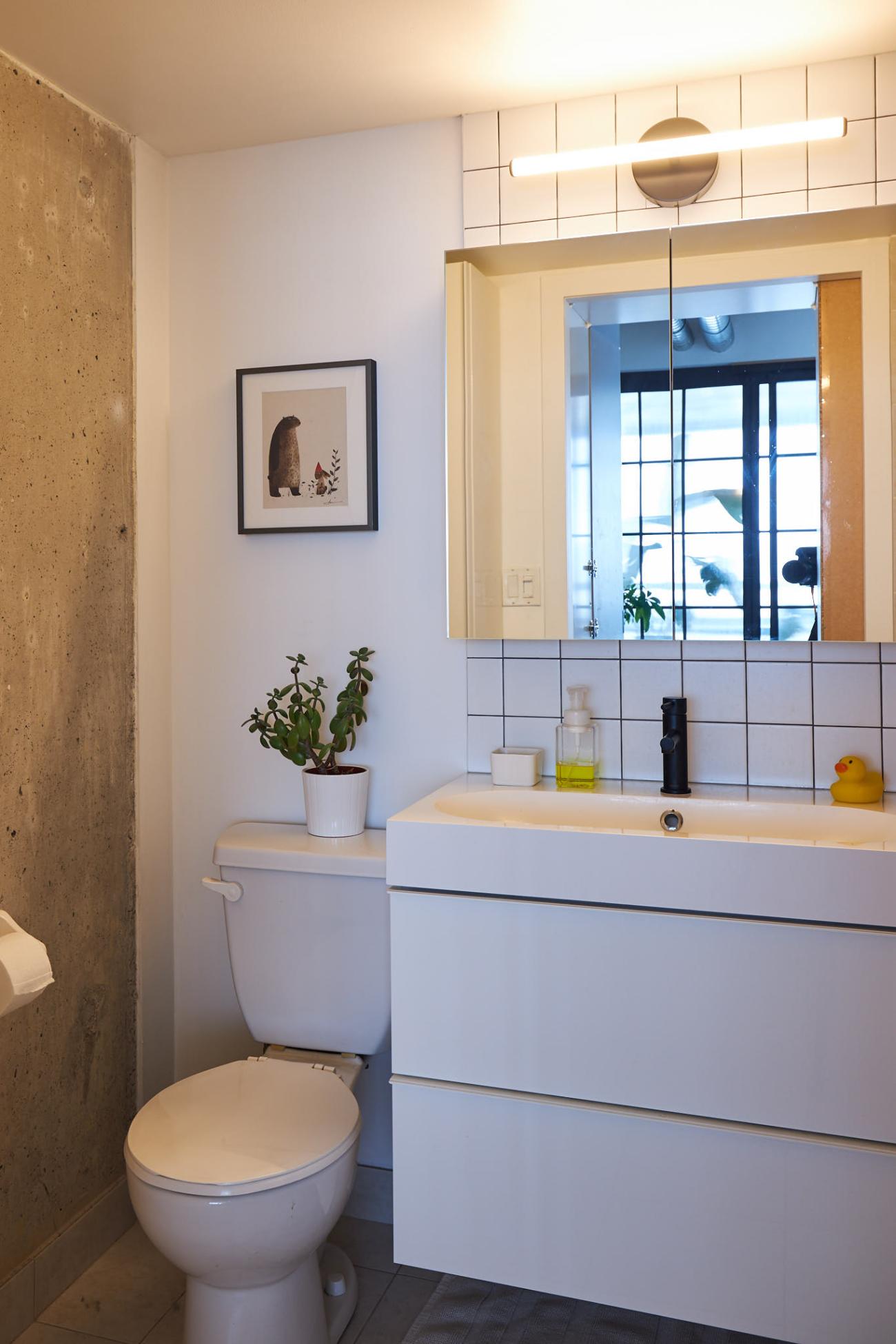 “It was the worst layout we looked at,” says Bhavesh Mistry of the 62-square-metre West Queen West condo he and wife Reena purchased in 2018. Their real estate agent didn’t even want to show them the unit after it failed her pre-screening, but they were undaunted. Bhavesh, now an art director, is an engineer by education, and Reena, a multidisciplinary designer, has a master’s in architecture. Both work full-time and have a graphic design side-hustle called Humble Raja, creating contemporary coasters, prints and playing cards infused with their Indian heritage. “We could see the place’s potential,” says Reena, “and before we got the keys, we had made detailed plans and drawings.”

What they liked: the eight-year-old condo’s West Queen West location. What they didn’t like: just about everything else. The living area, next to an outdated kitchen, was too skinny to fit more than a couch. Nearby, an equally narrow guest bedroom gobbled up valuable square metreage. The more spacious master was dark because it had no natural light, even though the interior partitions stopped just short of the ceilings to let sun trickle in – a move that killed privacy and allowed the softest of whispers to echo between the raw concrete floors, walls and ceiling.

The couple’s path to their dream Scandinavian-inspired space involved many evenings and weekends wielding table saws and drills. The results show how smart design can improve a paltry condo. The kitchen now sings with pale Caesarstone counters that pop against jet black cabinets (IKEA product that looks custom because Bhavesh cut the panels into more elegant proportions). With the guest room gone, the living area spreads out with space for a dining table, sofa and chairs. The master is now enclosed with a translucent screen that filters light, an effect amplified by an adjacent wall of mirrors. Thankfully, sound-absorbing oak-finished cork floors were installed just in time for the Mistrys’ first baby, Layla, to arrive in December 2019. “Right now, she’s sleeping in our room,” says Reena. “As she grows up, we might not be able to stay in the condo. But until then, we’ve made the place work” – both for them and, hopefully, for whoever lives there in the years to come. HUMBLERAJA.COM