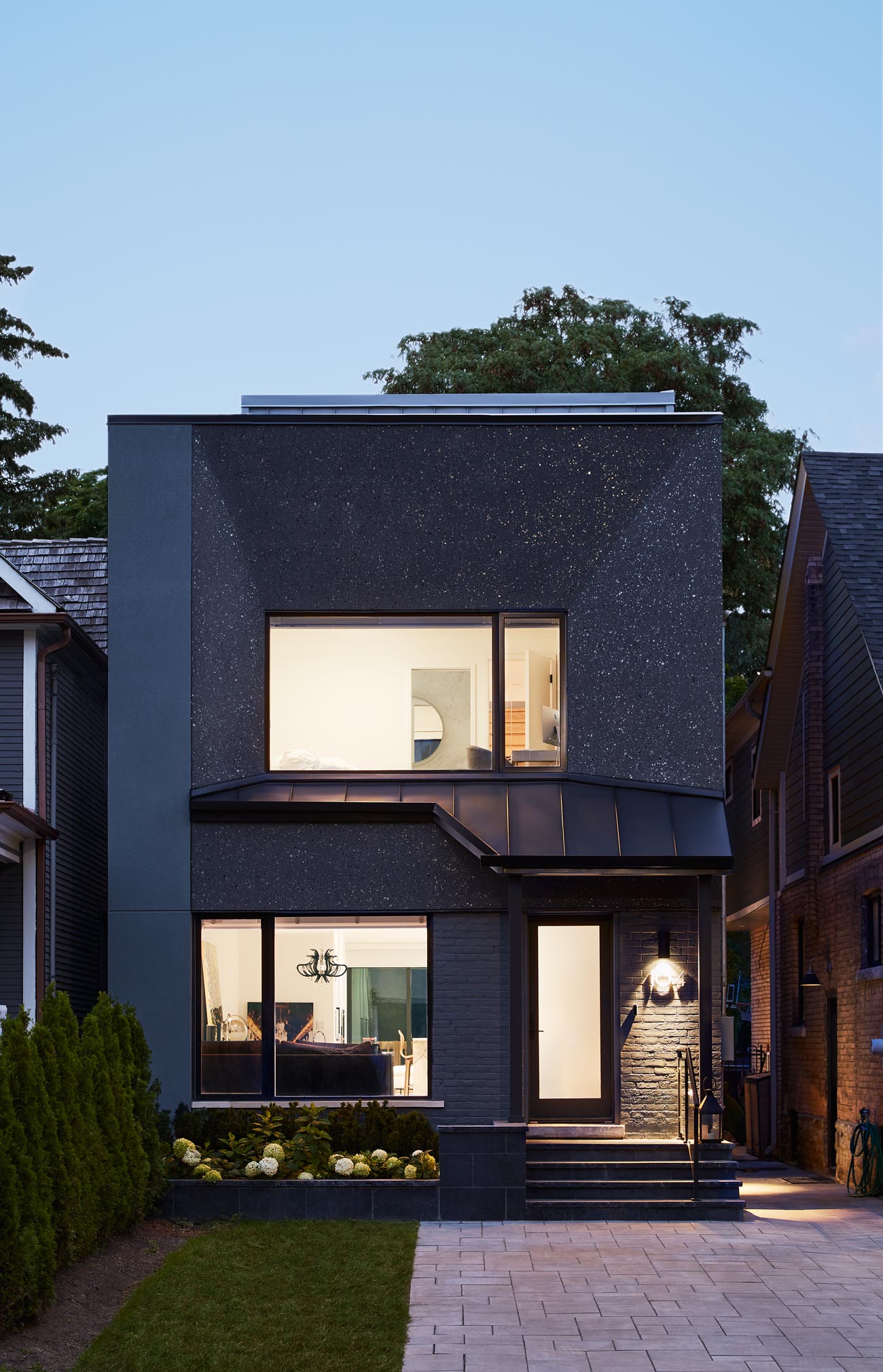 Old homes inherit more than just antique windows and stonework: they’re bequeathed zoning from another, more lenient time. In Sherwood Park, These Architects found themselves with just such a place, a one-bedroom, one-office 1920s Dutch gambrel whose walls directly abutted the property line and could not be rebuilt as such. “Had we torn down the whole house, we would’ve had to abide by new bylaws,” explains These Architects principal Gina Schafrick. “We would’ve lost more than three feet in the width of the house.”

The homeowner, a mother of three daughters – with three dogs thrown in for good measure – would need every square foot she could get, so aside from the critical outer walls, the house was wholly gutted. In its stead rose a practically new home with a design driven by the demands of a busy family, which meant one thing first and foremost: more bedrooms – a lot more.

These Architects carved out space for four bedrooms, each with an ensuite, by reallocating space on the second floor and adding a third. The latter’s footprint is smaller than those below it, creating dramatic setbacks on both the front and rear of the home to leave room for expansive decks for each bedroom and conceal the added height from the street.

Downstairs, the open-concept kitchen and seating area provide ample room for the family to gather. Natural light is abundant courtesy of floor-to-ceiling sliding glass doors and cutouts alongside the home. A proper family room, meanwhile, is tucked away in the newly underpinned and dugout basement. All told, These Architects grew the home from 2,150 square feet to more than 3,600, softening its high-contrast palette with herringbone white oak flooring and a novel use of pattern. “There’s playfulness in some of the tile work,” remarks These Architects principal Colin Grant, “but it still retains a monotone character throughout the interior.”

Like everything behind it, the facade is a modern remake. Building on the original masonry foundation, These Architects nestled the second storey window in a canted recess. Covered in mica-infused stucco, its clean angles glimmer in the sunlight – proof that even a banal start can end with a star turn. THESEARCHITECTS.COM