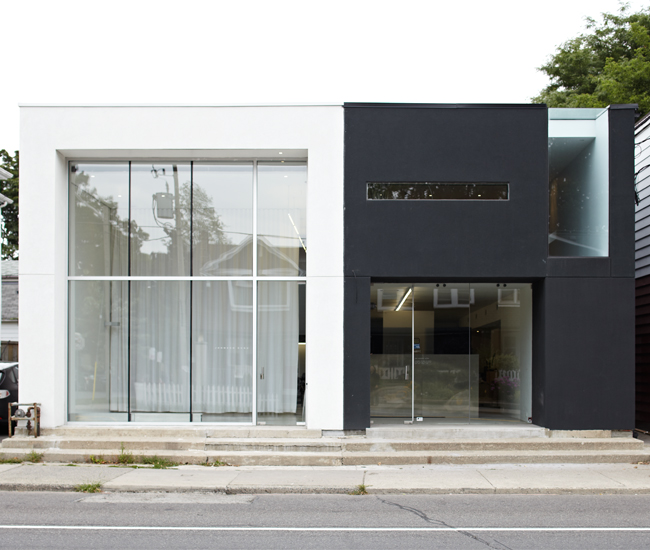 There’s one of those abstract, colour-block paintings hanging on the wall in this apartment – the kind that makes you wonder where art (or your understanding of it) went wrong. But if you step closer, you see its not just shades of white. The highly detailed painting by Polish artist Jaga Jarosiwicz is, in fact, composed of hundreds of words painted in a subtle grey.

“It’s a metaphor for the work we do,” says Johnson Chou, principal of the eponymous architecture and design firm responsible for this remarkable little space on Woodbine Avenue. At 84 square metres, it’s not the smallest space you’ll see in this city of diminutive condos. What Chou and senior associate Silke Stadtmueller have done, though, expands it considerably, allowing it to be both highly functional and essentially blank at the same time.

“One of the things I have been exploring over the years is how to make spaces transformative,” says Chou, whose firm has also worked on two Blowfish restaurants as well as the Toronto office of Red Bull, where sliding, tilting and pivoting planes define and shape the space.

Walk into this second-storey apartment before it’s set up for entertaining and you’ll see just a few furnishings framed by white walls. A stainless steel counter sits at one end of the open living space. Then, abracadabra: a slab of wood underneath the countertop pivots out to become a table for seven. Out of nowhere come the Panton chairs to surround it. Doors in the white wall beyond the counter open to reveal a stove, oven, sink, fridge and cupboard space. An adjacent hallway leads to the inner sanctum, made up of a bedroom and a bathroom that can be reshaped via a series of sliding walls. Further along, this hallway leads out to a custom-furnished rooftop garden.

“This started as a light-hearted exercise of conjuring the narrative of my lifestyle and evolved into a new exploration into ritualizing the commonplace,” says Stadtmueller. The German architect came to Canada five years ago and collaborated closely with Chou on what would become her own apartment.

Chou’s firm also uses the space as a showpiece for clients, to demonstrate how particular architectural devices can work, and as a way to illustrate the basic notion of flexible design that Chou is pursuing. “Some of these elements you’d see in high-end places,” he says, referring to custom pieces like the single unit that is bed, bath and sink (specified for a unit in the 75 Portland condo building). “We wanted to figure out how to achieve a similar look in an entry-level home.” 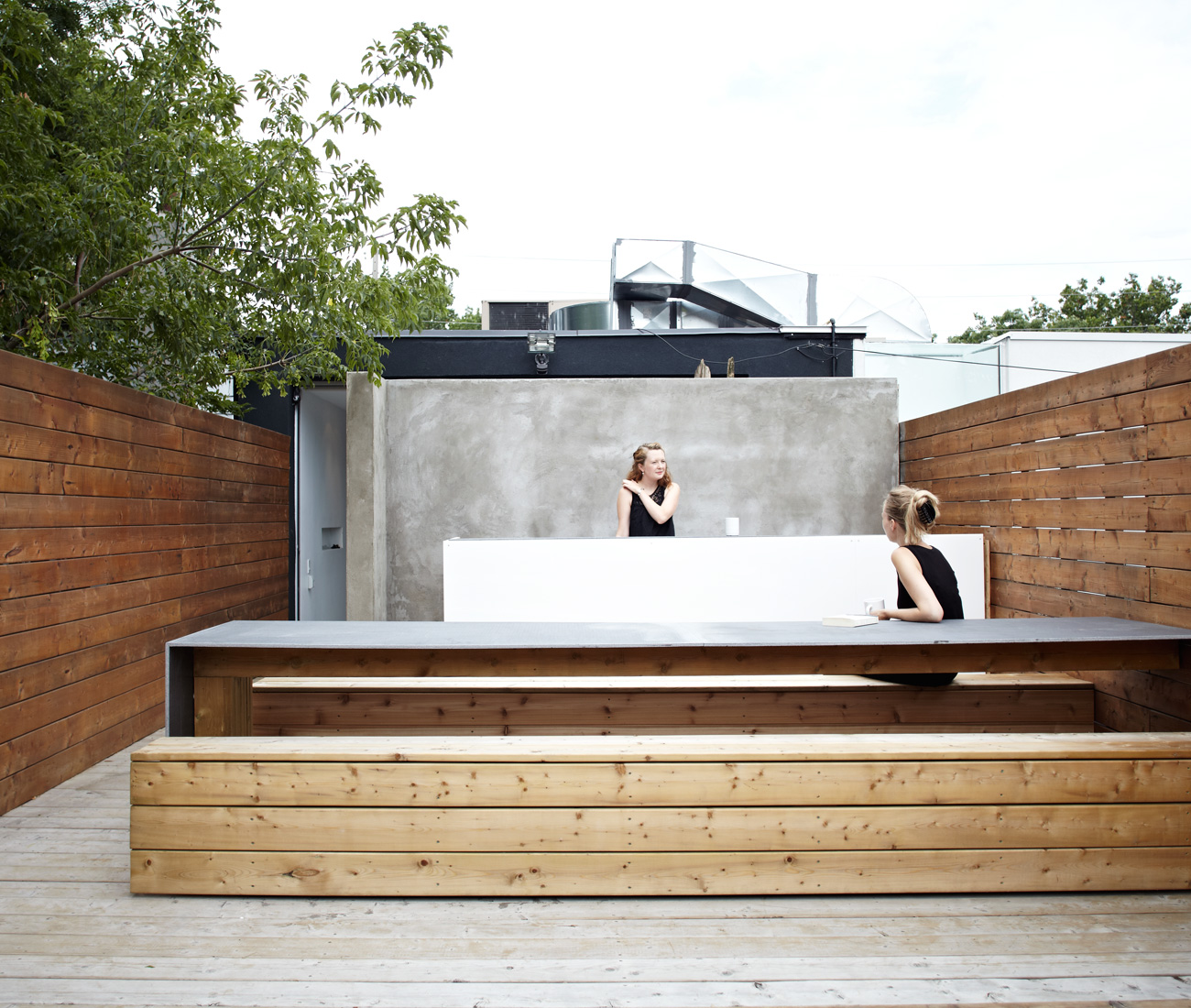 Johnson Chou Inc. is a multi-disciplinary firm focused on graphics, architecture, interior and furniture design. Current highlights include the recently completed Bang & Olufsen showroom in Yorkville and interiors in condominiums such as 10 Bellair Street and 993 Queen Street West. The firm’s specialty is manipulable, multi-use spaces with clean lines and distinctive forms.

Originally published in our Fall 2010 issue as Moveable Parts.