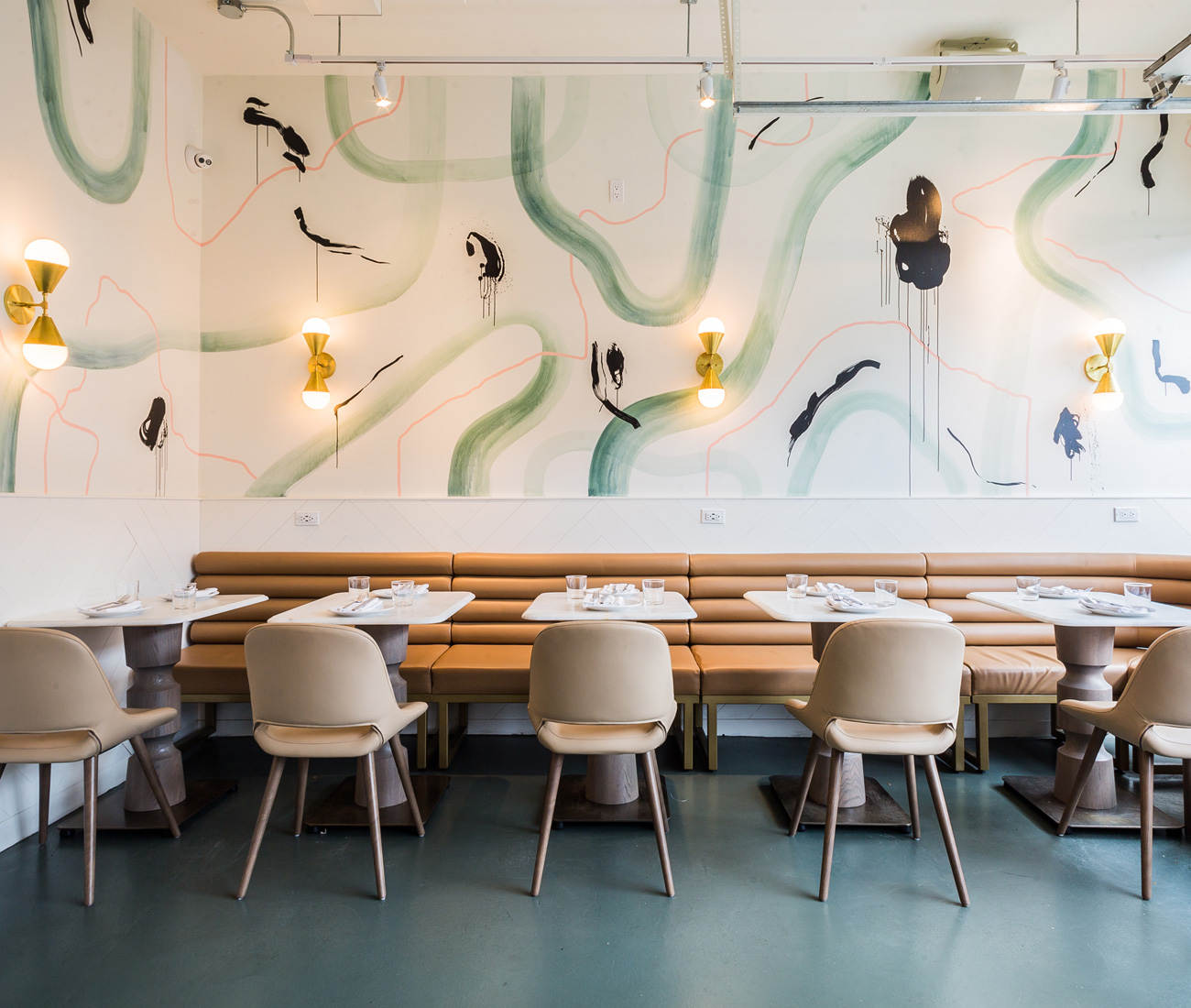 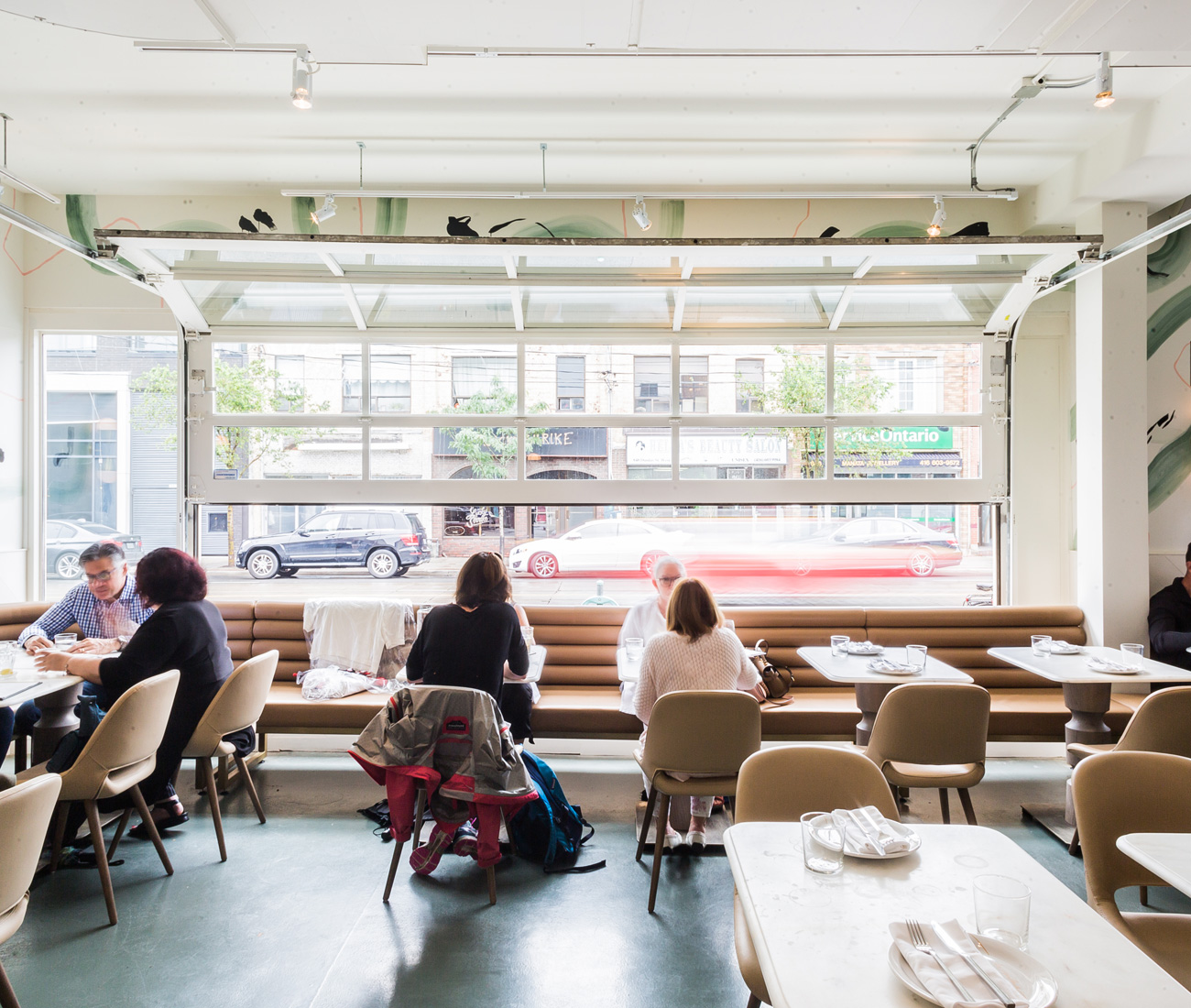 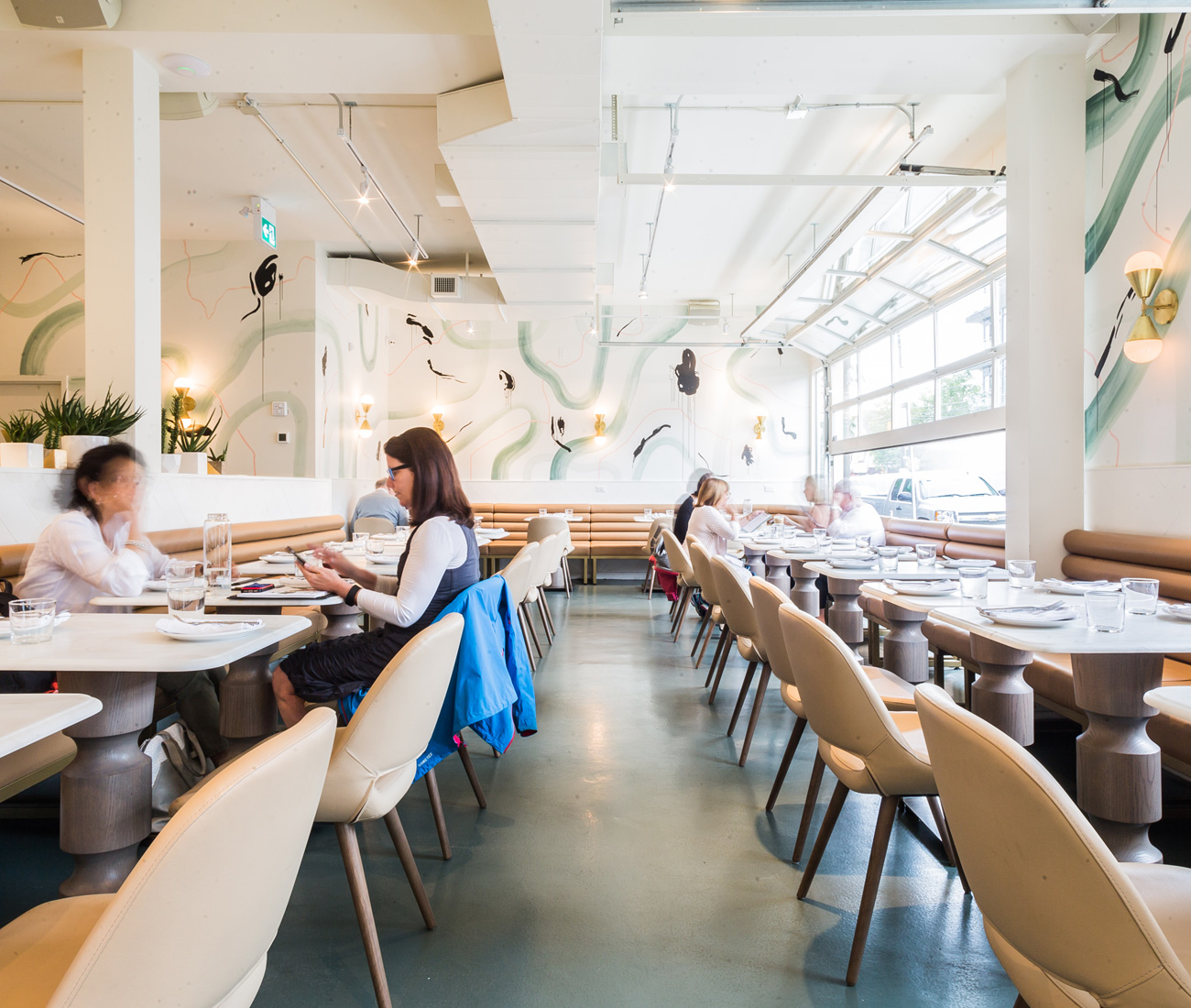 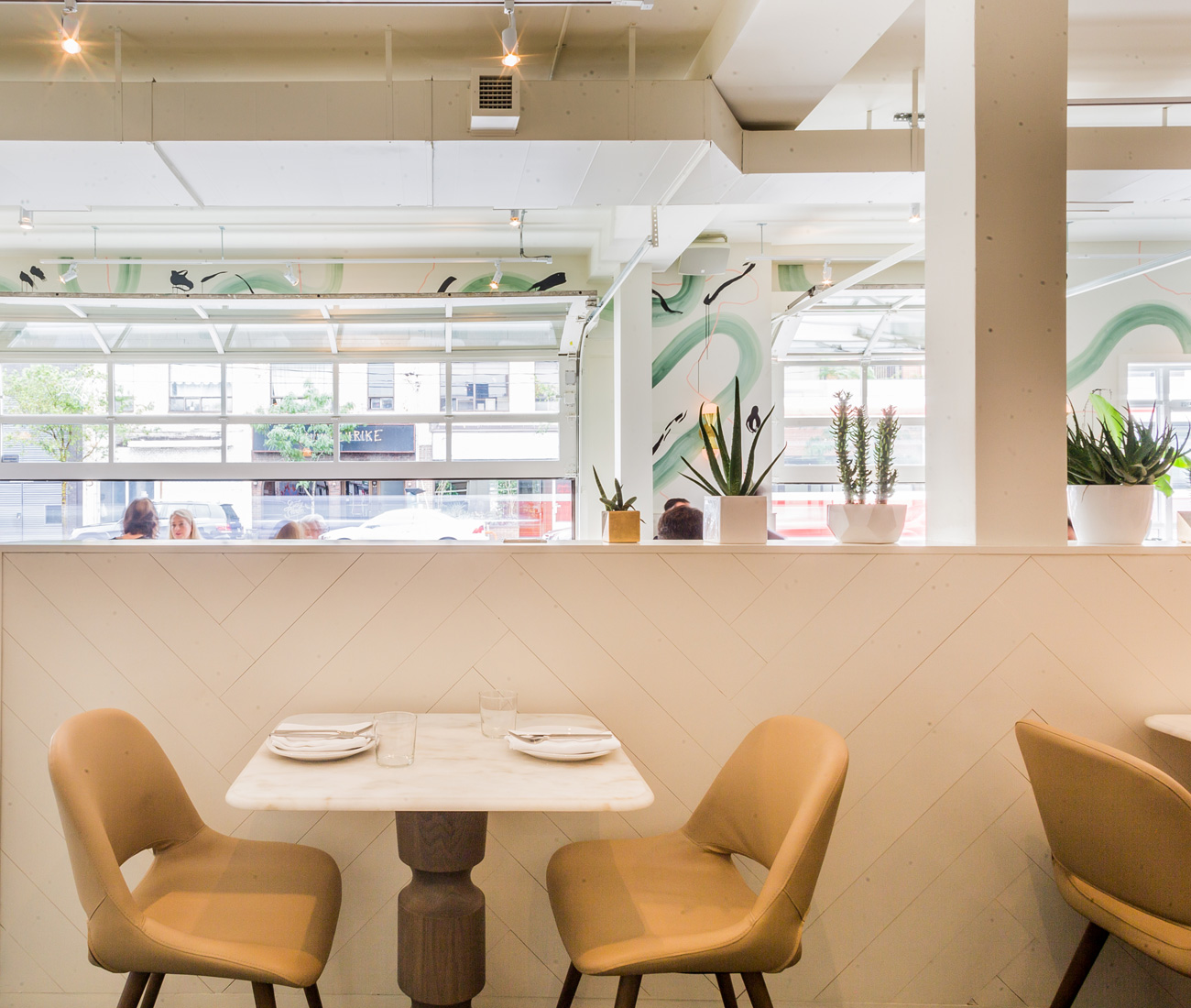 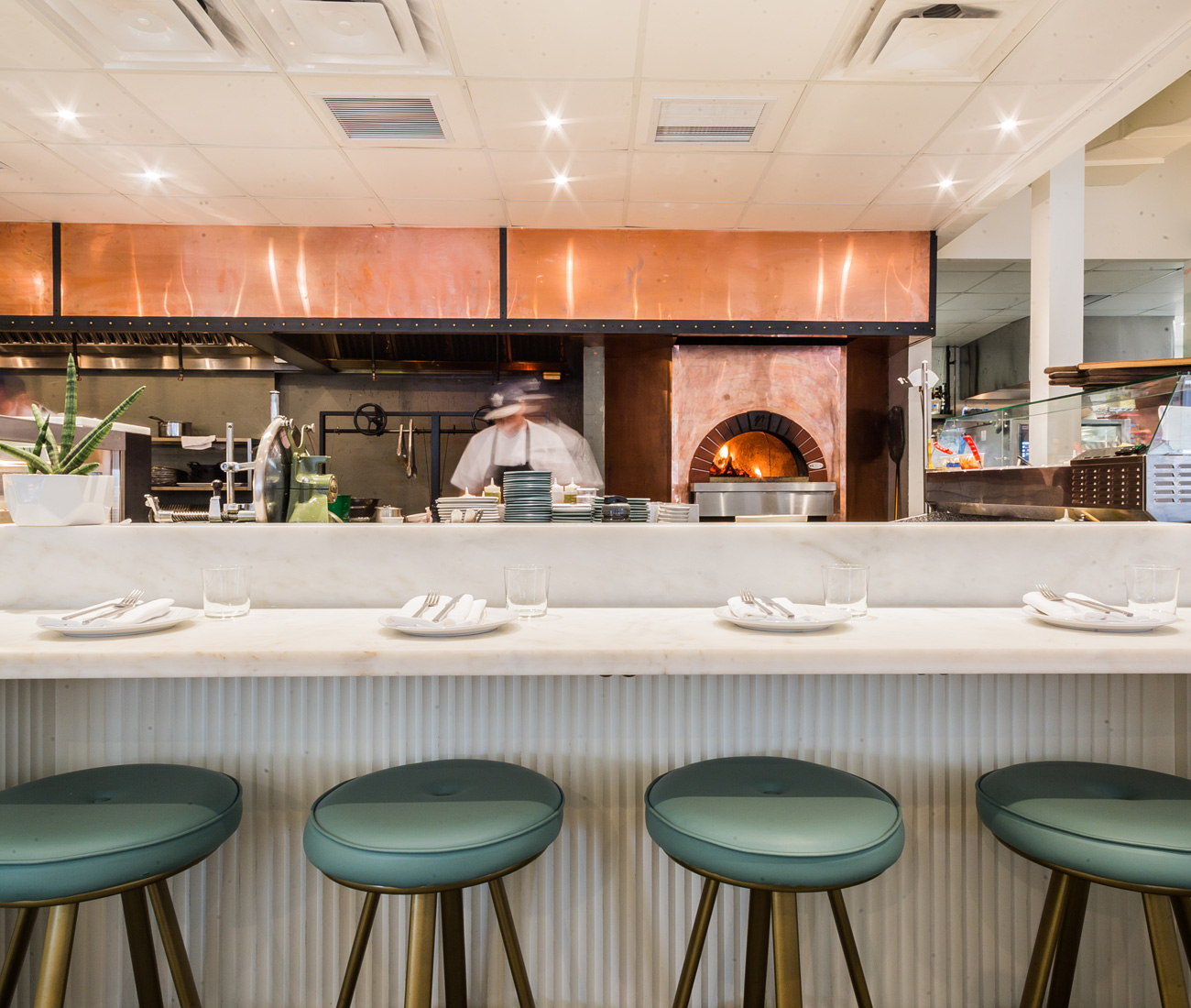 It’s not hard to see the similarities between Toronto’s Trinity Bellwoods neighbourhood and Venice Beach, Los Angeles – both populated with ever-present street art, the trendiest in food and drink and all denominations of hipsters lounging in public green space. It was both the approach to healthy Italian fare and the joyful frenzy of L.A.’s art scene that got interior designer Alexandra Hutchison stuck on a California vision for her second venture with husband-chef Craig Harding. Campagnolo, their first, is across the street on Dundas West. 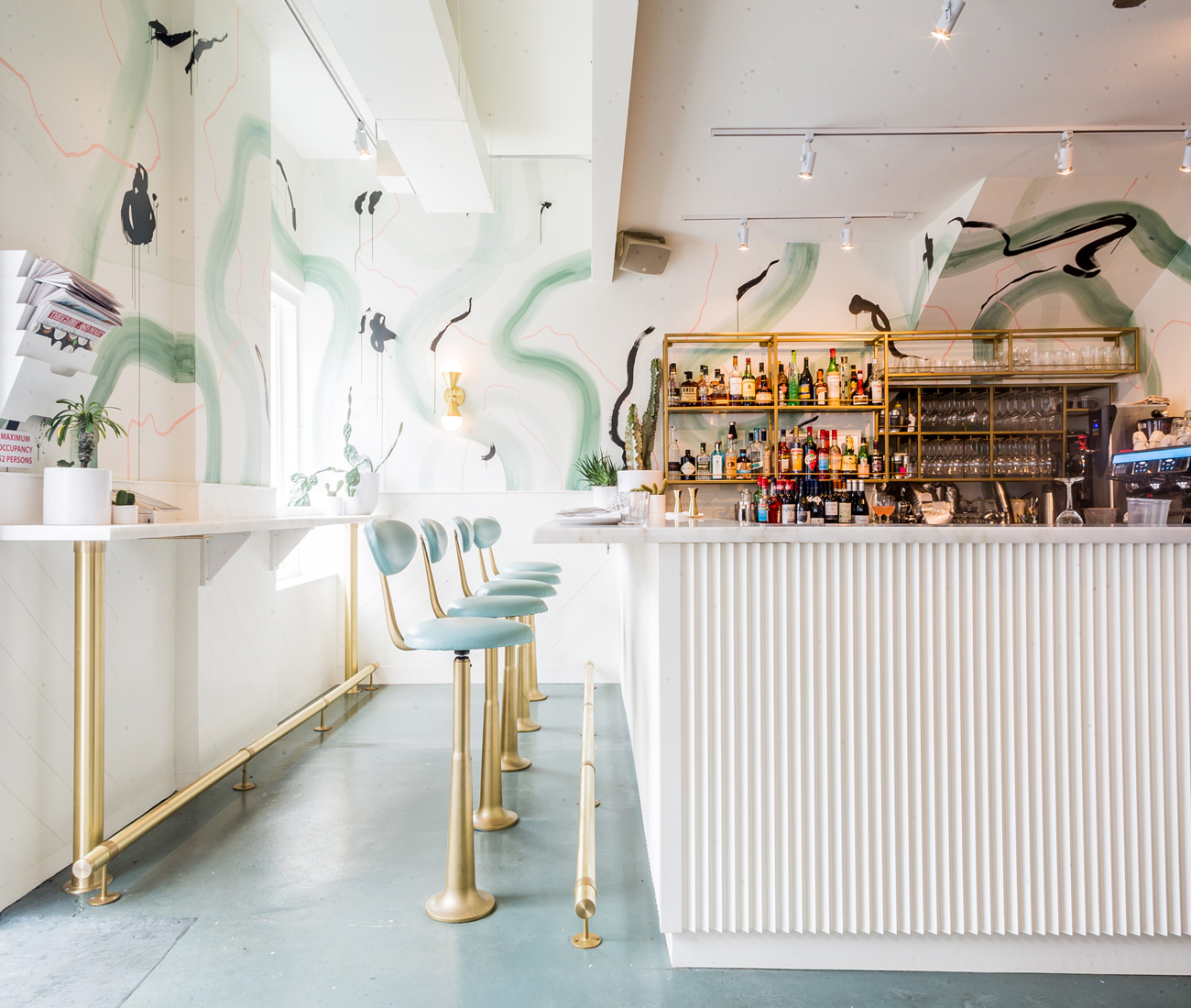 Grounding the restaurant’s design treatment is a mural by local artist Madison van Rijn wrapping four of the walls. Classic brushstrokes fused with the energetic movement of graffiti establish a palette of minty greens, soft pinks and stark whites. The hues are picked up in the Pink Tartan-designed, sailor-esque uniforms worn by servers doling out chanterelles gnocchi and grilled broccolini. It’s all very playful, but Hutchison’s careful layering of tones throughout the space balances the fun with the sultry. Romantic gold wall sconces, for instance, lend a hit of Old Hollywood art deco – apt, considering La Palma was named for a slew of Los Angeles cocktail bars of yesteryear. And modern meets 1950s parlour in the furniture: plush nude chairs balance rollback booth seating and lighten the look of traditional banquets. Stools from former tenant Caffé Brasiliano make an appearance too, refurbished with gold bases and turquoise sustainable vinyl upholstery. 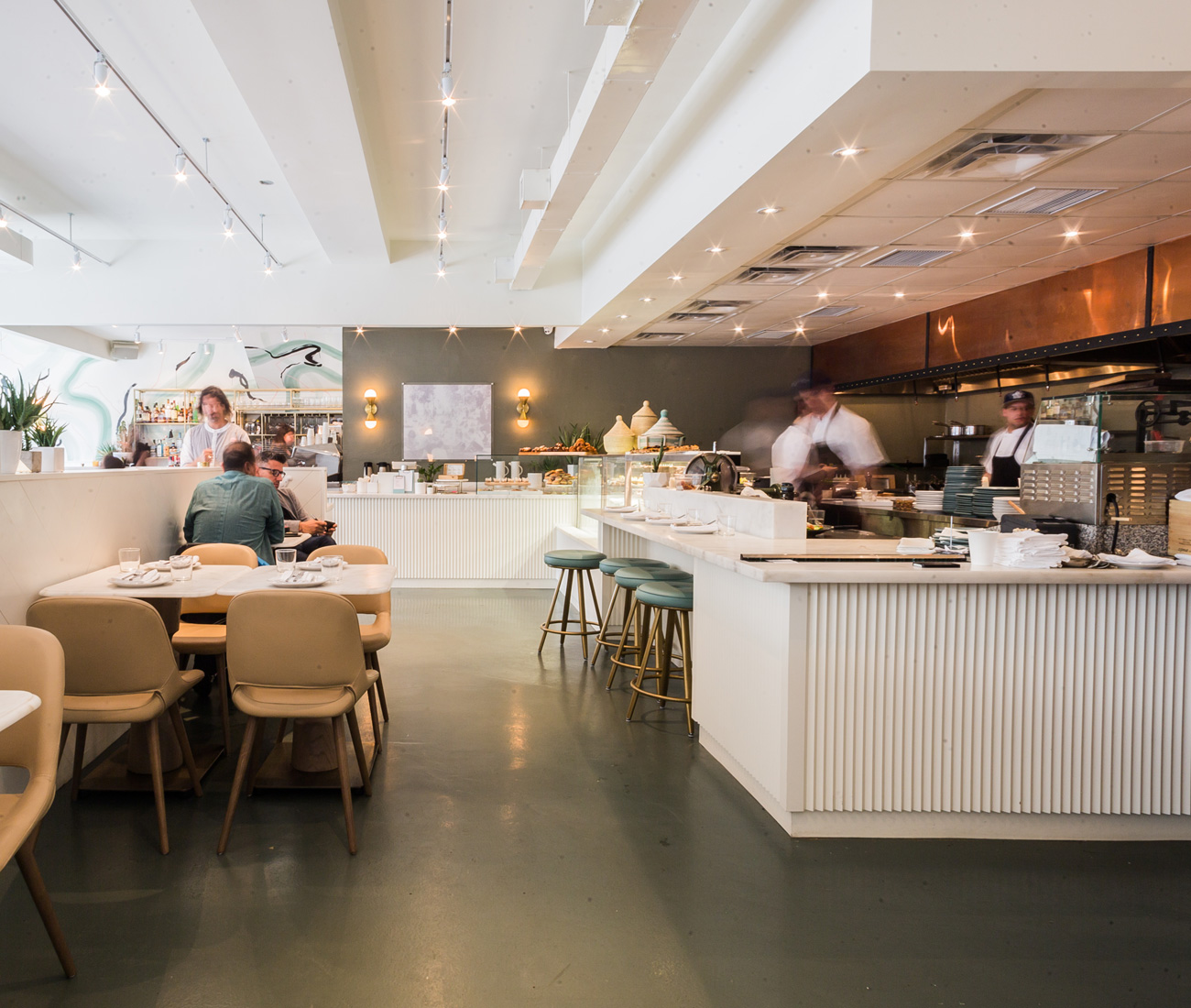 Meanwhile, a white kitchen and bar allows textured geometric cladding, metallic accents and other creative interventions to really sing. “White can be bold, especially in a restaurant,” says Hutchison. “La Palma really became about celebrating the process and creation of art.” Without, that is, allowing the party to get out of control. Even with four walls of paint splatter and a space imbued with different design periods, the clean backdrop keeps things airy and light, so two energies can meet harmoniously halfway. 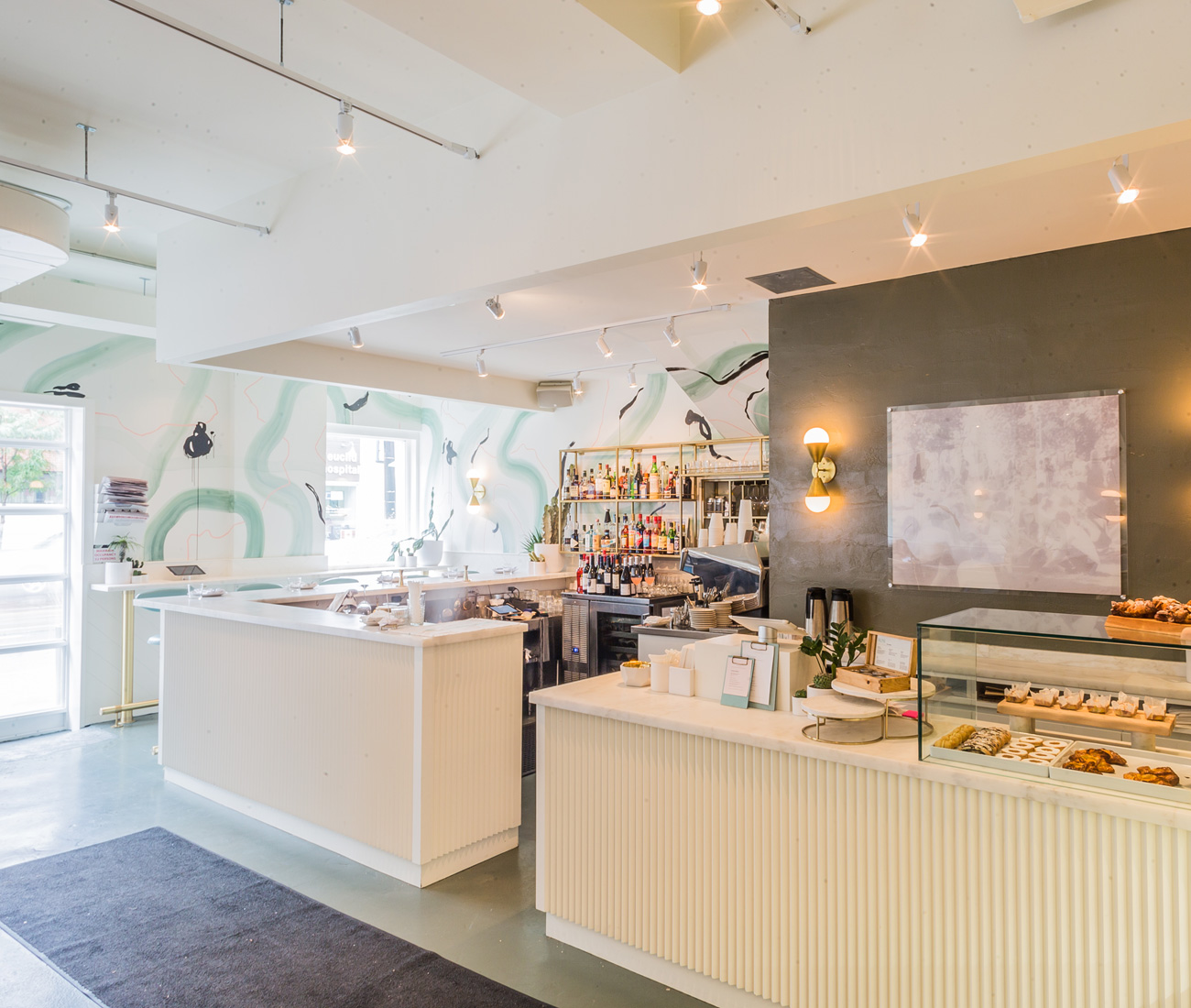 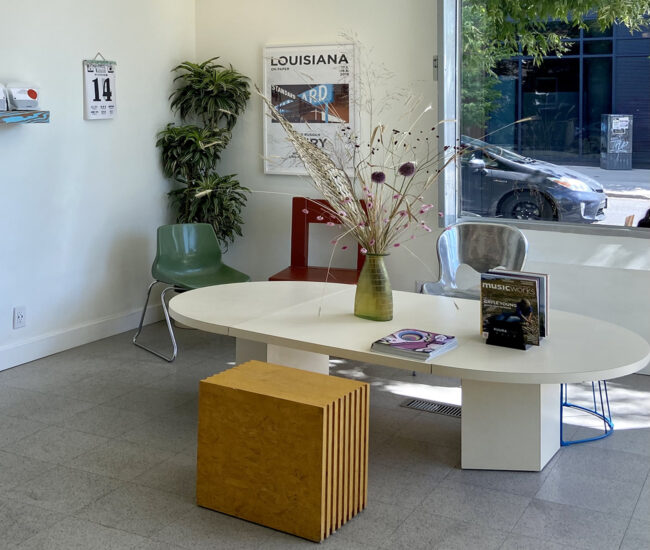