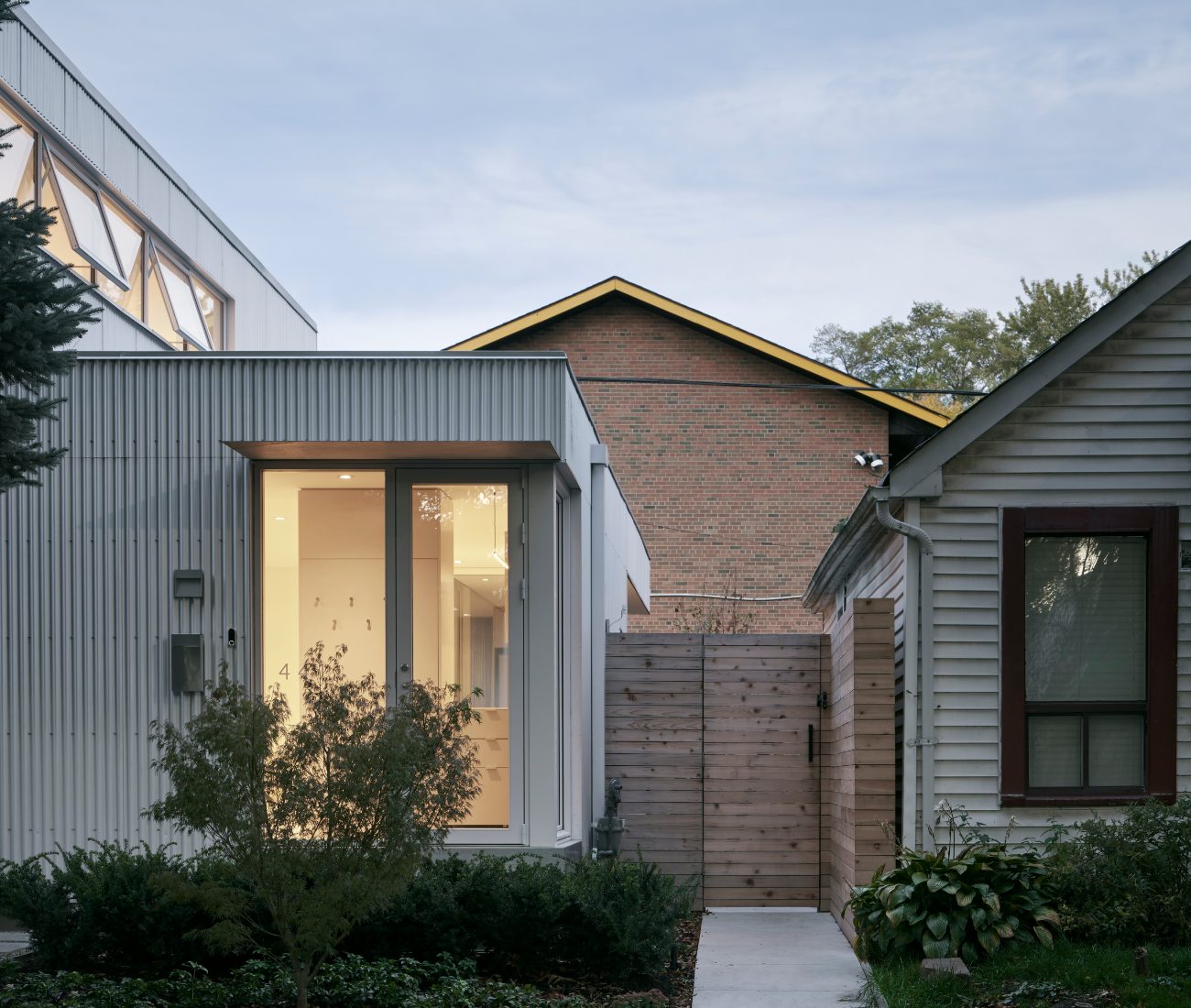 When architect Anya Moryoussef describes the East End bungalow she designed for Laurel Hutchison, a retired schoolteacher, she uses contradictory terms. “It’s a cocoon,” she says of the rebuild, “that has a magical connection to the outdoors.”

It’s easy to see how the home fits the protective bill. The tiny modern house (built by Desar Construction) is tucked away on Craven Road, an unusual thoroughfare where tiny cottages line one side of the street; the other is taken up by the densely treed backyards of houses on Ashdale Avenue. Like many of the neighbours’, Hutchison’s residence is a 70-square-metre bungalow with a narrow face that leaves little room for big windows and nosey views inside.

But this house is hardly a pod. As you step through the vestibule into the open-concept living–dining–kitchen area, it’s hard not to be awed by the sun washing down the walls, or to be delighted by the shadows of trees sweeping across the larch floors. Looking back toward the rear of the house provides a clue as to how Moryoussef achieved the inside–outside connection: the hall leading to the master, ensuite and painting studio is lined with glass and overlooks a leafy hidden courtyard.

Moryoussef’s wizardry is revealed by looking up. In the living area, the walls fold into a single sawtooth roof which is pitched toward a bank of clerestory windows. A similar origami-like move happens above the ensuite, creating an ethereal glow in the shower. The exterior cladding – undulating corrugated steel with a galvanized aluminum coating – further helps bounce light in through the expertly placed glazing. “The light scoop faces south,” says Moryoussef, “and as the sun moves, it changes the character of the spaces.”

Channelling the sun is one way that Moryoussef makes diminutive designs appear expansive, an effect that’s heightened when the illumination peeks in from an unknown source – from around a corner, maybe, or glowing from the end of a hall. “When you’re in a space that gets a lot of natural light, but you can’t see where it enters from,” explains Moryoussef, “the dimensions of the space you’re in seem to change, to expand.” Indeed, this is what makes Hutchison’s house so special: it draws you and the light in from outside and cocoons you. AMARCH.CA