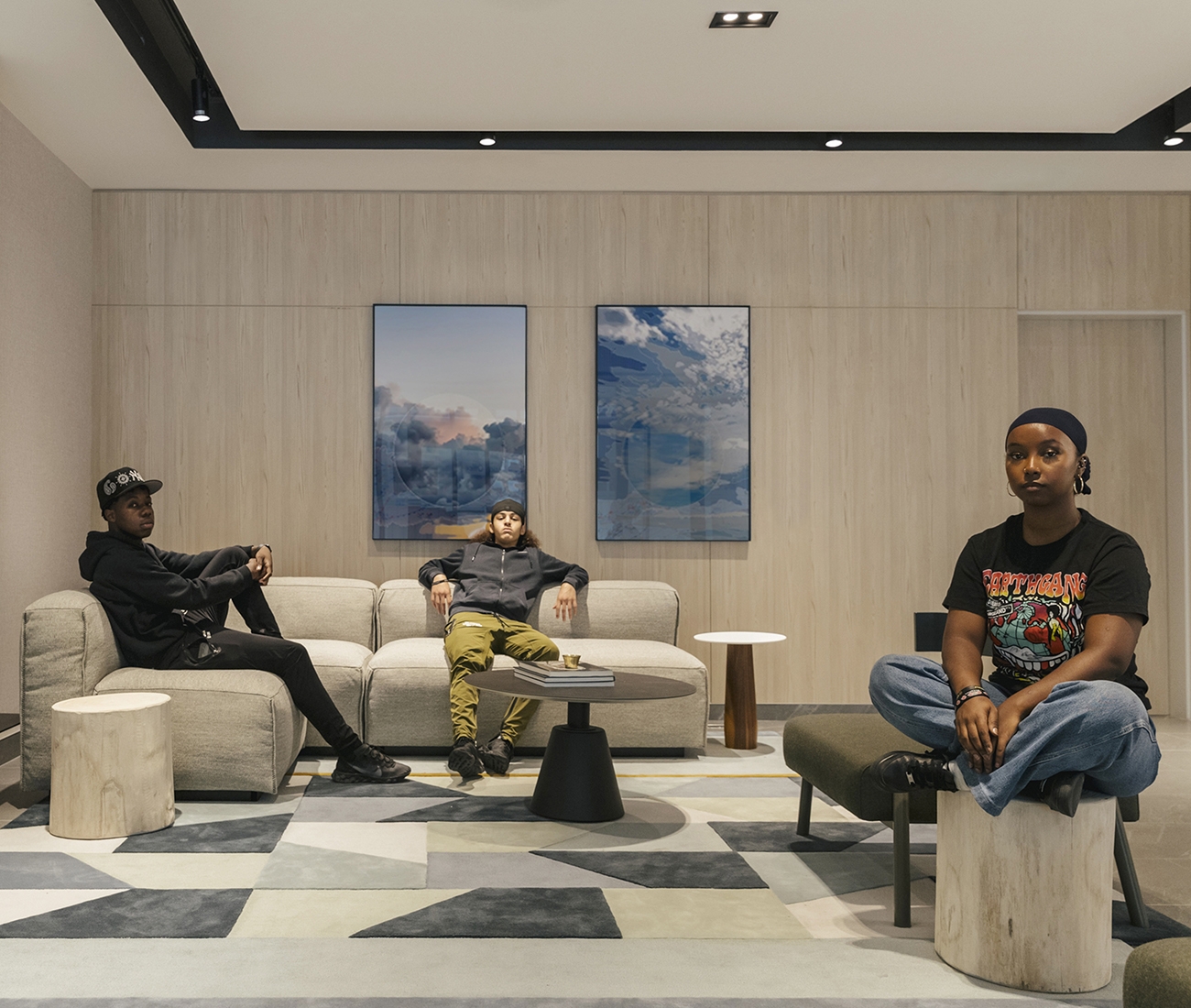 The Toronto firm’s newest condo building, dubbed DuEast, wants to remain in touch with its surroundings.

The history of Toronto’s Regent Park is fragmented. Long underserved by the City, the area has now become a prized site for new housing developments because of its proximity to the downtown core. Prior to these ongoing plans, Regent Park’s buildings consisted entirely of social housing — many of which had unfortunately fallen into disrepair. In 2005, the City instated the first phase of a new development for the neighbourhood — over 15 years later, the evolution is still in progress. A new development by Daniels Corporation — dubbed DuEast — has replaced one of the buildings that was once a part of this extensive network. With a broad range of experience working on multiple condo projects in Toronto and beyond, local interior design firm Mason Studio was presented the task of infusing the new development with modern yet pragmatic touches while deferring to the present and future inhabitants of the building. 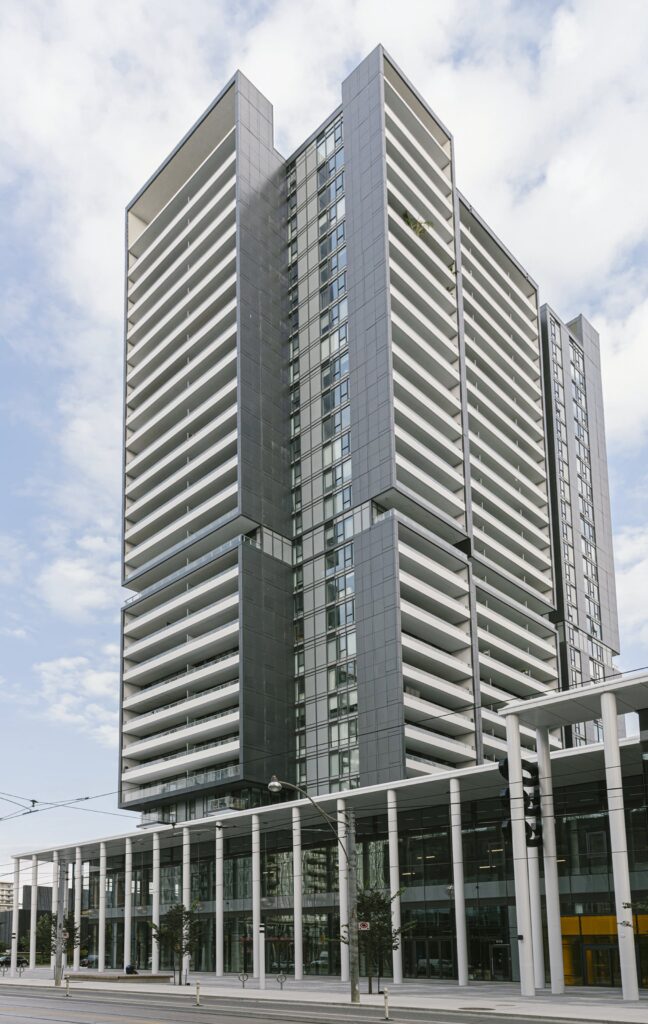 With Core Architects helming the architecture, Mason Studio was tasked with the interior design. But first, due diligence was needed — the studio researched the community’s history, prioritizing a comprehensive view of how they could help bring value to the locale. To deepen their own connection to the site, they also hired a student intern who had grown up on the site itself — and whose feedback became instrumental to the project as she connected her lived experiences to the redevelopment. “She helped us get connected with her peers, her friends, her family, to understand what their thoughts were about this building and what they thought could change,” says Stanley Sun, a founding partner at Mason Studio. Armed with this knowledge, the studio set out to create a space that would feel modern and fresh, but still welcoming and warm. 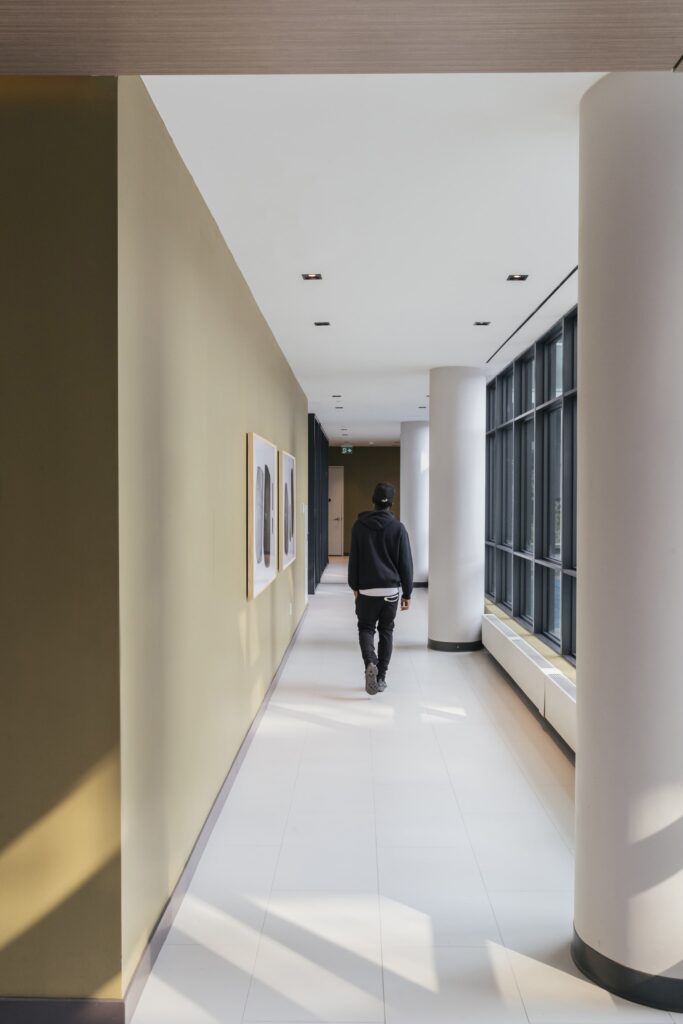 The firm worked closely with multiple artists from the community to obtain artwork for the building — a strategy which guided their design. “We wanted their voices to be present in the building and for them to have an opportunity to put their stamp on it,” says Sun. Mason Studio also partnered with Shoot for Peace, a Regent Park-based non-profit that provides youth in the area with cameras and training to develop their photography skills. The group was brought in to photograph the completed building at DuEast and to share what they saw — with the experiment resulting in striking portraits of the youth using the space as their own. 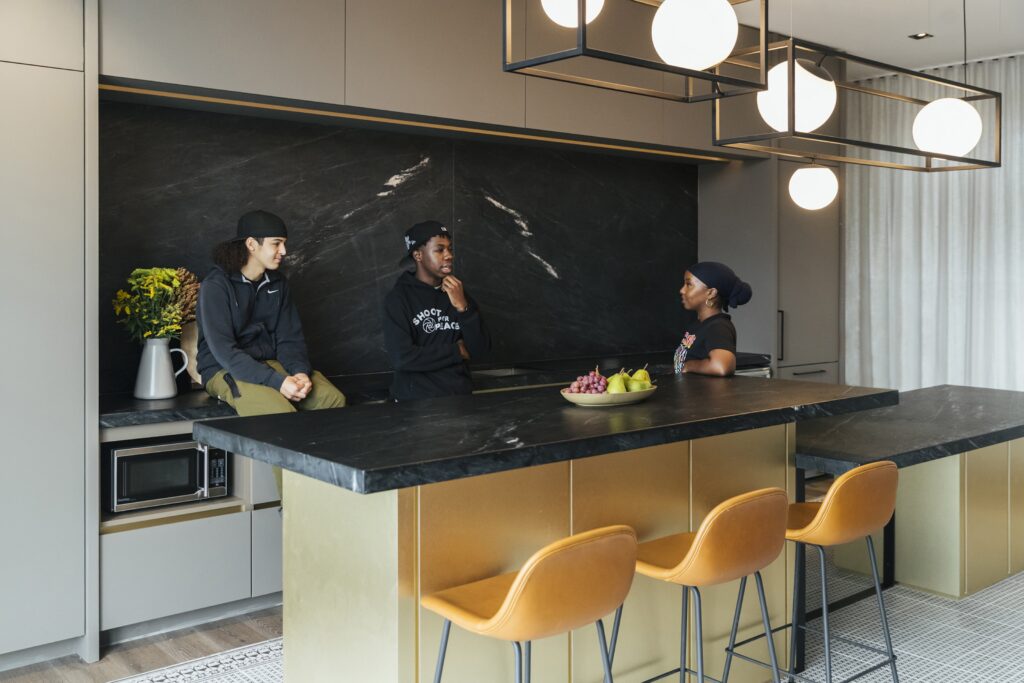 In each of the building’s lobbies, the focal point is a sleek fireplace surrounded by ample seating. “We decided to put a fireplace in because we were thinking about elements that humans naturally congregate around,” explains Sun. “Fire brings people together.” Some of the lobby seating is low to the ground and inviting while other pieces were made higher — and more suitable for the building’s older residents. 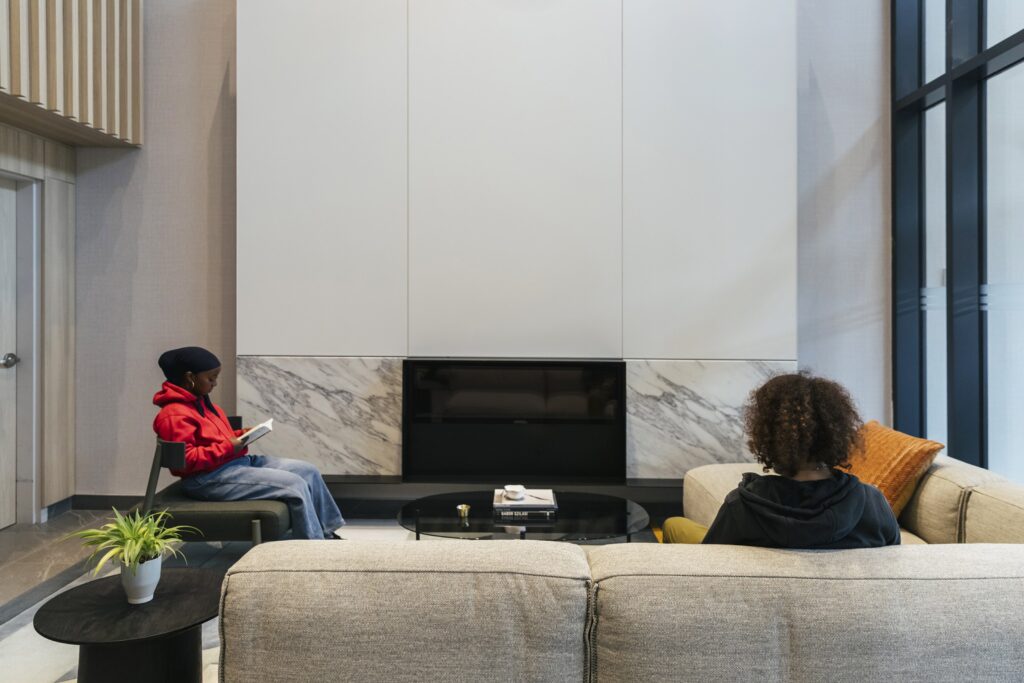 The studio also recognized that a gaudy lobby wouldn’t be welcoming to the building’s inhabitants. Rather than overdecorating, the studio reduced any superfluous detail — putting function and longevity first. In the amenity rooms, what looks at first glance like a regular wallpaper is actually a felted wall — decorative perforations in the ceiling also perform the double function of absorbing ambient sound, to create a laidback, quiet atmosphere. 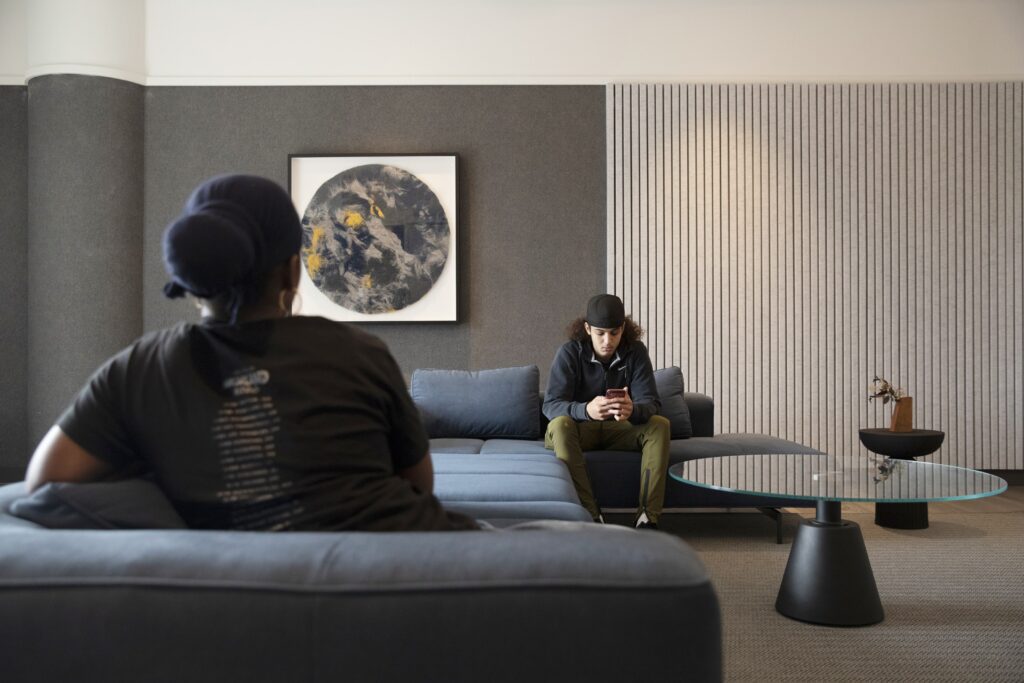 DuEast also boasts a variety of amenity rooms, like a kitchen, media room and party lounge. The amenities were decked out as extensions of the units themselves —the studio favoured natural and timeless materials, such as neutral stone and hardwood, to ensure the building would be able to evolve over time: “We wanted to allow the community to customize it in the future without dictating exactly what would be there,” says Sun. “Even though it is brand new, we didn’t want it to feel pretentious or exuding any kind of gratuity.”