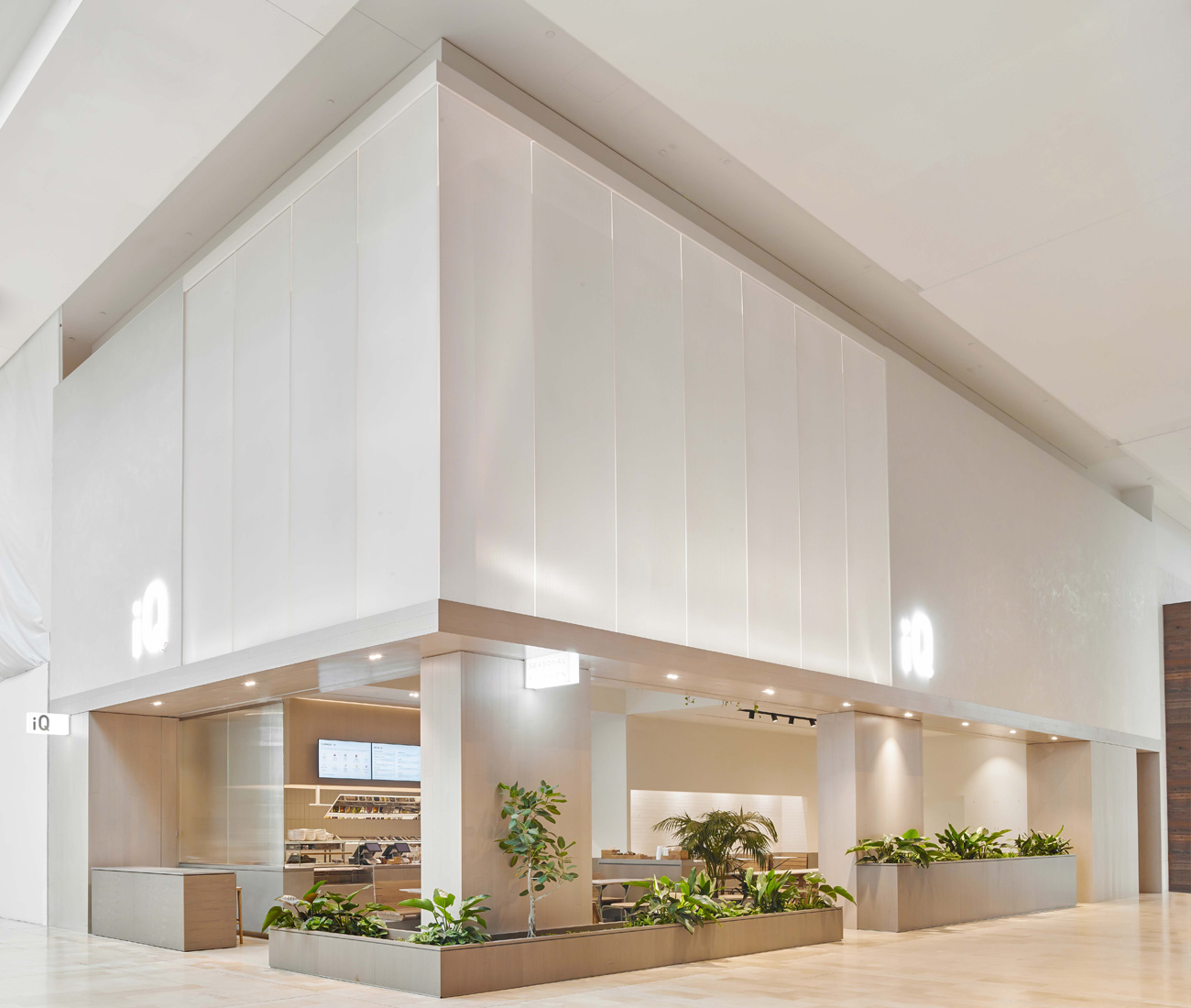 Brick and mortar stores communicate with the outdoors. Window displays, sandwich boards, and signage all tell pedestrians: come inside. Their facades, too, converse with the city’s built landscape. But how do store fronts entice people strolling through malls?

Although Mason Studio had already designed a plant and light-filled location for the eatery on King Street West, this project was unique. “Spatially, it’s much larger (almost twice as big), with a completely different footprint than the typically narrow and deep storefront retail stores on King Street,” they explain. 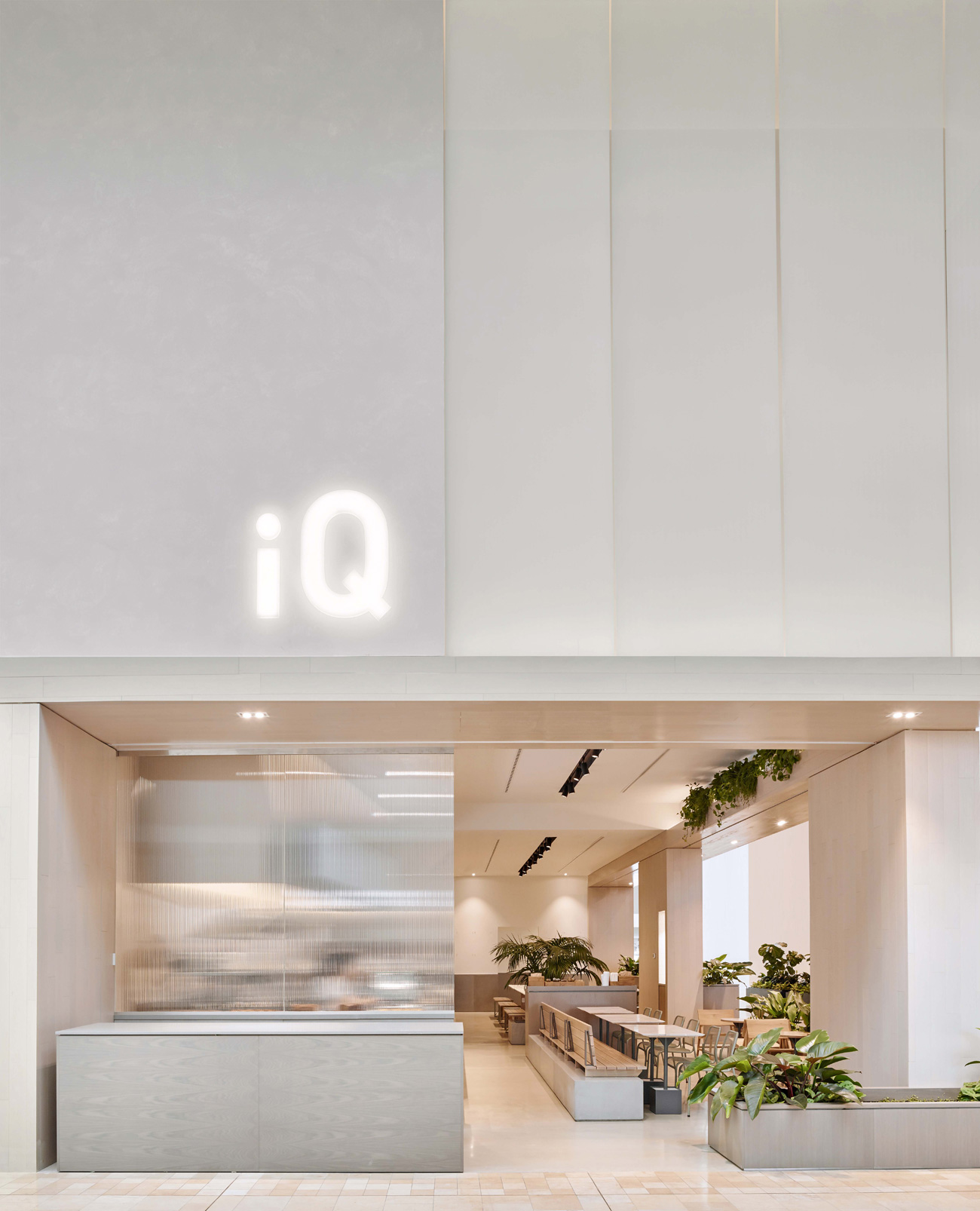 The mall’s high ceilings and grand, bright corridors allowed them to treat the restaurant’s exterior like a storefront. And so, iQ’s facade looks as if it were on the exterior of the building, rather than nestled indoors. “The intention,” says partner Stanley Sun, “was to take advantage of and exaggerate the expansive ceiling height in the building by creating vertical motions of metal mesh panels.”

The interior designers combined white and grey plaster, metal mesh and white oak plank wood to generate depth and interest. “The mesh is backlit to create a beacon in the mall and create a sense of entry. This technique creates a sense of visual weight while maintaining gravity and strength to withstand the wide span of the façade.”

Another angle reveals symmetrical blocking that exposes picture-frame views of the interior. “The transparent voids are contrasted by solid volumes finished with hand applied plaster selected because of its subtle and repeating texture,” says Sun.

One could imagine a similar design working in a warmer climate, where guests might wander into the eatery off the street. But although the brand — which cheerfully serves avocado toast, smoothies and healthy bowls — oozes coastal vibes, Mason Studio’s plan for the restaurant is “regimented, linear and formal.” From the line ups, procession through to ordering, food preparation and seating; everything runs according to a carefully laid out plan.

There are temporary, verdant breaks in the pattern, however. “The plants […] loosen the linear structures,” Mason Studio explains. Like hungry crowds of people, they leave the day-to-day reality of the design up to chance.

As Sun says, “the natural shifting arrangements and unknown growth patterns of the flora create the balance between manufactured form and natural unpredictability.” In many ways, the design reflects the food on offer at iQ restaurant: fresh and well-balanced.